Accessibility links
U.S. Postal Service Struggles To Deliver Mail After Holidays Amid Pandemic The U.S. Postal Service is still digging out from under an avalanche of mail sent over the holidays. Plus, the system has been strained by the impact of COVID-19 on its workflow and workforce. 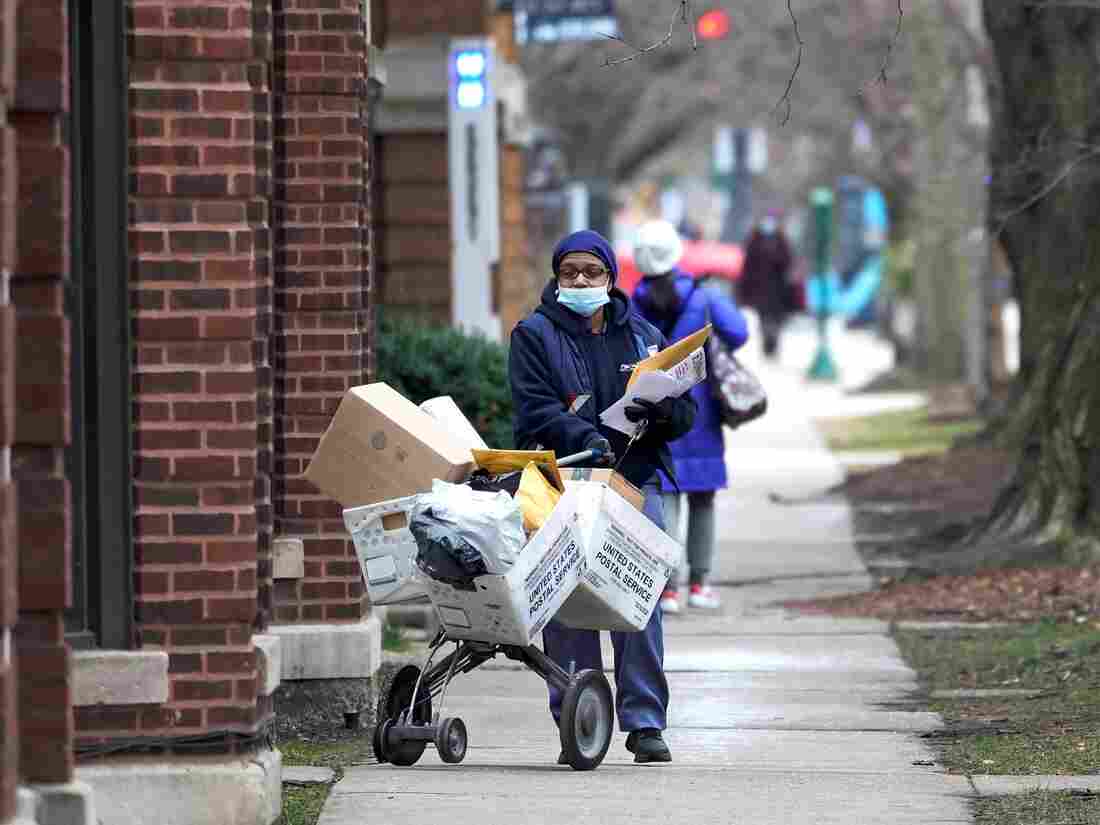 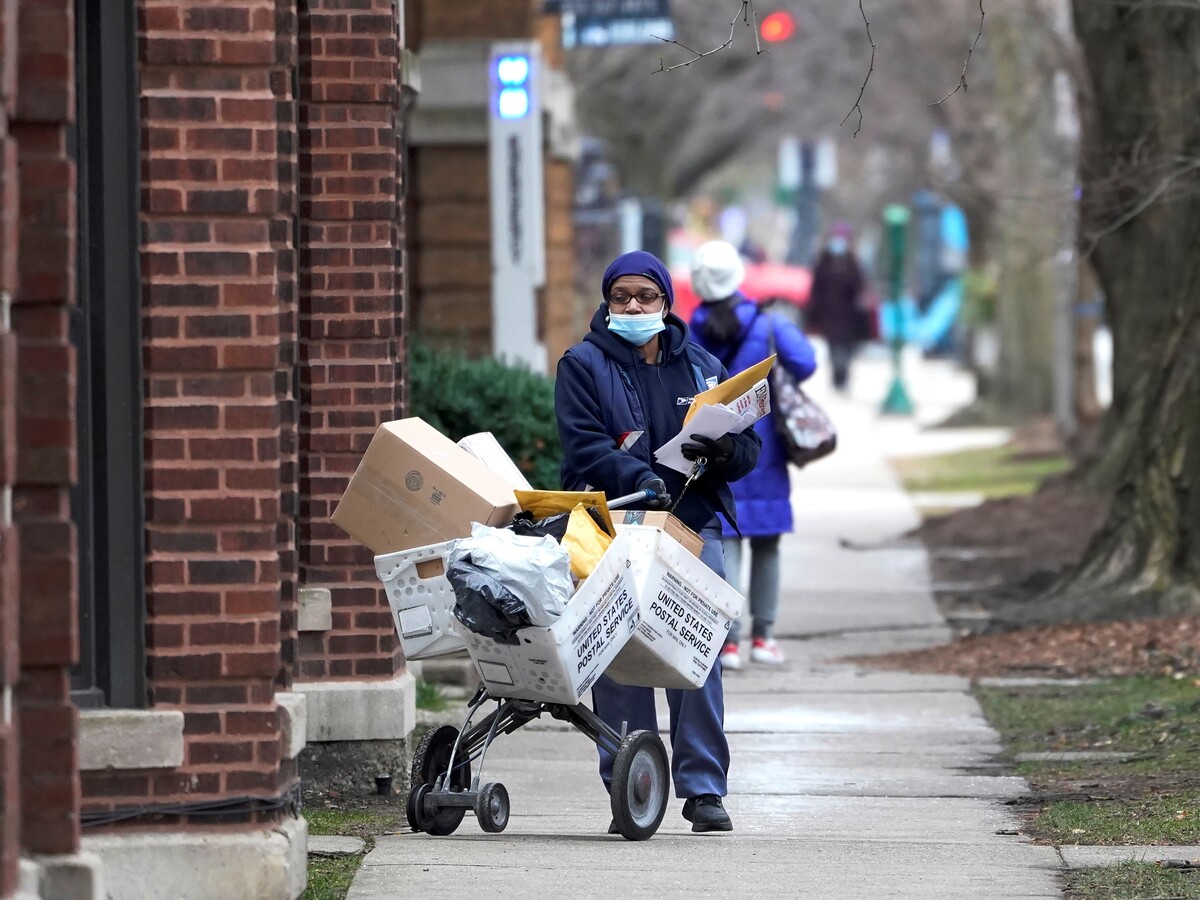 The U.S. Postal Service is still digging out from under an avalanche of mail sent during the recent holiday season.

But for much of the past year the postal system has been strained by the impact of COVID-19 on its workflow and workforce.

In addition, operational changes ostensibly designed to stop the system from hemorrhaging money helped create a backlog of mail.

And the head of the Postal Service pledges that more changes in the name of cost savings are coming soon.

Online shopping has skyrocketed during the pandemic as many customers sheltered at home.

Both the Postal Service and those who depend on timely mail deliveries are still coping with the result.

In cities such as St. Louis, postal workers are putting in 12-hour days and pulling extra shifts to make a dent in mountains of letters and parcels.

In Baltimore, utility customers are receiving bills in the mail that are already past due.

And outside the main post office in Detroit, Lucy Johnson says lost letters that should have arrived at their destination long ago are putting her house at risk.

"I got a bill back, my mortgage payment, and it said it was late last month," Johnson says. "I know I mailed it 10 days in advance, and they still charged me a late charge. Seems like the bills come on time, but when you mail them out, they don't get there on time. What's going on?"

The U.S. Postal Service has an answer at the very top of its official tracking page.

A disclaimer there notes the system is "experiencing unprecedented volume increases and limited employee availability due to the impacts of COVID-19."

That combination is making it tough on those at the other end of the mailbox.

So any given day we're six to 12 carriers short out of 60 routes. So there is days that it just can't get done.

"They just feel like there's no end in sight. Because usually [around] Christmas there's a month or two that it's hectic, it's crazy, you're working 12 hours a day. But this has been going on since the middle of March. So you're going on almost a year. And these people are exhausted," she says.

Union officials estimate as many as 14,500 postal employees are currently under quarantine.

"So any given day we're six to 12 carriers short out of 60 routes. So there is days that it just can't get done," Kowalczyk says. 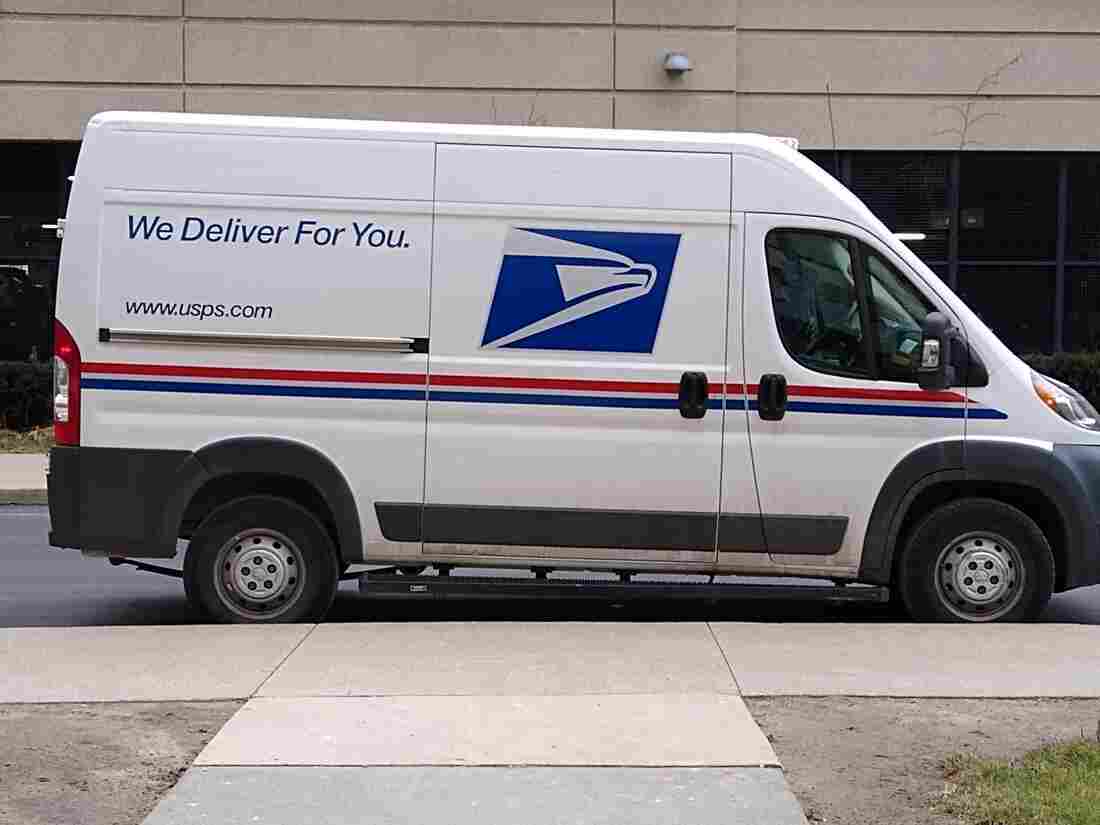 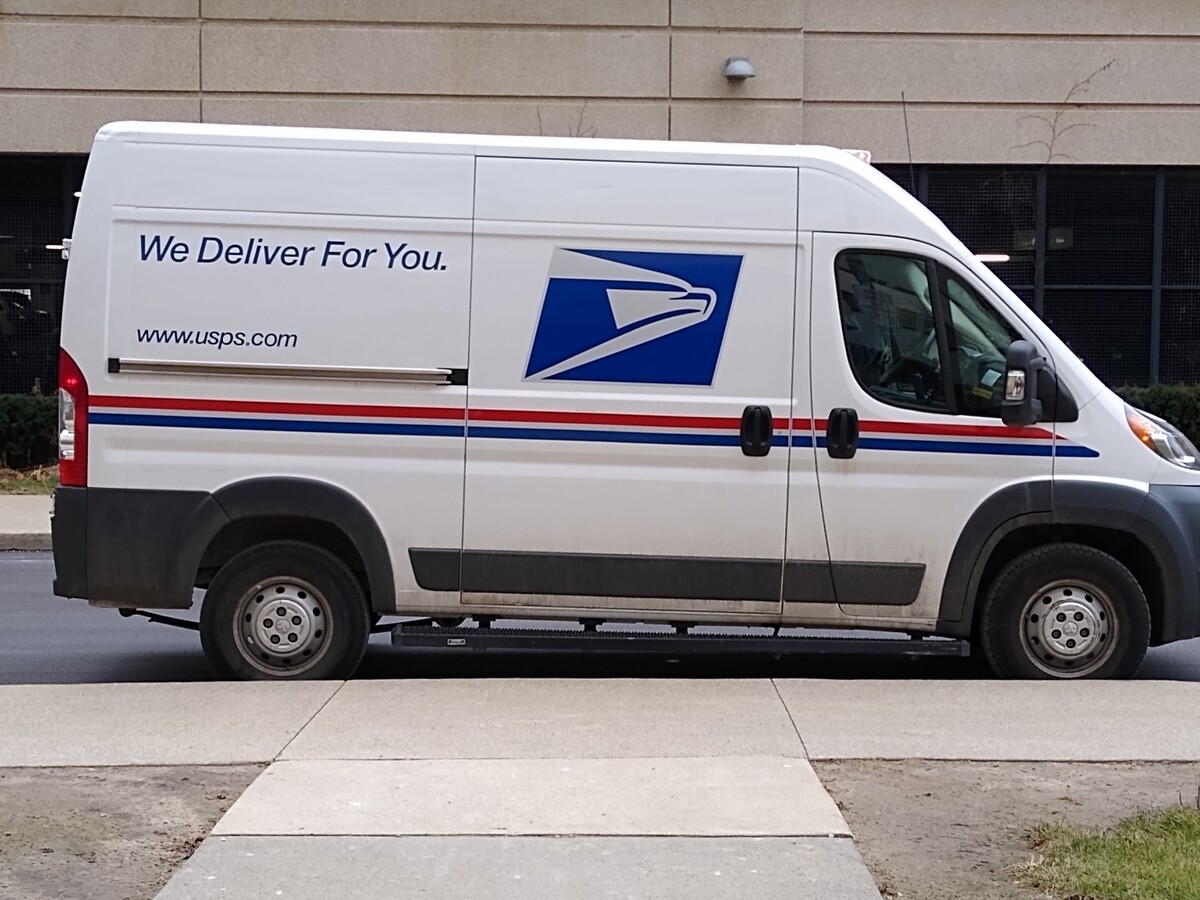 The U.S. Postal Service is still struggling to deal with mail sent during the recent holiday season.

Groups representing some of the nation's largest bulk mailers say certain major processing hubs were so overwhelmed late last year that they were "embargoed," and refused to accept any mail for a time as they attempted to clear the bottleneck of letters and packages.

Delivery trucks reportedly waited hours and sometimes even days before they could drop off mail at facilities in regions such as metro Detroit and Philadelphia, portions of New Jersey and some Southern states, areas hit hard and early by COVID-19.

Art Sackler, who heads the Coalition for a 21st Century Postal Service, which represents some of the nation's largest companies that rely on mail delivery, says the slowdowns pose a real threat to small businesses already on the edge financially.

"Small-town newspapers that depend on the Postal Service to arrive on Saturdays, so that people have the ads that they can use on Saturday when they go for their shopping. They couldn't even drop 'em off [at some post offices]," Sackler says.

The Postal Service has long been losing money as customers increasingly turned to relying on emails and e-commerce.

When Postmaster General Louis DeJoy took over last summer, he vowed to make the service more efficient and cost-effective.

He also required letter carriers to begin deliveries at a specific time each day and not return to a post office, even if it meant leaving some mail stranded.

As we begin the new year I want us to set a new tone. We will ... deliver affordable and dependable service to the American public in a self-sustaining business manner.

Federal courts blocked those orders, ruling that the Postal Service had to ensure that mail-in absentee ballots arrived on time to be counted in the November U.S elections.

By all accounts, the Postal Service made good on delivering ballots in a timely fashion.

But in a recent video to postal employees, DeJoy intimated his previous changes, as well as new initiatives to streamline the service, are coming in 2021.

He said, "As we begin the new year I want us to set a new tone. We will soon begin a process to deliver a Postal Service of the future that will deliver affordable and dependable service to the American public in a self-sustaining business manner."

Buried under packages, ravaged by COVID-19

The postmaster general's message worries some members of the U.S. Senate Homeland Security and Governmental Affairs Committee, which oversees the Postal Service.

Peters says the Postal Service is just that – a service — and can't be run like a business.

"And I'm particularly concerned that the postmaster general is focused primarily just on cutting cost. Certainly cutting cost is important. But you can't do it in a way that impacts service," Peters says.

Back near the Shelby Township post office, union local President Roscoe Woods says DeJoy's procedural changes helped delay delivering letters already buried under so many packages that the facility there had to erect a tent to house the overflow.

And Woods says COVID-19 continues to ravage the postal workforce.

He says some older employees took early retirement to avoid close contact with others at postal facilities or along delivery routes, while workers with children were forced to stay home as schools remained closed to in-person learning.

Woods says efforts to modernize operations in the future can only go so far.

"However automated it may be, however streamlined you can make it, it still requires people to move the mail," Woods says. "It still requires bodies sorting, 'cause not every address can be read by a computer, not every parcel can be sorted by a machine. They can try to cut bodies, and service will suffer."

Union officials say the Postal Service is keeping on about 10,000 temporary workers until the end of the month to help clear the massive backlog of mail.

But the Postal Service's total workforce is well over 600,000.

And those employees are still dealing with mail that keeps piling up as unprecedented increases in online shopping continue.

Most postal workers are next up to receive COVID-19 vaccinations.

And some union officials say the logjam of mail could ease as workers return.

But many involved with the service predict deliveries won't truly improve until the pandemic relaxes its grip on the nation.