Accessibility links
Imposter Syndrome: How To Overcome Feeling Like A Fraud : Life Kit Impostor syndrome: it's the voice in the back of your mind telling you that you're a fraud, and that your peers are all smarter and more creative than you. In this episode, host Diana Opong speaks with experts about how to squash that voice. 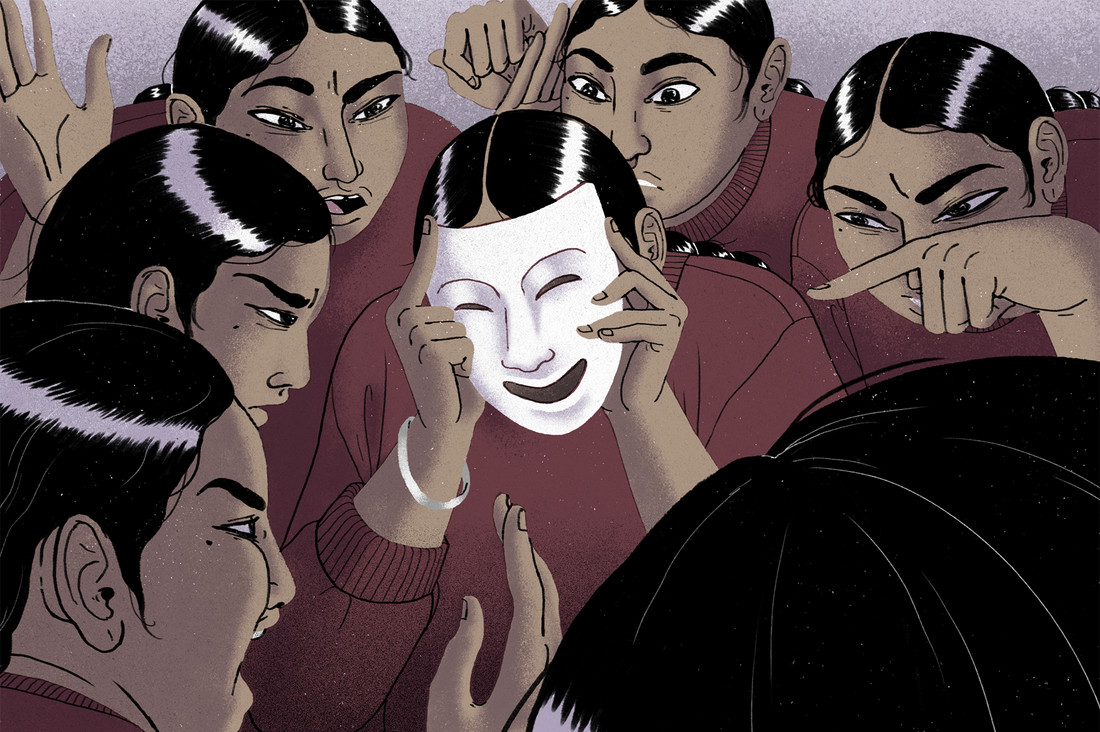 In 1978, as graduate students, Suzanne Imes and Pauline Rose Clance realized they both felt like they weren't good enough to be doing their graduate studies, and many of the female students they were teaching felt the exact same way.

"We actually coined the term impostor phenomenon," says Imes, a psychologist, "because [it] is actually not a syndrome in the medical sense of the word." The feeling isn't a disorder or something that can be diagnosed.

It's a sense among many high-achieving people "that they're not as intelligent, as bright, as creative, as able as other people think they are. And they live in a constant fear that somebody is going to find that out," she says.

Impostor phenomenon is prevalent across racial, social and gender groups but can impact men a bit differently. While various studies show that the phenomenon is more prevalent among women, some research shows that men with impostor feelings have more anxiety when they get negative feedback and exert less effort. Andrea Salazar-Nuñez, a licensed psychologist at the University of Washington in Seattle, says men often don't realize that what they are experiencing is the impostor phenomenon. She says, "They just right away internalize that 'there must be something wrong with me.' "

What we see, hear and read can intensify the feeling. "For people of color and especially women of color," says Salazar-Nuñez, "impostor syndrome is ... influenced by the messaging that we've received from day one."

"If you're in a context where you're in a minority, you're more likely to feel like an impostor," Imes added.

There is no magic cure for getting rid of feeling like an impostor, but the good news, Imes says, is that it will wane as you age. In the meantime, there are some tools to help manage the feeling when it starts to rear its ugly head.

How To Set Boundaries With Family — And Stick To Them

You have to name it. Before you can work through any of this, you have to be able to identify and understand it. Imes has a motto: "Less judgment, more curiosity. And it has to do with not judging anything about ourselves ... [but being] aware of what we're feeling." Instead of judging yourself when you feel like a fraud, ask yourself: "What am I really feeling right now?"

Then, take stock of your true talents. Have grace for yourself: no one is perfect, and we're all trying the best we can. A technique that Imes uses with her clients (and even for herself) involves making a list with three columns: the first, of things they're not so good at, the second, of things they're OK at, and the third with things they're very good at. "And you write all the things you can think of," she says.

Procrastination Is More Than Putting Things Off. Here's How To Kick the Habit

Acknowledge the roles of racism and oppression. Salazar-Nuñez says that it's important to "understand the full context of ... racial trauma and systems of oppression." In predominantly white spaces, people of color can battle to feel a sense of "belonging," and this challenge is only exacerbated by racism.

Ask for help. "It's incredibly important to connect with community," says Salazar-Nuñez. With a support system comes validation. Look to people you are hoping to learn from and accept that you don't have to be an expert — it won't make you look weak.

Take a break when the pressure is high. There are going to be good days and bad days, and your worth is not tied to the lies in your head. Take some deep breaths, get a good night's sleep or take a nap, if that helps. If exercise is your thing, do that too. Yoga, going for a run or even taking a walk around your neighborhood can help transform your mindset.

The podcast version of this story was produced by Sylvie Douglis.