Accessibility links
Rhye's New Album 'Home' Is About Coming Together, Even In Isolation Mike Milosh, the voice of the R&B collective, says creativity permeates every hour of his life — so he tried to make a sacred space for it while recording his new album, Home. 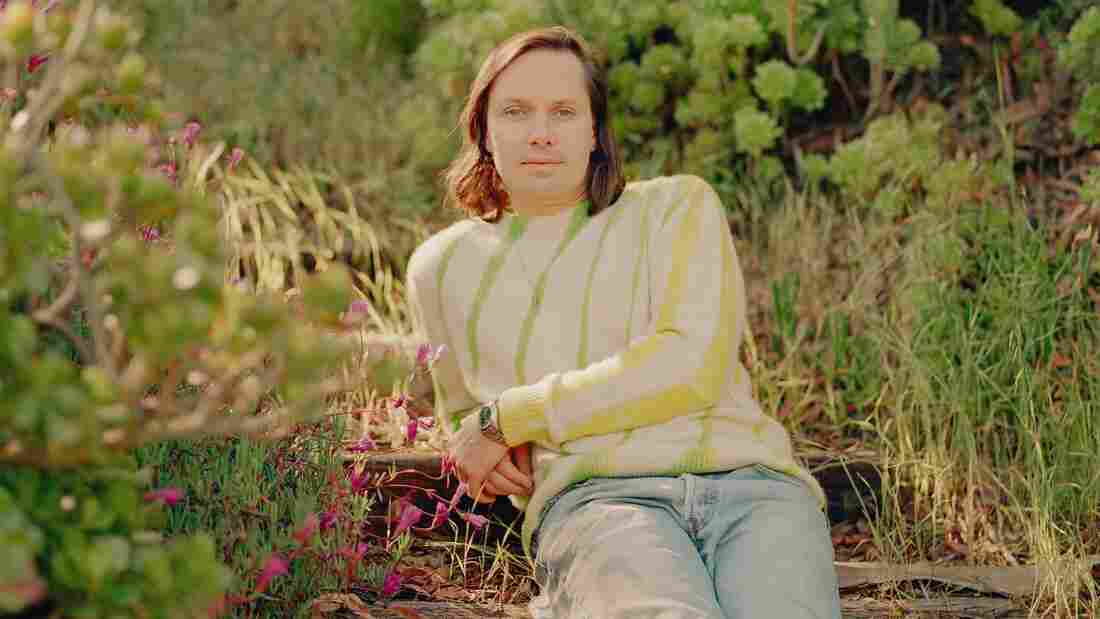 Mike Milosh says that Home, his latest album as the leader of Rhye, is a product of managing pandemic-era stress and fear alongside creativity. Emma Marie Jenkinson/Courtesy of the artist hide caption 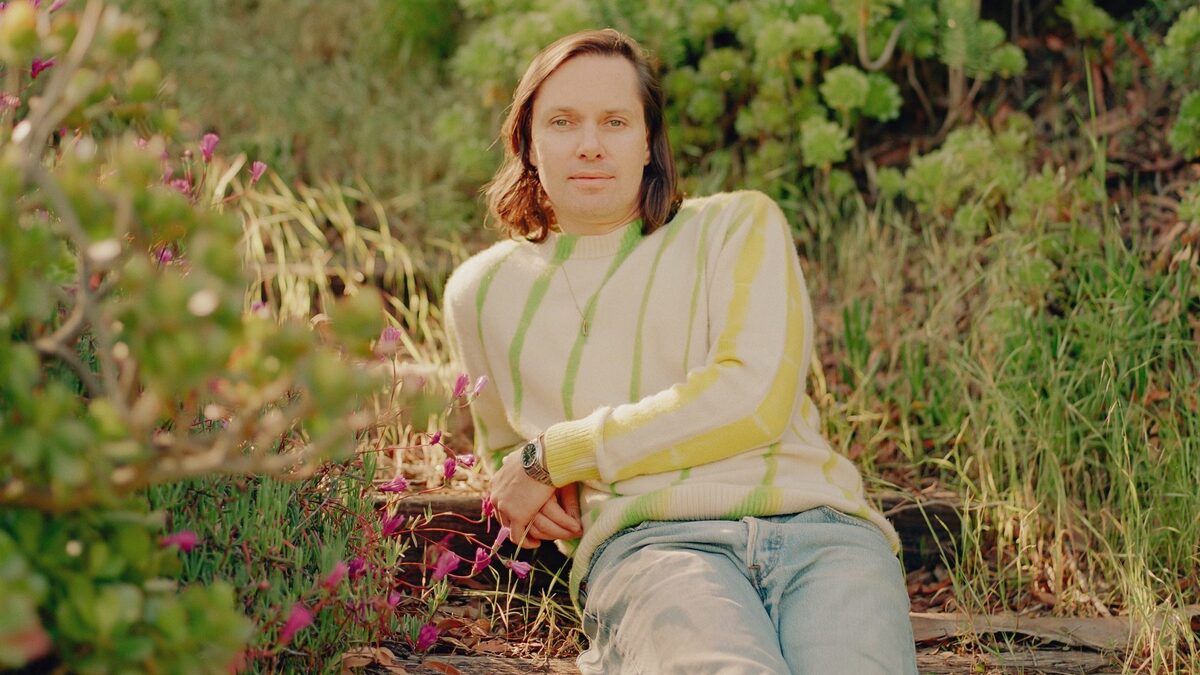 Mike Milosh says that Home, his latest album as the leader of Rhye, is a product of managing pandemic-era stress and fear alongside creativity.

Emma Marie Jenkinson/Courtesy of the artist

Home: It's where a lot of us have been spending our time since March 2020. For Mike Milosh, leader of the R&B music collective Rhye, the word has taken on new meaning — he's gone from life on the road to a more permanent idea of home at his house outside Los Angeles, where he created his latest studio album. But the sound of this record was conceived well before the pandemic: It began with the idea of wanting to include a choir, which led to Milosh inviting the Danish National Girls' Choir to come to the U.S. to record with him.

"It's kind of hard to describe the joy of being around a choir, but I'm singing the notes, and then they're re-singing them back to me, and then there's 50 people singing it," he says. "And like, it worked. I think that was the craziest part. It's probably the most overwhelmed I've felt in my entire musical career, just hearing this choir sing notes that I wrote — and overwhelmed in the best possible way."

Mike Milosh spoke with NPR's Ailsa Chang about the new Rhye album Home, out today, and how he's tried to manage fear and stress alongside creativity during this time. Hear the radio version at the audio link, and read on for an edited transcript.

Ailsa Chang: Why did you choose the Danish Girls' Choir specifically to sing with you? What was it about that group?

Mike Milosh: It all started because I did a concert with them in Copenhagen three years ago, and they did this beautiful show with me where we started the whole night with just the choir coming in from offstage and walking through the crowd. There was this moment where me and Ben, one of my keyboard players, were watching this choir come up, and we both couldn't ... like, I couldn't get a sound out of my voice. You're almost like crying for the sake of the music. There's no emotional trigger; it's not like I'm sad about something in my life. You're just overwhelmed by the beauty of the sound of the choir. That was that moment where I was like, "I know I need to get this choir on a record."

Your new album is called Home, which for a lot of us feels like what this whole last year basically was, for better or for worse. So, I'm just wondering, what has the idea of home meant to you, as you made this album during the pandemic?

In retrospect, it almost seems mean that I called the record Home, because I had named it before the pandemic happened. I purchased this home in Topanga, which is kind of on the border of Malibu up in the mountains, knowing that I wanted to have a sacred, creative space. I pretty much merge my whole life with creativity; I don't compartmentalize it that much. My partner as well, we wanted a home that was very conducive to being creative, being a little bit away from the city. So, home to me is that merger of the ability to do what I do, which is create music, and do a lot of photography, do a lot of video, do a lot of editing myself. When we found this place, it looked like the perfect scenario for that, and it has been.

Even though you're somewhat removed from the terrible COVID surge happening in LA right now, one of your songs touches on another thing that has made living in California stressful: the wildfires. There's a song called "Black Rain" on your album; what is this song capturing for you?

It was really strange: I didn't really understand, myself, why I was singing this whole "Black Rain" thing. And then very soon after, we get these wildfires, and we were literally seeing soot falling from the sky and landing on the driveway, and it was all over the windshield of our car, and it's on the roof of our house. That's actually a really terrifying feeling. [My partner] Geneviève, her mom lost her house in Big Sur five years ago from a forest fire; it's very triggering for her. These forest fires are really, really, real — they're not just some distant mountain where you don't know where it is. I think we've called 911 three times for fires that we saw the beginnings of. And like me and Geneviève about talk a lot, you've gotta kind of manage your fear.

I want to end our conversation on the song "My Heart Bleeds." There's a line that goes, "Like it or not, we've got to feel some change / Come together now/ Like it or not, this place has got to move in different ways." Tell me what you're saying there.

A friend of mine, Austin, who is on the song with me, his cousin was attacked. Like a racial crime — she's Black, and someone had stabbed her. And she luckily is okay. But it really, really bothered me. The Rhye project, I've always thought ... it's not a very political project, because I want to have a project that's very inclusive. So this song, it's just calling out to people to say, we need to be together. We need to be unified. We need to appreciate each other and come together and move forward. It's not hyper-politicized in the lyrics, but in my intention and my feeling, it's a strong social message, because the hatred that feels like it's rampant in the U.S. is ... it's incredibly grotesque to me, and I'm not trying to add to the grotesqueness of it. I'm trying to ask people to let it go.

Speaking of moving forward, as you put this music out into the world today, what are your hopes for 2021?

They're probably very similar to everyone's. I want to be able to go to restaurants. I want to give my friends hugs and not be all worried about it. I really want to be able to visit my parents easily, without a lot of tension and stress around it. I obviously want to be able to tour. I really want people to be not scared of each other. It's necessary, but the fear that people feel, I would love to see that dissipate, and us return to a state of normalcy. And when we do return, I think the new normal should be highly appreciative of those times, you know? It shouldn't just be like, "Oh yeah, we're going to a concert." It should be like, wow, it's amazing that we can see things again, and we can be around people again. So, that would be my hope.