Accessibility links
Asylum-Seekers Hope Biden's Pledge To Welcome Immigrants Includes Them One of the most daunting immigration challenges facing the Biden administration is what to do about the multitudes of migrants who want asylum protection in the United States. 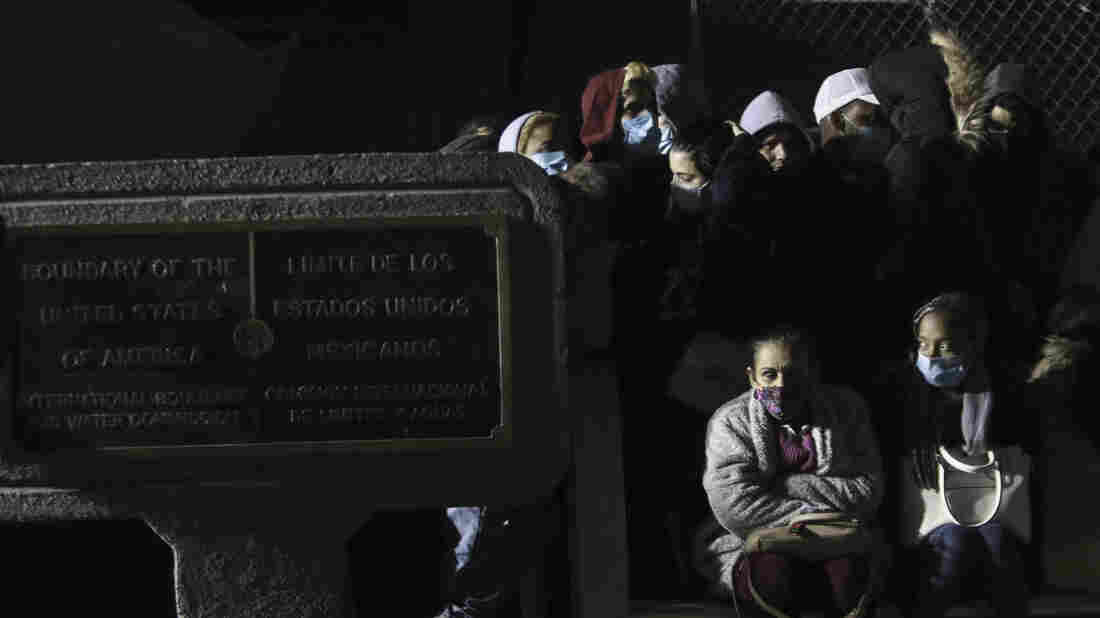 Migrants, mainly from Cuba, occupy the Mexican side of the Paso del Norte border bridge, where a plaque marks the border line, as they protest to be allowed into the U.S. to apply for asylum in Ciudad Juarez, Mexico, just before midnight on Dec. 29, 2020. Christian Chavez/AP hide caption 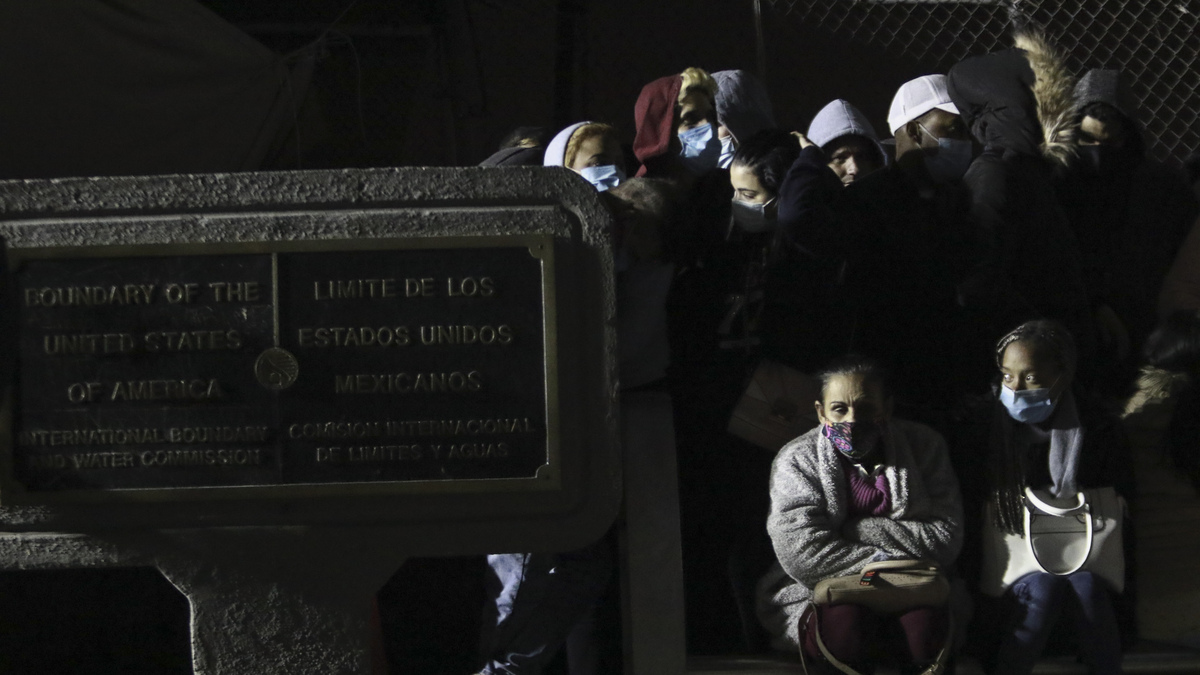 Migrants, mainly from Cuba, occupy the Mexican side of the Paso del Norte border bridge, where a plaque marks the border line, as they protest to be allowed into the U.S. to apply for asylum in Ciudad Juarez, Mexico, just before midnight on Dec. 29, 2020.

Earlier this week, Guatemalan police beat back a caravan of thousands of Hondurans who were beginning the long trek to the United States border. Moreover, conditions driving people from their home countries — crime, violent spouses, joblessness and hurricane destruction — are not going away.

And this is what makes Texas border mayors nervous.

"It's not difficult to predict that we're gonna see some more individuals coming across our borders," says Trey Mendez, mayor of Brownsville, Texas. "So any sort of policy that may allow more individuals to cross is something we want to coordinate with the federal government."

One of the most daunting immigration challenges facing the new president is what to do about the multitudes of migrants who want asylum in the U.S. The Trump administration had all but shut down the asylum system. As a result, there's huge pent-up demand for asylum protection.

But local officials on the U.S.-Mexico border are anxious to avoid a humanitarian crisis like the ones we've seen in recent years. And senior Biden advisers say they can't overhaul the asylum system with the flick of a switch. They say it will take months to increase processing capacity and create fairer asylum policies.

Across from Brownsville, 600 refugees are living in Matamoros, Mexico, waiting to find out if the U.S. government will grant them asylum.

Thousands of asylum-seekers are waiting in the squalid Matamoros camp and in shelters in inhospitable Mexican border cities like Tijuana, Juarez and Reynosa. Trump's policy required that asylum-seekers wait in Mexico, rather than letting them into the U.S. to await their court hearings, because some of them disappear into the interior after they lose their asylum cases.

"The cold. The wind. When it rains there's mud. Lots of mosquitos," says Sandra Isabel Zuniga, a 38-year-old Honduran refugee who lives in a flimsy tent with her 13-year-old son in the Matamoros camp.

"Lots of rats! The rats get into all of our belongings."

Zuniga say she fled an abusive husband and arrived last March — just as U.S. authorities shut the border because of the coronavirus pandemic. To pass the time, Zuniga sews flowery COVID masks, and teaches at the Sidewalk School, which offers free instruction to migrant children waiting in Mexico.

"Now that there's a new president, I'll keep praying that God touches his heart and they come up with a strategy to help us here," she says. "Life is really rough here."

Human Rights First and Physicians for Human Rights have documented appalling conditions for an estimated 25,000 refugees waiting along the Mexican border: kidnapping, extortion, and physical and sexual violence.

Hours after his inauguration, Biden signed an order suspending the Remain in Mexico program. But he told the immigrants to stay put while his Homeland Security Department fashions a new plan. 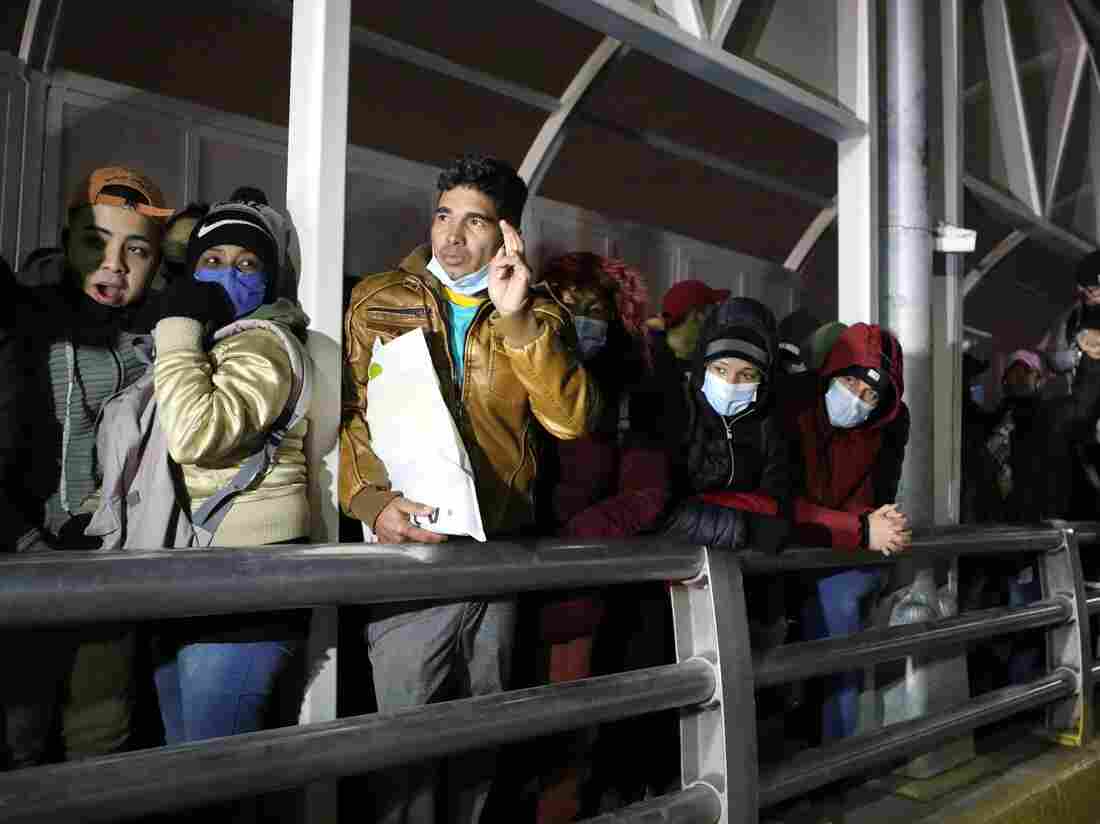 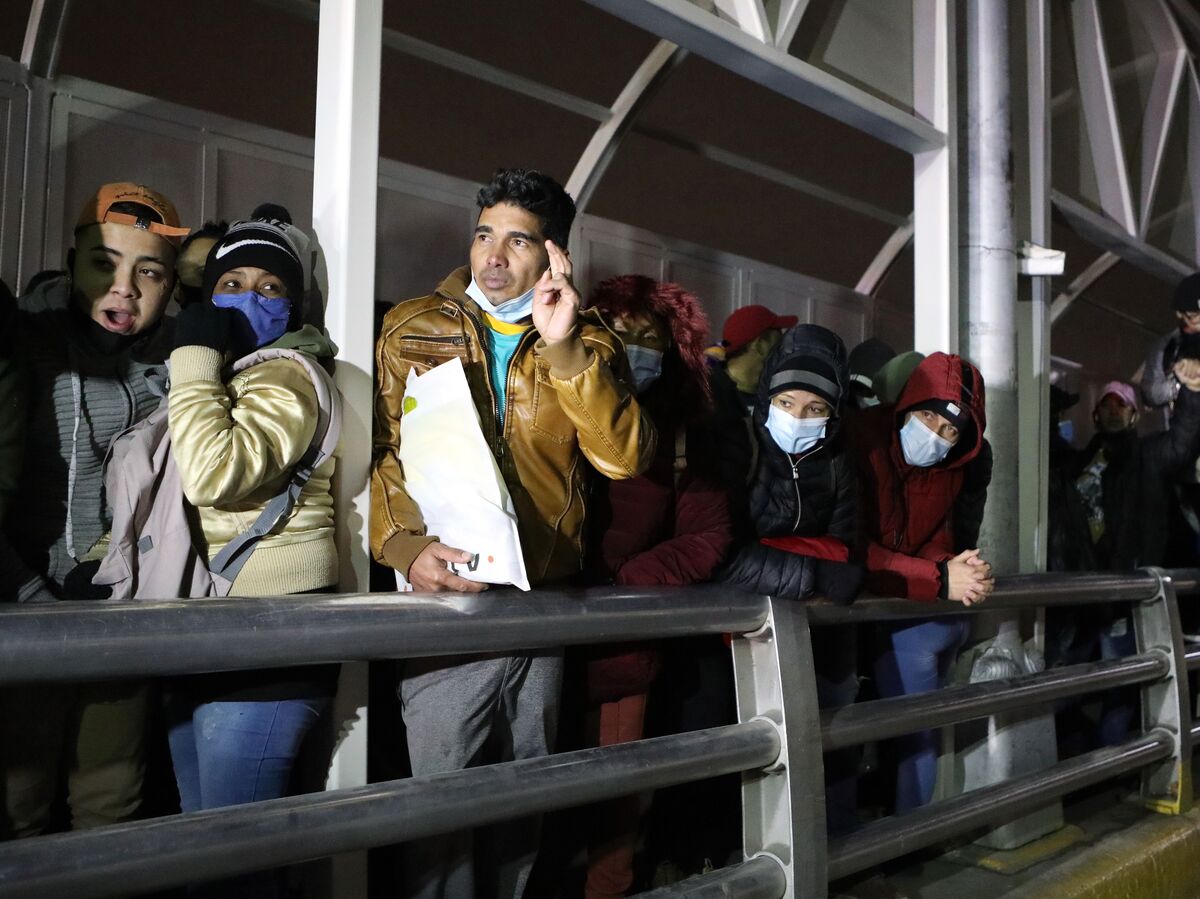 Cuban migrants block the Paso del Norte-Santa Fe international bridge between Mexico and the United States, to demand that the Trump administration allow them to wait for their asylum process on U.S. soil, in Ciudad Juarez, Mexico, on Dec. 29, 2020.

Right after Christmas, federal agents shut down a border crossing between El Paso and Juarez, Mexico, when hundreds of frustrated asylum-seekers — mainly Cubans — protested on the international bridge. This week, El Paso's Office of Emergency Management made preparations for new surges of immigrants.

In McAllen, which experienced a humanitarian crisis in 2018, Mayor Jim Darling remembers when the Border Patrol was dropping off as many as 1,000 immigrant mothers and children a day at the downtown bus station. He says he doesn't want to see that happen again.

"You know, we can't have everybody in Central America come here," Darling says. "The educational, health, and all the concerns they have they'll bring with them to this country. That makes no sense. We can't afford it. And we have to take care of our own."

Back in 2018, Sister Normal Pimentel, director of Catholic Charities of the Rio Grande Valley in Texas, was overseeing a shelter that received hundreds of immigrant families a day.

"It was unbelievable for me to see humanity in such a hurting, suffering state," she recalls.

The truth is most U.S. immigration judges deny the sorts of asylum claims brought by Central Americans. Still, Pimentel thinks whatever the Biden administration comes up with will be a dramatic improvement over the Trump years.

"It's my belief that the United States has the power and the capacity to respond correctly to do the job," she says. "We do. We just haven't put our efforts in the right place. Don't just put them altogether as all criminals, because they're not."

She's hopeful the new administration will create a new paradigm that maintains border security but respects the claims of people who come seeking protection.