Accessibility links
Refugee Resettlement Coordinator Is Hopeful For What Comes Next Under Biden Corine Dehabey runs a group that helps resettle refugees in Toledo, Ohio. She says her organization is "hopeful" and "excited" about Biden's plan to raise the number of refugees allowed into the U.S.

Listen · 4:07 4:07
Refugee Resettlement Coordinator Is Hopeful For What Comes Next Under Biden 4:07 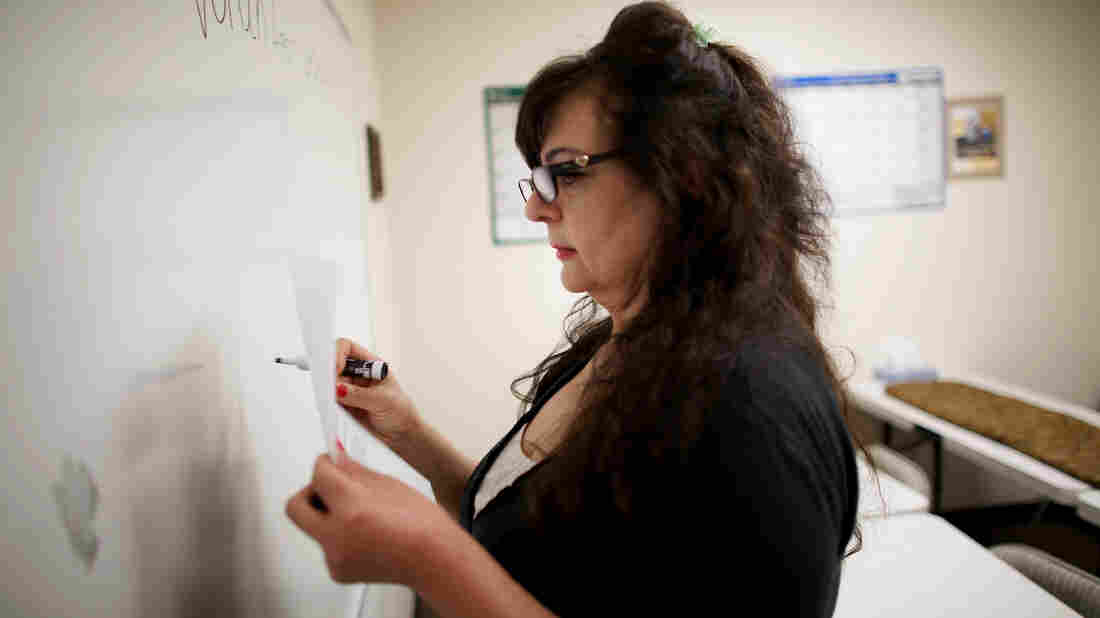 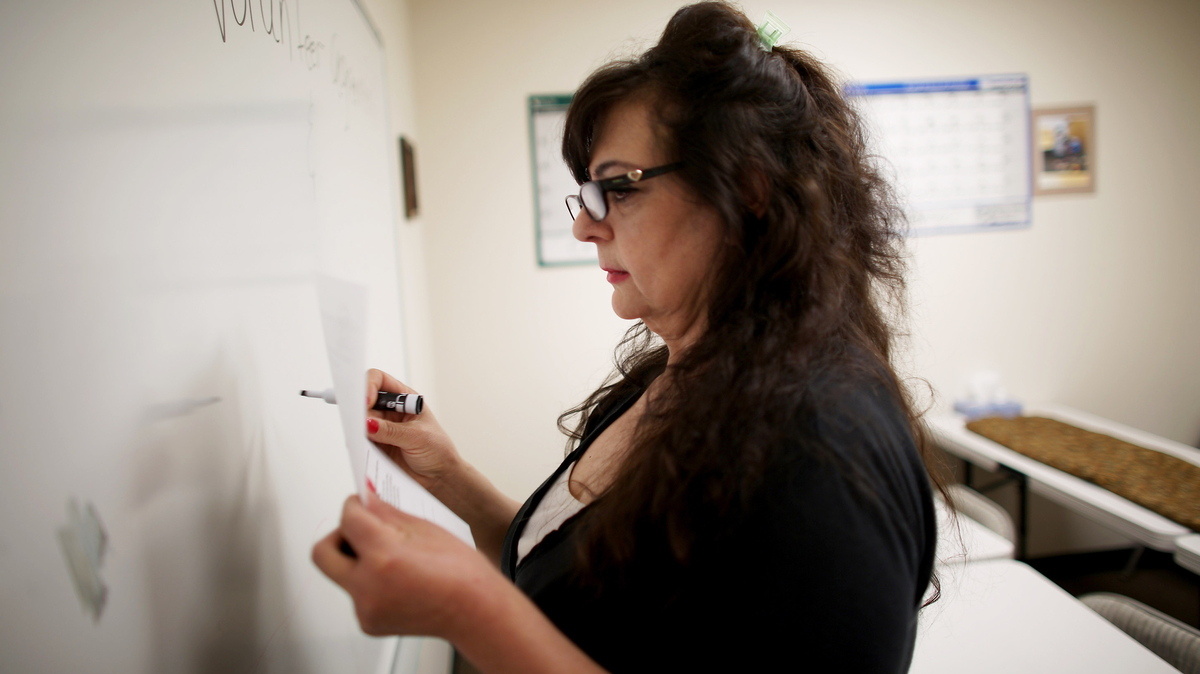 Corine Dehabey, the director of programs for the Toledo office of US Together, pictured in a 2017 story. Today she says her organization is hopeful and excited for the changes coming under President Biden.

Aid groups who help resettle refugees in the U.S. are hopeful about what President Biden's actions will mean for people fleeing persecution.

In one of his first acts in office, Biden revoked the Trump administration's travel ban on people from majority-Muslim countries and has promised to lift the cap on refugees. Under Trump, the cap was lowered each year, hitting a record low of 15,000 for fiscal year 2021. For comparison, the Obama and Bush administrations usually allowed for a cap of at least 70,000 to 80,000 refugees each year.

In Ohio, Corine Dehabey says her organization is feeling "hopeful" and "excited." Dehabey is director of programs for the Toledo office of US Together, a refugee resettlement group.

"It was really slow in the past four years," she tells Ari Shapiro on All Things Considered. In 2017, Trump's first travel ban created chaos and confusion. Parents who were expecting to be reunited with their adult children in the U.S. were left separated and waiting. Flights were canceled.

She had to talk to families stuck in the middle. "We tried to be positive, but, at the same time, we gave them the truth," Dehabey told NPR in January 2017.

Dehabey says US Together "had quite a few program cuts."

"Honestly, we struggled, but we pulled it through and it was a little bit of agony to keep the programs live and up and running," she said.

Her group was able to stay operational, but dozens of resettlement offices around the country have been forced to close.

Among The Lucky Few: Syrian Family Rebuilds In America's Heartland

With Biden's changes, Dehabey says she's already getting calls from people hoping to resettle in the U.S. One of her clients is a man with an adult daughter and son who haven't been together in close to five years, but they're hopeful they can see each other soon.

"What makes the United States unique," Dehabey told NPR in 2015, is that "everybody comes together to help" people in need. She noted at the time that US Together is an affiliate of the Hebrew Immigrant Aid Society, which has its origins helping Jewish refugees. Much of their donations now come from Christian churches to help Muslim refugees from Syria.

She's held onto that view, even through the last several years.

"My view is humanity existed way before religion was formed. And God put us on Earth to lean on each other and to help each other. And that's what [the] United States is all about. One hand holding other hands."