Accessibility links
Engine Failure And Crew Error Responsible For Fatal 2020 Crash in Afghanistan An Air Force investigation revealed that the left engine of the aircraft failed. The two pilots onboard mistakenly shut down the right engine and were unable to glide back to base. 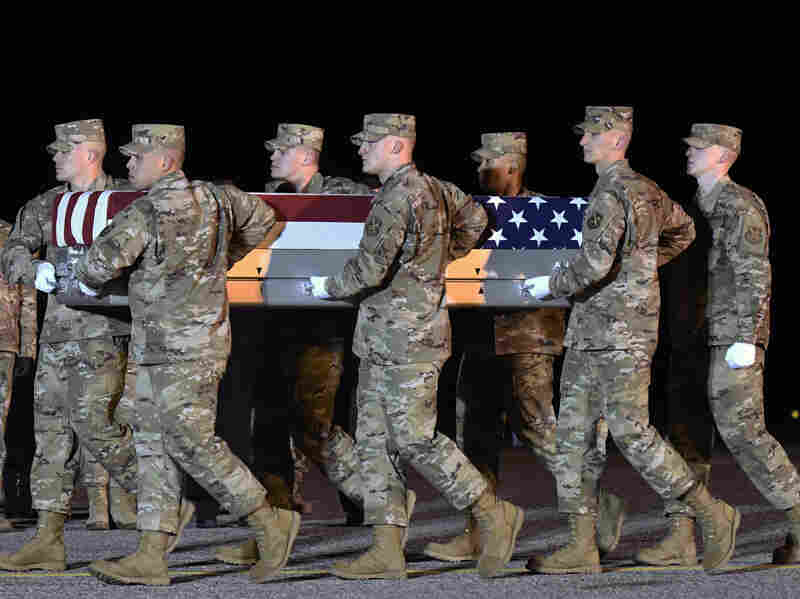 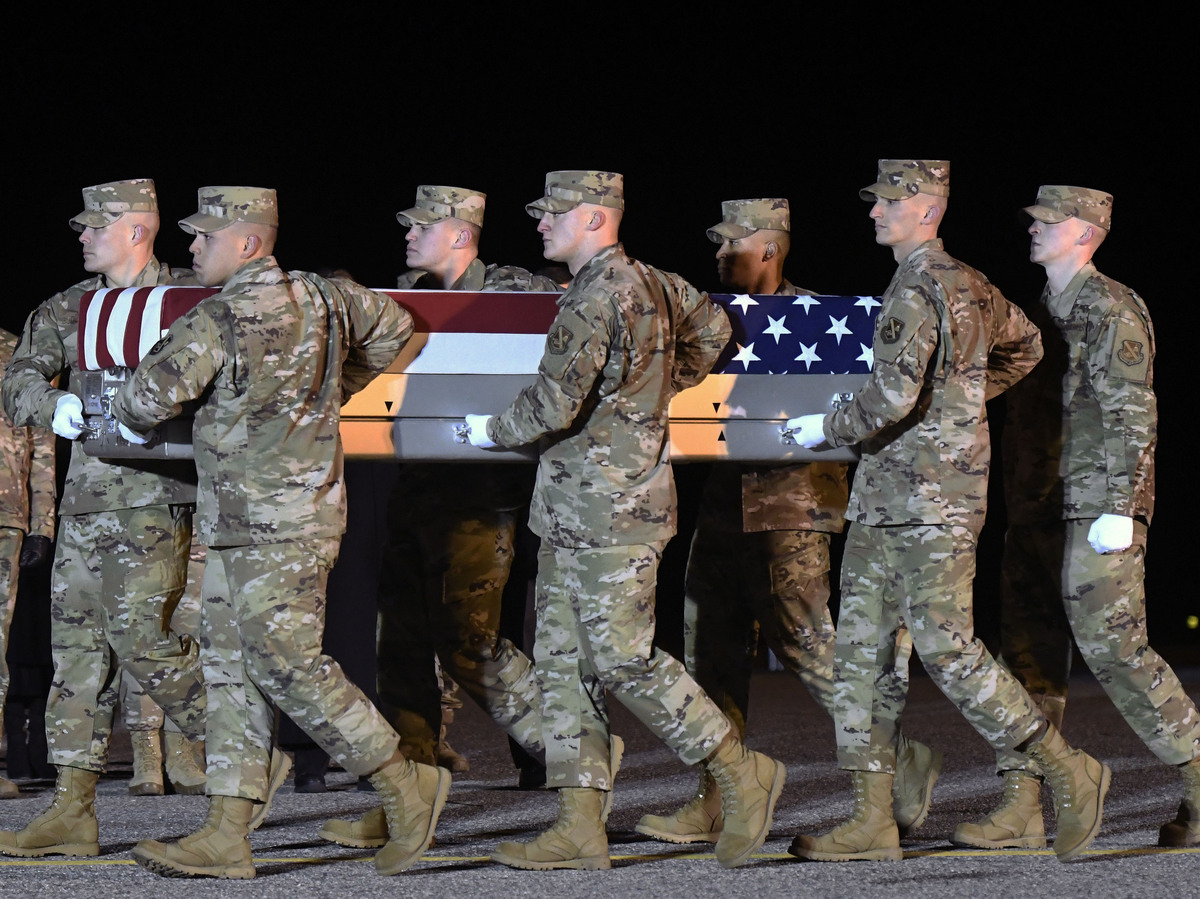 The remains of Lt. Col. Paul Voss return home, Dover Air Force Base, Del. Voss was one of two Air Force aviators killed in a crash in Afghanistan last January.

A report released by the U.S. Air Force Thursday determined engine failure followed by crew error was responsible for a plane crash in Afghanistan late last January. The two Air Force aviators aboard the Bombardier E-11A aircraft died in the crash.

Lt. Col. Paul Voss, 46, and Capt. Ryan Phaneuf, 30, were assigned to the 430th Expeditionary Electronic Combat Squadron in Afghanistan at the time. The investigation, conducted by the Air Force's Air Combat Command, revealed that one of the pilots was flying a combat mission and the other was conducting a qualification training mission. The two had never flown together.

The aircraft took off just after 11 a.m. on Jan. 27, but one hour and forty-five minutes into the flight one of the engines sustained a catastrophic failure. A fan blade broke free, shutting the left engine down. The noise was heard in the cockpit and then vibrations were felt, the report said. But Voss and Phaneuf mistakenly assumed the aircraft's right engine, not the left, had been damaged or failed. They shut it down, resulting in a dual engine out emergency.

At the time of the incident, the aircraft was 38 nautical miles from Bagram Airfield and only 17 miles from Kabul International Airport. But the crew attempted to return to Kandahar Airfield, 230 nautical miles away. "Mayday, Mayday, Mayday ... .it looks like we have an engine failure on both motors, we are proceeding direct to Kandahar at this time," the crew radioed.

The two aviators were unable to restart either engine and had attempted to glide all the way back to Kandahar. After realizing they didn't have the altitude or airspeed to make it home, they changed course for Forward Operating Base Sharana. The aircraft crashed 21 nautical miles short of the base. The plane was destroyed and both aviators were killed.

"This tragic accident and the loss of these two Airmen will not be forgotten," said Gen. Mark Kelly, commander of Air Combat Command. "These Airmen gave the ultimate sacrifice in service to the nation while deployed supporting an overseas combat mission. They should be recognized and remembered for their dedication and bravery."