Accessibility links
Italy's Prime Minister Quits As COVID-19 Response Splits Coalition Government Giuseppe Conte handed in his resignation Tuesday following weeks of political uncertainty and the loss of a coalition partner over his handling of the coronavirus' second wave and economic recovery. 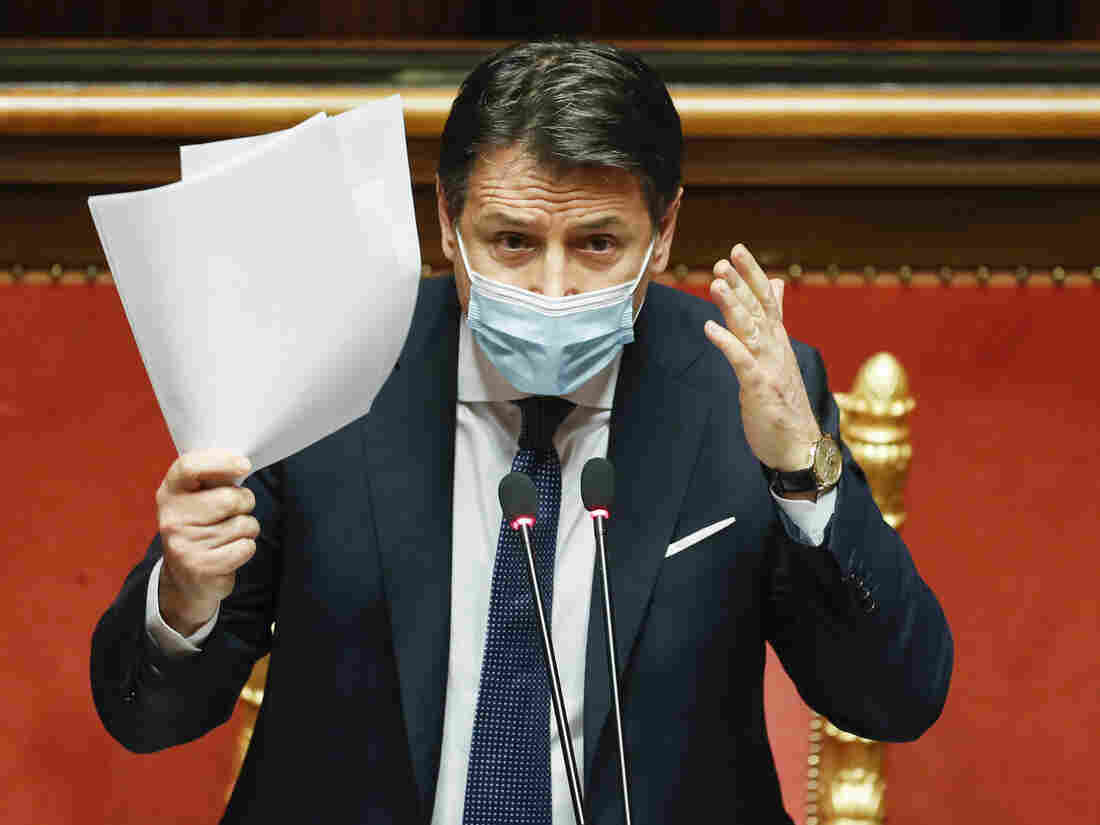 Italian Prime Minister Giuseppe Conte replies to questions ahead of a confidence vote last week at the Senate at Palazzo Madama in Rome. Conte handed in his resignation Tuesday. Yara Nardi/AFP via Getty Images hide caption 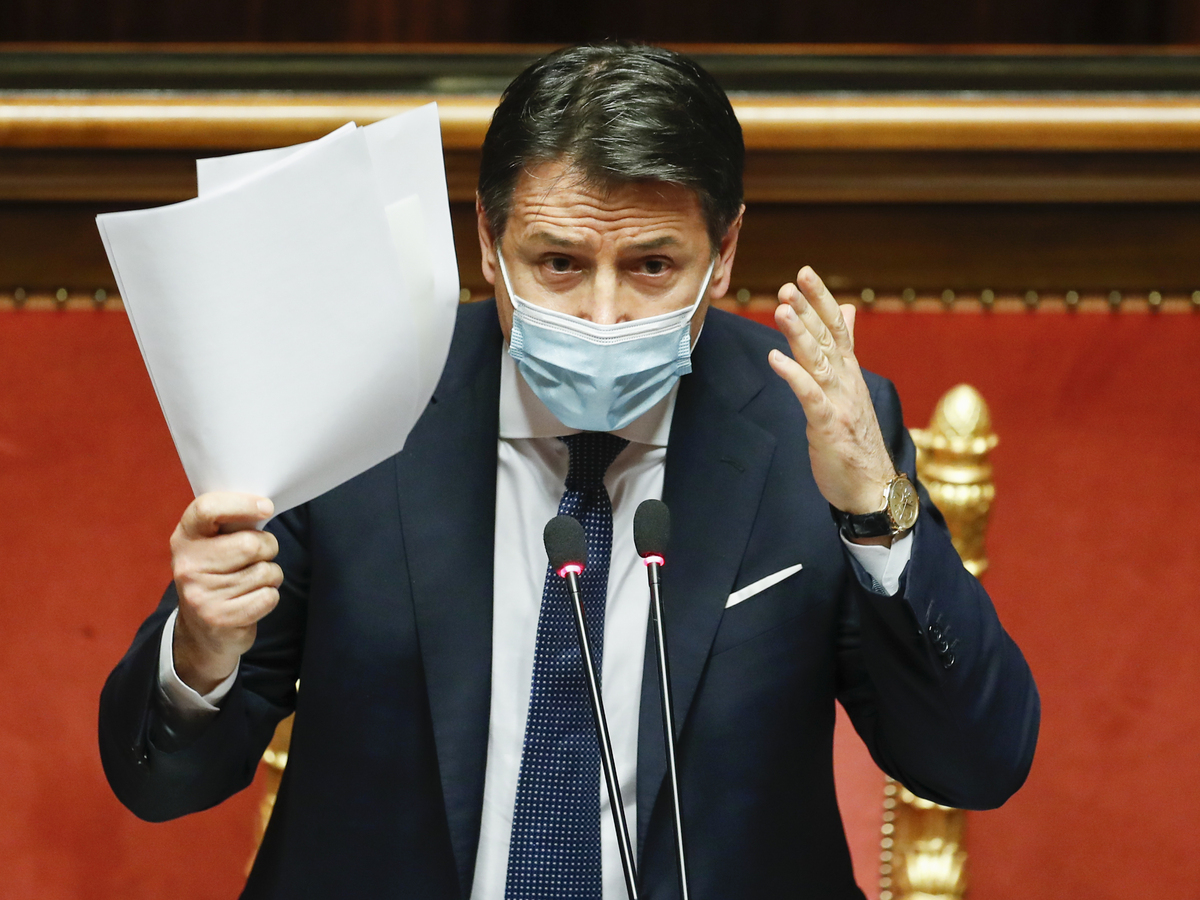 Italian Prime Minister Giuseppe Conte replies to questions ahead of a confidence vote last week at the Senate at Palazzo Madama in Rome. Conte handed in his resignation Tuesday.

Italians are used to hearing the words, "Once again, the government in Rome has collapsed." Now another Italian leader is resigning — but this time, it risks plunging the country into political chaos while still in the grips of the coronavirus pandemic and deep economic turmoil.

Prime Minister Giuseppe Conte handed in his resignation to the president on Tuesday following weeks of political uncertainty and a split in the governing coalition over his handling of the second wave of COVID-19 and recovery funds from the European Union.

But if lawmakers fail to agree on forming a new government, it could lead to early elections — and further uncertainty.

The timing could not be worse. Italy has recorded more than 86,000 deaths from COVID-19 — of over 2.4 million confirmed coronavirus cases — since it became the first Western country ravaged by the virus in March. That's the second-highest COVID-19 death toll in Europe after the United Kingdom. The country's vaccination program is slowing, and the economy and unemployment are worsening.

Conte was a political neophyte — a law professor with no party affiliation — before taking office in 2018.

This summer, Conte secured 200 billion euros ($243 billion) in EU recovery funds, the biggest sum of any member of the bloc, helping him look more like a statesman than ever.

An opinion poll published in December by the daily Corriere della Sera gave Conte a 57% approval rating, close to 20 points above the closest politician.

But recently, Conte's political partners became impatient — and worried. There were grumblings over his centralization of power, particularly putting the secret services under his direct supervision, according to news reports.

Finally, Matteo Renzi, former prime minister and leader of the junior coalition partner, pulled his party out last week, depriving the administration of a Senate majority. Renzi said he withdrew his support over Conte's management of the coronavirus' second wave and what he called the prime minister's lack of vision in allocating the large funds Italy is to receive from the EU.

Many political commentators have blamed the current crisis on Renzi. But political scientist Roberto D'Alimonte also criticizes Conte for not heeding the complaints of his government partners. "So, he is to blame frankly, too, because he caused the crisis in the middle of the pandemic at a time when we need to concentrate our energies for the recovery plan," D'Alimonte says.

Conte will remain in office as caretaker, and President Sergio Mattarella will begin on Wednesday to consult with political leaders on forming a new government.

Analysts expect Conte will try to form a new coalition to lead again.

The parliamentary spectrum is divided: Right-wing parties, currently in opposition, are demanding snap elections — two years ahead of schedule — convinced they would come to power. Members of the outgoing coalition want to avert elections, also because of recent reforms that cut the number of sitting lawmakers who could be reelected.

This puts increasing pressure on squabbling politicians to reach a compromise.

Italy's government has had more than 60 administrations since the postwar republic was born in 1946 after the fall of fascism.

"We have not resolved in Italy the issue of political stability," D'Alimonte says. "This is another example of the malaise of the Italian political system."