Accessibility links
2020 Firearm Catch Rate At Airports Doubled From Previous Year TSA agents found 3,257 firearms in carry-on bags at airport security checkpoints in 2020 — about 10 per million travelers. About 83% of those firearms were loaded, a TSA news release said. 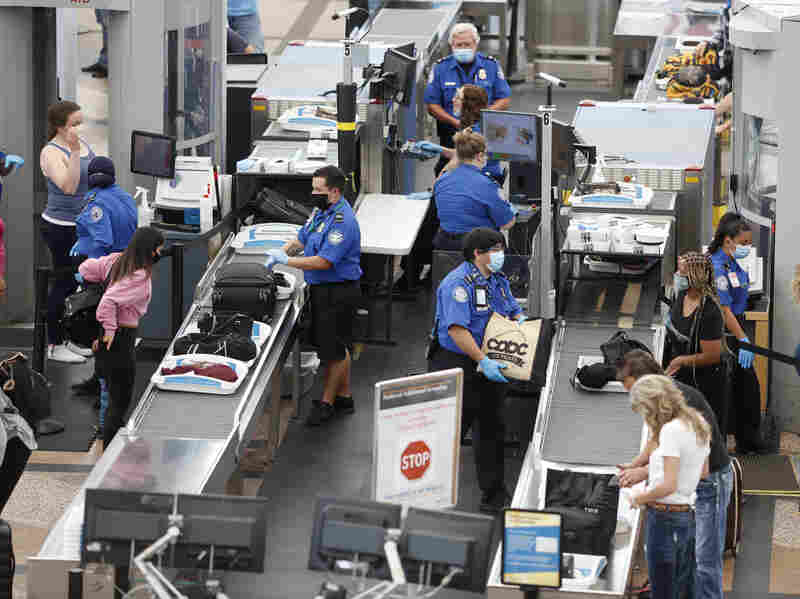 TSA agents clearing passengers at Denver International Airport, June 2020. TSA found twice as many weapons on passengers per million in 2020 than they did the year prior. David Zalubowski/AP hide caption 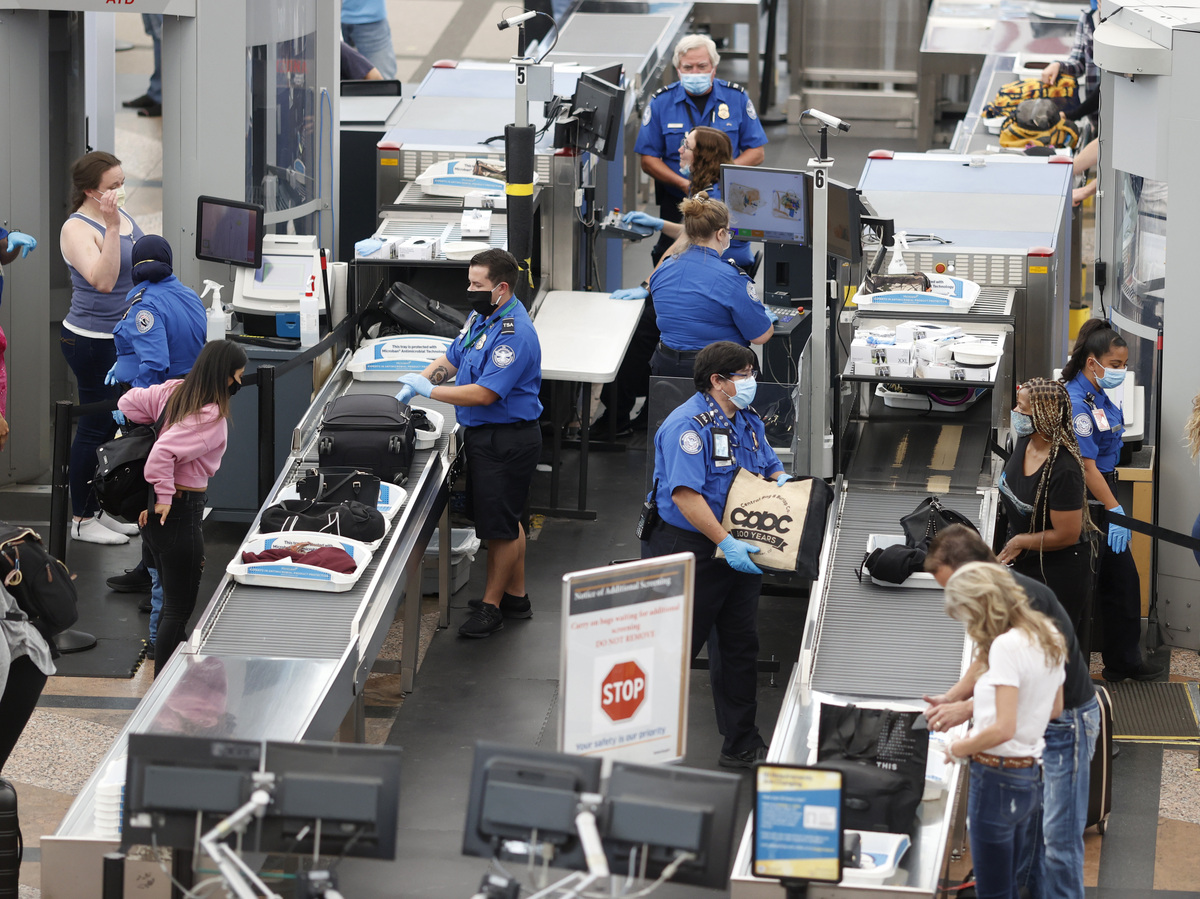 TSA agents clearing passengers at Denver International Airport, June 2020. TSA found twice as many weapons on passengers per million in 2020 than they did the year prior.

The Transportation Security Administration caught approximately 10 firearms per million passengers passing through U.S. airport security in 2020 — twice the 2019 rate — amid the sharp drop in air travel because of the coronavirus.

TSA agents discovered 3,257 firearms in passengers' carry-on bags at security checkpoints, a TSA news release said. About 83% of the firearms were loaded. In 2019, agents caught 4,432 firearms passing through security, the highest in the TSA's 19-year history. However, the COVID-19 pandemic resulted in 500 million fewer checkpoint screenings in 2020.

Passengers traveling with firearms were stopped at checkpoints at 234 airports across the country. Screeners caught 220 firearms at Jackson Atlanta International Airport in Georgia, more than any other airport. But screeners in Texas at the Dallas/Fort Worth International Airport and Houston's George Bush Intercontinental Airport caught a total of 302 firearms, about 9% of the total.

The TSA said passengers can fly with unloaded firearms in checked baggage, if they are properly packed and declared to the airlines at check in. That said, cities and states have various firearms laws that could apply to bringing firearms to security checkpoints.

"I commend our officers for their commitment to TSA's security mission by identifying and stopping these weapons at the TSA checkpoints. Firearms are strictly prohibited onboard planes in the passenger cabin," said Senior Official Performing the Duties of TSA Administrator Darby LaJoye. "Bringing a firearm to a TSA security checkpoint poses a serious risk to TSA officer and passenger safety, and doing so may result in significant fines or arrest."