Accessibility links
Review: 'Resident Alien' Is The Real Dr. Spaceman The great Alan Tudyk gets a role he can sink his sharp pointy alien teeth into on a darkly funny series boasting an ensemble cast of characters with surprisingly nuanced interpersonal histories.

'Resident Alien': The Truth Is Way, Way Out There

'Resident Alien': The Truth Is Way, Way Out There 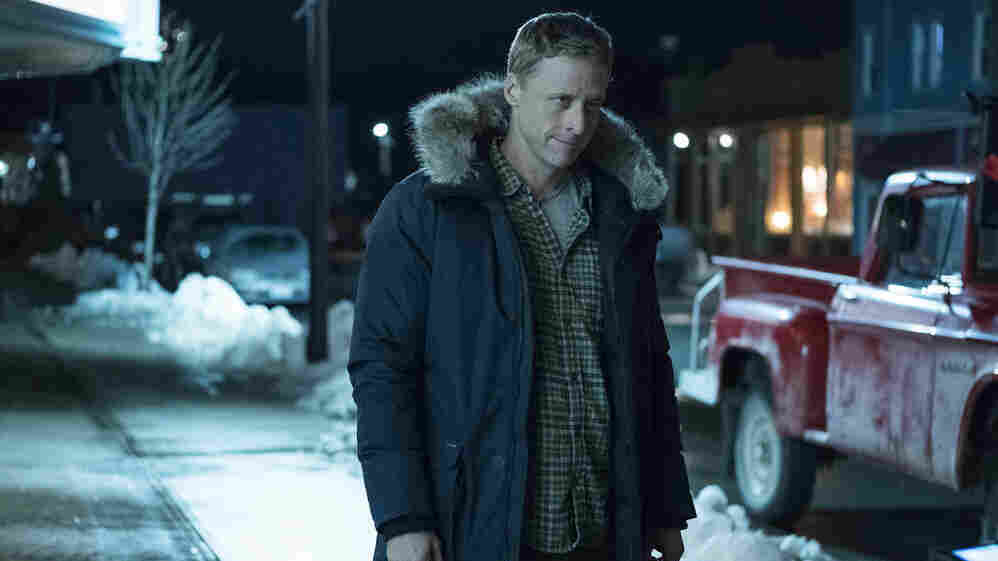 Alan Tudyk plays an alien who's not comfortable in his (human) skin in SYFY's Resident Alien. James Dittinger/SYFY hide caption 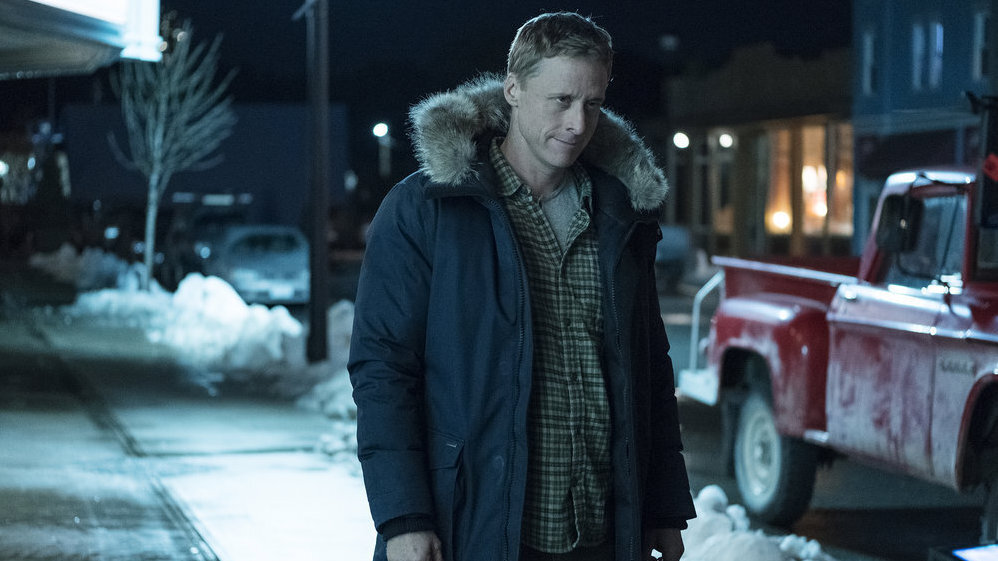 Alan Tudyk plays an alien who's not comfortable in his (human) skin in SYFY's Resident Alien.

Things Resident Alien has in common with previous television series like My Favorite Martian, Mork & Mindy, ALF and 3rd Rock from the Sun:

1. Main Character: An alien (or aliens).

2. Premise: The alien/s in question is/are on Earth, attempting to pass as human.

1. Darker Take On The Main Character: This alien is assigned with destroying the human race.

2. Darker Premise: The alien in question has crash-landed near the tiny Colorado town of Patience, where he has secretly murdered and assumed the form of a reclusive doctor. He soon gets dragged into the town's business, however, when its local physician is found murdered. (Not the doctor whom the alien murdered, you follow? Entirely different doctor.)

3. Format: SYFY's Resident Alien, based on a Dark Horse Comics series by writer Peter Hogan and artist Steve Parkhouse, is not a classic sitcom, but an hourlong comedy/drama. (This first season is made up of ten episodes, the first seven of which were made available to press.)

4. Episodic Narrative Structure: Over the course of the season, the alien attempts to: avoid detection by assuming the role of town doctor; secretly search for his missing ship and its doomsday device (which is lost somewhere under the snow of a glacier near his cabin); deal with a young moppet (Judah Prehn) who can see his true form; ingratiate himself with the locals and, grudgingly; investigate the murder of the previous town doctor. As all this happens, the relationships of those around him deepen, and complicate, because ...

5. A Robust Ensemble Cast: Writer Chris Sheridan, who adapted the comic, has taken steps to ensure that Resident Alien will not fall into the familiar alien-on-Earth sitcom trap wherein the supporting cast exists solely to stand passively by, grinning, alternately amused and bemused by the central alien's antics. Instead, the residents of Patience prove a tight-knit community of women and men whose existing interpersonal histories, relationships and emotional layers gradually reveal themselves. Thus we get scenes between clinic nurse Asta (Sara Tomko) and local bartender D'Arcy (an effortlessly funny Alice Wetterlund) that have little to do with the show's A-plot, but feel warm and sharp and utterly natural. An abrasive local sheriff (Corey Reynolds) snipes at his long-suffering deputy (Elizabeth Bowen, whose slow-burn exasperation is a weapon the show employs deftly, to great effect). And Levi Fiehler, as the town's young, idealistic mayor, makes a meal out of nervously questioning, in muttered asides, nearly everything that is said and done to him.

But whom are we kidding, here. While all the above aspects help distinguish the show from the many similar series that have gone before, the thing that makes Resident Alien worth almost ten hours of your hard-earned time is ...

6. Alan Tudyk: The guy's IMDB page is less a page and more an entire wing of an IMDB library — from his beloved breakout role as pilot Wash in Joss Whedon's Firefly/Serenity, to memorable voice-acting stints on both the big screen (I, Robot, Rogue One: A Star Wars Story) and the small (Harley Quinn, and much of Doom Patrol), to out-there character choices in beloved cult films like Dodgeball and Tucker and Dale vs. Evil, let's just go ahead and call it: Alan Tudyk is, officially, Good In EverythingTM.

And in Resident Alien, he's great.

Make no mistake: He didn't need to be. On paper, his role as the alien who has assumed the role of Dr. Harry Vanderspeigle calls for him to do the Vincent-D'Onofrio-in-Men-in-Black deal: Lumbering around, making big — nay, operatic — choices.

But Tudyk is smart enough to know that we've seen the alien-in-a-skinsuit thing done before (and not only in Men in Black; I still maintain it's the only way D'Onofrio's performance in Law & Order: Criminal Intent makes any sense at all). So his choices are smaller, more precise. His expressive face locks itself into a forced, heavy-lidded, faux-human passivity that threatens to break at the slightest stimulus. His human laugh is a more of a strangled dog-bark. And though we are privy to his character's thoughts (always a comedic red flag), Tudyk's such a consummate vocal pro that the series manages to use his voiceover to make the jokes land harder, instead of sucking all life from them.

Quibbles? Well, the show's comedy/drama ratio feels a bit off, occasionally. One downside to creating a town full of characters with nuanced, interwoven backstories is the tendency to tell those stories by defaulting to soapy, hand-wringing plotting. One such storyline gives Sara Tomko a chance to show her acting chops, and she's certainly up for it — but it forces the show's tone to go a bit too lachrymose to easily recover from.

Comparisons to Northern Exposure have already begun to crop up, and on the surface, they're fair: A remote, snowy small town filled with quirky characters opens its heart to an arrogant doctor from far away — a doctor who grudgingly treats the locals, and even comes to feel some affection for them, though he's desperate to escape.

Two small but telling differences must be noted, however:

Northern Exposure's Joel Fleischmann wasn't bent on vaporizing humanity, as far as I recall, nor (check me on this, it's been decades since I've seen it) did his large, black, reptilian eyes feature nictitating membranes.