Accessibility links
Defunding Or Reallocating Police Resources: Most Mayors Do Not Support Eighty percent of the mayors who responded say they believe their police budgets last year were "about right." 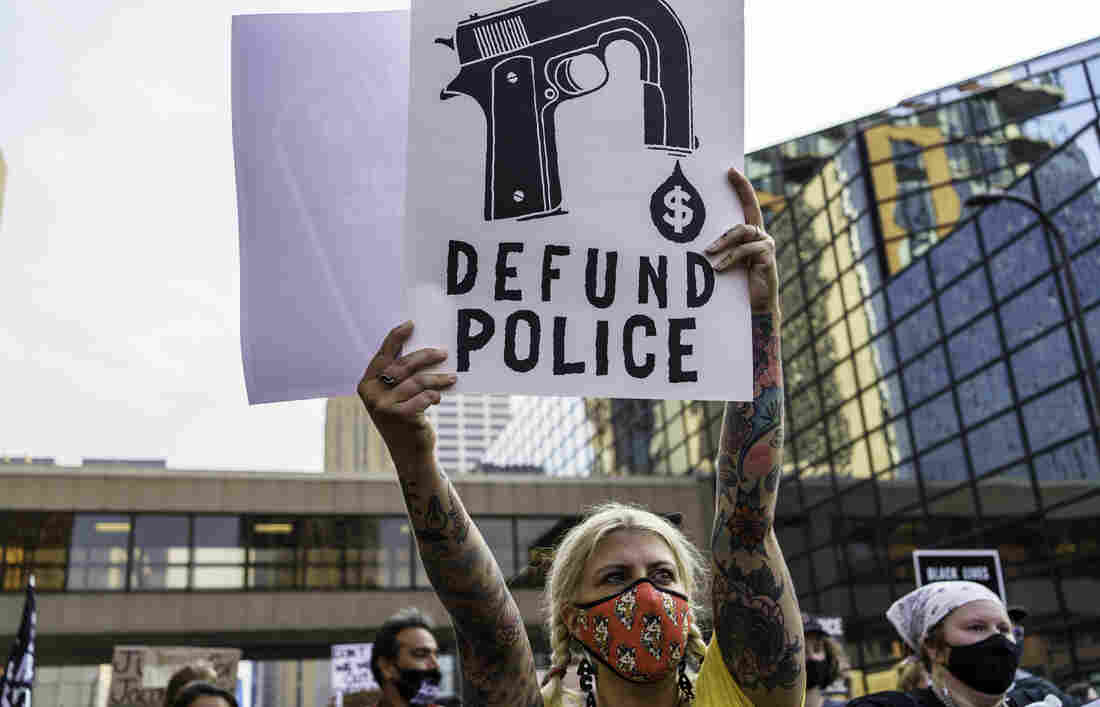 A protester holds a sign reading "Defund the Police" outside Hennepin County Government Plaza during a demonstration against police brutality and racism on Aug. 24, 2020, in Minneapolis. Kerem Yucel/AFP via Getty Images hide caption 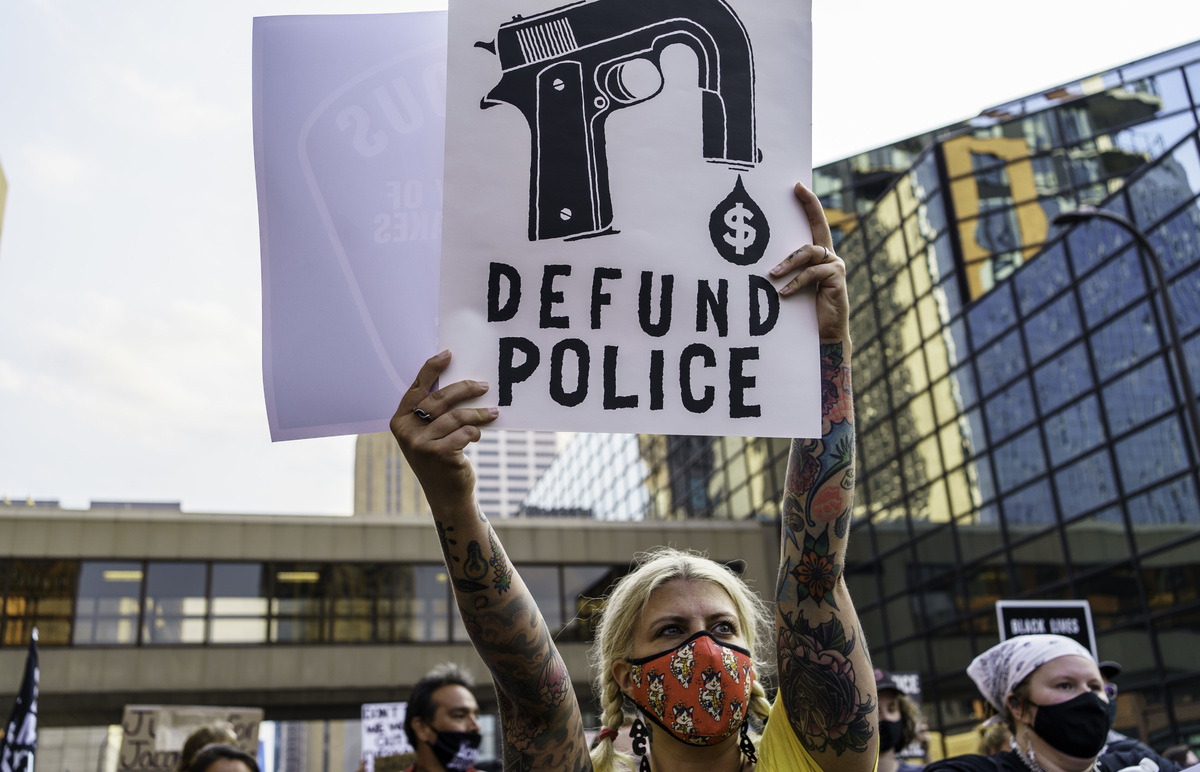 A protester holds a sign reading "Defund the Police" outside Hennepin County Government Plaza during a demonstration against police brutality and racism on Aug. 24, 2020, in Minneapolis.

The vast majority of mayors in American cities do not support sweeping changes to the funding of their police departments, and most say last year's racial justice protests were a force for good in their cities, according to a new survey of more than 100 mayors from across the U.S.

Eighty percent of the mayors who responded to the Menino Survey of Mayors say they believe their police budgets last year were "about right." Most mayors said they did not support reallocating many, or some of their police department's resources and responsibilities.

Conducted by Boston University's Initiative on Cities, the survey includes responses from 130 mayors nationwide who all lead cities with more than 75,000 residents.

The findings come in the early days of the Biden administration, as the president seeks to make good on campaign promises to rein in police abuse and dismantle systemic racism. The country's divisions over race, criminal justice and policing are some of the most significant domestic challenges facing Biden's administration.

The mayors were surveyed over the summer, as the country reckoned visibly, and painfully, with racism and police violence across all sectors of American life. An outcry that began after the killing of George Floyd in Minneapolis continued through the year, making Black Lives Matter a national rallying cry. There have also been demands in cities, including Minneapolis, to "defund the police," or to redirect police department funding to social services and other programs.

Mayors say they believe that the protests that swept the country during the summer of 2020 did more good than harm in their communities, but there were divisions along party lines. Republican mayors were 31 percentage points more likely to see protests as having done harm to their communities, according to the report.

Mayors also say they recognize the disparities in how Black people are treated by police with their white counterparts. Sixty-eight percent said they agree that the police treat white people better than Black people. But there is a sharp partisan gap, with 73% of Republican mayors saying that police treat white and Black people equally, compared to just 14% of Democratic mayors.

The mayors that responded to the survey are overwhelmingly Democrats. Just 20% are Republicans.

While most mayors acknowledged that Black people experience worse treatment by police compared with white people, 44% of mayors say they believe that Black residents in their city distrust the police.

Inglewood, Calif., Mayor James Butts said he believed that the slogan defund the police was "too simplistic" to solve what is ultimately a "multi-layered long-standing cultural and leadership issue."

Butts, who is a former police chief, said in an interview that cutting funding for departments fails to address the root problem, and would mean that people in local communities are less safe.

Mayors were also asked open-ended questions about the short-term and long-term changes they would like to see to their police department. Most proposed reforms within the existing structure of their local police department.

"There was a small but sort of reasonably sized minority of mayors that really wanted to think about those bigger transformational changes, but for the most part, mayors proposed reforms that existed within existing structures," said Katherine Levine Einstein, a Boston University assistant professor of political science who is one of the report's authors.

Butts said that the root problem that needs to be addressed to improve police-community relationships is department culture, discipline and leadership.

"It's got to be more than cosmetic attempts to do things like coffee with a cop and to say we're engaged in things like community policing," Butts said. "They can't be schemes that say 'Look, we're doing this, so we've changed.' You have to look inside at your culture, how you police, how you think, look at your complaints that you receive and use those as a barometer or guide as to what you need to do to change behavior or thinking in the department."