Accessibility links
Massachusetts COVID-19 Vaccine: Why Seniors Are Sidelined By Young Researchers The state is a medical hub with giant hospitals and a huge healthcare workforce. Young adults who work in that field are getting the COVID-19 vaccine while at-risk seniors wait on the sidelines.

Listen · 3:48 3:48
Why Young, Healthy Researchers Are Being Vaccinated Before Seniors In Massachusetts 3:48 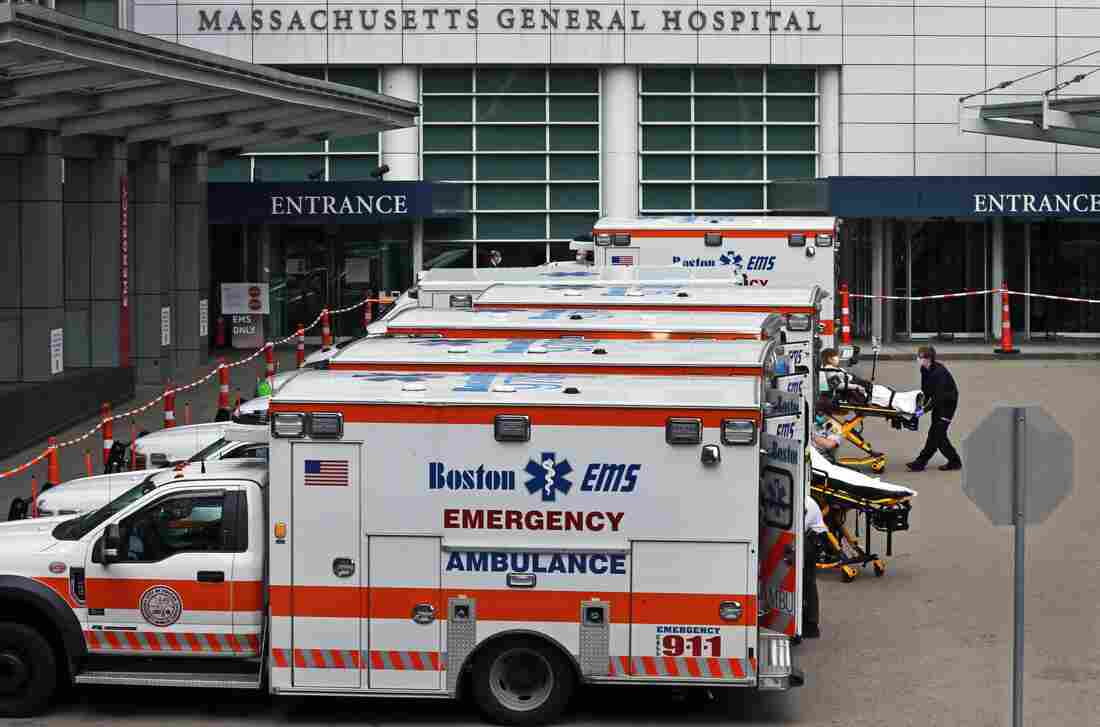 A Boston EMS ambulance crew wheels in a patient to MGH from their ambulance in Boston on April 8, 2020. Hospitals brace for a surge in patients. Boston Globe/Boston Globe via Getty Images hide caption 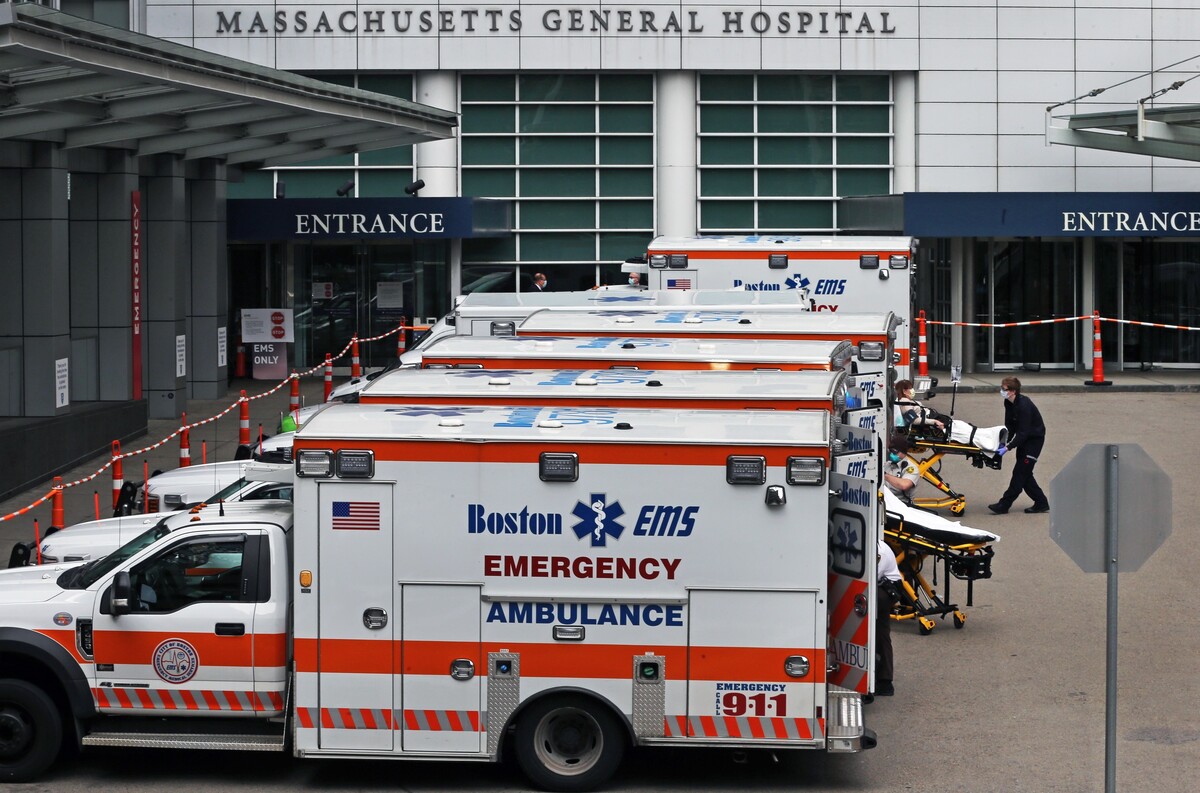 A Boston EMS ambulance crew wheels in a patient to MGH from their ambulance in Boston on April 8, 2020. Hospitals brace for a surge in patients.

In Massachusetts, many young, healthy medical researchers are rolling up their sleeves to get the COVID-19 vaccine. Meanwhile, at-risk elderly are waiting on the sidelines. According to the state's phased vaccine rollout, seniors are not yet eligible for the shots but everyone employed by a hospital, including those working remotely, can get it.

This situation has infuriated many elderly adults. Carol Halberstadt, 82, is one of them.

She has been alone in her apartment just outside Boston since the beginning of the pandemic. Nobody comes in. Nobody goes out.

"I have become more and more despairing and lonely," she says on a phone interview.

Halberstadt has a long list of complex medical conditions. The most urgent one is her failing eyesight. She's in desperate need of eye surgery, but in order to be in a hospital safely, she says she needs to be vaccinated.

"A vaccine would change my life. It would give me a future," she says.

For weeks, she has been trying frantically to get the vaccine, contacting doctors, politicians and anyone else she thinks might help, but to no avail.

Halberstadt says she has watched with jealously as seniors in other states have become eligible for the vaccine. She has studied the Centers for Disease Control and Prevention's data, finding Massachusetts is in the bottom half of states in per capita vaccinations.

But perhaps most baffling is seeing healthy, young people get inoculated before the elderly, the sick, and the at-risk.

"We're seeing just a huge number of people get vaccinated, who I think should, frankly, be way down the line," says Michael Mina, a professor at Harvard's School of Public Health. "These are people who have nothing to do at all with COVID or with patient care or really with the hospitals."

Mina explains these people are able to get vaccinated simply because they happen to be employed by a hospital.

This situation in which young adults are getting vaccinated before older adults is partly because Massachusetts is a medical hub with giant hospitals and an enormous healthcare workforce. It also stems from decisions made at the federal, state and individual levels.

The result is that, if states follow the federal guidance, they will progress through the vaccination prioritization groups at different rates. Places with older populations, such as Maine, will take longer to get vaccines to the general public compared to states with a younger overall population, such as Utah.

Because Massachusetts has so many large hospitals and medical centers, the state has a lot of health care professionals. These workers are in line to get the shots before almost everyone else.

"It effectively means that the elderly and vulnerable people who might need the vaccine first will, generally, be pushed back," Mina says. 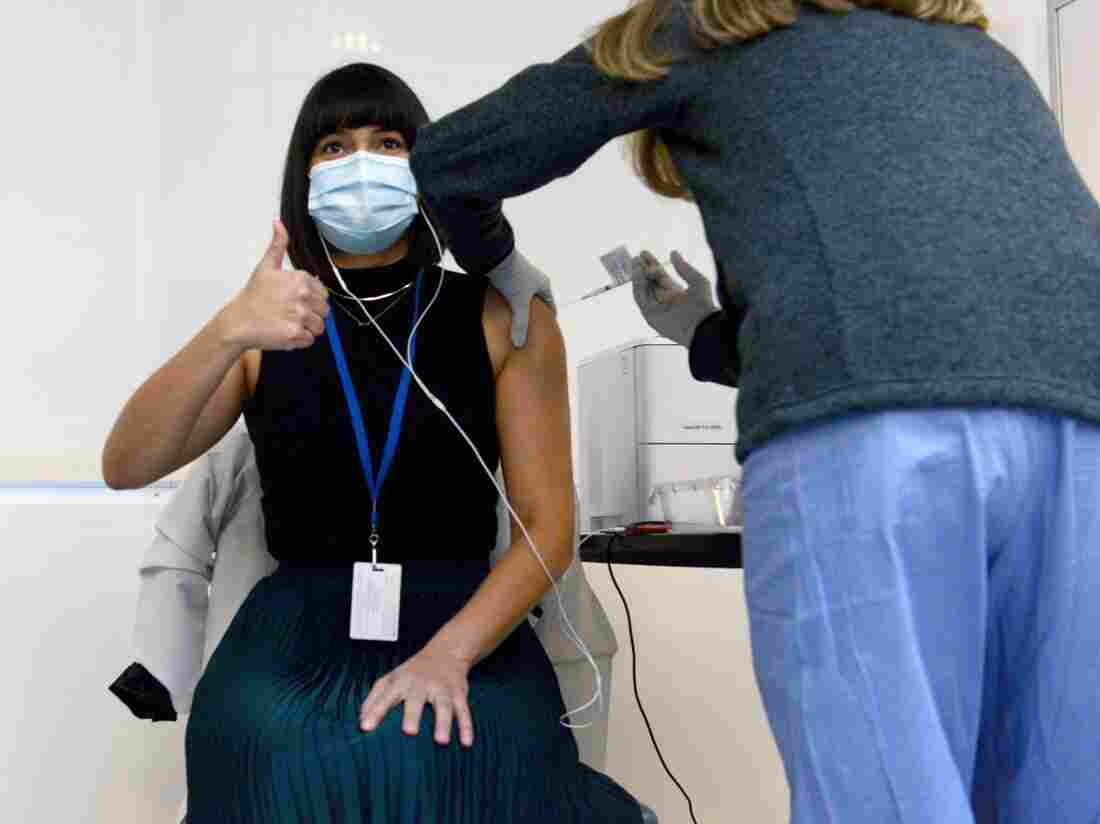 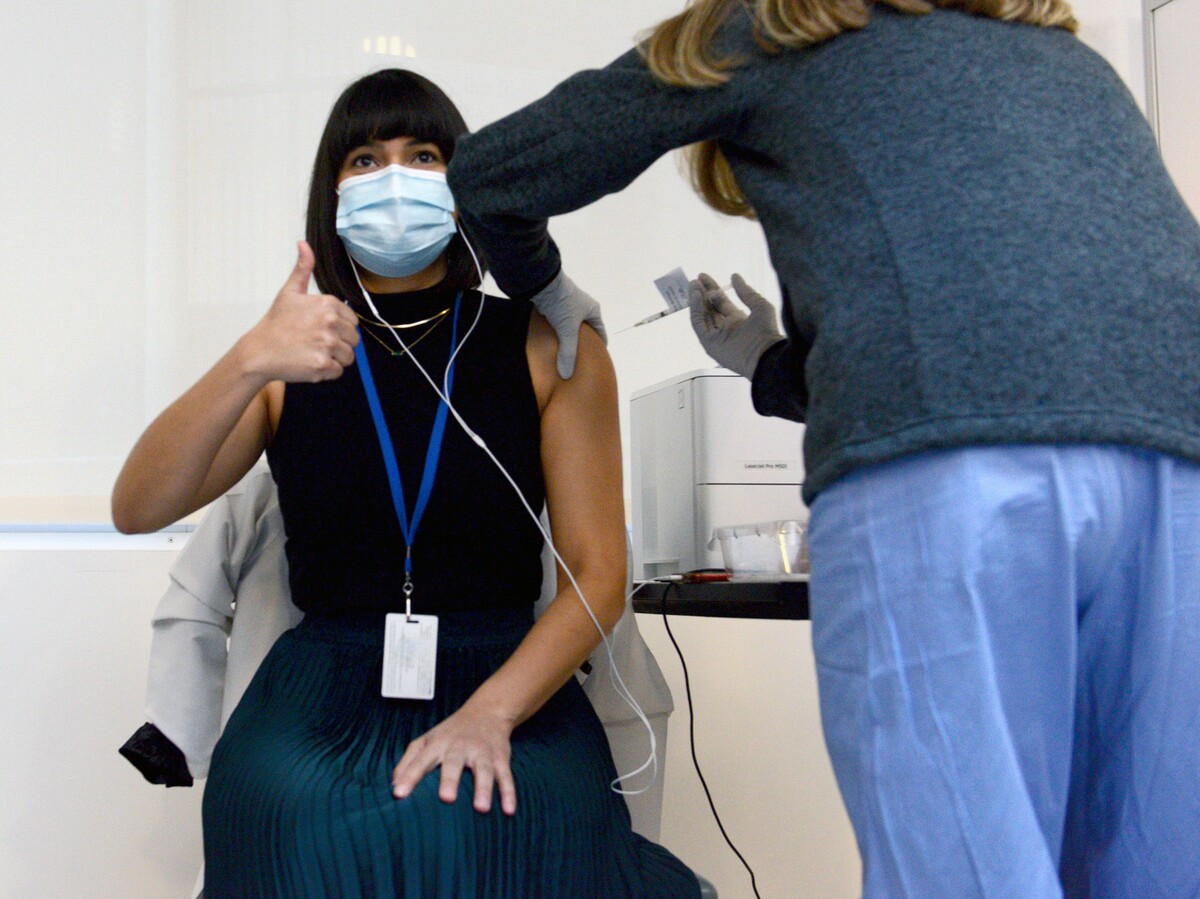 Hospitals and medicals centers have played a major role in helping Massachusetts distribute vaccines. In the state's first priority group - known as Phase One – the shots have been given to healthcare workers and others including first responders, residents of long-term care facilities and those in shelters and correctional institutions.

The state – and the hospitals to which they've distributed the doses – have decided that the "healthcare workers" category should include all hospital employees and not just those working directly with patients.

This means hospital administrators working remotely, recent college graduates working in research labs affiliated with a hospital, those working in human resources and many others are getting the vaccine in the first group. This puts them ahead of seniors and those with medical conditions that put them at higher risk of having a severe case of COVID-19.

Dr. Paul Biddinger is chair of the state's Vaccine Advisory Group and he is overseeing the rollout at Mass General Brigham, a hospital system employing at least 74,000 people. (Biddinger says it's actually about 81,000.) He says they offered vaccines to all their employees because during the first surge they needed to redeploy their staff, including bring in some of those working from home.

"[We] had researchers and administrators and others in the Intensive Care Unit listening for the alarms of ventilators because the federal surge ventilators that we had wouldn't plug into our alarm systems," Biddinger says.

And, Karson says, with vaccines on hand, they didn't want to delay getting them into people's arms as they waited for guidance from the state on who would be inoculated next.

Some medical centers in Massachusetts have struggled with hospital employees making vaccine appointments but then missing them. The result is a last-minute scramble to try to find someone – anyone who is eligible – to take the prepared doses before they expire and need to be thrown away.

The Dana-Farber Cancer Institute sent out a mass email on Jan. 20. It started: "We have had far too many researchers not show up for COVID-19 vaccinations over the past week."

The email urged the researchers to, at a minimum, take the time to cancel the appointment if they are not going to show up, so that the doses are not readied and, ultimately, wasted.

These issues alone do not explain why Massachusetts has lagged behind many other states in per capita vaccinations. The rollout has struggled with technical glitches and communication missteps, among other things.

State officials have also acknowledged that hundreds of thousands of doses have been sitting unused in hospital and pharmacy freezers, prompting them to temporarily stop sending more vaccines to these locations.

At a press conference on Monday, Gov. Baker announced that persons 75 years of age and older will be eligible for vaccinations starting on Feb. 1. He says he's hoping they'll have enough vaccines to meet all the pent-up demand.