Accessibility links
In 'Soul City,' One Man Envisions A Place Where Black People Have Power, Opportunity Author Thomas Healy chronicles how, in 1969, Floyd McKissick went about building a city from scratch, only to have his dreams dashed by a combination of prejudice and bureaucracy.

In 'Soul City,' One Man Envisions A Place Where Black People Have Power, Opportunity

In 'Soul City,' One Man Envisions A Place Where Black People Have Power, Opportunity 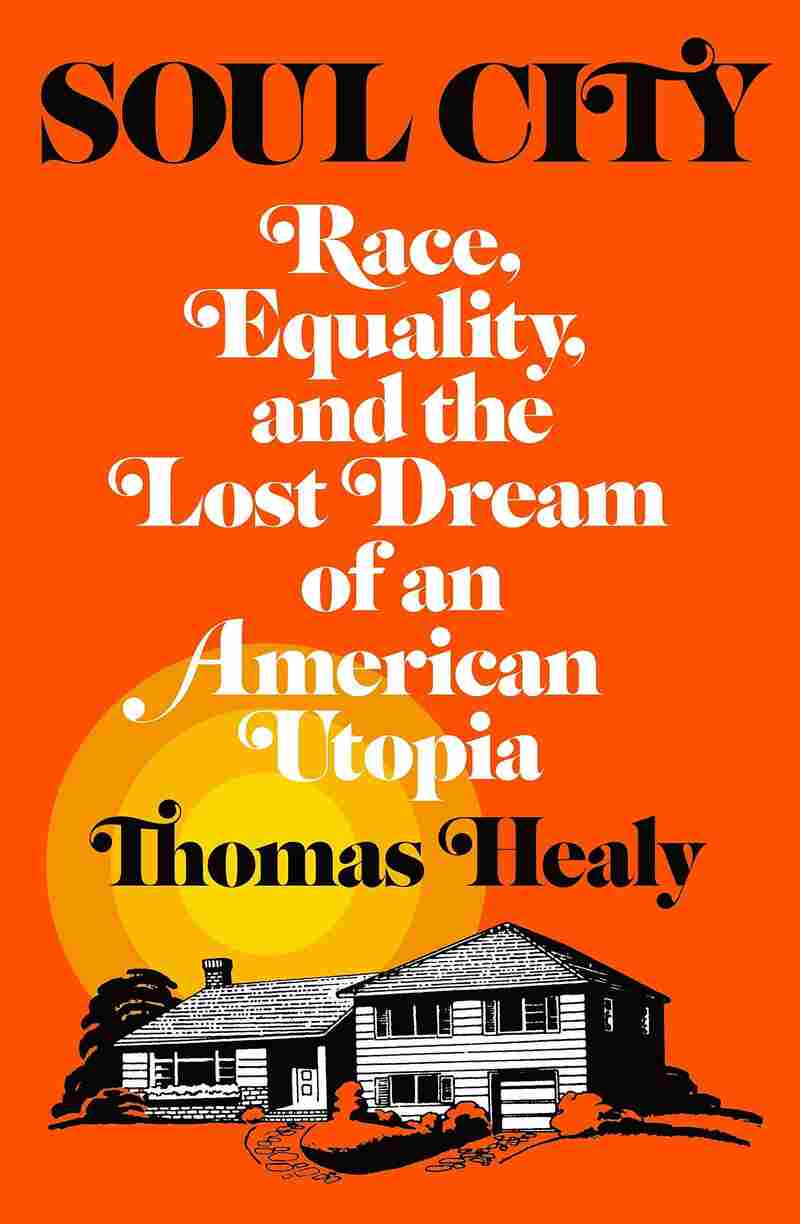 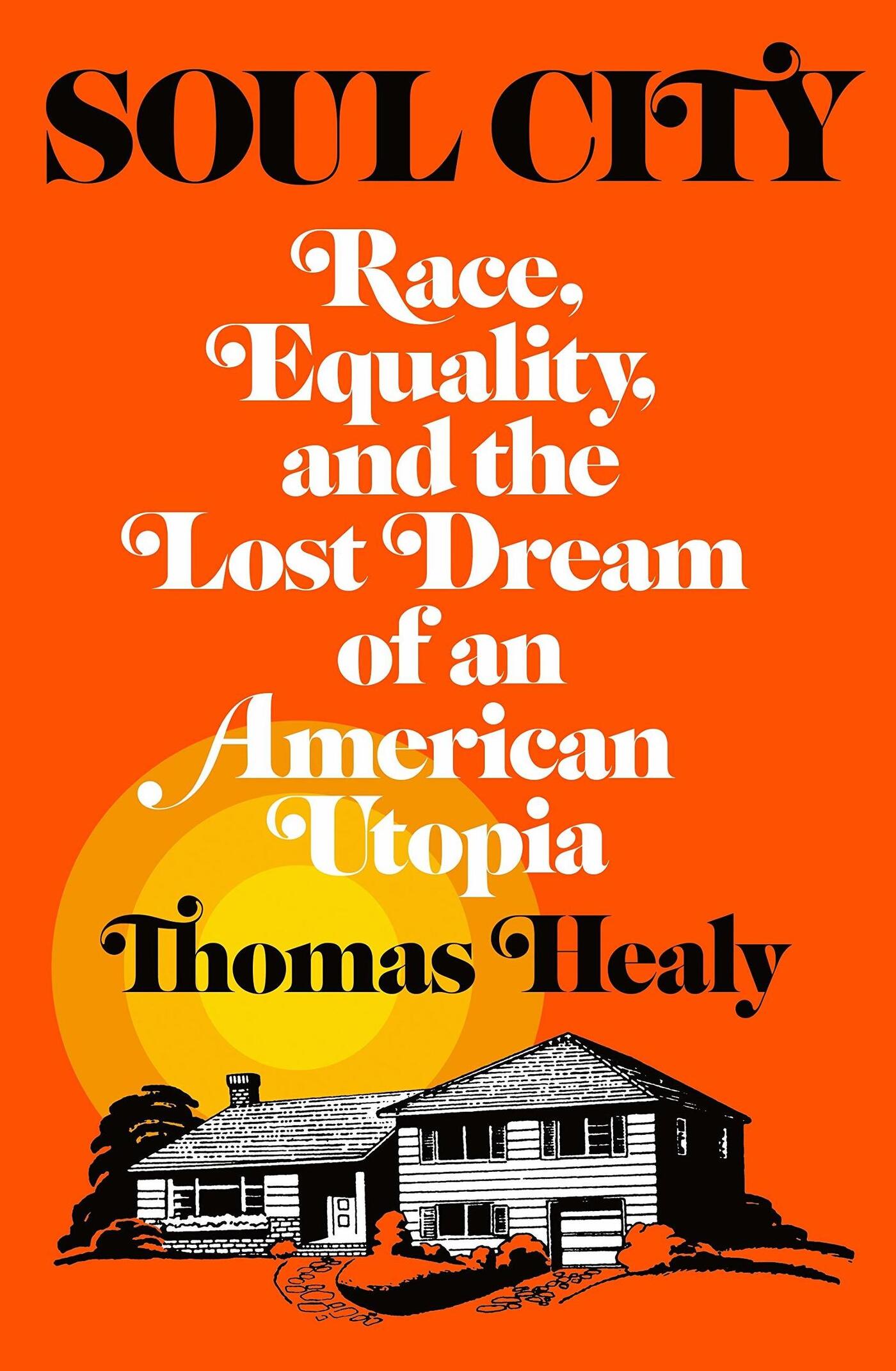 Soul City: Race, Equality, and the Lost Dream of an American Utopia, by Thomas Healy

Floyd McKissick had a beautiful dream — and he almost pulled it off.

In 1969, the civil rights activist, tired of seeing Black people shut out of politics and business, made a bold proposal: He wanted to found a new city, one where Black people would have power and opportunity. As Thomas Healy writes in his new book, Soul City, the town would be "a model of Black economic empowerment, bringing money and jobs to a region that had been left behind by the twin forces of industrialization and urbanization."

It very nearly worked. Healy's fascinating book explores how McKissick went about building a city from scratch, only to have his dreams dashed by a combination of prejudice and bureaucracy. It's an excellent chronicle not just of McKissick's project, but of an America in the 1970s still influenced by anti-Black racism.

McKissick had a long career in civil rights before launching his Soul City project, participating in a freedom ride and working as a lawyer fighting segregation. In 1966, he was elected executive director of the Congress of Racial Equality (CORE), steering the organization to the Black Power movement. He minced no words in explaining Black Power to a skeptical Harvard professor: "That means putting power in black people's hands. We don't have any and we want some. That simply is what that means."

After leaving CORE in 1968, an idea occurred to McKissick: "He was determined to build a new kind of city, one that would avoid the mistakes of the past and serve as a model for the future." A World War II veteran, McKissick had witnessed French city planners rebuild their towns after they'd been shellacked by mortar shells; the experience inspired his idea for a new town, Soul City, that he'd build from the ground up in the Piedmont region of his native North Carolina. It would be a city where Black people could feel free and safe, although people of all races would be welcome to live there.

He had his work cut out for him. The land that he purchased lacked infrastructure, and a billboard nearby proclaimed "You Are in the Heart of Klan Country." But the land was cheap and stocked with natural resources, so he soldiered on with the help of a group of true believers.

McKissick secured grants and loans from the Department of Housing and Urban Development and banks, and got help from an unlikely ally: President Richard Nixon, who shared McKissick's interest in so-called "Black capitalism," the idea that Black people should combat inequality by becoming entrepreneurs.

After McKissick switched parties and endorsed Nixon's re-election, the president hinted that McKissick would get additional funding from HUD: "Don't worry, Floyd, you're going to get your money," Healy recounts Nixon saying. But funding was only one part of the problem — he needed people and employers to move to the North Carolina town:

And despite some early, modest successes on those fronts, the project, in the end, couldn't overcome a hostile media, a skittish HUD department, and opposition politicians, including newly elected Sen. Jesse Helms. In 1980, HUD foreclosed on Soul City, effectively killing the project, and leaving McKissick "weary and diminished." Just over a decade later, McKissick died in Soul City, where he's now buried.

The Soul City project was a fascinating one, and Healy does a wonderful job explaining how and why it ultimately failed. The book is meticulously researched, and Healy expertly provides ample context; he paints an excellent, and accurate, picture of America in the 1970s, a country still in denial about the racism that was poisoning the nation to its core.

He also manages to craft a deft, readable narrative out of the ups and downs of the Soul City project. Government grants and bank loans aren't topics that typically scream "page-turner," but Healy is a natural storyteller; the book is difficult to put down, even if you know how it ends.

Most importantly, Soul City succeeds because of Healy's trenchant analysis. The Soul City project was a wonderful dream that was hamstrung from the start, and Healy does a masterful job explaining why that was. "What doomed Soul City was not just the size of its ambition, but, at least in part, the color," he writes.

"Like nearly every other effort to improve the lives of Black people, it was subjected to a level of scrutiny, second-guessing, and outright hostility that other ambitious ventures rarely encounter. Some of this scrutiny was motivated by blatant prejudice, but some of it is simply embedded in our social structures. If a project is designed primarily to help Blacks, it is automatically held to a higher standard of justification."