Accessibility links
Aung Sang Suu Kyi Arrested As Myanmar's Military Launches Coup The military arrested Suu Kyi and members of her political party early Monday, hours before it declared a transfer of power and a one-year state of emergency in the Southeast Asian country. 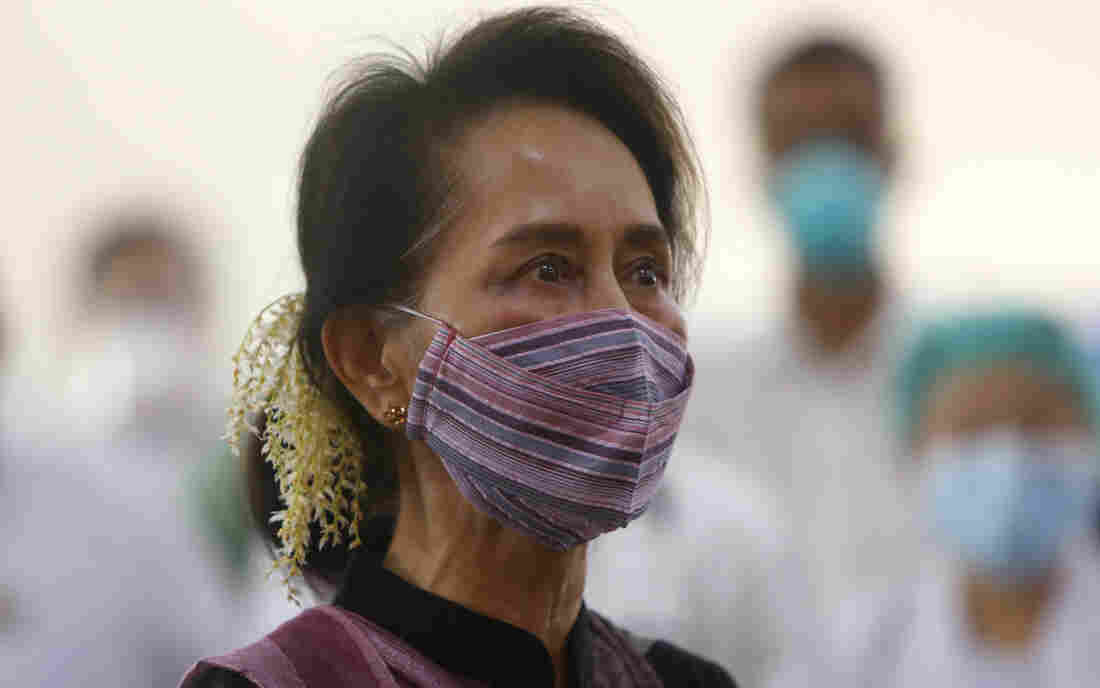 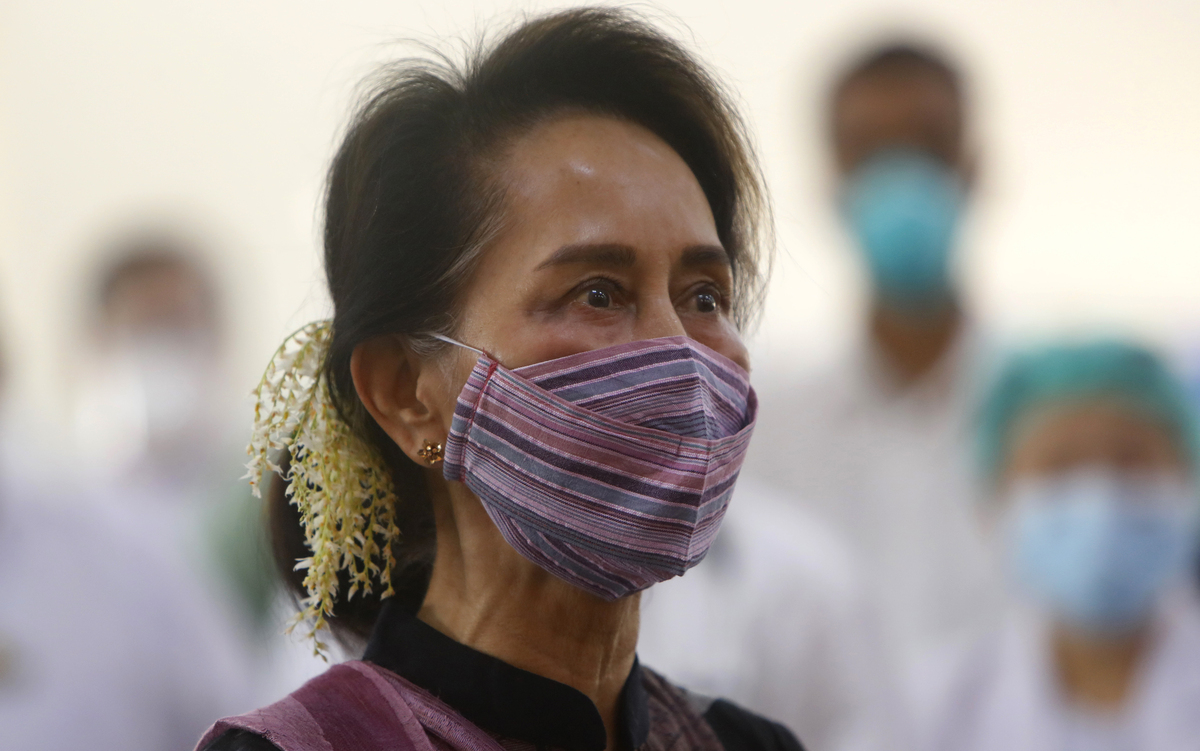 Myanmar's military says it is taking control of the country in a coup against the civilian government led by Aung San Suu Kyi, who was detained along with other National League for Democracy leaders on Monday.

The army said that power would be transferred to Commander in Chief Min Aung Hlaing, in a statement broadcast on military-owned television that also declared a one-year state of emergency, Reuters reported.

"I want to tell our people not to respond rashly and I want them to act according to the law," he told the wire service, saying that he also expected to be detained. "The military seems to take control of the capital now," Myo Nyunt told CNN.

Later, the party urged the people to oppose the "coup" and any return to "military dictatorship."

The military said it detained the democratically elected leaders in response to "election fraud," Reuters reported.

Soldiers were on the streets in the capital, Naypyitaw, and in the largest city, Yangon, and Internet and phone outages hit major cities, the BBC reports.

Suu Kyi's NLD party won elections in November. Parliament had planned to convene on Monday with the NLD set to form a government, but the military-backed political party has rejected the results as unfair. The election commission has denied accusations of fraud, according to news reports.

Since the election, tensions have increased, with Senior Gen. Min Aung Hlaing mentioning the possibility of a coup last week, Voice of America reported. The talk led more than a dozen countries, including the U.S., to "urge the military, and all other parties in the country, to adhere to democratic norms."

On Sunday night, the White House said President Biden had been briefed on the detentions of the country's civilian leaders.

"The United States opposes any attempt to alter the outcome of recent elections or impede Myanmar's democratic transition, and will take action against those responsible if these steps are not reversed," read a statement from spokeswoman Jen Psaki.

United Nations Secretary-General António Guterres "strongly condemns" the detentions, spokesman Stéphane Dujarric said in a statement, and "expresses grave concern regarding the declaration of the transfer of all legislative, executive and judicial powers to the military."

"These developments represent a serious blow to democratic reforms in Myanmar," continued the statement.

I strongly condemn the coup in Myanmar.

The legitimate civilian government must be restored, in line with the country's constitution & the November elections.

I call for the immediate & unconditional release of all those detained. https://t.co/YbIkxLZlve

"We urge the armed forces to exercise restraint, abide by international human rights and humanitarian law and for law enforcement duties to be fully resumed by the police force at the earliest opportunity," Amnesty said.

The NLD's landslide election wins in November came as ethnic minorities were prevented from voting and amid voting safety concerns over the coronavirus.

The country's military held full control from 1962 until 2011, when it relinquished absolute power and the country began opening up. The NLD first won elections in 2015. But the military still wields considerable influence in Myanmar politics. The military-drafted constitution guarantees it 25% of the seats in parliament, as well as control of three security ministries.

Suu Kyi, a Nobel Peace Prize laureate and once a pro-democracy activist, was held captive by the military in jails or under house arrest for nearly two decades.

She remains a beloved figure in Myanmar but has received intense criticism from abroad in recent years over the country's persecution of the Rohingya Muslim minority. In 2019, Suu Kyi defended Myanmar against genocide charges at the International Court of Justice, standing by the military's actions. Some 750,000 Rohingya fled the country's Rakhine state following the army's bloody crackdown in 2017.