Accessibility links
San Francisco Vs San Francisco School Board: A Push To Get Students Back In School The city attorney filed suit Wednesday alleging the school district's plan to get kids back on campus is inadequate. The district argues otherwise. 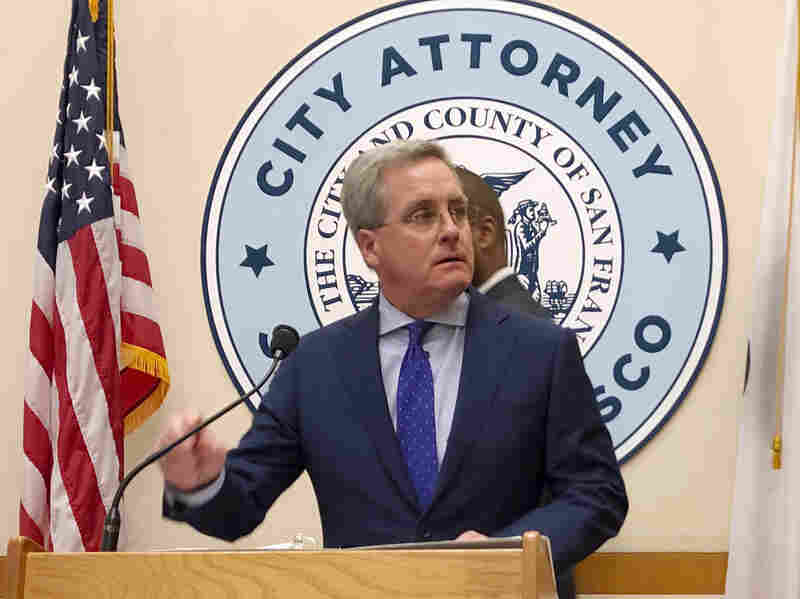 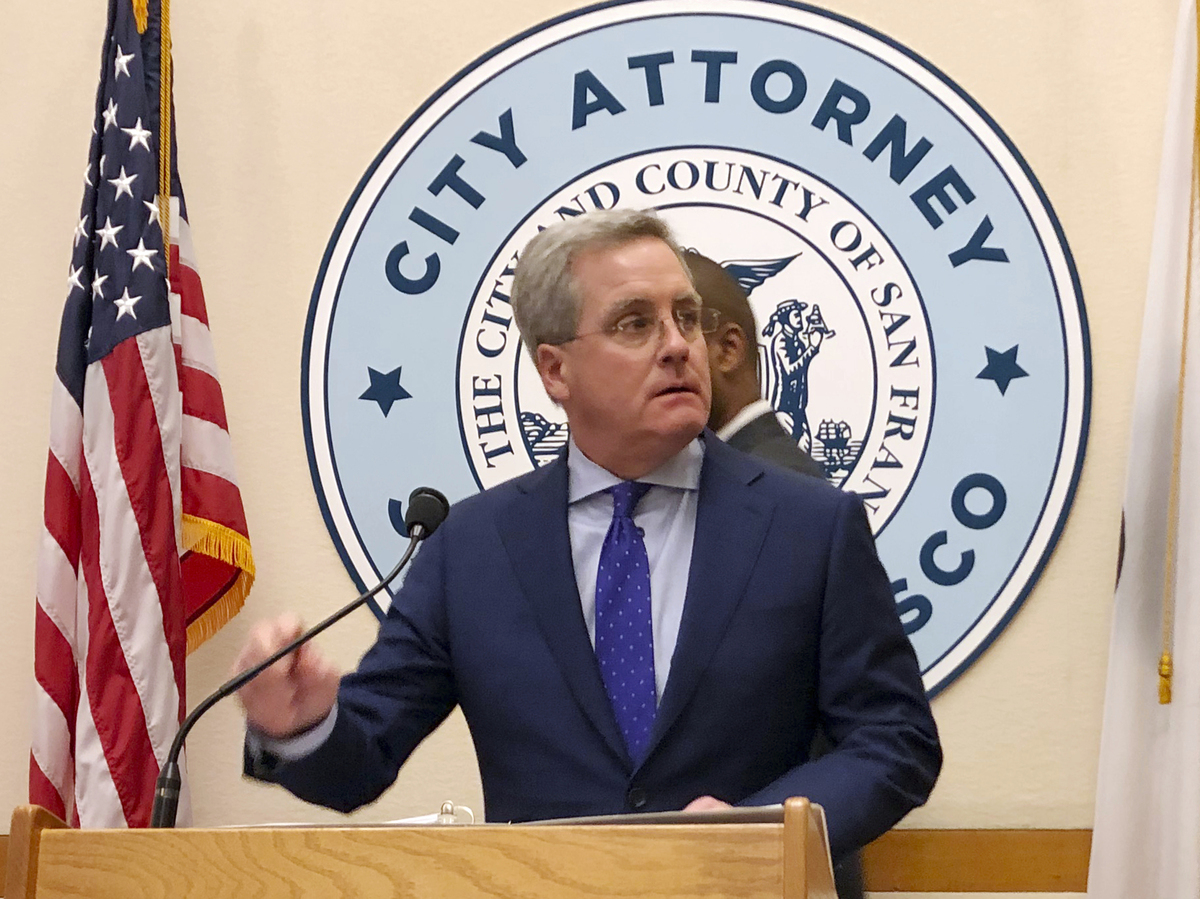 The city of San Francisco sued its school district on Wednesday in a drastic attempt to get students back into the classroom. The city argued it's safe enough and the district has dragged its feet on preparing for the students' return.

City Attorney Dennis Herrera cited a "woefully inadequate" reopening plan by the San Francisco Unified School District Board of Trustees. He is supported by Mayor London Breed, who said, "This is not the path we would have chosen, but nothing matters more right now than getting our kids back in school."

Although the state lifted its Regional Stay Home Order last week, over 99% of Californians, more than 40 million people, are still under stringent COVID-19 guidelines, including San Francisco residents. The city experienced a coronavirus peak in early January, seeing as many as 562 new cases a day. But those numbers are declining.

The city attorney said he will file a motion on Feb. 11, requesting that the court issue an emergency order. If the order is granted it would force the district to take action and prepare for students to return to campus, Herrera said.

He alleged the school board failed to deliver a comprehensive plan to get students back on campus, while neighboring counties and private schools have had students on campus for months. SFUSD Superintendent Vincent Matthews rebutted Herrera's claims in a press conference Wednesday.

"It appears that the city attorney has not read through our plans or joined the hours of open meetings we have had on the topic of safely returning to in-person learning," he said. "It is simply untrue that the board and district have no plan to reopen schools. SFUSD has a very comprehensive plan with specific steps around health and safety and what in-person learning will look like for our focal student populations to return as soon as we can complete all the clearly laid out steps."

Board of Education President Gabriela Lopez insisted the city continue to work with the schools instead of "playing politics." She said the board asked the city to spearhead efforts to provide surveillance testing for staff and students, but the city has failed to deliver. "Instead, SFUSD must go through a competitive bidding process and find a provider to administer this critical component of reopening schools," Lopez said.

It's widely understood that students in many places have suffered from being out of the classroom. The achievement gap, an imbalance in academic performance between students, continues to grow. Children with more educational resources continue to advance, while others fall further behind their peers. 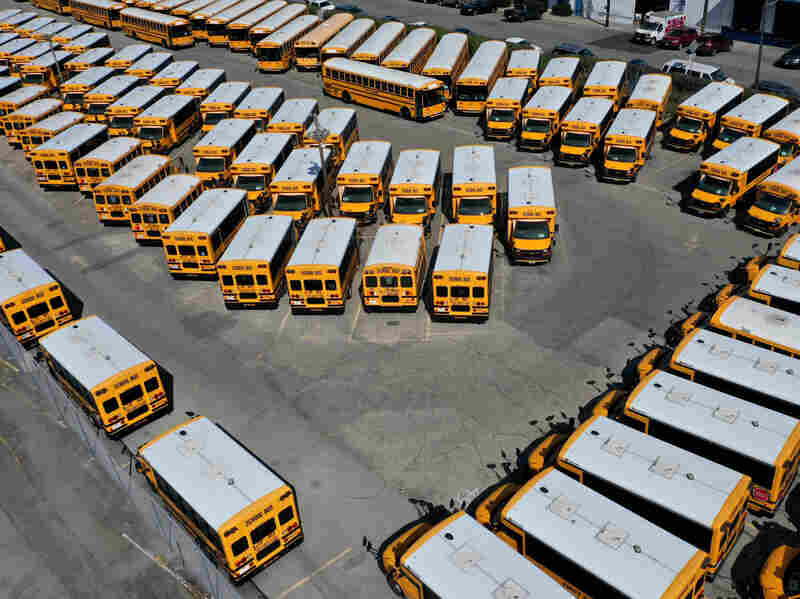 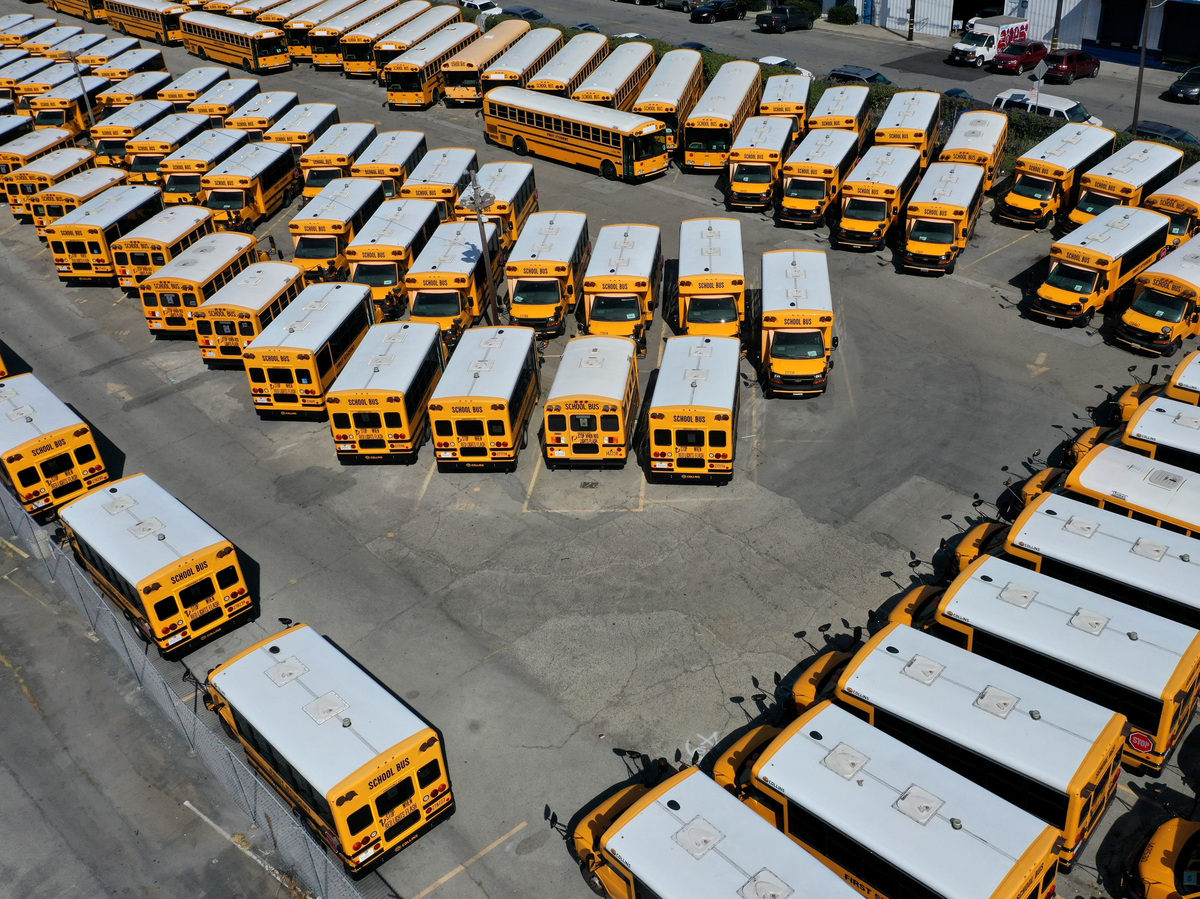 Empty school buses sit in a lot in San Francisco, July 2020. San Francisco Mayor London Breed supported the city attorney's decision to sue the school district. He believes students need to get back into schools.

Debby Rosenthal is a kindergarten teacher at the Buena Vista Horace Mann K-8 Community School. She told NPR the pandemic has left many families struggling to stay afloat. The hardships lead to depression and anxiety, which trickle down to the children.

"One student is left in the care of her older siblings while her mom sits on the street selling things they don't use in order to earn a little bit of money. She ... is part of my group of struggling students," Rosenthal said. "They have little, if any, support at home and the achievement gap between kids like them and kids with support is getting wider. The lack of academic growth at this time of the school year is very noticeable and very worrisome."

Dispute Over Reopening Schools In Chicago Could Lead To Teachers Strike

Dispute Over Reopening Schools In Chicago Could Lead To Teachers Strike

Did Closing Schools Save Lives Or Cost Lives? The Debate Continues

By no means are Bay Area residents out of the woods, but cases appear to be dropping. Cases in San Francisco are about where they were in the beginning of December. A rolling average of 163 new cases daily.

The state has administered approximately 3.8 million doses of the coronavirus vaccines, including just over 90,000 in San Francisco. According to the state's vaccine distribution plan, teachers are now eligible for inoculation.