Accessibility links
On 'Ignorance,' The Weather Station Compels You To Care About Climate Change During an intense reckoning with the global climate crisis, Tamara Lindeman wrote much her new album. For her, the biggest takeaway was "to acknowledge that I could care this much and this deeply."

On 'Ignorance,' The Weather Station Compels You To Care

On 'Ignorance,' The Weather Station Compels You To Care

How a reckoning with the global climate crisis inspired Tamara Lindeman 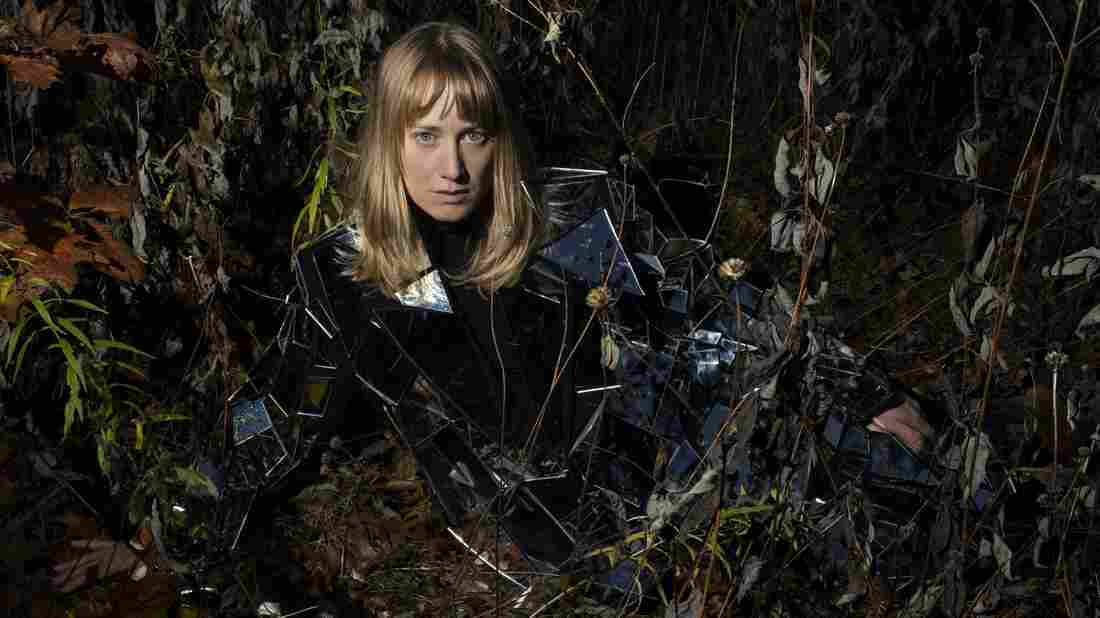 "There's so many people who refuse to hear each other and refuse to understand," says Tamara Lindeman. "The album, I think, is in part about this process of moving through denial into understanding." Jeff Bierk/Courtesy of the artist hide caption 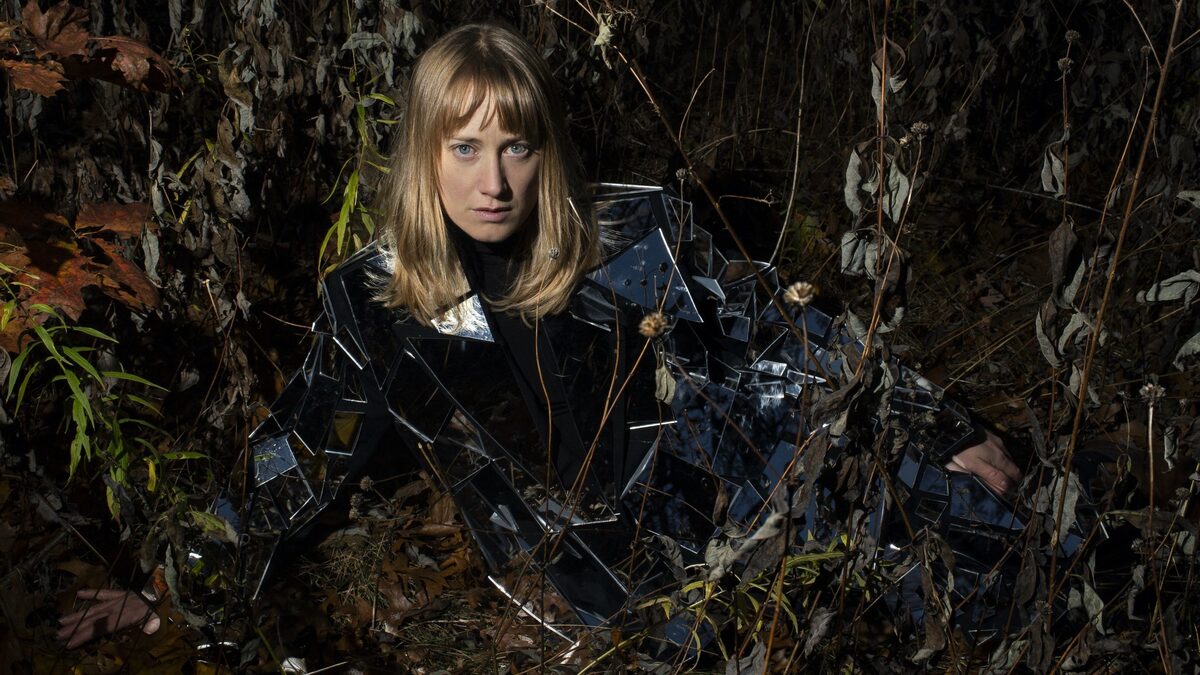 "There's so many people who refuse to hear each other and refuse to understand," says Tamara Lindeman. "The album, I think, is in part about this process of moving through denial into understanding."

Jeff Bierk/Courtesy of the artist

Ignorance is consumed with and bewildered by a compulsion to care. "There are many things you may ask of me," Tamara Lindeman sings on her fifth album as The Weather Station, "but don't ask me for indifference. / Don't come to me for distance." In so many words, Lindeman offers the crux of this work: the many ways there are to respond to crises; how crucial and how difficult it is to meet them with compassion.

Lindeman's debut for Fat Possum Records, Ignorance, is her most sonically adventurous and rhythmically dense album to date. Lindeman's early releases were filled with fingerpicked folk songs, guided by a careful eye for detail and Lindeman's swooping, graceful voice; 2017's self-titled effort expanded that sound with bigger, buzzier guitars and moody string arrangements ("I wanted to make a rock and roll record," Lindeman then explained in a press release). On Ignorance, she worked with two percussionists, a saxophonist and a flutist, plus bass, keys and guitar; together they built elegant arrangements that scaffold Lindeman's vulnerable lyrics about conflict, loss and love.

These aren't necessarily new themes for Lindeman, but they come from a relatively new emotional relationship: one with the planet. Lindeman says she wrote most of the songs in a period of intense reckoning with the global climate crisis — something of which she says she's always been aware, but the dire reality of which began to impact her several years ago. Her aim in writing these songs, she tells NPR Music, was "digging into the primary color emotions," aiming for "the deepest, clearest emotional signal in an experience"; for her, the biggest takeaway from researching the climate crisis was "to acknowledge that I could care this much and this deeply."

Ahead of the release of Ignorance, Lindeman spoke to NPR Music about recognizing the precariousness of songbirds, collaborating with her band and "moving through denial into understanding."

Marissa Lorusso, NPR Music: Many of the songs on this record were inspired by thinking about the climate crisis. Could you tell me how your relationship to that movement got started?

Tamara Lindeman: I think, like a lot of people my age, it's something that's always been with me. But for the past however many years, it was just this simmering dread feeling in the back of my mind. I couldn't really look at it; I couldn't really see it or feel it, and I mostly tried to avoid it.

But something shifted in the winter of 2018-2019, where I just actively started reading about it and then I just basically fell down the rabbit hole that happens to you when you really take in the full reality of what it means, and what two degrees [of warming] means and how far over the cliff we already are.

It was a really strange, disorienting experience, to be really engaging with it. I became somewhat obsessed with it. I sort of tried to become an activist in any way I possibly could. And it brought up a lot of really heavy, intense emotions that I felt very isolated in, and I felt kind of foolish for feeling.

It sort of seems a little eccentric, I guess? But part of what happened with that, too, is that I wound up reaching out to an online community of people who care about climate as much as I do. It was a really weird, complicated experience, and all the songs that I wrote — pretty much all the songs on the record — came out of that time and relate really strongly to that time and those emotions.

Music For Our Emergency

When you hear someone say that they are writing (or listening to!) songs that are about the climate crisis, you might expect that they're didactic, or lecturing, or surface-level. But these songs are super personal and vulnerable. How did that make its way into these songs?

You know, I wrote a song on the last record that was very overtly about climate. I have mixed feelings about that song; I mixed feelings about where I was at. But yeah, to include the jargon doesn't really work, musically, unless you're writing a protest song — which I have tried to do, and failed so far, because I think writing a protest song is basically the most difficult thing you can do.

When I first was writing [this album], I wasn't even thinking that I was trying to write about it; it just was what I was writing about. And I even thought, like, "People won't hear this in the music, but I know where it's coming from." But yeah, the songs are about my relationship to the world and how profoundly this has shaped that relationship. And I think that that's a very universal experience.

You know, I wonder if previous generations felt at home in the world in a way that we can't, because we know that previous generations have basically prevented us from having a future like they had. That's just one of these things that's so big; how do you feel that? So I think a lot of what came out on the record was all of these very soft feelings: of love and care and a desire to reveal that. That, to me, is the biggest thing that came out of this strange journey I went on: to acknowledge that I could care this much and this deeply. To acknowledge that it really matters to me whether or not, like, songbirds survive — you know, it shouldn't be odd to express these things; it should be completely normal. But it's not.

This record has such a bigger and more polished sound, and there's so much lushness and beauty in the arrangements, which contrasts with how heavy and sometimes angry and vulnerable the subject matter is. Was that juxtaposition intentional?

I think the two things formed independently and then were put together. Even before I wrote the songs, I was thinking about having a bit more money to make a record and just fully embracing that, fully using all the tools at my disposal and making something really beautiful.

I think the brightness and lightness of some of the melodies and rhythms made it easier to keep the more vulnerable lyrics that I was writing. Maybe if the songs have been really sad and slow, I would have been like, "I've got to rewrite this. I can't keep this really dark stuff."

Can you tell me a little bit about the title, Ignorance? That word can have a negative connotation, but it seems like you mean something different by it.

Like a lot of things, it just was a strange instinct I had. I know it's a bit of a confrontational word, so it's a bit odd that that was what I wanted to call it — and I'm pretty sure I came up with the title before I even made the album.

I think throughout the album, there is ignorance. There's so much conflict on the album. There's so many people who refuse to hear each other and refuse to understand. And that is ignorance — refusing to know, not wanting to know, not wanting to see. There's a lot of denial. The album, I think, is in part about this process of moving through denial into understanding.

Obviously, we're in this time of weaponized ignorance and conspiracy theories and scientific denial. All these things are not actually ignorance; they're false knowledge. And the less you know, the easier it is to have this secure "knowledge" that you're so certain of. I've started to think of ignorance as a threshold where the moment you see it, it disappears. The moment you are aware that, "Oh, I'm not sure that I know everything I need to know" — that's the moment where you can know. And if you never see your own ignorance, you remain ignorant.