Accessibility links
Russian Journalist Jailed After Court Deems Joking Retweet A 'Call To Protest' A Moscow court has sentenced Sergei Smirnov to 25 days in jail for retweeting a post that poked fun at his resemblance to a Russian musician and made reference to an upcoming anti-Kremlin protest. 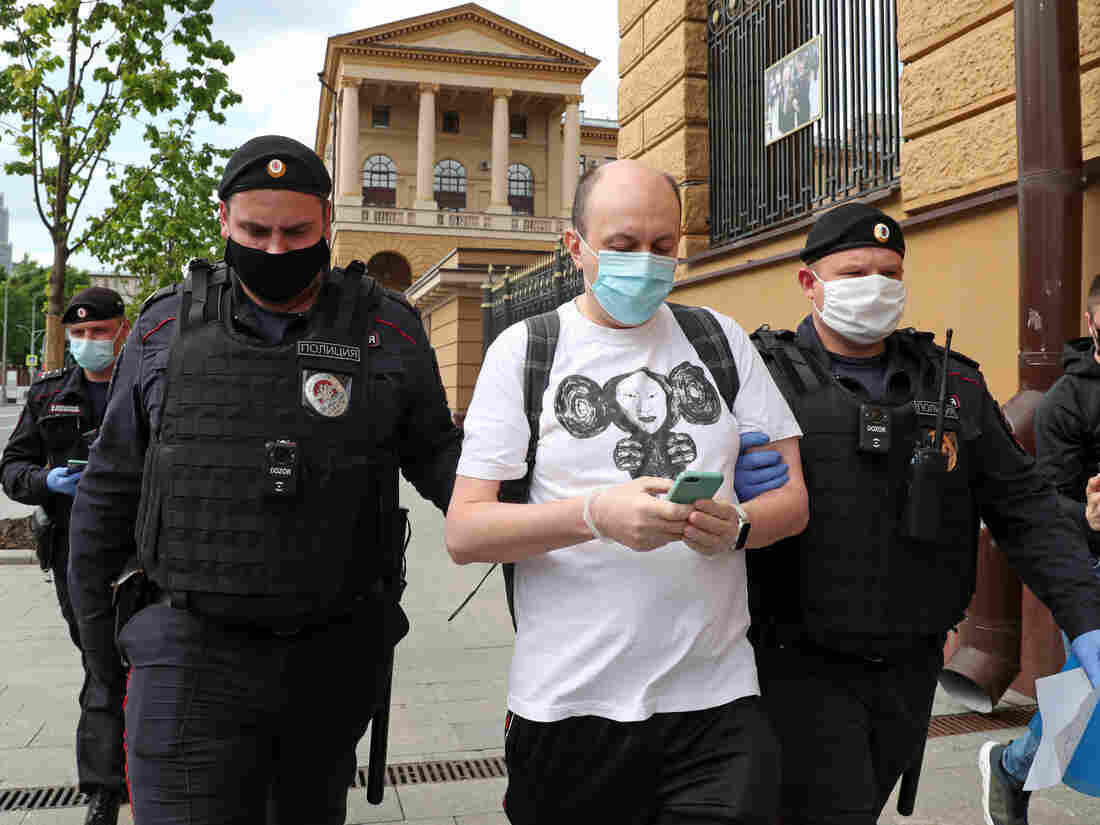 Sergei Smirnov, pictured being detained at a "solo protest" in May 2020, was sentenced to 25 days in jail on Wednesday for allegedly calling on people to protest through a Twitter repost. Vladimir Gerdo/Vladimir Gerdo/TASS hide caption 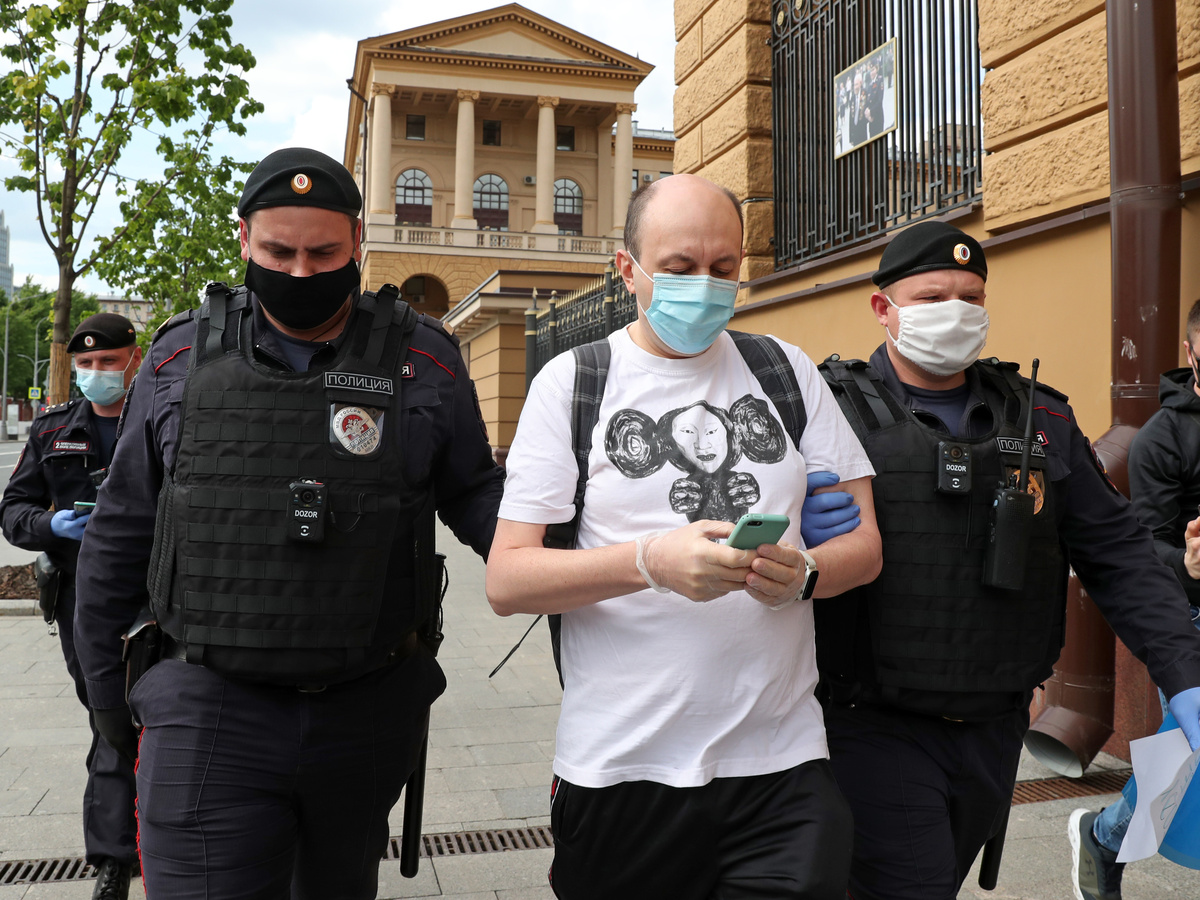 Sergei Smirnov, pictured being detained at a "solo protest" in May 2020, was sentenced to 25 days in jail on Wednesday for allegedly calling on people to protest through a Twitter repost.

Russian journalist Sergei Smirnov is set to spend 25 days in jail for sharing another person's tweet poking fun at his own appearance, after authorities said the post constituted an illegal call to protest because it included the date and time of an anti-government rally.

The sentence, which was handed down by Moscow's Tverskoy District Court on Wednesday, signals the Kremlin's continuing crackdown on Russian journalists amidst sweeping nationwide protests demanding the release of jailed opposition leader Alexei Navalny.

Smirnov is the editor of MediaZona, an independent media site that was founded by members of the Russian punk rock band Pussy Riot and focuses on issues of human rights and criminal justice.

On Jan. 20, according to MediaZona, Smirnov retweeted a post that joked about his own resemblance to a Russian rock musician and referred to a pro-Navalny protest planned for Jan. 23.

The tweet he shared did not include the protest location or any other details. Still, police detained Smirnov on Saturday while he was out for a walk with his five-year-old son and held him in custody for several hours.

According to Radio Free Europe/Radio Liberty, authorities initially accused Smirnov of participating in the protest, but altered the charge to illegally calling on others to protest after he proved he was not in attendance.

Smirnov argued that he was retweeting a joke, not encouraging people to protest.

"A retweet does not equal endorsement," he told the judge at his hearing, according to a press release from the International Federation of Journalists.

The court ultimately found Smirnov guilty of violating the rules for holding public events according to the Russian administrative code, and sentenced him to "administrative arrest." Smirnov live-tweeted the trial proceedings on Wednesday, and his account — since taken over by MediaZona editorial staff — has continued to document the conditions of his detention.

Dozens of media outlets in Russia have expressed support for Smirnov and condemned his sentence. The International and European Federation of Journalists has also criticized the move.

"The court's sentence is not only excessive, it is also totally ridiculous," said EFJ General Secretary Ricardo Gutiérrez. "25 days in jail for retweeting a tweet! This punishment demonstrates the determination of the Russian authorities to silence any independent voice at a time when mass demonstrations are denouncing abuses of power."

As NPR's Lucian Kim reports from Moscow, Smirnov is one of many Russian journalists to be detained since the start of the protests, and President Vladimir Putin's spokesman has defended the case against him as "absolutely logical."

According to the IFJ-EFJ, Smirnov's lawyer has filed an appeal.