Accessibility links
Myanmar Blocks Social Media Sites As Anti-Coup Protests Grow Days after a coup and the detention of Aung San Suu Kyi and other elected leaders, the country's military is moving to strangle free speech by shutting down access to social media sites. 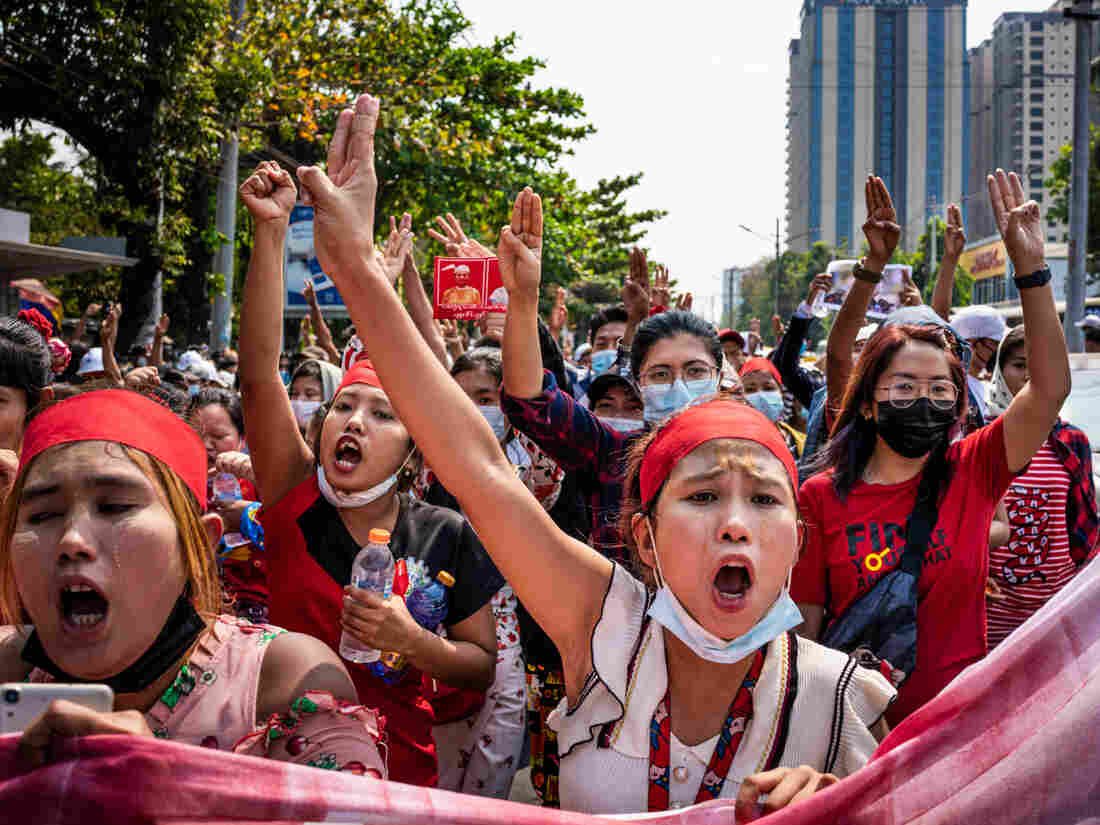 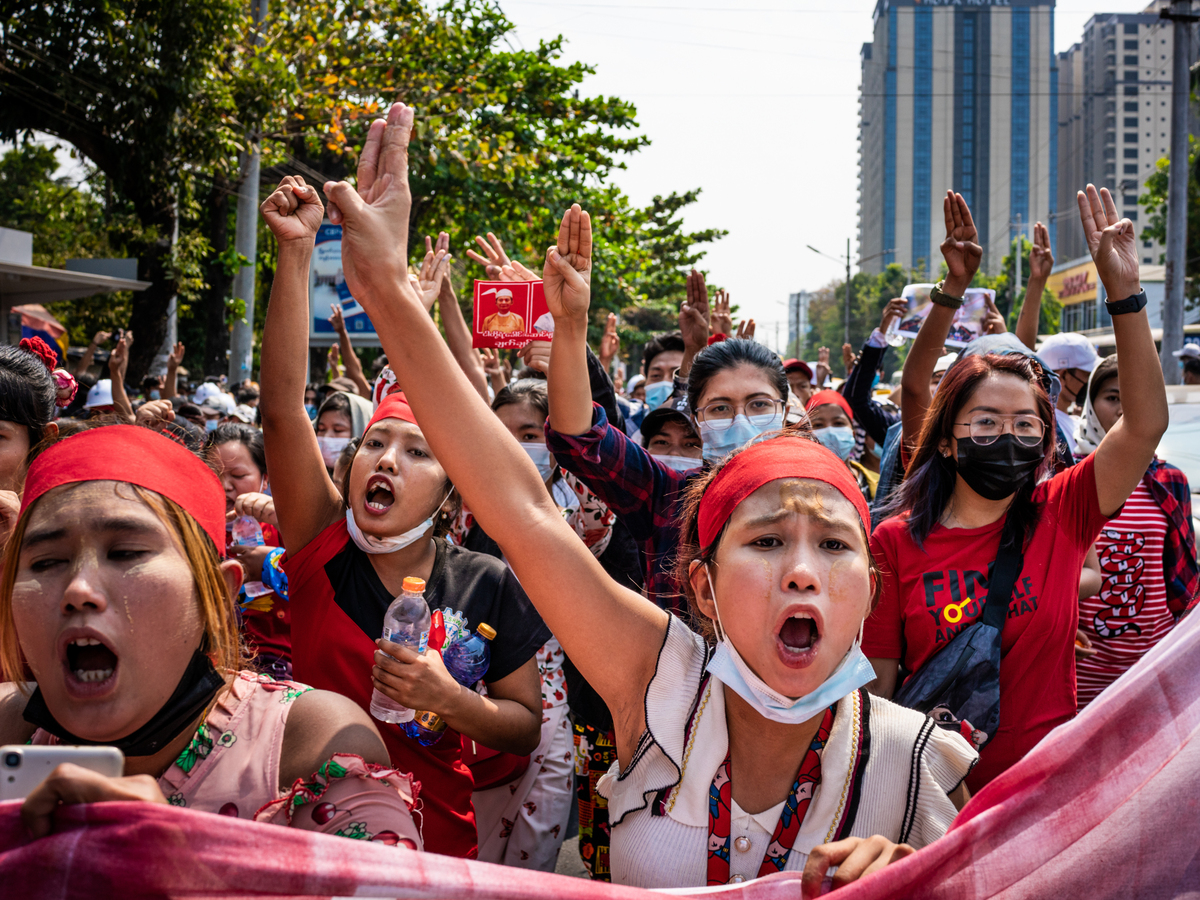 People make three-finger salutes during an anti-coup march on Saturday in Yangon, Myanmar.

Days after a coup and the detention of Aung San Suu Kyi and other elected leaders, the military in Myanmar is moving to strangle free speech by blocking access to Facebook, Twitter, Instagram and WhatsApp.

The Internet clampdown came as protests grew Saturday on the streets of Yangon, the country's commercial capital, where thousands turned out to demand the return of the legitimately elected government led by Suu Kyi.

"People passing by in their cars honk their solidarity with the protesters, many of whom are carrying the red peacock flag of Suu Kyi's National League for Democracy, with many, many others holding up three fingers in the salute of defiance from The Hunger Games," reporter Michael Sullivan told NPR's Weekend Edition from neighboring Chiang Rai, Thailand.

"Today's protests were peaceful. There was a heavy police presence, but there was no violence," said Sullivan.

The country's Ministry of Communications and Information Technology said Facebook would be blocked until Sunday, Reuters reported.

"Currently the people who are troubling the country's stability ... are spreading fake news and misinformation and causing misunderstanding among people by using Facebook," the ministry said in a letter posted online.

"A near-total internet shutdown is now in effect" in Myanmar, reported NetBlocks, a network monitoring group. Connectivity was 16% of normal levels, the group said Saturday.

A Facebook official said the company was "extremely concerned" by the shutdown. "We strongly urge the authorities to order the unblocking of all social media services," said Rafael Frankel, Facebook's Asia-Pacific director of public policy.

Kathleen Reen, Twitter's senior director of public policy and philanthropy for the region, said the government's online clampdown "undermines the public conversation and the rights of people to make their voices heard. The Open Internet is increasingly under threat around the world. We will continue to advocate to end destructive government-led shutdowns."

Telenor Myanmar, a telecommunications company in Myanmar, said it was "gravely concerned" by the shutdown. It said the government ordered mobile operators and Internet providers on Friday to block Twitter and Instagram "until further notice" following an earlier order to block Facebook.

"While the directive has legal basis in Myanmar's telecommunications law," Telenor Myanmar said, the company has "challenged the necessity and proportionality of the directive" and said it contradicts international human rights laws.

United Nations investigators say Facebook has been used to incite violence against minority Rohingya Muslims in Myanmar. Just this week, the company's oversight board overruled the removal of a post from a Facebook user in Myanmar that Facebook said violated its rules against hate speech for disparaging Muslims as psychologically inferior.

"Facebook's Oversight Board bent over backwards to excuse hate in Myanmar — a country where Facebook has been complicit in a genocide against Muslims," said Eric Naing, a spokesperson for Muslim Advocates, a civil rights group.

Earlier this week, the Biden administration raised the prospect of sanctions in an effort to urge Myanmar's military to release detained activists and officials and end the coup.