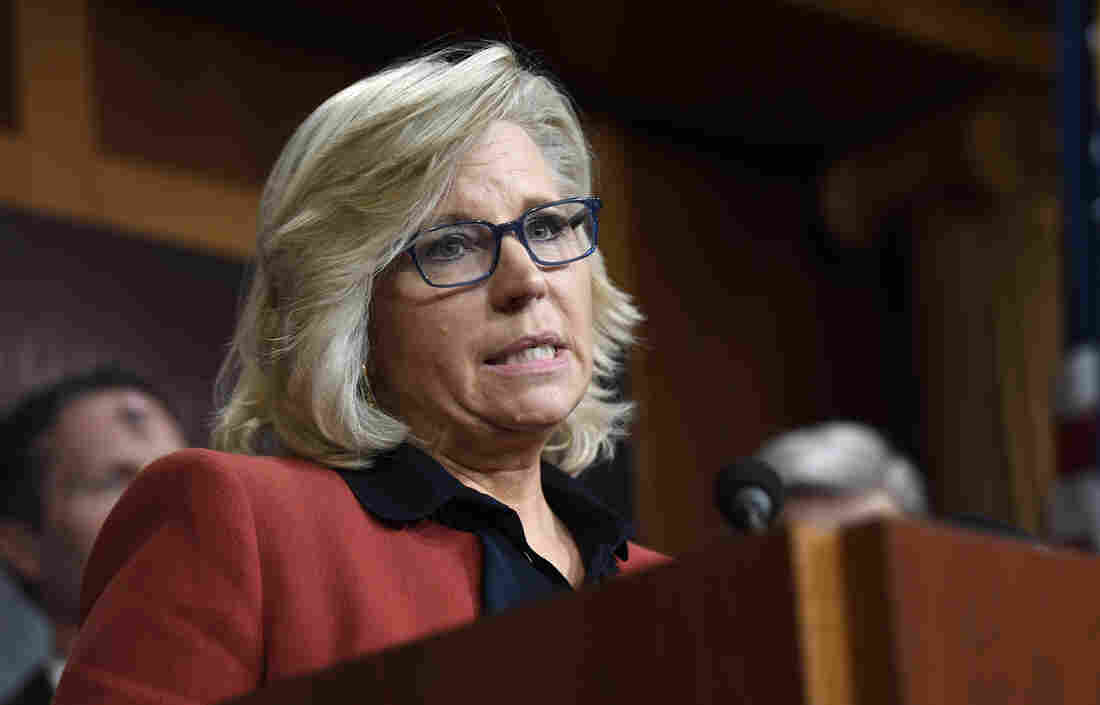 The Wyoming Republican Party voted overwhelmingly to censure Rep. Liz Cheney for voting last month to impeach then-President Trump for his role in the Jan. 6 riot at the Capitol. Susan Walsh/AP hide caption 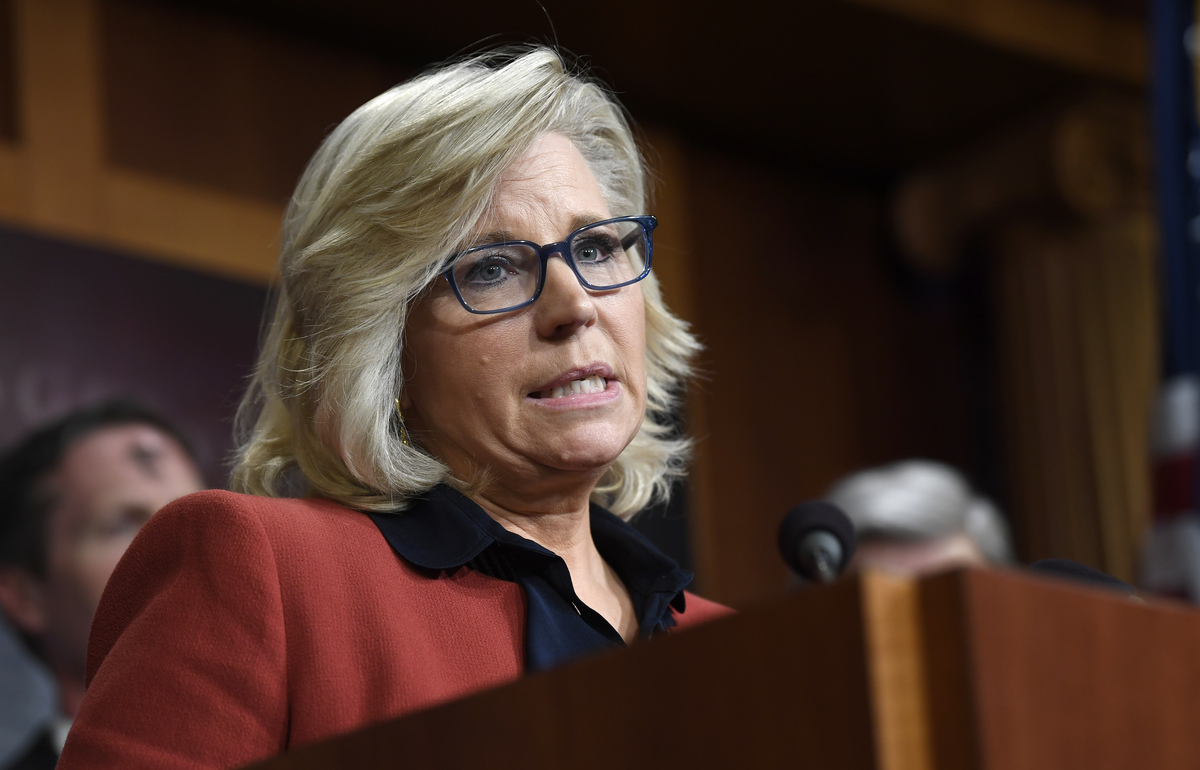 The Wyoming Republican Party voted overwhelmingly to censure Rep. Liz Cheney for voting last month to impeach then-President Trump for his role in the Jan. 6 riot at the Capitol.

The Wyoming Republican Party voted Saturday to censure Rep. Liz Cheney and also asked her to resign for her vote last month to impeach then-President Donald Trump after the insurrection at the Capitol on Jan. 6.

On Sunday, Cheney defended her decision.

"I think that the people in the party are mistaken. They believe that [Black Lives Matter] and Antifa were behind what happened here at the Capitol. That's just simply not the case, it's not true," she told Fox News Sunday about the censure, in which just eight of the party central committee's 74 members opposed the resolution.

Evidence and arrests thus far have shown it was largely far-right groups and pro-Trump extremists who planned and carried out the Capitol attack.

"People have been lied to," Cheney added. "The extent to which President Trump, for months leading up to Jan. 6, spread the notion that the election had been stolen or that the election was rigged was a lie, and people need to understand that."

Cheney, the No. 3 House Republican, was one of 10 members of her party who voted to impeach Trump for an unprecedented second time. She has come under fire from Trump loyalists for siding with Democrats in the impeachment.

Cheney also doubled down on her criticism of Trump, whom she said "does not have a role as the leader of our party going forward."

"The single greatest threat to our republic is a president who would put his own self interest above the Constitution, above the national interest," she told Fox.

Cheney's censure by her state's GOP is largely symbolic, and it comes after House Republicans decided to let her hold onto her leadership role in Congress.

The Wyoming committee also called on her to "immediately resign," according to a copy of the censure published by Forbes.

The House vote to impeach Trump, the letter reportedly reads, was done "with no formal hearings held, no quantifiable evidence presented, no witnesses sworn to give testimony, and no right to cross examine the accusers provided."

It reportedly says Cheney "violated the trust of her voters, failed to faithfully represent a very large majority of motivated Wyoming voters, and neglected her duty to represent the party" and the will of the state's voters.

The resolution also falsely states, according to the letter copy, that there was "ample" video evidence that the riot at the Capitol was "instigated by Antifa and BLM radicals."

NPR's calls to the Wyoming Republican Party were not answered.

The pressure on Cheney is unlikely to dissipate following the censure. Anthony Bouchard, a state senator planning to run against Cheney in 2022, tweeted a photo of an empty chair with her name on it from Saturday's meeting.

"Today's vote to censure illustrates that Liz Cheney is hopelessly out of touch with Wyoming, Trump's best state TWICE," he said.

Today's vote to censure illustrates that Liz Cheney is hopelessly out of touch with Wyoming, Trump's best state TWICE. Maybe Liz should run inside the DC Beltway in VA where she lives fulltime, because she's never here and has no clue how we think. And doesn't care. #AWOL pic.twitter.com/BerG7wVTVL

Cheney was invited to address the meeting but didn't attend.

In late January, Florida Rep. Matt Gaetz ignored calls by the Republican leadership to try to cool tensions within the party and flew to Wyoming to campaign against Cheney.

Cheney is not the only GOP member to face censure for acting in opposition to Trump.