Accessibility links
State Department Condemns Houthi Rebels Group It Removed From Terrorist List The war between the Houthi rebels and the Saudi military has created what the U.N. calls the world's worst humanitarian crisis. 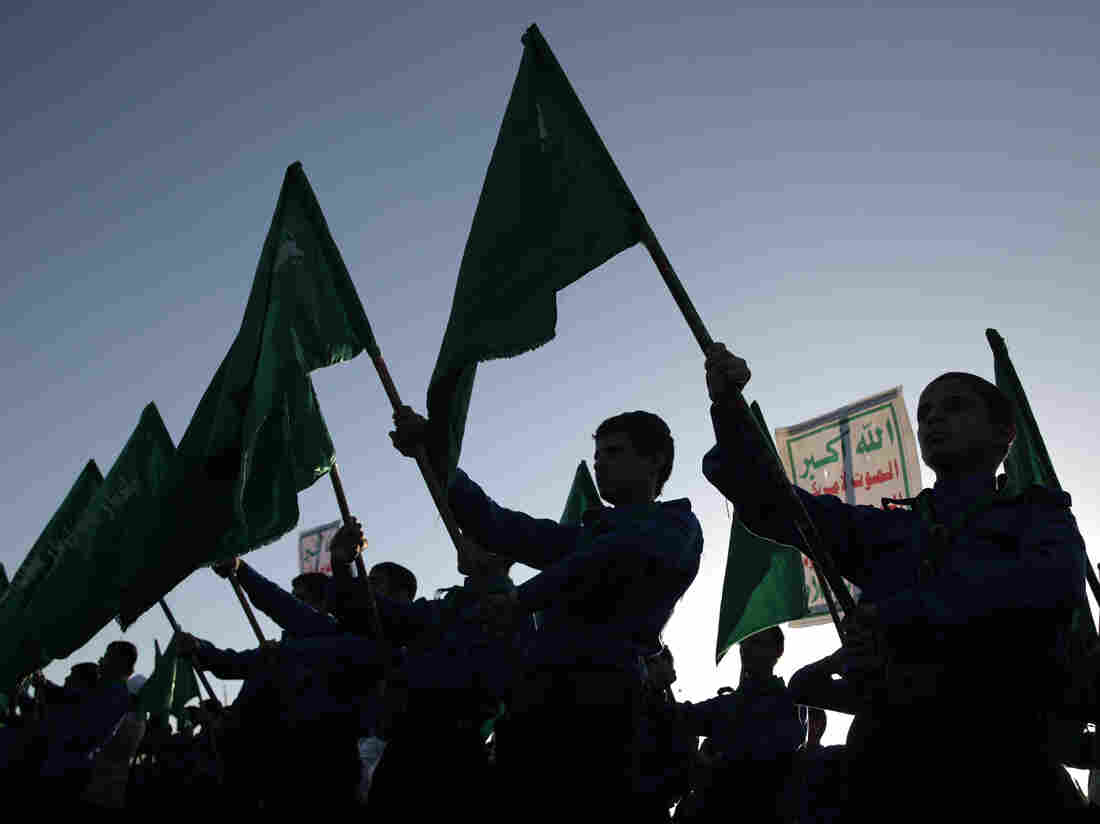 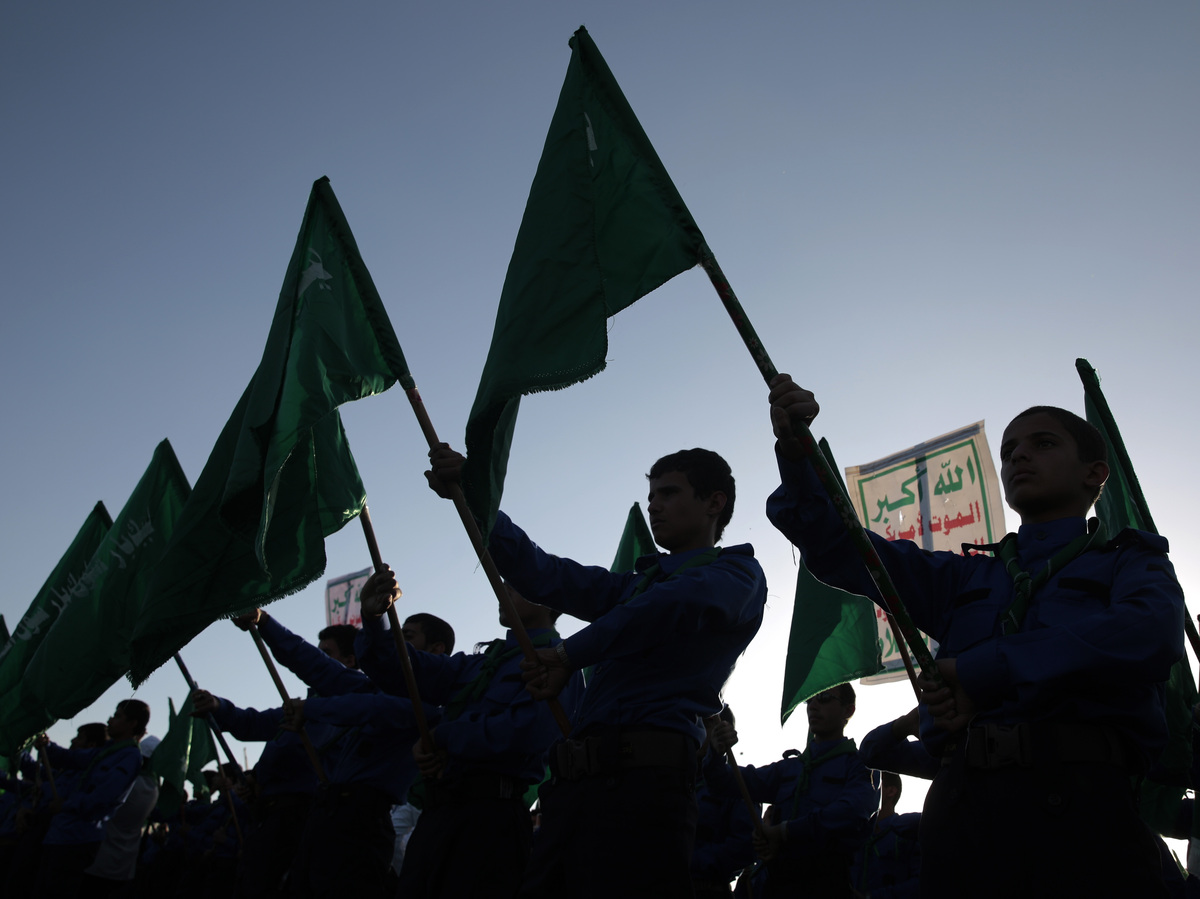 Supporters of the Houthi rebels attend a celebration of Mawlid al-Nabi — the birth of Islam's prophet, Muhammad — in Yemen's capital, Sanaa, last year.

Two days after removing a terrorist designation for the Iran-backed Houthi rebels, the Biden administration criticized the militant group for its continued attacks in Saudi Arabia and in Yemen.

A statement from the U.S. State Department on Sunday called on the Houthis to "immediately cease attacks impacting civilian areas inside Saudi Arabia and to halt any new military offensives inside Yemen." State Department spokesman Ned Price said the U.S. remains "deeply troubled" by the group's actions and that President Biden has endorsed a negotiated settlement to the war in Saudi Arabia and Yemen.

Reuters reports that the Saudi-led military coalition intercepted and destroyed four armed drones heading to southern Saudi Arabia early Sunday. A spokesman for the coalition said those drones were launched by Houthis.

The Houthis captured Yemen's capital, Sanaa, along with much of the country's northwestern territory, a region bordering Saudi Arabia, in late 2014 and early 2015. The group toppled the Saudi-backed government in power. The United Nations, which has called Yemen the worst humanitarian crisis in the world, estimates that more than 200,000 people have died from fighting and war-related problems such as hunger.

International aid organizations and authorities criticized the label because it posed serious difficulties for relief groups working in Yemen.

On Friday, Biden said he would end U.S. support for Saudi Arabia's intervention in Yemen after reports of civilians killed by indiscriminate bombings and other atrocities.