Accessibility links
Facing A Reckoning, Wyoming Wrestles With A Transition From Fossil Fuels The Biden administration is expected to be sued over its ban on new oil and gas leasing on federal land. In top fossil fuel states like Wyoming, cuts to services and mass layoffs were already looming. 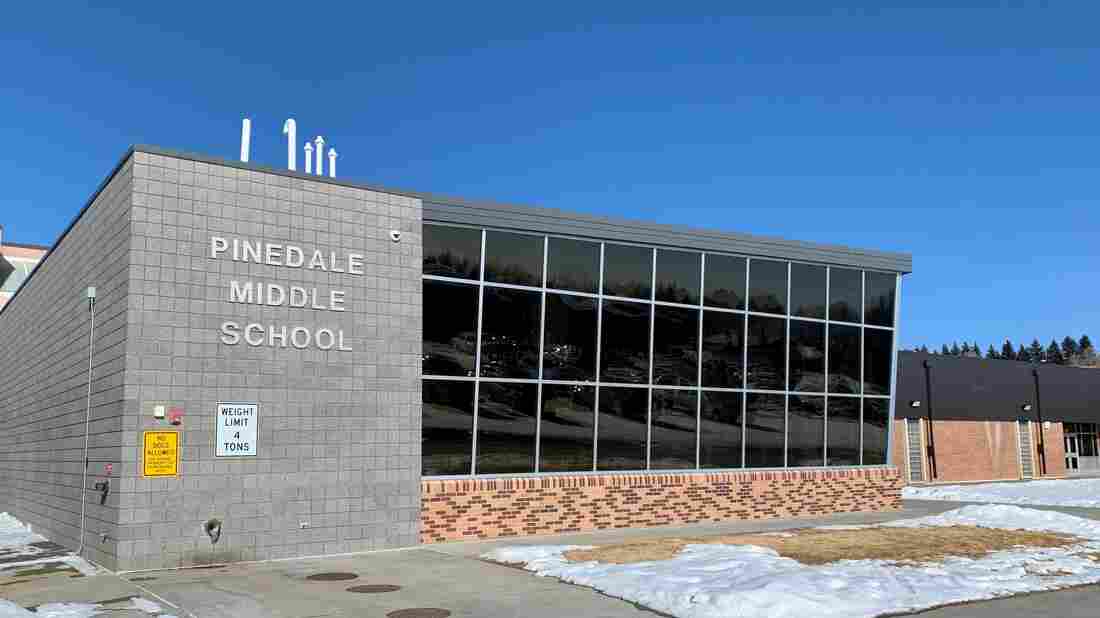 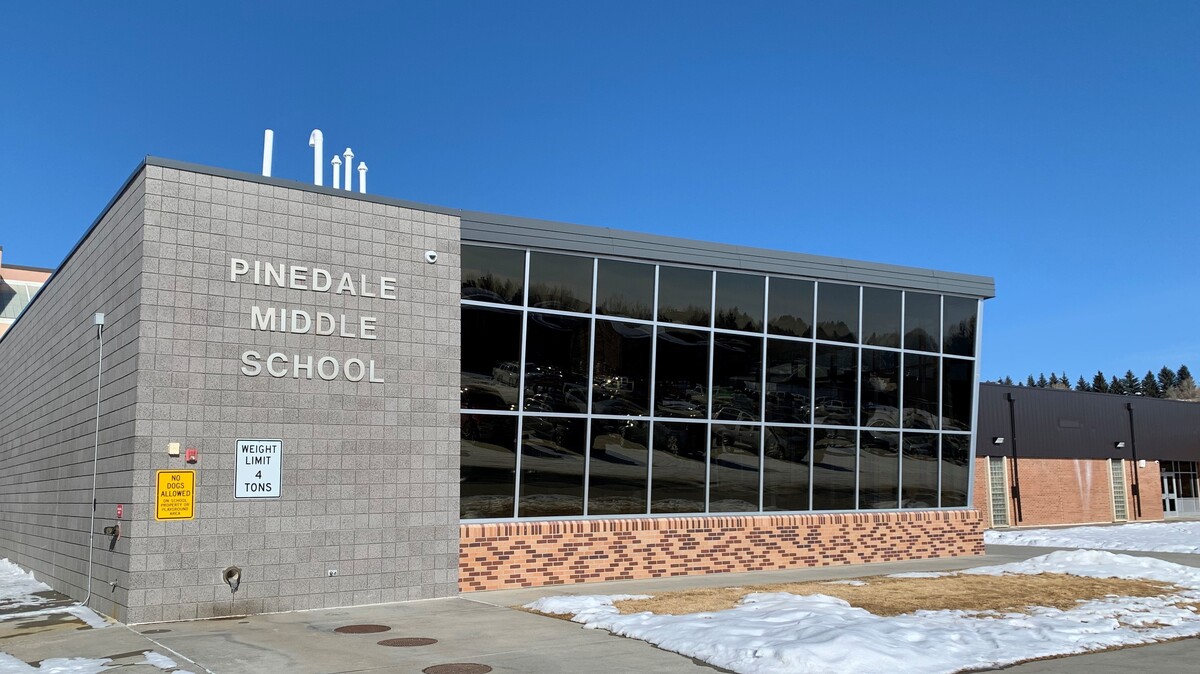 In Wyoming, public schools such as Pinedale's middle school, face significant cuts to their budgets due to slumping oil, gas and coal prices.

Not many American towns the size of Pinedale, population roughly 2,000, can boast that they have a $22 million aquatic center, with a beautiful lap pool, water slides, yoga rooms and a three-story climbing wall.

Then again, most rural towns this size probably haven't had the steady pipeline of tax revenue from natural gas pumped off nearby federal land to pay for it. The opening of the center, more than a decade ago, convinced its now director Amber Anderson to move back home after college in 2018 as a young professional.

"I would not have come back to Pinedale had it not been for this facility, and my family's all here and I love the outdoors and stuff but there just wasn't a lot to offer in Pinedale," says Anderson.

The Jonah Field is one of the most productive federal drilling lands in the country. But in the last few years, things have gotten tough. When prices were high, companies drilled a lot, but now there's a glut. Prices tanked and the pandemic has made that even worse. Locally, people are getting laid off, and Anderson recently had to cut the aquatic center's budget by almost half.

"It's kind of scary, living in that," she says. "Some diversification would probably be a positive thing." 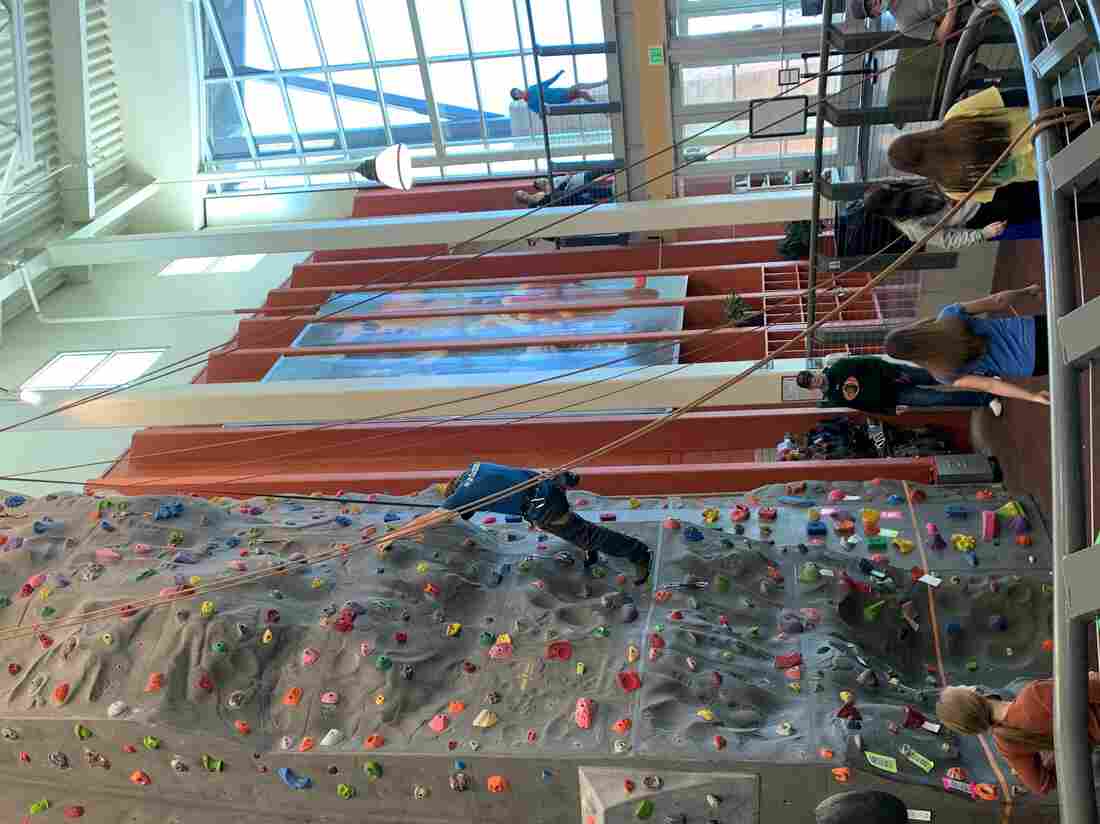 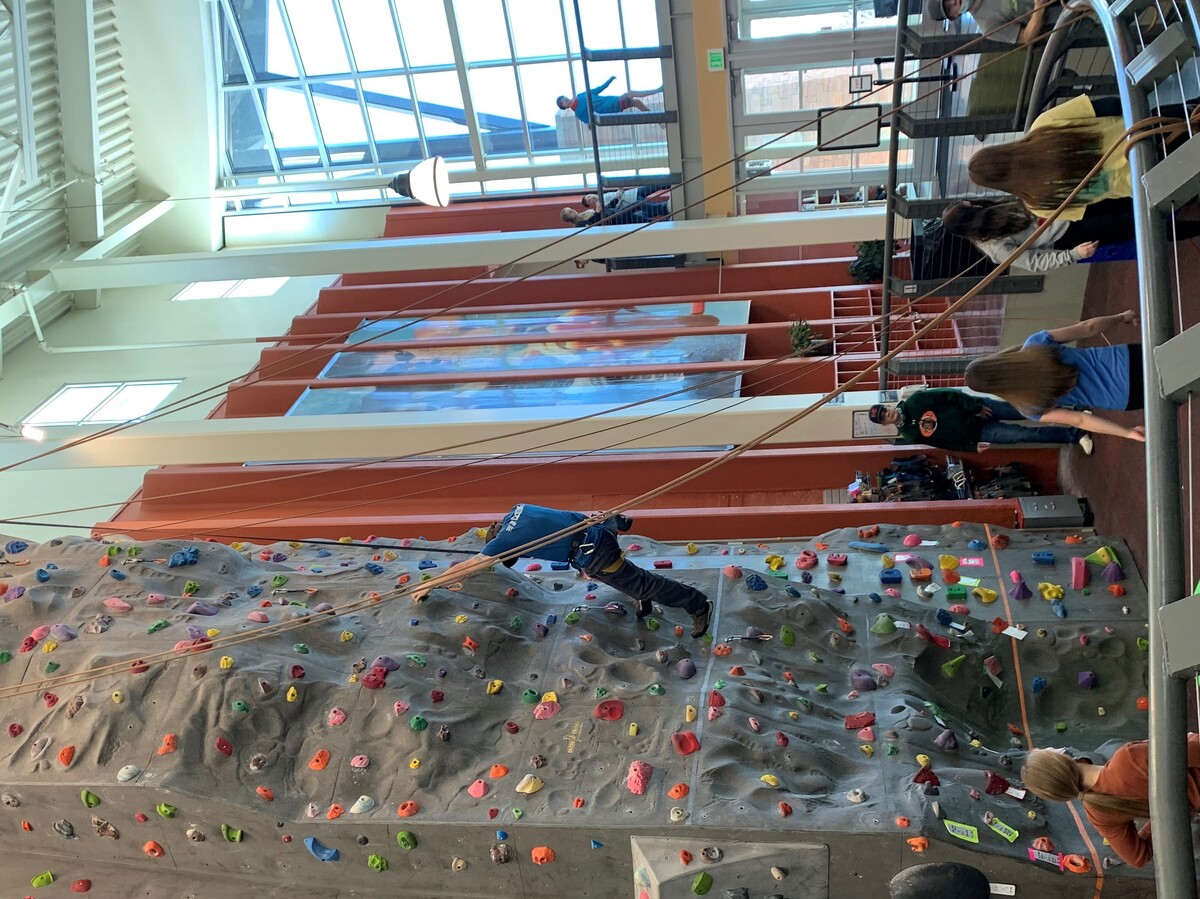 Pinedale's three-story climbing wall, inside a 22 million aquatic center, was largely funded by tax revenue from the fossil fuels industry.

The Biden administration's new climate agenda is forcing a reckoning for states that are dependent on fossil fuels, like Wyoming. Much of its economy — and its state budget — is built on exporting coal, oil and gas to the rest of America. The state is now expected to sue over President Biden's ban on new oil and gas leasing on federal land.

Wyoming's history is one of wild swings between booms and busts, but some have been saying that the state needs to diversify for decades.

"The money is so good, that people's eyes just glaze over," says Linda Baker, an environmental activist in Pinedale who also spent five years working in the oil patch.

For Baker, the latest bust feels different though. Wyoming, the least populated state in the US, is on the financial brink, and now the Biden administration is trying to wean the country off fossil fuels due to the climate crisis.

"We have a little breathing room to establish alternative energy sources throughout Wyoming," she says.

It will be tough, she suggests, even without the influence of politics.

While the state is developing renewable energy, it's currently only a fraction of the tax revenue that fossil fuels bring in. Economists say you'd have to increase wind energy production by 100 times just to match what Wyoming currently brings in from coal alone. State lawmakers are poised to make draconian cuts to state services, with public schools bearing the brunt at up to a forecasted $100 million in losses.

"It's time that we really face up to these facts," said Wyoming Gov. Mark Gordon at a press conference late last year. "Without improvements in our revenue picture these cuts will most likely be permanent."

The governor recently directed the state's lone university to partner with community colleges to modernize workforce training and diversify the economy. But a few days later, he also ordered state agencies to report what the financial impacts of President Biden's leasing ban will be, indicating he'll sue the White House.

Joel Bousman, a commissioner in Sublette County, which includes Pinedale, fears the worst from that new executive order.

"This is happening so fast," Bousman says.

About 90% of all of Sublette County's budget comes from taxes on fossil fuels. And he wishes the new administration would have signaled a willingness for more dialogue and a slow 'winding down' of drilling. Instead, he says, the new leasing moratorium was handed down in the first few days after President Biden took office.

"There has been no information whatsoever coming out of the federal government to say, you know, we're thinking of a moratorium," Bousman says.

But even before the ban, companies were scaling back from drilling in western towns like Pinedale, if not pulling out all together because it's cheaper to do business on private land in states like Texas or North Dakota.

A few years ago, a truck stop near the Jonah Field would have been humming with roughnecks, company bosses, and gas well maintenance crews. Instead, it's been mostly deserted for months, says the manager, Roxanne Kroeger. She is trying to work out how much longer she can hold on: "It's very uncertain, nobody knows what's going to happen, now that President Biden's in there."

Biden is pledging to retrain and support traditional fossil fuels workers in states like Wyoming during the transition. Meanwhile, an editorial in Wyoming's largest newspaper pleaded that the country not turn its back on Wyoming workers, especially after all the cheap energy that's been produced and exported out of here for decades.

The possibility of a transition is forcing a question that even just a few years ago might have been considered unthinkable: What is Wyoming without fossil fuels?

Thinking 'outside the box'

"The state faces financial ruin," says Justin Farrell, who grew up in Cheyenne and is now a sociology professor at Yale. "In times past it could get by on coal, oil, natural gas production, but those are just not attractive markets any longer."

This migration trend has only accelerated during the pandemic, and it has spread to places near Jackson, like Pinedale.

"It is going to require that the state reinvent itself again," says Pinedale Mayor Matt Murdock. 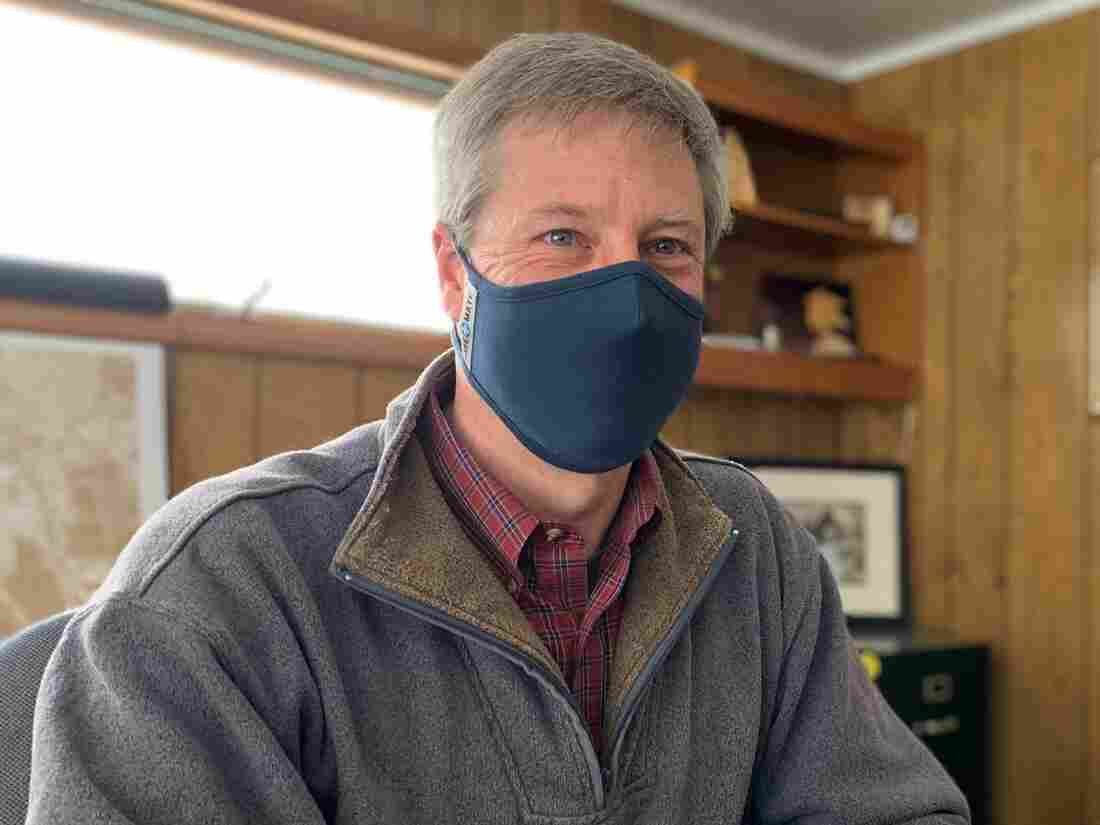 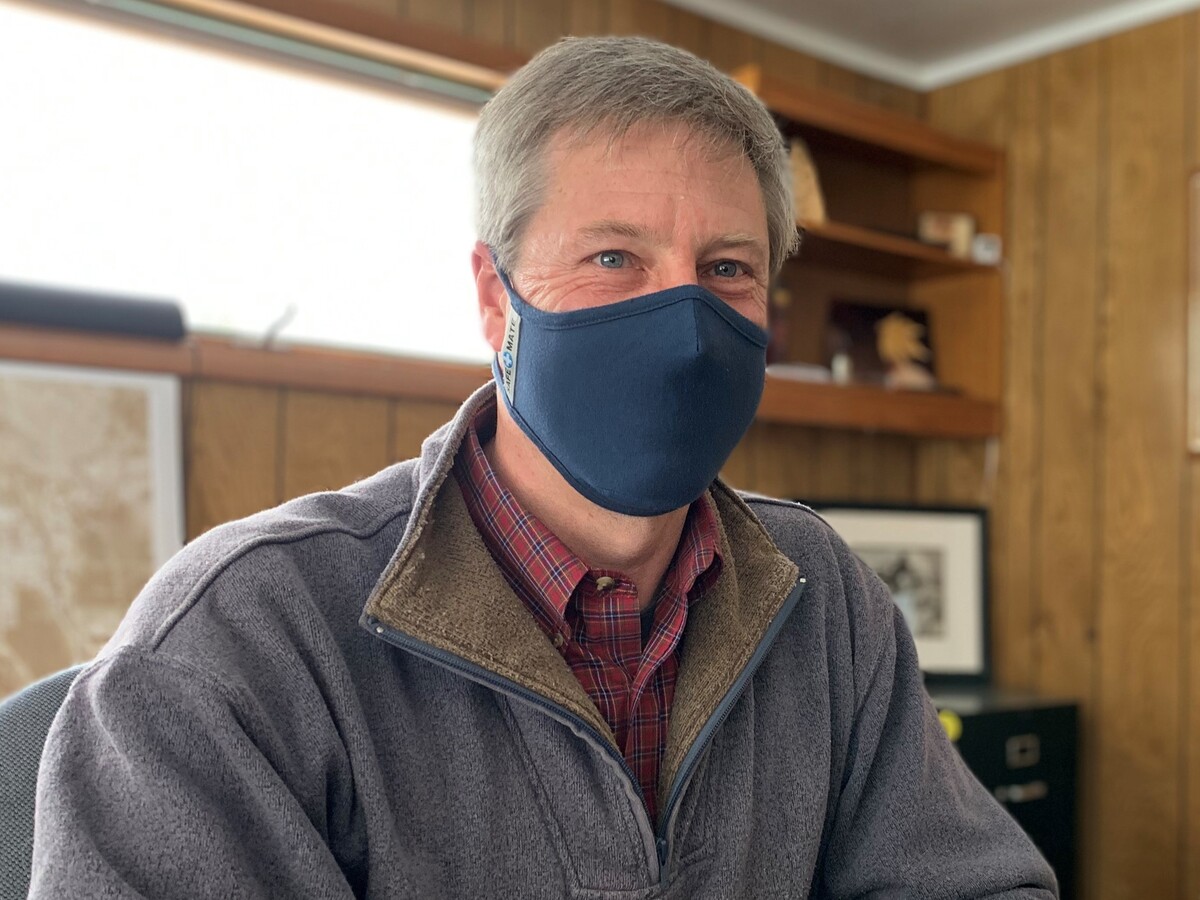 The mayor of Pinedale, Wyo., Matt Murdock started an alternative energy company in efforts to push the state beyond the fossil fuels industry.

He is trying to push his home state to think outside the box if fossil fuels really are on their way out. Recently, he started an alternative energy company that aims to recycle waste from landfills or even old defunct oil wells and turn it into gas.

"Change has always challenged the status quo," Murdock says. "So we need to do our best to try to steward that and try to direct the change in a way that helps people to make the shift."