Accessibility links
Indonesian Jetliner Crash May Have Been Caused By Faulty Throttle Investigators say an engine throttle appears to have malfunctioned while the autopilot was engaged, possibly contributing to last month's crash of a Boeing 737-500 that killed all 62 people aboard. 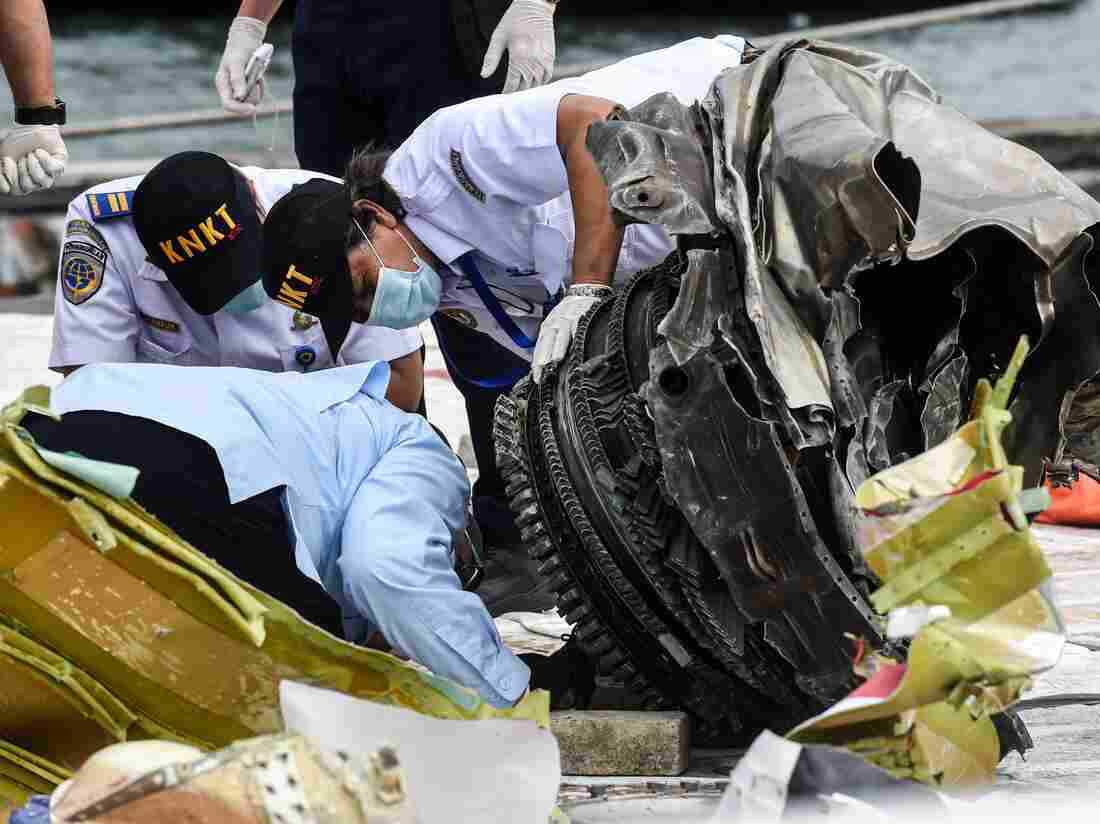 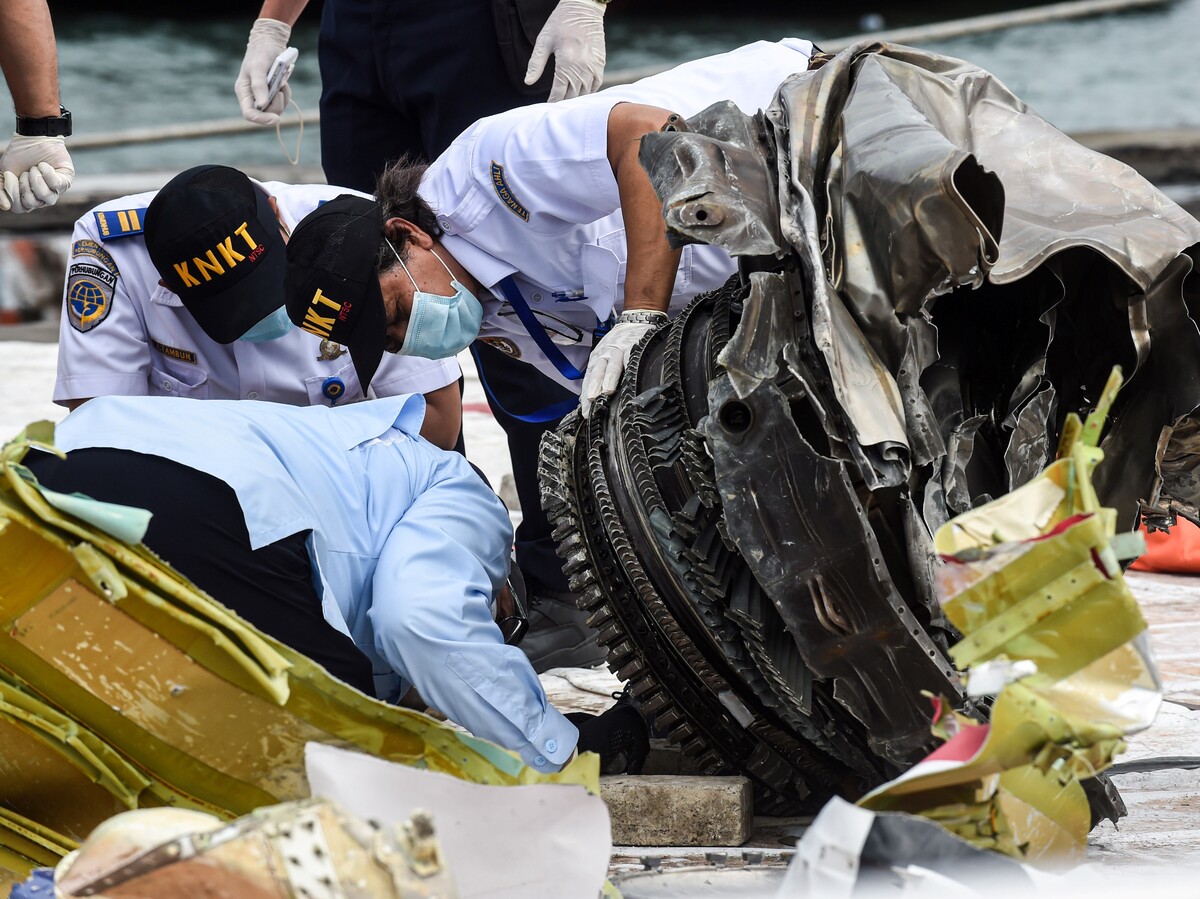 A faulty engine throttle may have contributed to the crash of an Indonesian jetliner last month that killed all 62 people aboard, the country's air accident investigative agency said Wednesday.

Pilots aboard the Sriwijaya Air Boeing 737-500 struggled to keep the plane airborne just after takeoff from Jakarta on Jan. 9. Within minutes, they lost control, and the airliner nosed into the Java Sea.

In a preliminary report on the crash, Indonesia's National Transportation Safety Committee, or KNKT, said it had yet to determine a cause, but that it was looking closely at how the plane's throttles behaved with the autopilot engaged.

"What we know is the left autothrottle moved backward," KNKT investigator Nurcayho Utomo told reporters. "We don't know if it's broken or not, but it's an anomaly because the left moved far back, the right did not as though it was stuck."

"We don't know which one is malfunctioning, we are still trying to find out," he said.

Twice, pilots on previous flights of the 26-year-old airplane had reported problems with the automatic throttle, but the KNKT said that maintenance logs indicated that the problem had been fixed four days before the crash. Even so, the plane can be designated airworthy even with a faulty autothrottle, because pilots have the option to adjust engine thrust manually, the air safety agency said.

Within days of the crash, divers recovered the plane's cockpit data recorder, but couldn't find a memory unit that apparently broke away from the cockpit voice recorder, or CVR, at the time of the crash. Locating the missing piece of the CVR might shed light on how pilots viewed the evolving situation in the moments before the 737 hit the water.

Both the plane's captain and first officer were experienced pilots. The last time they made contact with the tower in Jakarta was about four minutes after takeoff, when pilots acknowledged instructions to climb to 13,000 feet. The recovered flight data recorder, or FDR, showed that the plane only reached 10,900 feet before it began losing altitude, Utomo said.

Boeing and engine-maker General Electric are working with Indonesian investigators to review data from the FDR, KNKT said. A team from the U.S. National Transportation Safety Board and Federal Aviation Administration has also joined the investigation, according to The Associated Press.

Among other things, the KNKT said their preliminary findings highlight the importance of upset recovery training for pilots. The agency also emphasized the need to recognize repetitive plane defects, a problem that was also noted in the 2014 crash of an AirAsia flight.