Chinese Probe Enters Mars Orbit With Plan For May Landing

Chinese Probe Enters Mars Orbit With Plan For May Landing 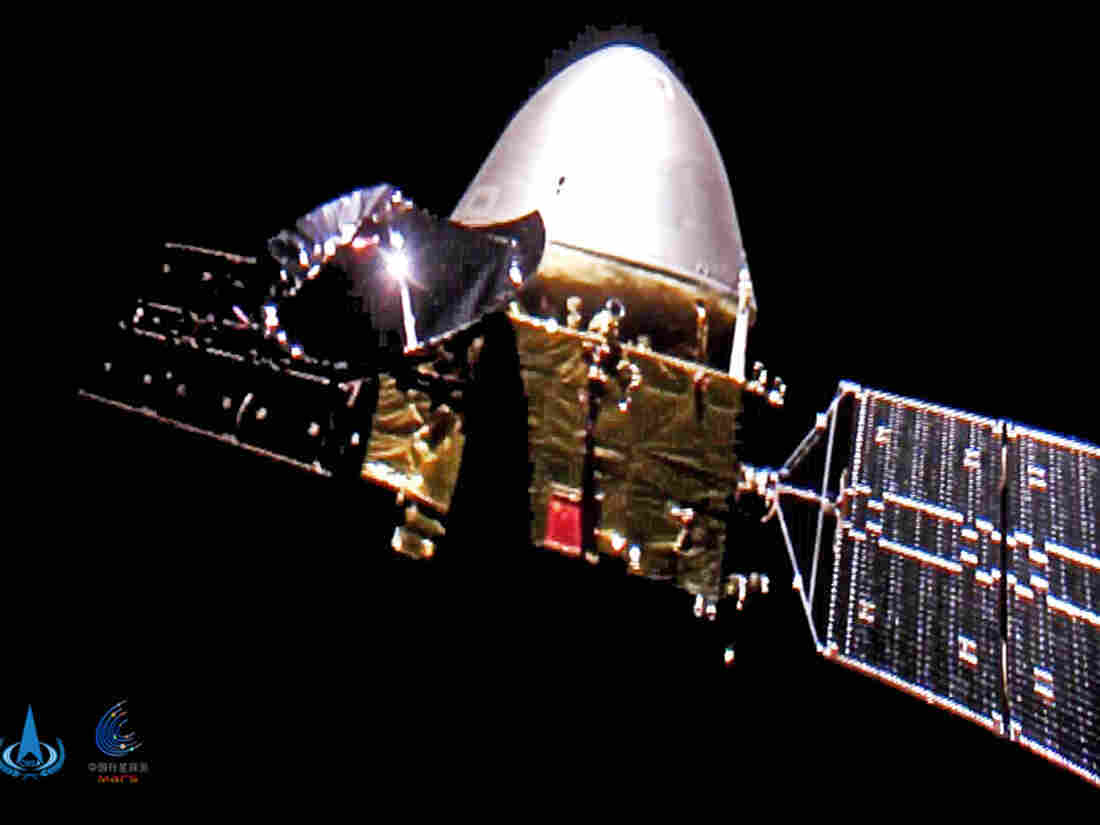 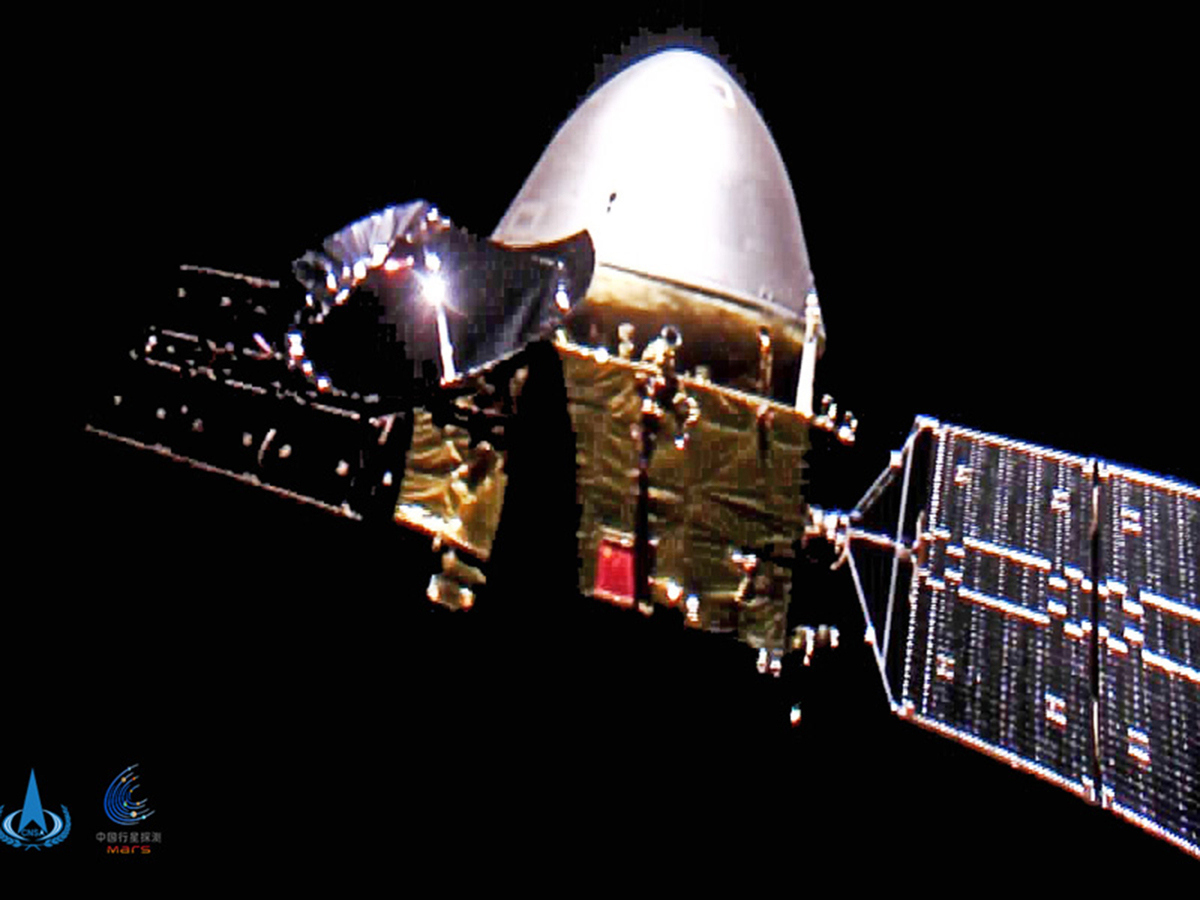 An selfie taken by China's Tianwen-1, made available by the China National Space Administration, in December. China announced Wednesday that the probe had entered orbit around Mars.

China's space agency, fresh off a successful sample-return mission to the moon, announced Wednesday that an ambitious rover mission it launched in July had reached orbit around Mars.

After a "braking" maneuver, the spacecraft moved into "an elliptical Martian orbit with a perigee of about 400 kilometers and a circling period of 10 days," it said.

February is a busy month for Mars, with a trio of international arrivals. Besides Tianwen-1, a probe from the United Arab Emirates named Hope entered orbit earlier this week, and on Feb. 18, NASA's latest rover mission, Perseverance, is expected to arrive. All three missions took advantage of a particularly good launch window in July, aligning the Earth and Mars in way that allowed for a quicker trip to the Red Planet.

It's A Good Time To Head To Mars

Unlike the UAE's mission, the Tianwen-1 probe includes an orbiter, lander and rover. The entire package will remain in orbit until May, at which time the lander and rover are expected to separate and descend to the Martian surface.

However, Mars presents a unique challenge when it comes to landing, and its surface is littered with the debris from failed attempts. The planet's thin atmosphere is still thick enough to produce heat at the same time that it offers little in the way of resistance to slow the craft down. Among other things, that makes parachutes much less effective than they are on Earth. Also, the distance between Earth and Mars means communication with the spacecraft isn't anything close to real time, therefore necessitating an autonomous landing.

China, if successful, would become only the third country after the U.S. and the former Soviet Union to make a soft landing on Mars.

The lander and rover are slated for a touchdown on Utopia Planitia, a huge ancient impact crater which is considered a relatively safe landing spot, but also of scientific interest.

In October, after China announced the landing site, Alfred McEwen, director of the Planetary Image Research Laboratory at the University of Arizona, told Space.com that the spot was "mostly flat and smooth but with craters, aeolian [wind-sculpted] ridges, and a few boulders."

Some scientists believe the landing site is "covered by mud flows" and that "ancient deep groundwater may have existed," there, he said, adding "this could be an interesting location to study with a rover."