Hayley Williams Sings Herself Back To Life

Hayley Williams Sings Herself Back To Life

On 'Flowers for Vases / descansos,' she builds a new language from grief 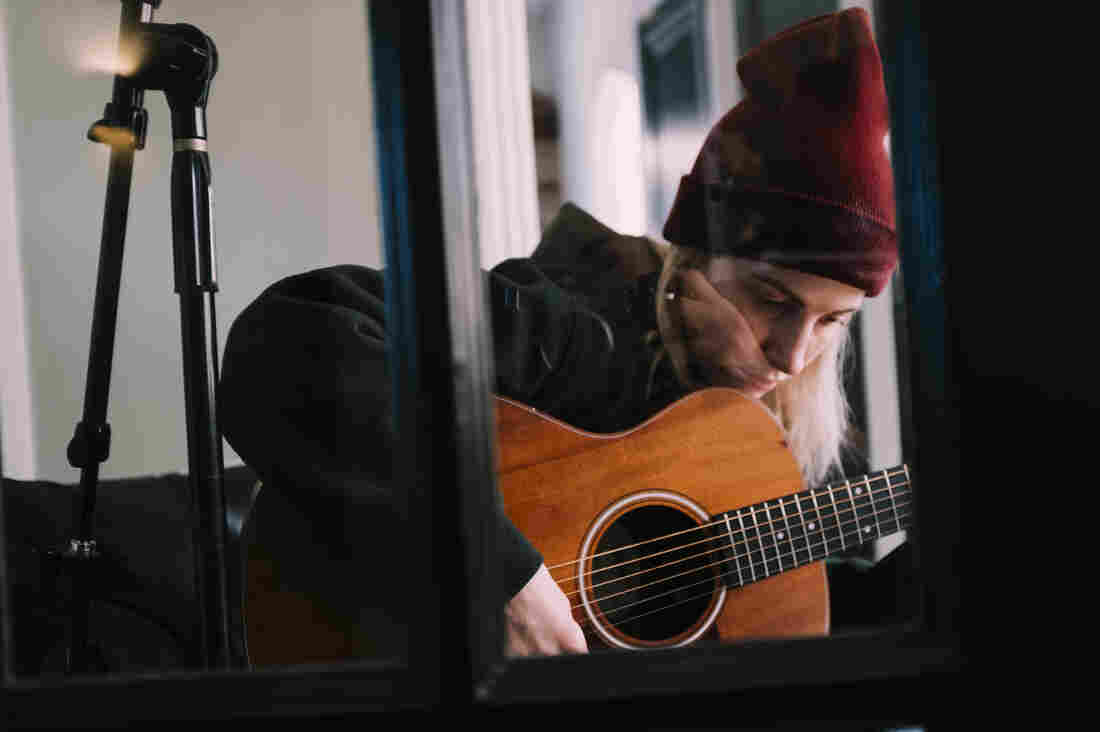 From the album's imagery to her lyrical prowess, Hayley Williams' Flowers for Vases / descansos recalls folk tales from Clarissa Pinkola Estés' 1992 book Women Who Run With the Wolves. Lindsey Byrnes/Courtesy of the artist hide caption 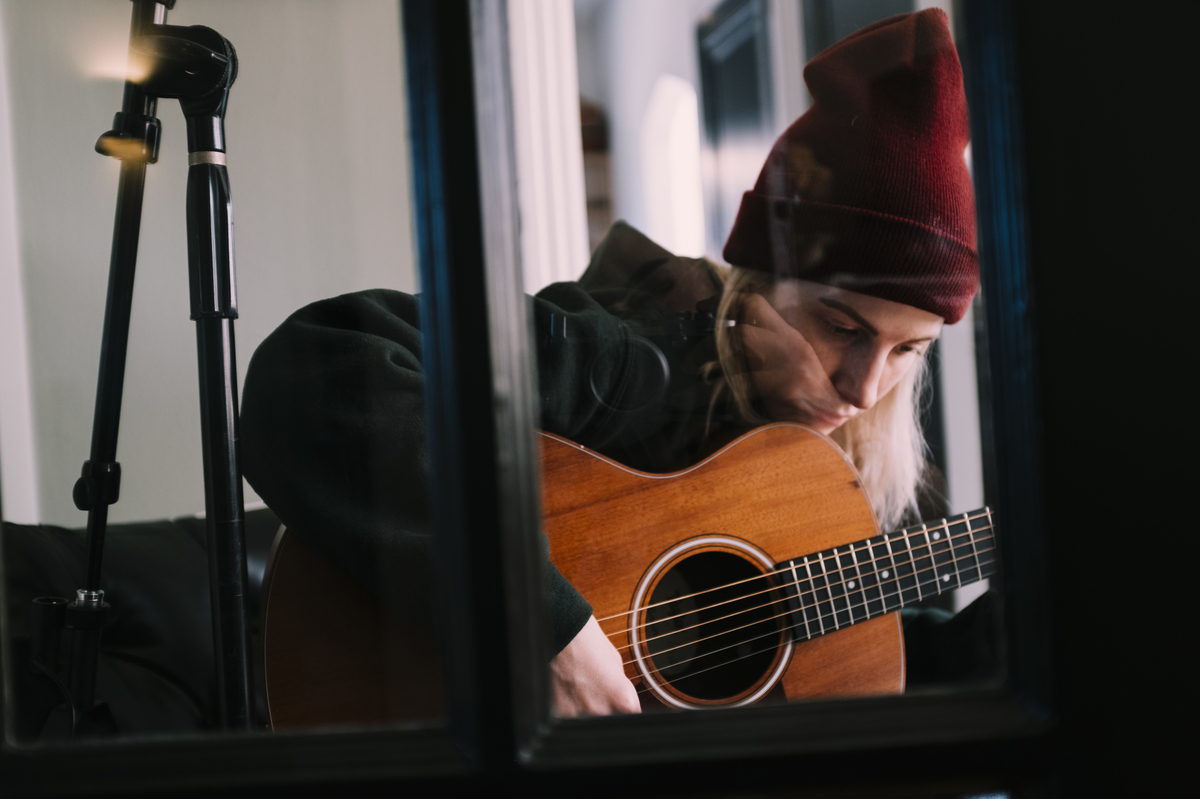 From the album's imagery to her lyrical prowess, Hayley Williams' Flowers for Vases / descansos recalls folk tales from Clarissa Pinkola Estés' 1992 book Women Who Run With the Wolves.

"Myth is the threshold of history." Saidiya Hartman stakes this claim in Lose Your Mother, a tale of myth, fiction and the root causes of subjugation. Hartman, like the countless women before her, bridges the gap between fictional worlds of lived trauma and restoration. Hayley Williams, in her second solo album, counts herself among the women who blur the lines of myth and reality. On Flowers for Vases / descansos, she makes a way, but never a destination to reclaim selfhood.

Written and recorded in her Nashville home, Williams says the album acts as a tangent. "This isn't really a follow-up to Petals for Armor. If anything, it's a prequel, or some sort of detour between parts 1 and 2 of Petals," Williams wrote on Instagram stories the night of her album release. If Petals for Armor gave the world a breadth of emotion and reflection on her journey through loss, family trauma and deep reflection via EMDR therapy, then on Flowers for Vases, Williams has the courage to find herself again amidst the wreckage.

Daniel James, who has been in Williams' orbit since writing string arrangements for her band Paramore's After Laughter in 2017, engineered and produced the album. Williams played every instrument herself, "not to mention casually being a drum god," James praised. With a focus on Williams' untapped folk roots and bass-heavy ballads of loss, the heaviest light shines on elegies such as "Trigger" and "Over Those Hills." And while the project moves in conversation with the rise of quarantine-recorded folk pop, Flowers for Vases' kin is closer to Tegan and Sara than anything else.

Hayley Williams Dives Into The Wreck

From the album's imagery — Williams in a jacuzzi of murky red water ("def most ridiculous quarantine purchase"), as if stewing in the weight of grief — to her lyrical prowess, Flowers for Vases / descansos calls to mind "The Skeleton Woman," "The Red Shoes'' and "The Handless Maiden'' from Clarissa Pinkola Estés' 1992 book Women Who Run With the Wolves. "Women have died a thousand deaths before they are twenty years old... They have hopes and dreams that have been cut off also," Estés wrote. "Anyone who says otherwise is still asleep. All that is grist for the mill of the descansos." Women have been taught to quiet ourselves, to be smaller and to take up less space in a patriarchal world predicated on women ignoring their deepest intuitions. Instead, we should build altars of community and solace. Don't ask us to be less; we deserve to deepen our calling to wholeness.

On her second solo project, Williams illustrates various mythologies from Estés' book, but focuses most on the story of the skeleton woman. This folktale is about a woman discarded by her father; she is so detracted of love that only singing flesh back onto her bones and taking the heart ("the mighty drum") of another brings her back to life. These ideas of amputation, death and rebirth ebb and flow throughout Flowers for Vases: "If you gotta amputate / Don't give me the tourniquet." The skeleton woman and Williams merge in shared experiences of codependency, giving all of themselves for relationships that were at times harmful or abusive. "It also felt like such a culmination of all the lessons I've learned from multiple relationships that just felt like my own body was eating itself," Williams told Zane Lowe.

Williams lays with her descansos (or memorials of death) to bring life back into herself, making herself anew. The quick-tempoed "Wait On" speaks to waiting grief and the ways that she's made herself smaller for a sense of belonging ("There was a bird who never flew / But she still kept all of her feathers / So she could pluck 'em out for you"). The bottom half of the album takes us to the depths of introspection and recollection of trauma, only to bring us to the first pragmatic spot of the record: slow drumming pumps blood back into "Inordinary," a ballad about Williams and her mother fleeing Meridian, Miss., from her step-father.

In this myth bending, Williams sits face to face with devastating loss. Critical questions of longing and belonging resonate from top bottom, but Williams' exploration is not for anybody but herself. Even as she muddles through "No Use I Just Do" and "Find Me Here," both records that feel like internal dialogues on self acceptance, finding grace and becoming resolute about the lessons she must unlearn. Very much like the skeleton woman, Hayley Williams meets herself all over again and enjoys the glimpses of solace as they come. Williams shows the honest grit it takes to get back what you lost before you knew it was gone.

"It's harder to tell the story of how I convinced myself I didn't need what was necessary to survive," CJ Hauser wrote in a sobering essay about the end of a emotionally abusive relationship. "How I convinced myself it was my lack of needs that made me worthy of love." In no uncertain terms, Flowers for Vases / descansos asks us to reckon with our own forgotten mythologies — that is never easy, kind or gentle. In a world that often requires us to ignore our deepest needs, Hayley Williams does not provide a light at the end of the tunnel or a closed door, but a new body, a new tongue, and possibly a new frame of reference to survive and even thrive.