Accessibility links
Political Violence May Be Necessary, 4 In 10 Republicans Say In addition, most white evangelicals and Republicans say Biden's election was illegitimate and Trump was not behind the attack on the Capitol. 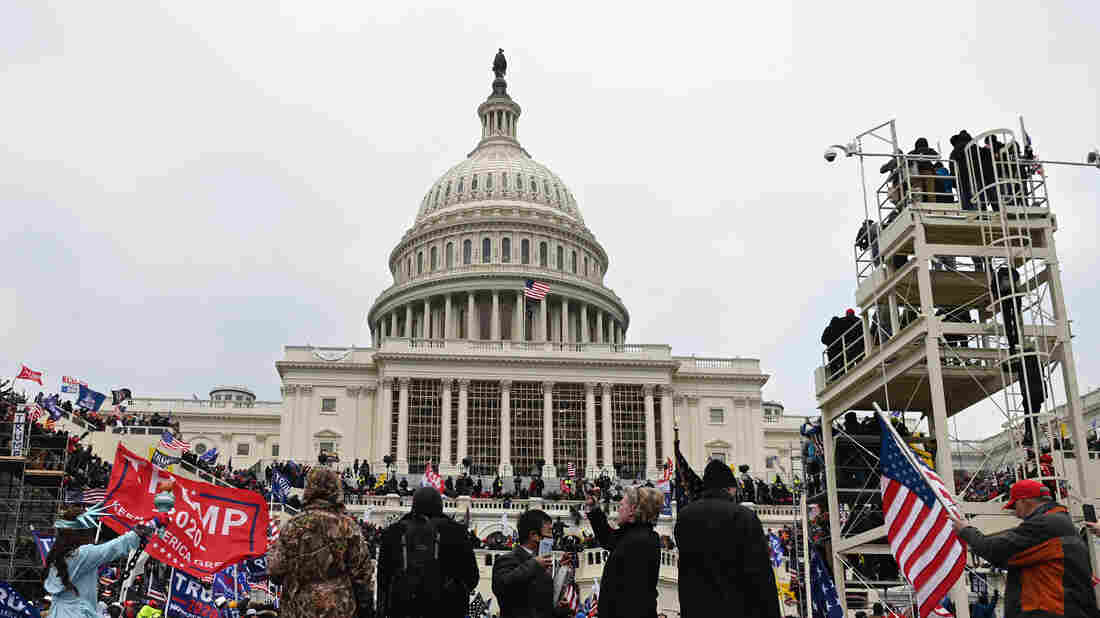 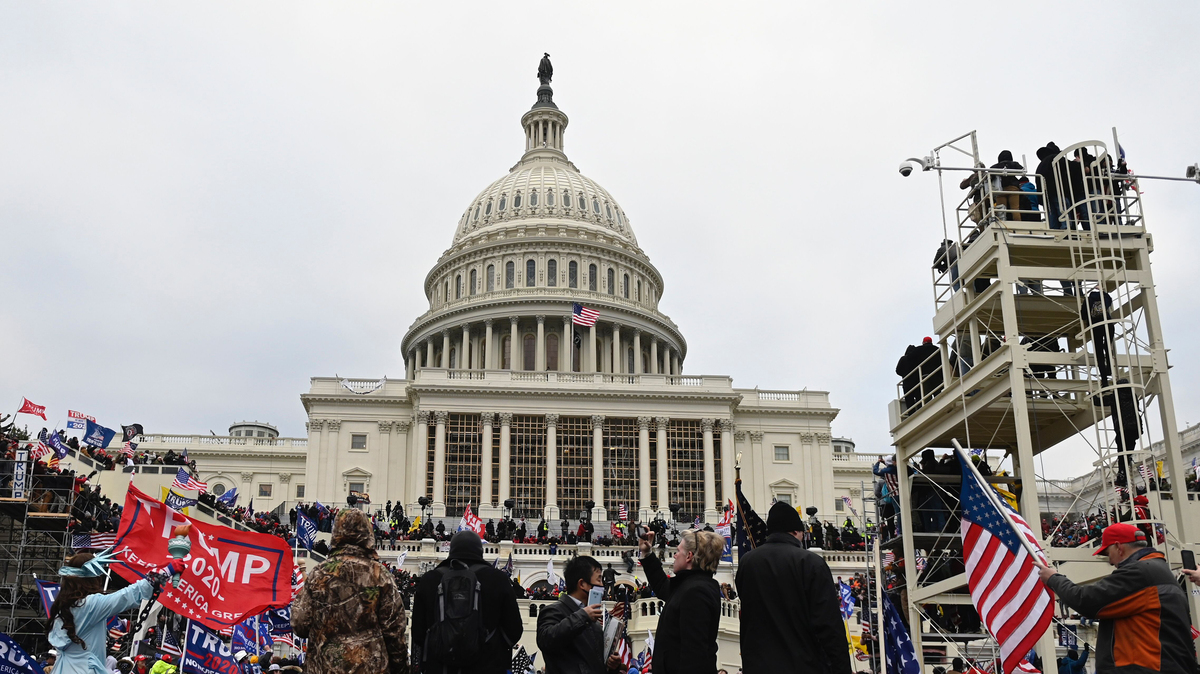 The mob that attacked the U.S. Capitol may have been a fringe group of extremists, but politically motivated violence has the support of a significant share of the U.S. public, according to a new survey by the American Enterprise Institute.

The survey found that nearly three in 10 Americans, including 39% of Republicans, agreed that "if elected leaders will not protect America, the people must do it themselves, even if it requires violent actions."

That result was "a really dramatic finding," says Daniel Cox, director of the AEI Survey Center on American Life. "I think any time you have a significant number of the public saying use of force can be justified in our political system, that's pretty scary."

The survey found stark divisions between Republicans and Democrats on the 2020 presidential election, with two out of three Republicans saying President Biden was not legitimately elected, while 98% of Democrats and 73% of independents acknowledged Biden's victory.

The level of distrust among Republicans evident in the survey was such that about 8 in 10 said the current political system is "stacked against conservatives and people with traditional values." A majority agreed with the statement: "The traditional American way of life is disappearing so fast that we may have to use force to save it."

The survey found that to be a minority sentiment — two out of three Americans overall rejected the use of violence in pursuit of political ends – and Cox emphasized that the finding reflected "attitudes and beliefs" rather than a disposition to do something.

"If I believe something, I may act on it, and I may not," Cox says. "We shouldn't run out and say, 'Oh, my goodness, 40% of Republicans are going to attack the Capitol.' But under the right circumstances, if you have this worldview, then you are more inclined to act in a certain way if you are presented with that option."

The AEI survey found that partisan divisions were also evident along religious lines. About 3 in 5 white evangelicals told the pollsters that Biden was not legitimately elected, that it was not accurate to say former President Donald Trump encouraged the attack on the Capitol, and that a Biden presidency has them feeling disappointed, angry or frightened.

On all those questions, Cox says, white evangelicals are "politically quite distinct." Majorities of white mainline Protestants, Black Protestants, Catholics, followers of non-Christian religions and the religiously unaffiliated all viewed Biden's victory as legitimate.

The AEI survey found that white evangelicals were especially prone to subscribe to the QAnon movement's conspiracy theories. Twenty-seven percent said it was "mostly" or "completely" accurate to say Trump "has been secretly fighting a group of child sex traffickers that include prominent Democrats and Hollywood elites." That share was higher than for any other faith group and more than double the support for QAnon beliefs evident among Black Protestants, Hispanic Catholics and non-Christians.

"As with a lot of questions in the survey, white evangelicals stand out in terms of their belief in conspiracy theories and the idea that violence can be necessary," Cox says. "They're far more likely to embrace all these different conspiracies."

The survey also found "considerable cleavages" among Americans with respect to pride in their national identity. About 6 in 10 said they are proud to be an American, but the finding varied along generational and race lines, with significantly lower levels of national pride among younger and nonwhite people.