Accessibility links
2020 Census Redistricting Data Expected By Sept. 30 To do more quality checks on the data needed for redrawing voting maps, the Census Bureau is now planning for a release by Sept. 30. The delay puts pressure on states facing tight election deadlines. 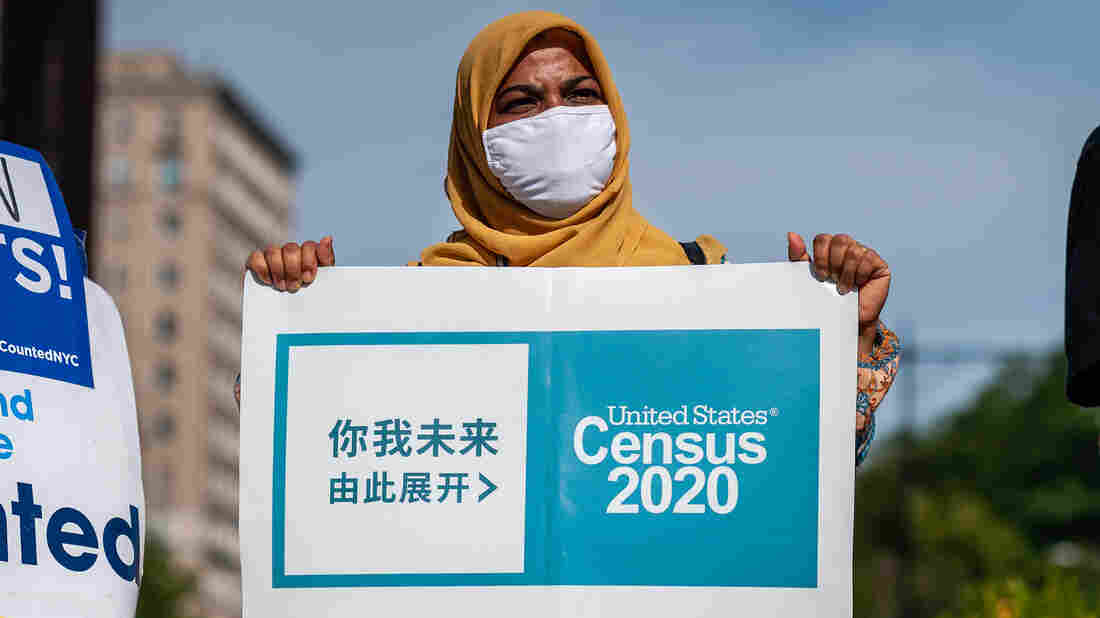 A census supporter holds up a sign during a 2020 rally in New York City. Gabriele Holtermann-Gorden/Sipa USA via Reuters hide caption 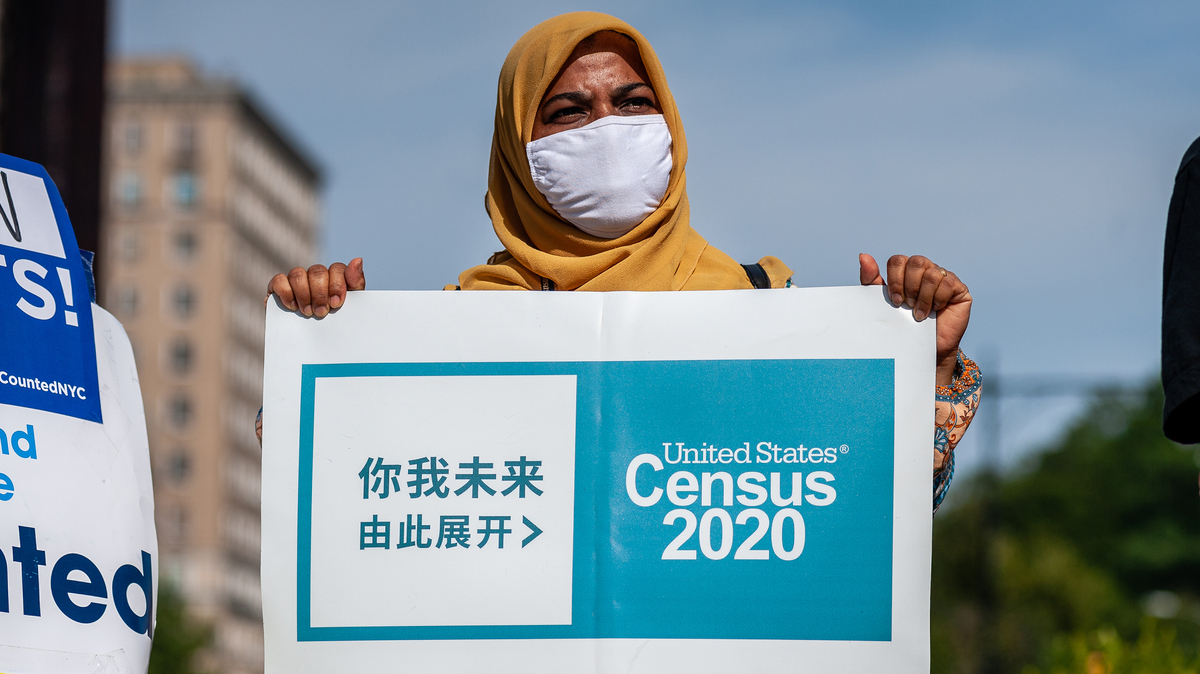 A census supporter holds up a sign during a 2020 rally in New York City.

The 2020 census data needed for the redrawing of voting districts around the country are extremely delayed and now expected by Sept. 30.

A senior Democratic aide who was briefed by the Census Bureau on Friday, but not authorized to speak ahead of the bureau's planned public announcement, first confirmed the schedule change to NPR earlier on Friday.

Then, in a statement, the bureau said the timing shift allows it to "deliver complete and accurate redistricting data in a more timely fashion overall for the states," which are expected to receive the information at the same time rather than on a rolling basis as after past head counts.

Dogged by the coronavirus pandemic and the Trump administration's interference with the census schedule, the latest expected release date — six months past the March 31 legal deadline — could throw upcoming elections into chaos in states facing tight redistricting deadlines for Congress, as well as state and local offices.

In a press briefing Friday, James Whitehorne, the head of the bureau's redistricting office, said that if the agency completes its quality reviews earlier than expected, it would release the redistricting data earlier. But Whitehorne also said: "We don't anticipate finishing much before Sept. 30."

Redistricting experts say the later in September the data are delivered, the more states expected to have to scramble to finish drawing new maps in time for the 2022 elections.

Before the latest delay, first reported by The New York Times, was confirmed, the bureau had been signaling since April 2020 that states would likely receive redistricting data by the end of this July. But last month, the bureau tried to reset expectations to after July 30. The statistical agency, a bureau official explained, needed more time to run quality checks on duplicate and incomplete census responses.

Since counting ended in October, the bureau has been trying to sort through irregularities in records from college dormitories and other group living quarters, plus a higher than usual number of responses gathered without preassigned "Census ID" codes that help with matching addresses.

Delays in finishing this process, which started later than usual because of the pandemic, have resulted in a delicate situation. There's a tension between the bureau having enough time to produce accurate information and states and localities having to meet redistricting deadlines. And that could create ideal conditions for gerrymandering, says Kathay Feng, national redistricting director for Common Cause, a government watchdog group.

"There is a quiet conversation going on in legislatures right now about whether the delay actually might be a helpful game changer to allow them to pass midnight bills and do the dirty work outside of the scrutiny of the public," Feng says.

That "dirty work" could include using the time crunch as an excuse for rushing the approval of maps that benefit one political party over another or distort community representation — all while public hearings and other transparency efforts are shortchanged.

"We are heading into a redistricting cycle where it will be a bare-knuckle battle for control," Feng says. "Those who are in power are going to use every tool in the toolbox to try to eke out a win. And if that means passing gerrymandered maps in the dead of night, they're going to do it."

In a report released Thursday, Michael Li, a senior counsel at the Brennan Center for Justice at New York University School of Law, warned that redistricting after the 2020 census could be "the most challenging in recent history."

Some states, however, have been planning ahead. Last summer, the California Supreme Court granted extensions to deadlines for finalizing redistricting maps. And in November, voters in New Jersey approved a referendum to amend the state's constitution so that the drawing of new voting maps can be delayed by two years.

The bureau has also pushed back the release of new state population counts that determine each state's new share of 435 seats in the House of Representatives and the Electoral College. Those numbers are now expected sometime within the range of April 16-30.

Democratic Sen. Brian Schatz of Hawaii, along with Sens. Lisa Murkowski and Dan Sullivan, both Republicans from Alaska, announced Friday they plan to introduce a new Senate bill that formally extends the legal reporting deadlines for census results.

"The Census Bureau should take all the time it needs to report its data and make sure every person is counted as mandated by the Constitution," Schatz said in a statement. "Our bill would extend these statutory deadlines and ensure that we get a fair, accurate count."