Accessibility links
Missouri Unemployment Overpayments: State Demands People Pay Up More than 46,000 Missourians have received letters demanding repayment. The state says it paid out more than $150 million last year to people who it later determined weren't eligible for the benefits. 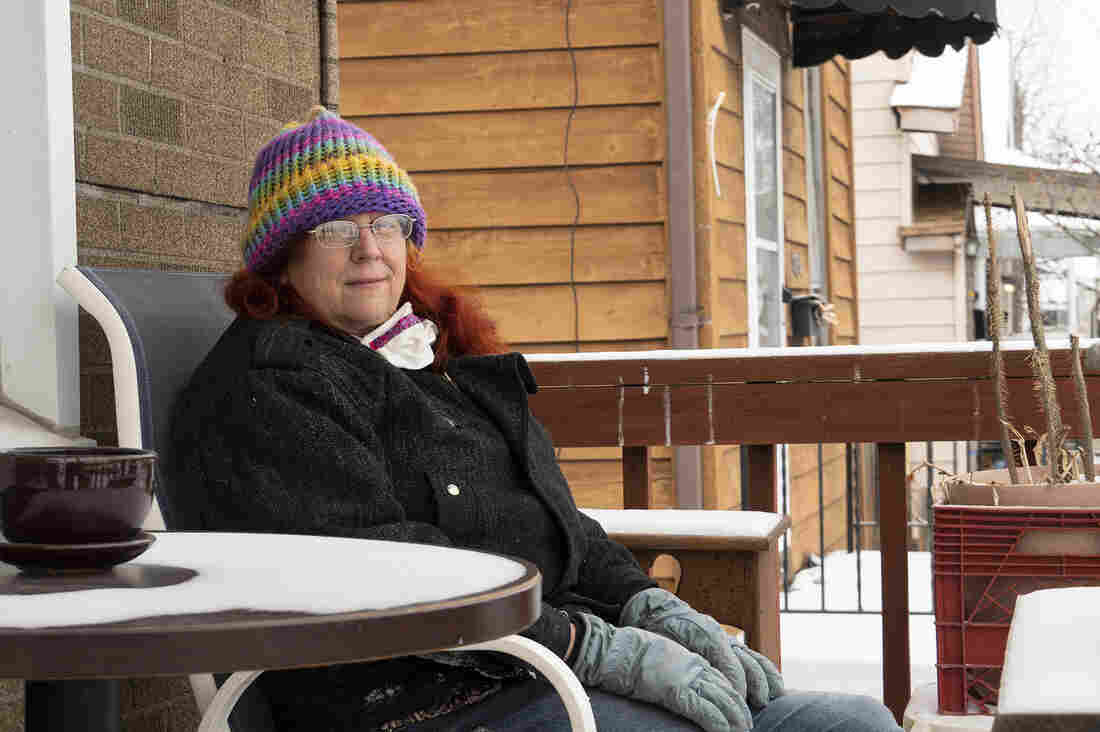 Sandra Griffin sits on her porch in St. Louis. The state of Missouri is demanding that more than 46,000 people pay back unemployment benefits they received. In December, the state told Griffin she owed nearly $8,000. Corinne Ruff for NPR hide caption 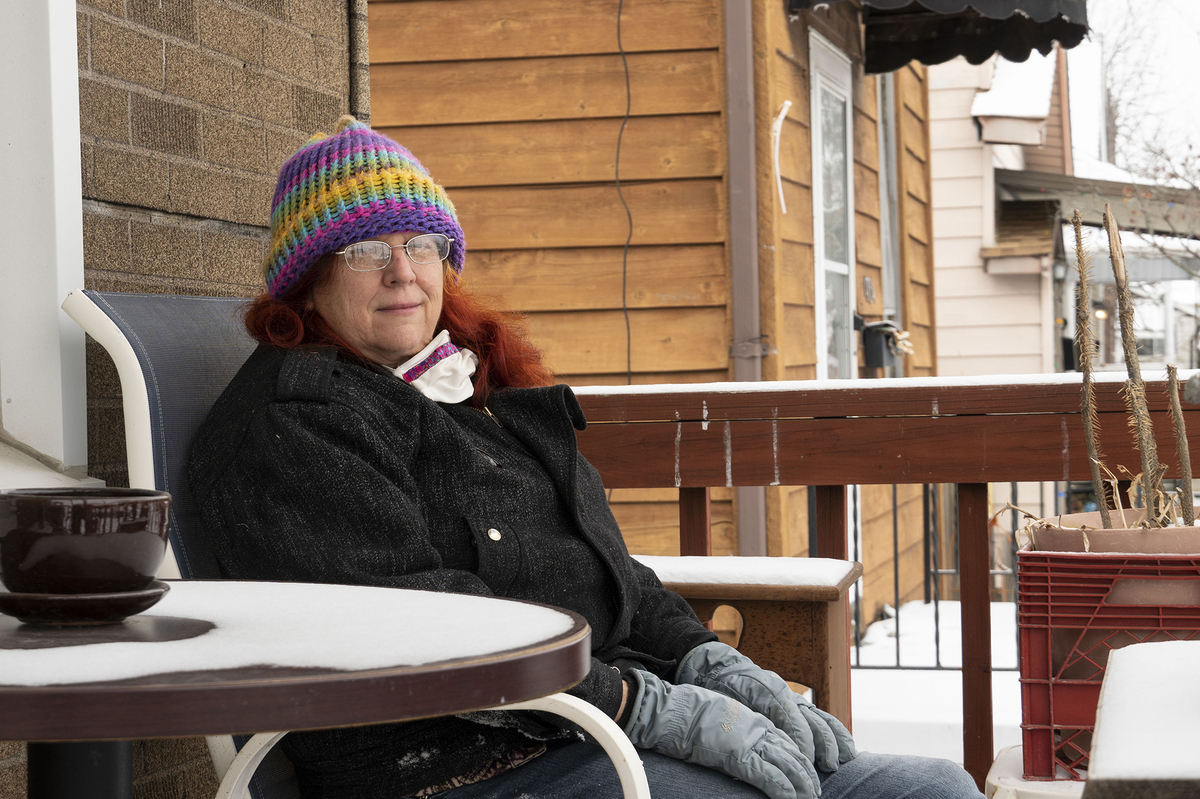 Sandra Griffin sits on her porch in St. Louis. The state of Missouri is demanding that more than 46,000 people pay back unemployment benefits they received. In December, the state told Griffin she owed nearly $8,000.

In the middle of December, Sandra Griffin saw a new message pop up in her online unemployment insurance account.

The overpayment in this case totaled nearly $8,000, money she now owes to the Missouri Department of Labor — and money that was long ago spent after she lost her job helping with art programs in St. Louis schools.

More than 46,000 Missourians have also gotten letters demanding repayment. The state says it paid out more than $150 million last year to people who it later determined weren't eligible. The federal COVID-19 relief package passed in December gave states the power to forgive overpaid federal unemployment benefits. Many states, such as Illinois and Colorado, have decided to offer waivers — but not Missouri.

The state is offering people zero-interest payment plans but does expect people to pay back the money owed. If they refuse, the director of the Missouri Department of Labor has said people could have their wages garnished.

Griffin, 63, wonders how she ended up in this position in the first place.

Normally, she counts on summer school to make most of her income. With no clear plan for schools to reopen, her employer encouraged her to file for unemployment benefits. But as the state's labor department told Griffin months later, people who work for educational institutions aren't eligible for unemployment benefits over the summer. Missouri law bars school employees from collecting benefits during summer vacation if there is a "reasonable assurance" they will be rehired in the fall. But Griffin works for an outside arts organization, not the school district.

"So they were saying that I, that all the months that I collected over the summer, I was ineligible to collect," she says. "Although they had reassured me during the summer during phone calls that everything was fine."

U.S. Adds Just 49,000 Jobs In January, 'Not Anywhere Close' To Recovering Those Lost

State lawmakers from both parties have called on Missouri Gov. Mike Parson to forgive the overpayments that don't involve fraud — about 97% of cases. But Parson told reporters this month that a state law requires collection of overpayments and that he doesn't plan to override it.

"There were mistakes made — there's no doubt about that," he said. "But at the end of the day, I think there is a responsibility as taxpayers' money. If somebody got more money than they should have got, you should ask for it back and says, 'Hey, you owe that to the taxpayer. You don't owe it to me but to the people who paid it.' "

Missouri is one of 10 states that by law does not allow for forgiveness of unemployment benefits overpayments. That list includes Kentucky, but officials there have said they intend to amend state law to grant waivers of federal benefits.

In Missouri, about 80% of the overpaid money is from federal programs. That money would be sent to the U.S. Department of the Treasury, not the state trust that pays out regular unemployment benefits.

Missouri state Rep. LaKeySha Bosley, a Democrat from St. Louis, is one of six lawmakers working to pass legislation to forgive some or all of the unemployment overpayments.

Alexa Tapia with the National Employment Law Project, a workers' rights think tank, says that most states are starting to forgive some overpayments and that there's no incentive to go after the money.

Renters Are Getting Evicted Despite CDC Order — 'I'm Scared'

Millions Are Out Of A Job. Yet Some Employers Wonder: Why Can't I Find Workers?

"It actually creates more work for the states to collect that money," she says. "And, of course, they do have that discretion to do so, but it would harm their local economies and their citizens, who they should be trying to uplift at this time."

And she says states are already overwhelmed by first-time claims and implementing new federal programs.

Tapia worries that states like Missouri will spend more energy fighting appeals than getting payments out to people who are still waiting on help.

Griffin, the St. Louis resident who lost her job helping with art programs, has filed one of those appeals. But because the system is so backed up, her hearing isn't for another six months. Until then, she doesn't have to pay back the money the state says she owes.