Accessibility links
Local Spotlight: The Power Of FOIA : 1A "[FOIAs] are vital to my work...we've written dozens of stories in the past months alone, based on emails between public officials or reports from universities," says Andrea Gallo about the hundreds of public records requests she's filed during her years as a journalist. 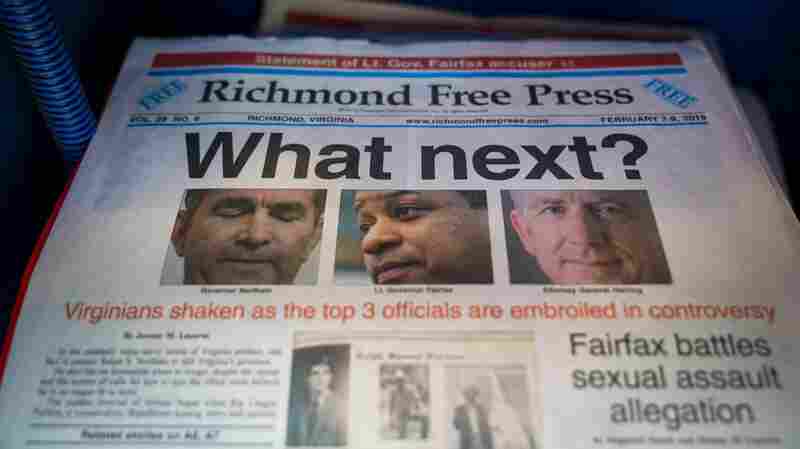 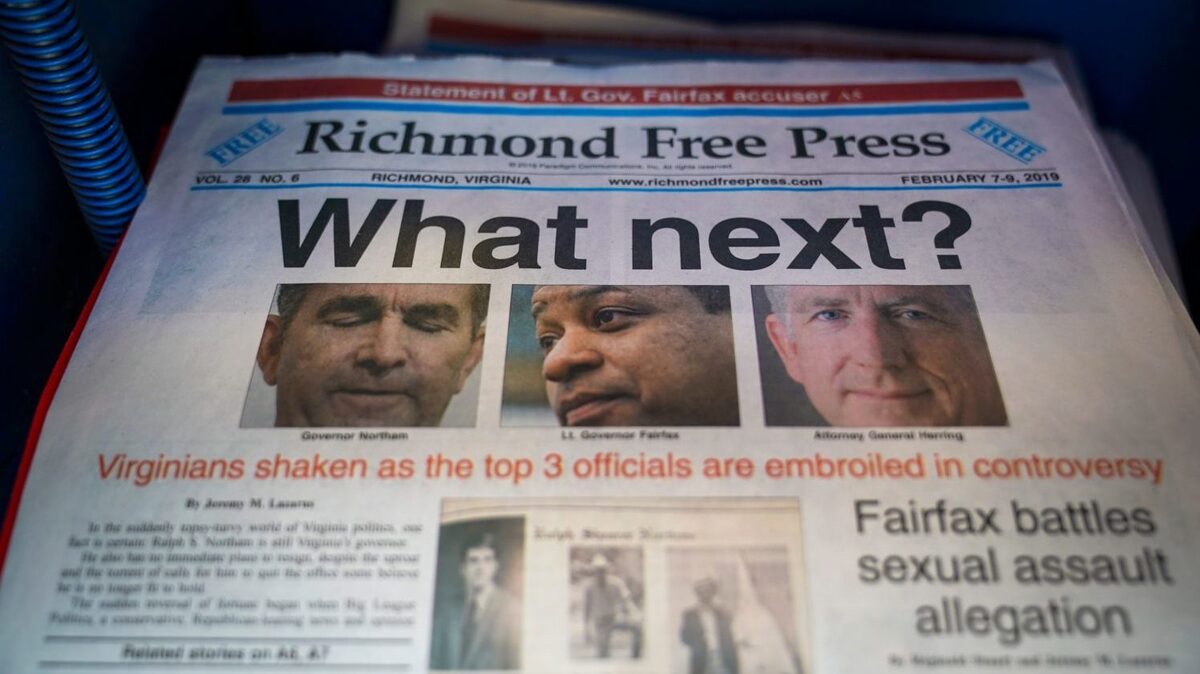 A local newspaper the Richmond Free Press, with a front page featuring top Virginia state officials embroiled in controversies, sits for sale in a newsstand near the Virginia State Capitol in Richmond, Virginia.

Journalism is an information business. And while some key pieces of a story may be kept in government databases or storerooms, they don't always stay secret, in part because of the Freedom of Information Act (FOIA).

Passed in the late 1960s, the Freedom of Information Act requires that state and federal government agencies release unclassified, unreleased information upon request by either an organization or a private citizen.

It's a powerful tool that local and national reporters rely on to tell important stories (like these ones, compiled by ProPublica Illinois).

But once it gets filed, the world of the FOIA request can get murky. Requests sometimes linger in government inboxes, going unfulfilled for months or years at a time. On occasion, a request can be fulfilled but the majority of the information held within might be blacked out. That can be an issue for those trying to make information about their communities acceptable.

That's the kind of local reporting we'll cover in our new series: Local Spotlight, which will highlight the investigative journalism making an impact where you live.

What strategies are local reporters employing to inform their communities? And what are their experiences with FOIA like?

Andrea Gallo, Charles Orenstein and Cory Dennis join us for the conversation.