Accessibility links
Burlington Stores: No Website, No Problem Despite The Pandemic Burlington shut down online sales in March right before coronavirus lockdowns. But it's among the discount retailers that have endured the pandemic surprisingly well, even opening new stores. 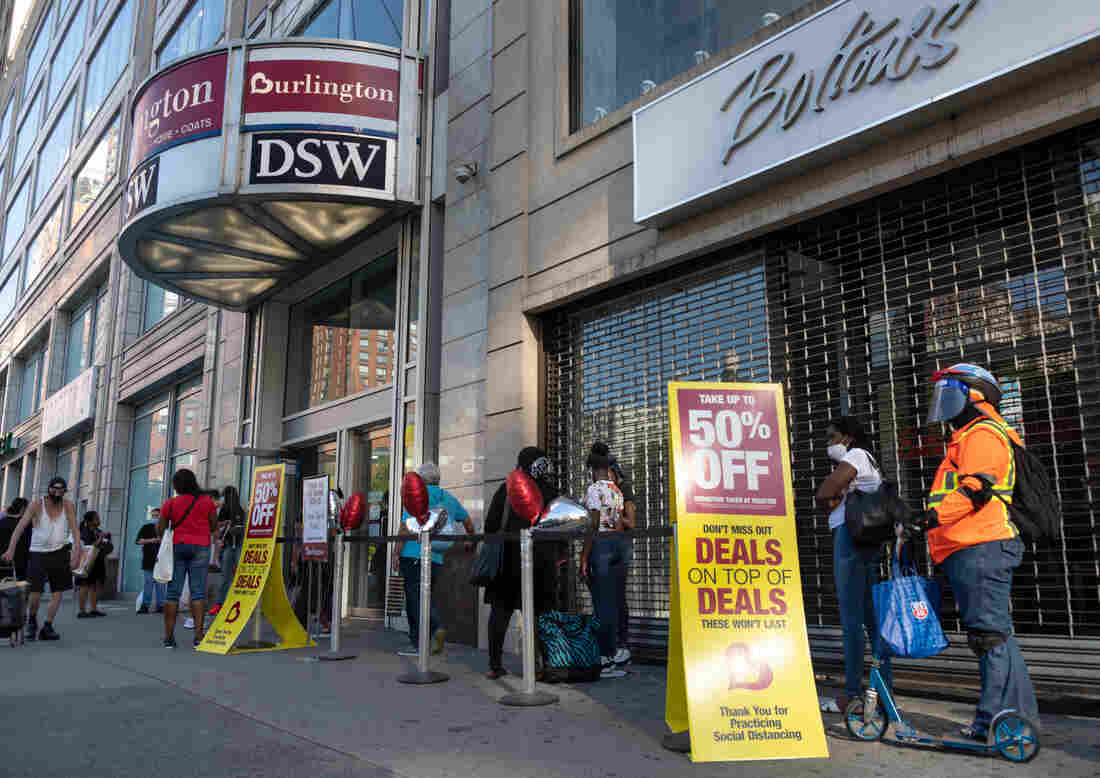 Shoppers line up near sale signs at a Burlington store in New York in June. Alexi Rosenfeld/Getty Images hide caption 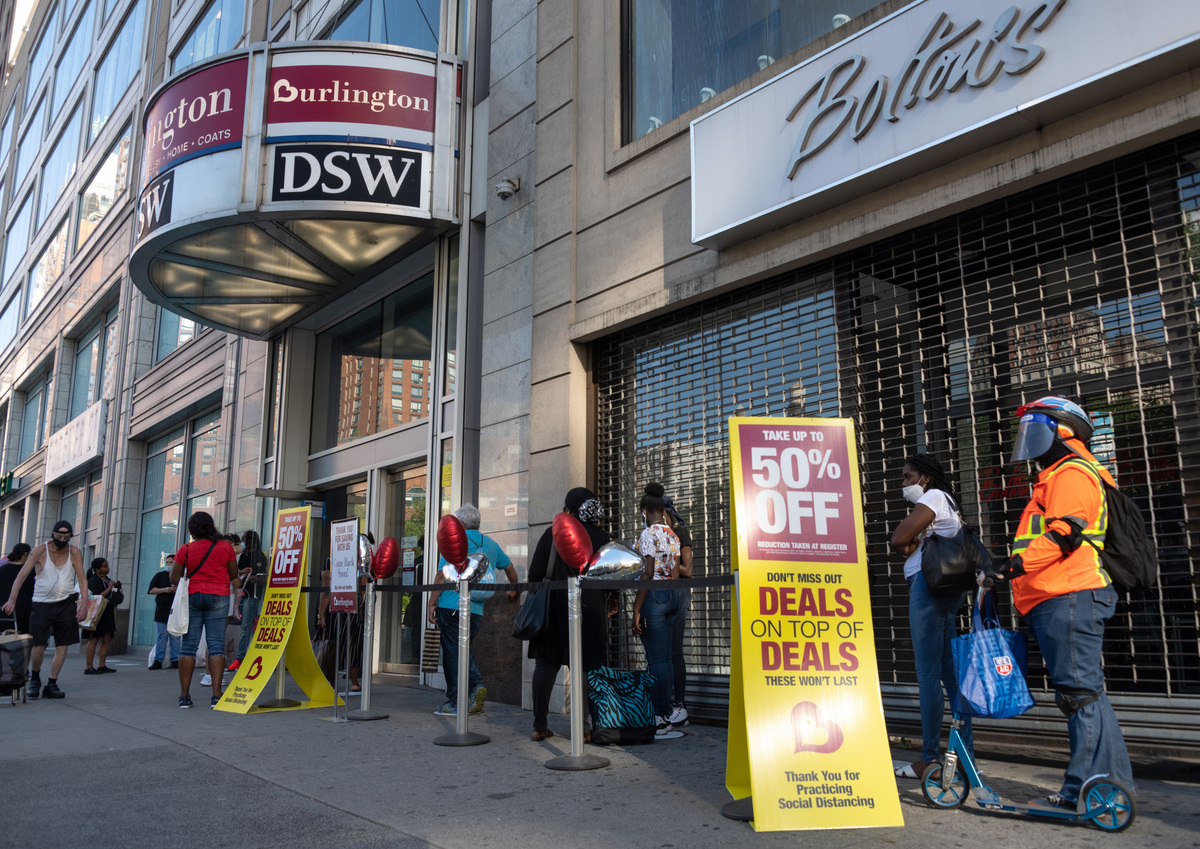 Shoppers line up near sale signs at a Burlington store in New York in June.

No more sales online. Burlington Stores made the announcement on March 5, just days before coronavirus lockdowns shuttered its doors.

For many retailers, not having a website in the coronavirus pandemic would have spelled doom. Burlington did permanently shutter 28 stores. But then, the discount retailer opened 62 more. And last month, its shares hit an all-time high.

For Autumn Nevens, it was a coat that prompted a December visit to Burlington — a fitting need for a place formerly known as the Burlington Coat Factory. She left with a Michael Kors jacket, about $20 off its regular price, but also inevitably some extras: a few socks and some artwork for her room.

"You never know what you're going to find there," says Nevens, a student at the University of Washington. "It's like a treasure hunt because, you know, you're getting a deal regardless."

Early in the pandemic, a business counting on people bargain-hunting indoors seemed doomed. Last spring, sales at clothing stores collapsed almost entirely as shoppers virtually abandoned them during the lockdowns.

But off-price retailers — Burlington, T.J.Maxx, Ross — got better far faster than others. Last month, shoppers' visits to these stores were within 10% of January 2020's numbers, according to foot-traffic analytics firm Placer.ai. Their sales are still below pre-pandemic levels, but they're almost there.

One key reason is what the retailer sells.

Champine calls Burlington "the retail island of misfit toys." This is where designer items often end up instead of a full-price department store because something went wrong: perhaps a weird color, an overstocked size, a not-so-popular design.

That means when department stores struggle and scale back like they have done during the pandemic, better stuff — more stuff — ends up at stores like Burlington.

Off-price retailers are also used to switching up their selections in a matter of weeks rather than months or seasons, Champine says. This means they were well equipped to make a fast pandemic pivot: fewer office and party clothes, for example, but more athleisure and home goods.

In fact, this kind of constant pivoting, with selection varying from store to store, was why Burlington shut down its website in March.

"It's a nightmare to try to run an e-commerce site with that kind of a setup," Champine says. "They might have one pink dress and nothing else from that designer. Or they might have size small and no large. ... If they have trouble finding black belts, then they just won't have any."

Besides, brands are happy that only people willing to bargain-hunt in person might see their extremely discounted items: They don't want massive markdowns to pop up on Google.

Burlington's biggest rival, Ross, doesn't sell online. T.J.Maxx and its sibling Marshalls run a website, though Champine says it's small and unprofitable. Burlington's representative did not respond to NPR's inquiry, but last year, the company said online shopping had previously accounted for less than 0.5% of sales.

Days Of COVID And Roses

"In the categories where we compete and at the low price points that we offer, e-commerce is much less effective or competitive in meeting the needs of value-oriented shoppers," Burlington CEO Michael O'Sullivan said on a November earnings call.

Value-oriented shoppers — meaning people drawn to low prices — could describe millions in this pandemic economy. Analysts expect more U.S. shoppers to turn to off-price retailers during this time of uncertainty — like they did during the Great Recession. Afterward, many remained loyal shoppers even after the economy recovered.

"For me, it really just boils down to the prices," says JaMeeka Holloway, a theater director and producer in North Carolina. "And also ... it's not incredibly hectic or crowded, so it's easy to social distance."

Her local Burlington is where she has gone for cookware and spices, nice pens to mark up her scripts, and Disney toys and art supplies for her 7-year-old. A few weeks back, Holloway picked up a mini-teapot. She'd gone in for something else, but the teapot was $6.99 instead of the regular price of $24. A great deal, she says, then laughs: "Also it's just super-cute."