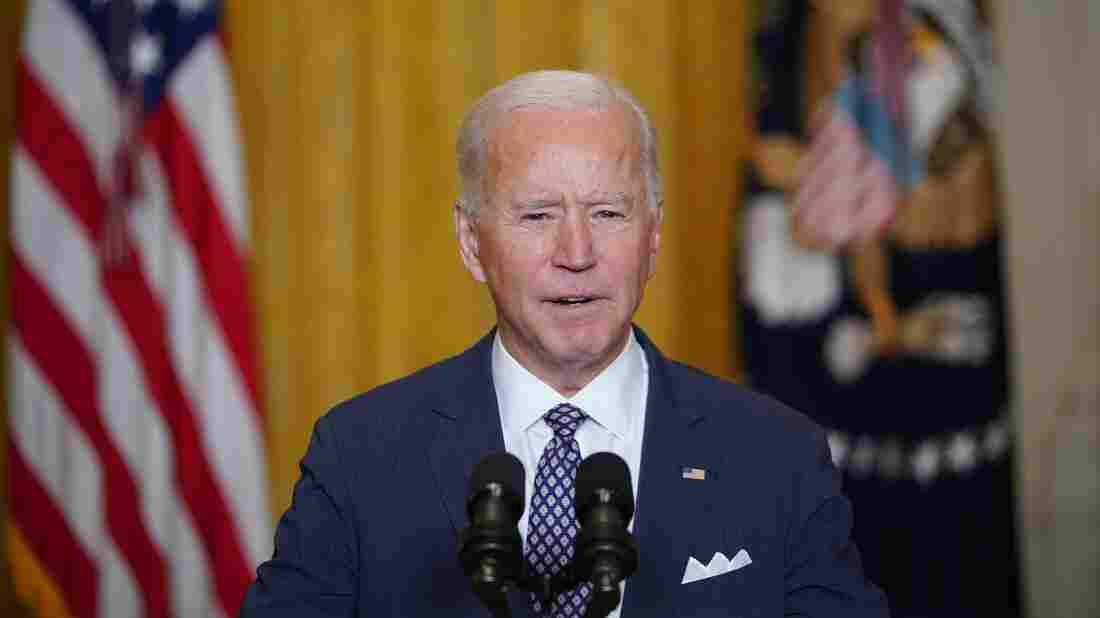 President Biden speaks from the East Room of the White House to virtually address the Munich Security Conference in Germany on Friday. Mandel Ngan/AFP via Getty Images hide caption 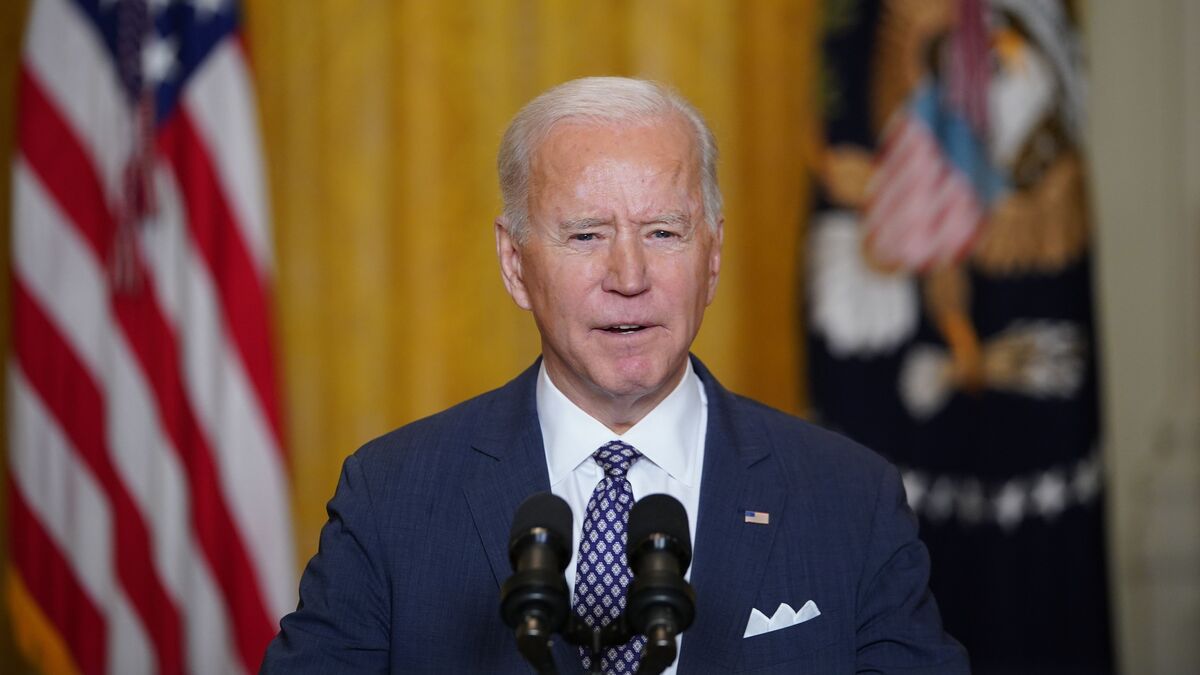 President Biden speaks from the East Room of the White House to virtually address the Munich Security Conference in Germany on Friday.

President Biden on Friday sought to turn the page on former President Donald Trump's "America First" ethos, declaring "America is back" and vowing to rebuild trust with European allies by working on challenges like arms control, COVID-19 and climate change.

It was Biden's first speech since taking office aimed at an international audience. He spoke from the White House to a virtual crowd at the Munich Security Conference — a who's who of global national security officials — who he has met with many times in person over his decades in public life.

"America is back, the transatlantic alliance is back, and we are not looking backward. We are looking forward together," Biden said. He called the partnership between Europe and the United States "the cornerstone of all we hope to accomplish in the 21st century."

Biden didn't mention Trump by name, but alluded to his fights with NATO allies, and pledged his support to that alliance. "I know the past few years have strained and tested our transatlantic relationship, but the United States is determined — determined — to re-engage with Europe, to consult with you, to earn back our position of trust and leadership," he said.

Earlier, Biden met virtually with G-7 leaders about COVID-19. He said the United States would chip in $4 billion to COVAX, a fund run by Gavi, the global vaccine alliance, and the World Health Organization, which aims to distribute COVID-19 vaccines to 92 low- and middle-income countries.

The Munich address comes a day after his State Department said the United States would be willing to attend a meeting with European partners and Iran to "discuss a diplomatic way forward on Iran's nuclear program" — the first signs of movement toward talks about rejoining the Iran nuclear deal, which Trump had quit. It was not immediately clear whether Iran would agree to meet.

"We're prepared to reengage in negotiations with the P5+1 on Iran's nuclear program," said Biden, referring to the five members of the UN Security Council and Germany, which have negotiated with Iran in the past.

"We must also address Iran's destabilizing activities across the Middle East, and we're going to work in close cooperation with our European and other partners as we proceed," he said, though he did not lay out a specific timetable for Iran talks. 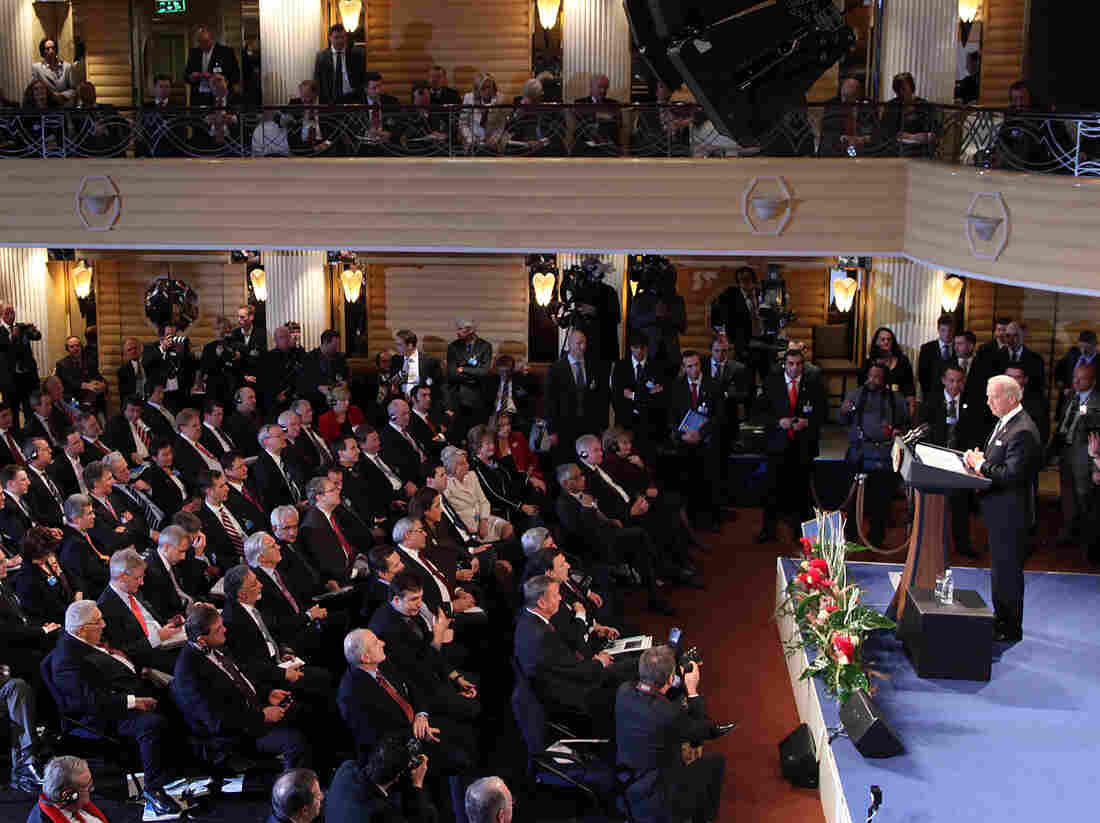 In his 2009 address to the Munich conference, when he was vice president, Biden said he wanted to "set a new tone" for America's relations with the world. Johannes Simon/Getty Images hide caption 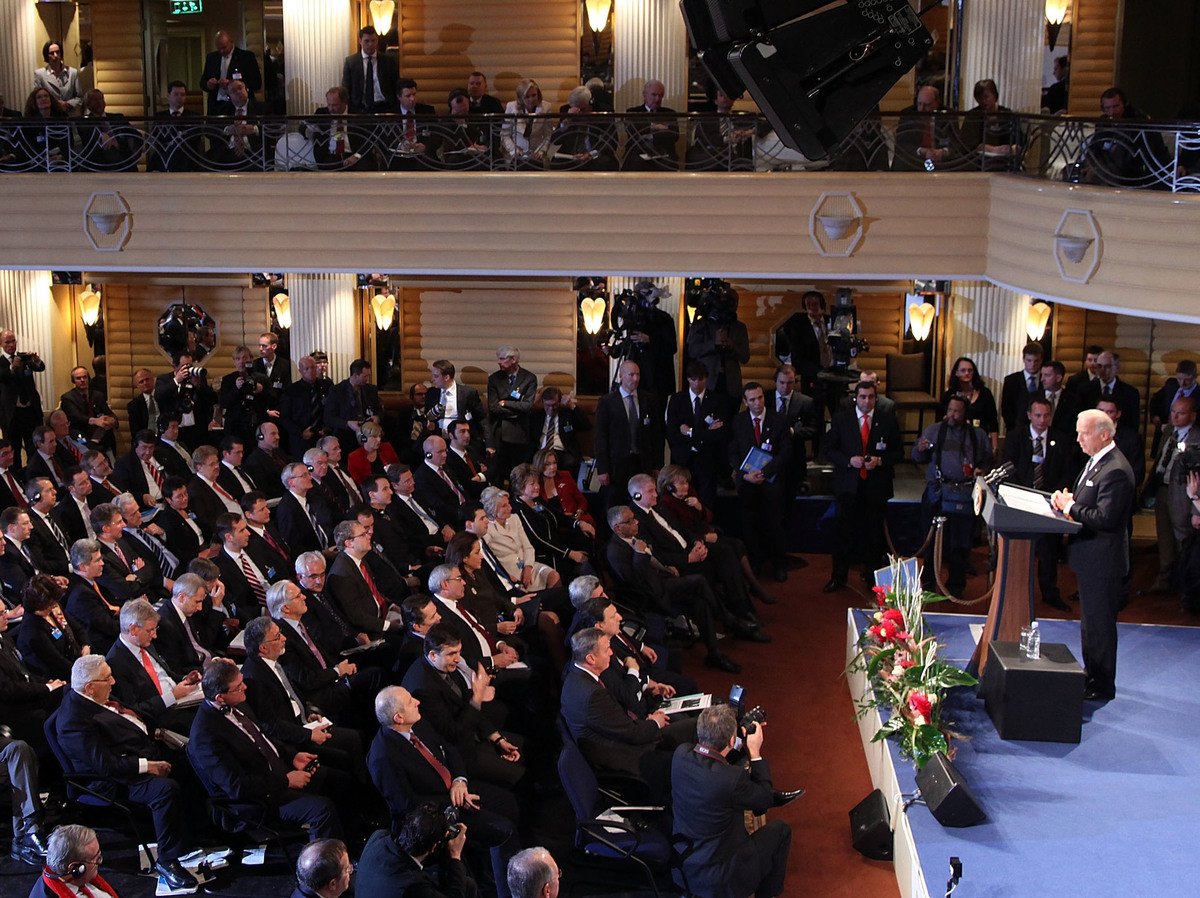 In his 2009 address to the Munich conference, when he was vice president, Biden said he wanted to "set a new tone" for America's relations with the world.

Biden has made many trips to the Munich Security Conference over the decades as chairman of the Senate Foreign Relations Committee. As vice president, he led three U.S. delegations to the conference, making a pilgrimage there for the Obama administration's first foreign trip in 2009.

That year, he sought to soothe relations strained by the wars in Iraq and Afghanistan. "I come to Europe on behalf of a new administration, and an administration that's determined to set a new tone not only in Washington, but in America's relations around the world," Biden said.

But the difference this time is how shaken allies have been by Russian interference and a move toward nationalism, said Charles Kupchan, author of Isolationism: A History of America's Efforts to Shield Itself from the World.

"What is new here is that Americans and Europeans are still in shock about the illiberalism and the populism and the nativism that have infected political life on both sides of the Atlantic," said Kupchan, a former Obama official who is now at the Council on Foreign Relations.

'They're Going To Eat Our Lunch,' Biden Warns After Call With China's Xi

Biden told allies they needed to do more to compete with China by investing and working together on innovation, intellectual property, trade rules, and technology policy

"U.S. and European companies are required to publicly disclose corporate governance structures and abide by rules to deter corruption in monopolistic practices. Chinese companies should be held to the same standard," Biden said.

Biden also called out Russia as a "bully" and said allies needed to work together to counter Moscow's efforts to destabilize democracies.

"We are in the midst of a fundamental debate about the future direction of our world. Between those who argue that — given all of the challenges we face, from the fourth industrial revolution to a global pandemic — autocracy is the best way forward and those who understand that democracy is essential to meeting those challenges," Biden said.

"Historians will examine and write about this moment. It's an inflection point. And I believe with every ounce of my being that democracy must prevail."