Accessibility links
After A Successful Landing On Mars, NASA Rover Undergoes A Systems Checkout Following a 300 million-mile voyage through space and a dangerous drop to the surface, Perseverance will be put through its paces before getting to a search for ancient Martian life.

After A Successful Landing On Mars, NASA Rover Undergoes A Systems Checkout

After A Successful Landing On Mars, NASA Rover Undergoes A Systems Checkout 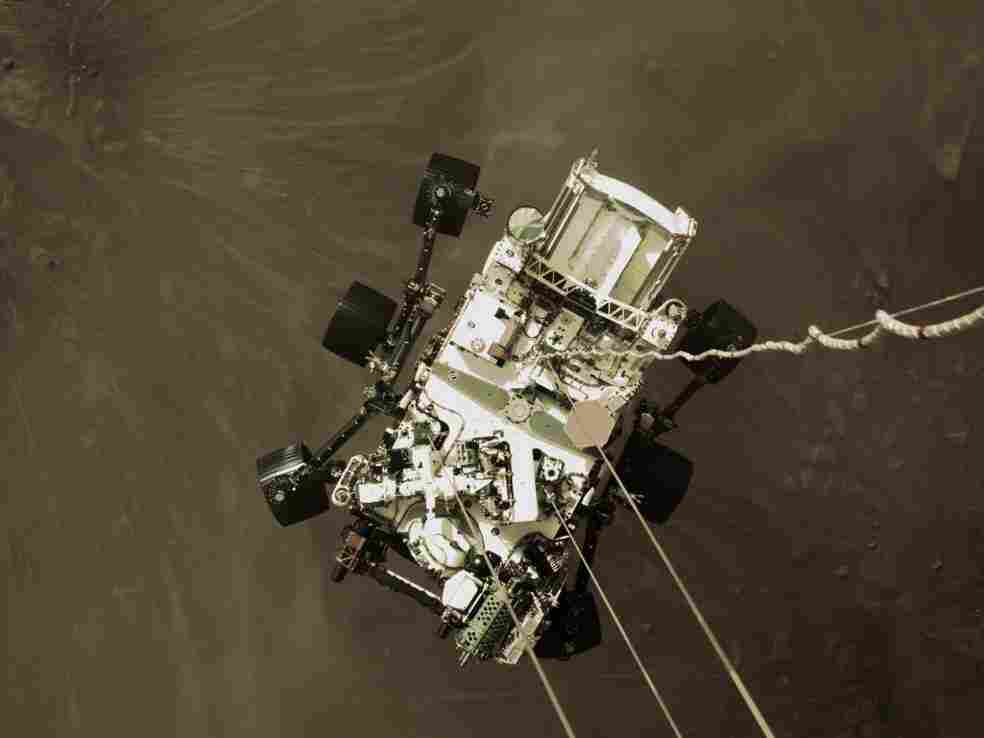 A camera on the descent stage of the Mars Perseverance spacecraft shows the rover being lowered to the planet's surface on Thursday. NASA hide caption 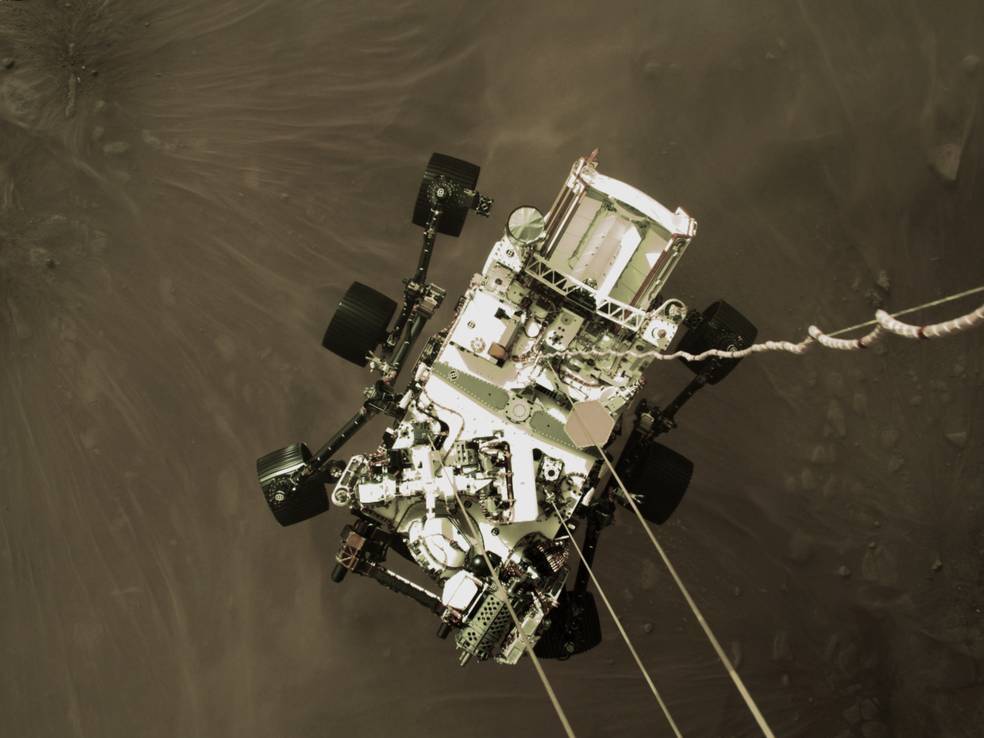 A camera on the descent stage of the Mars Perseverance spacecraft shows the rover being lowered to the planet's surface on Thursday.

After traveling nearly 300 million miles and surviving a heart-stopping 7-minute descent to the surface of Mars, NASA's Perseverance rover is preparing to get down to the real science – looking for signs of ancient life on the red planet.

On Thursday, Perseverance shed its "cruise stage" and began a blistering 12,000 mph drop to the Martian surface.

To cheers of joy at NASA's Jet Propulsion Laboratory in California, where the mission is being managed, "Percy" landed in Jezero Crater, a feature on the Martian surface that bears unmistakable signs of having been filled with liquid water in the planet's distant past. Scientists hope Perseverance will collect evidence that microscopic organisms once lived there. 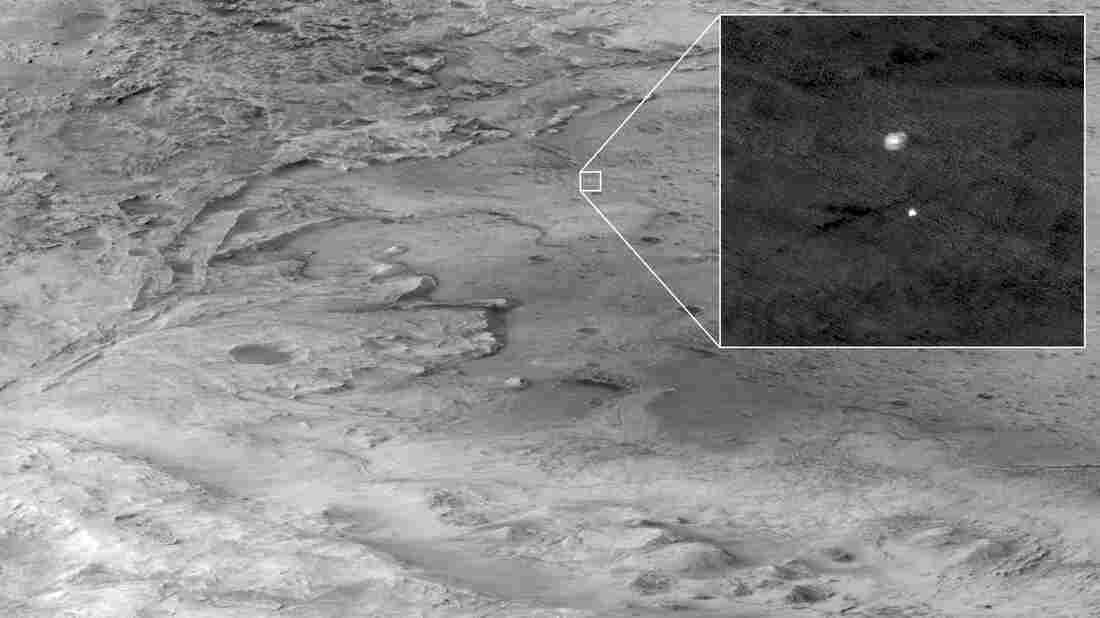 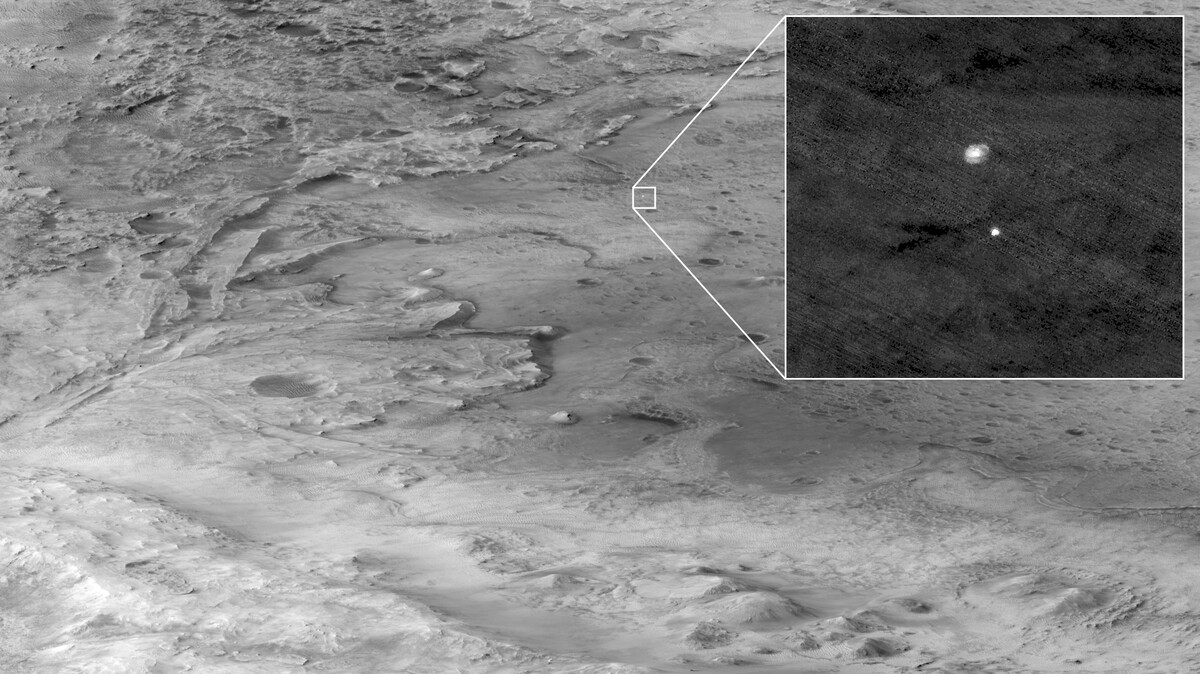 NASA has described the mission as its most ambitious to date to the fourth planet in the solar system, beginning with a flyby by the Mariner spacecraft in 1965 and including two Viking landers in 1976.

Moments after landing on Thursday, Perseverance sent Earth its first black-and-white snapshots — one that captured its own shadow cast on the Martian surface.

Today NASA released the first full-color images from Perseverance, including a spectacular view from the spacecraft's descent stage as it lowered the rover to the Martian surface while hovering above.

Before the rover can get started with its scientific field work, it must first go through an extensive checklist. It's a process that will last several sols — or Martian days — which are about 40 minutes longer than days on Earth. The checkout has to happen before Perseverance can even take its first tentative spin on the surface.

Initially, NASA engineers will check that power system, thermal regulators and communications equipment are all working.

The rover's primary power supply comes from a Radioisotope Thermoelectric Generator, or RTG, which converts the heat generated by the decay of plutonium-238 into electricity. The rover's temperature controls make sure that its "vital organs," such as its batteries, electronics and computer, don't fall outside a range of -40 F to +104 F.

"Over the course of the three sols or four sols of these early activities, we'll get all the instrument health checks done; we'll charge the rover battery," Jennifer Trosper, the Mars 2020 deputy project manager, said at a Thursday news briefing that followed the successful landing. 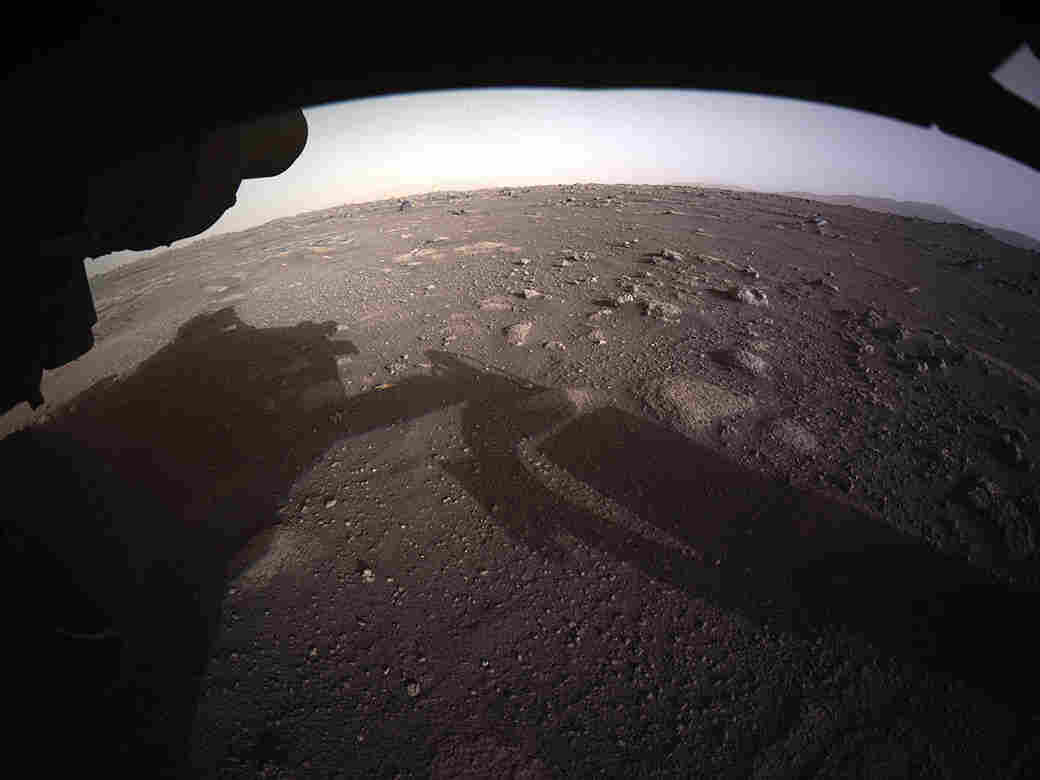 The first high-resolution full-color image of the Martian surface by Perseverance, taken by the Hazard Cameras on the underside of the rover. NASA hide caption 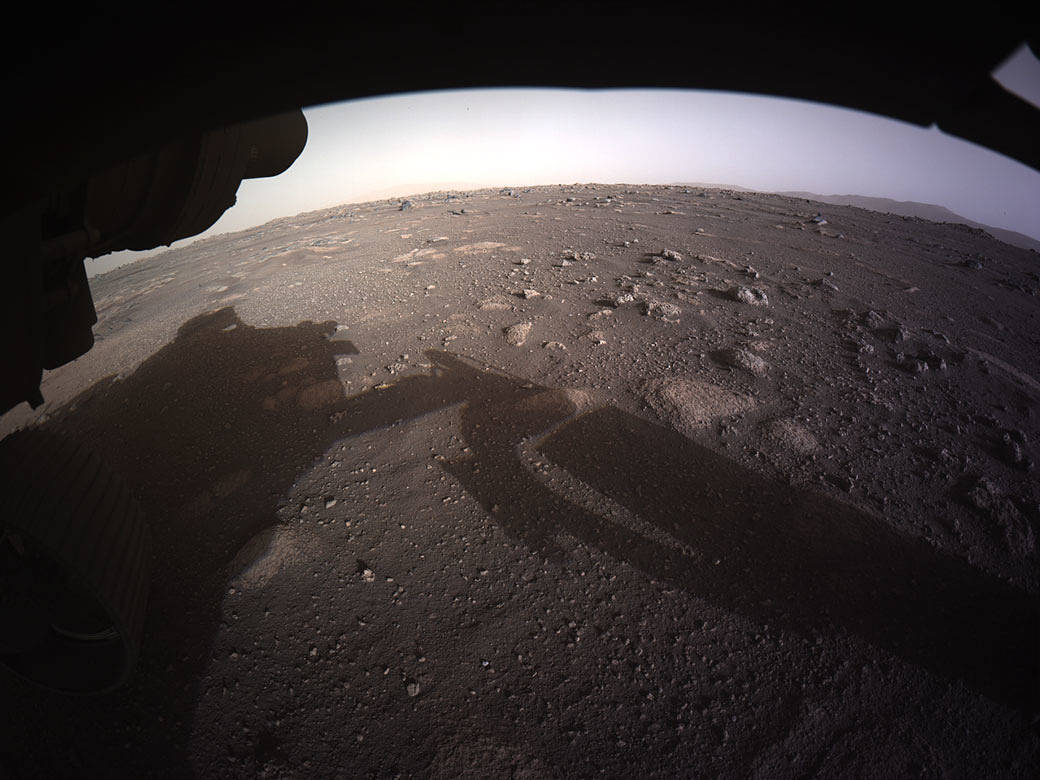 The first high-resolution full-color image of the Martian surface by Perseverance, taken by the Hazard Cameras on the underside of the rover.

Beginning on sol 4, engineers plan a careful and complex upload from Earth to update the rover's software, from files directing its journey to Mars to software for its research and travels on the surface.

"Once we start to do that, we do about four days of transitioning to the new software," Trosper said. "We do it very carefully. We toe-dip. We make sure that nothing goes wrong, and at the end of that is when we start the next set of checkouts where we'll deploy the arm. We'll do our first drive — about five meters forward and back."

The mast on Perseverance will also be deployed and put through its paces. It's packed with instruments, including the Mastcam-Z, a color camera with a resolution of less than a millimeter for close ups or about an inch-and-a-half from a (Martian) football field away.

Among other things, the camera will be used to help identify samples for the rover to collect for future return missions. At a series of makeshift depots along Perseverance's trek, the rover will deposit the samples. Two Mars missions — collaborations between NASA and the European Space Agency — are being planned over the next decade to retrieve them and fly them back to Earth.

Once Perseverance completes its initial test drive, it will be ready to try flying its own drone. The Mars Helicopter, known as Ingenuity, will be dropped from the rover's undercarriage, Perseverance will move ahead, and if all goes well Ingenuity will take to the Martian sky.

Despite the super-thin atmosphere on Mars, engineers hope the planet's low gravity, coupled with Ingenuity's rapidly spinning 4-foot rotors, will help get it off the ground. If successful, Ingenuity's will be the first-ever powered flight on another world, planned for some time in April.