Accessibility links
OPINION: When Baseball Cards Sell For Millions, They Lose Their Real Value NPR's Scott Simon offers his thoughts on why the value of baseball cards shouldn't be measured in dollars. 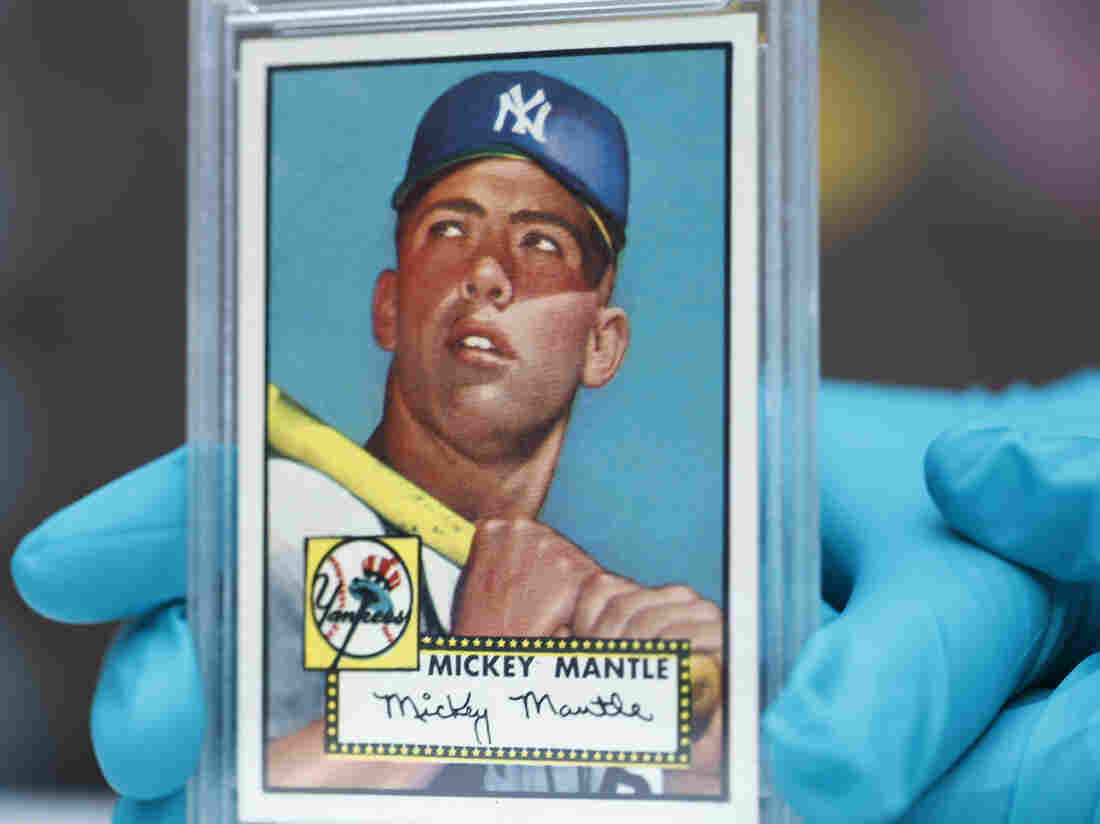 The "Holy Grail" of baseball cards, a 1952 Topps Mickey Mantle, is put on display as part of a baseball memorabilia exhibit at the History Colorado Center on July 16, 2018, in Denver. David Zalubowski/AP hide caption 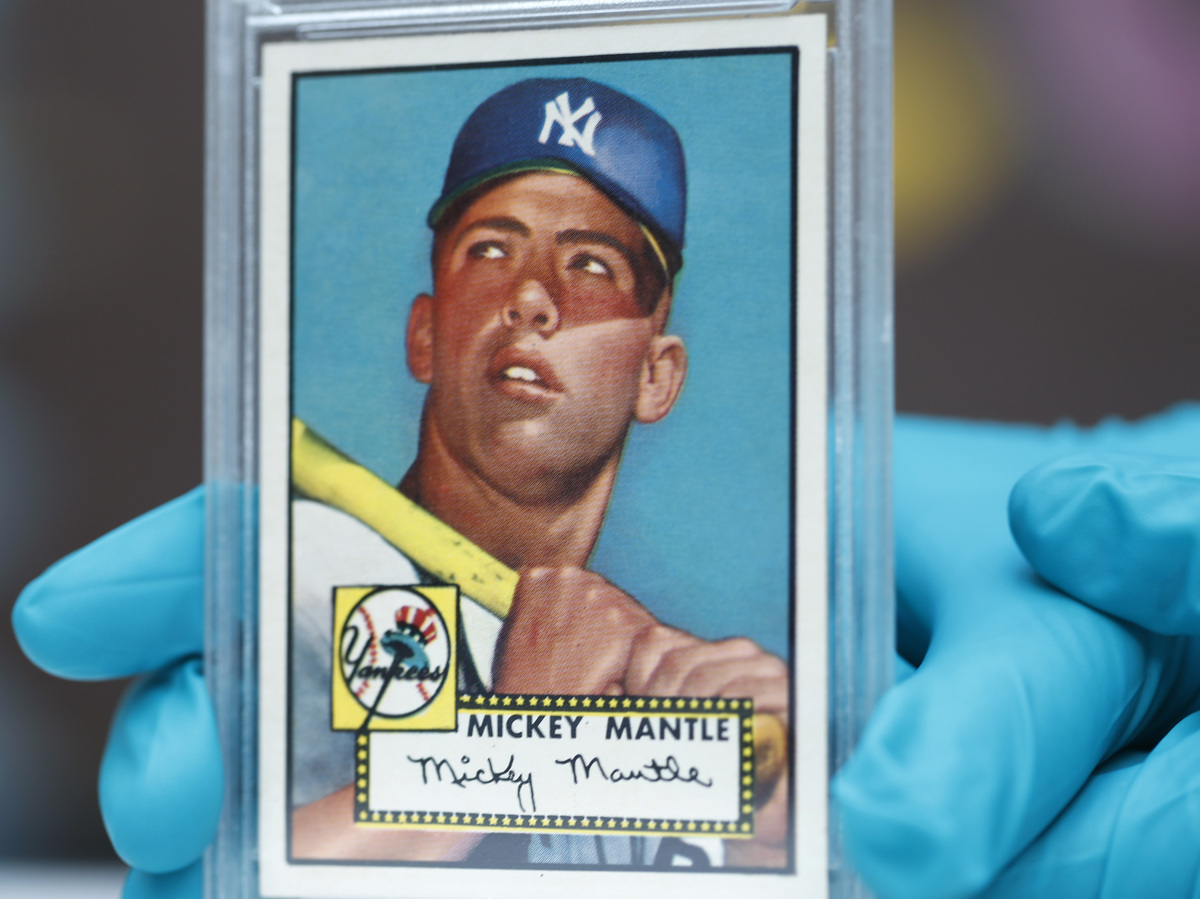 The "Holy Grail" of baseball cards, a 1952 Topps Mickey Mantle, is put on display as part of a baseball memorabilia exhibit at the History Colorado Center on July 16, 2018, in Denver.

In the midst of all the losses of this pandemic, prices for collectible baseball cards seem to be ... outta here.

Speculators have scooped up the rookie card of Spencer Torkelson a 21-year-old Arizona State infielder recently drafted by the Detroit Tigers. He may be an All-Star one day — or maybe he won't be able to hit a big-league curve. But Spencer Torkelson's rookie card is worth thousands right now, before he's swung at a single major league pitch.

Collectors are buying out the Topps 2021 Series 1 baseball card hobby boxes at $149. Those who trade in baseball cards typically don't even open the packs to see what players are in them. They keep the cards sealed and stored, like vintage wines, for future sale; which puts them almost out of reach for children, who used to be the market for baseball cards.

What makes a baseball card worth thousands, sometimes millions, of dollars?

A baseball card is a mass-produced memento, not an original work of art. Mickey Mantle is not a Monet, although, to be fair, who knows what a guy with great brushstrokes like Monet could have done with a bat in his hands? John List, the University of Chicago economist, told us, "The sports card market is doing well because it's part nostalgic, part art and part investment potential. That combination is what's magical. ... Add to that the fact that everyone has been cooped up at home and longing for the good old days and you make a very special market moment."

I am a sports fan, and certainly had baseball cards as a kid. Friends and even strangers send me an occasional card even now, as a gift, which I treasure. But I think the true charm of baseball cards is when they are cheap. Children should be able to trade them, flip them, put them in a pants pocket or under their pillows without worrying they're crushing some future financial windfall.

What do million-dollar trading cards say about what we value?

We have learned through this pandemic that some of the most truly valuable players among us are those who treat the sick, harvest and deliver food, transport workers, put out fires, keep communities safe, give vaccinations, teach children, and, this weekend, work to turn on heat and lights in the midst of a blizzard. I'd like to see prices paid to those kinds of all-stars go up, too.