Accessibility links
Debris Falls From The Sky Near Denver After Flight Suffers Engine Failure A Hawaii-bound United Airlines flight was forced to make an emergency landing at Denver's airport after experiencing an engine failure shortly after takeoff. There are no reports of injuries. 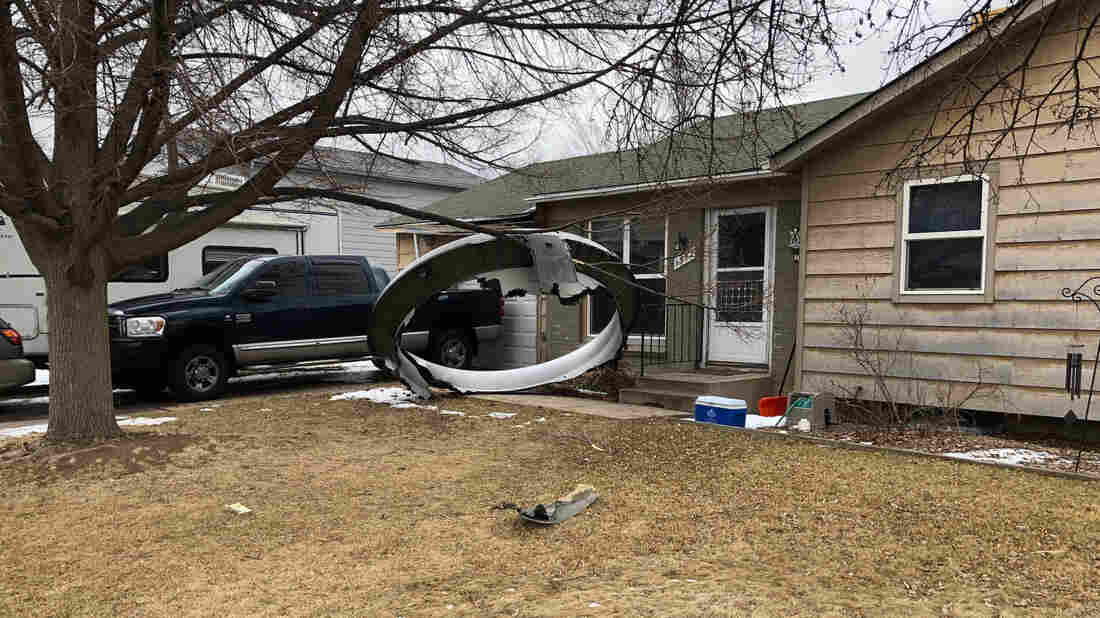 Debris is scattered in the front yard of a house in Broomfield, Colo., on Saturday. A commercial airliner dropped debris in Colorado neighborhoods during an emergency landing. Broomfield Police Department via AP hide caption 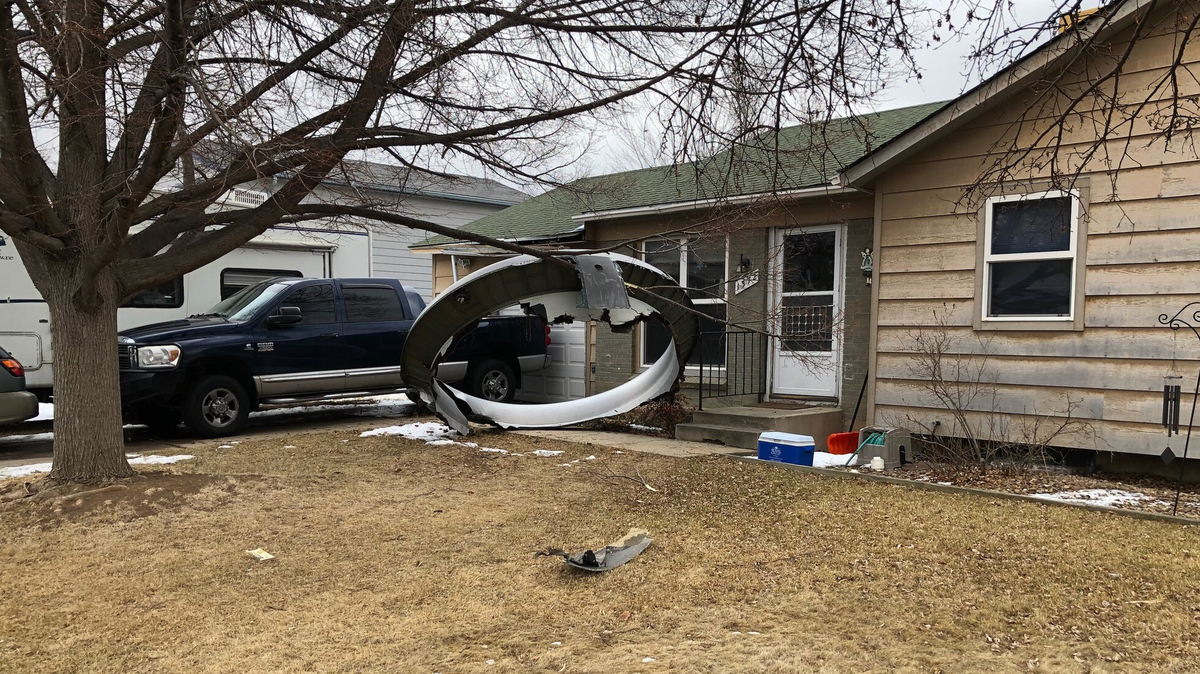 Debris is scattered in the front yard of a house in Broomfield, Colo., on Saturday. A commercial airliner dropped debris in Colorado neighborhoods during an emergency landing.

A United Airlines flight bound for Honolulu, Hawaii was forced to make an emergency landing at Denver International Airport on Saturday afternoon after experiencing an engine failure shortly after takeoff.

No injuries have been reported.

"United flight 328 experienced an engine failure and safely returned to Denver," United Airlines spokesperson David Gonzalez said Saturday evening. "We are in contact with the FAA, NTSB and local law enforcement. The NTSB is investigating and has directed that any persons with debris from this event contact their local law enforcement agency. All passengers and crew have deplaned and been transported back to the terminal in DEN. We are now working to get our customers on a new flight to Honolulu in the next few hours."

The engine failure was on the right engine of the twin-engine Boeing 777 aircraft. The plane landed safely at the Denver airport at 1:29 p.m. MT, according to website FlightAware.

There were 231 passengers and 10 crew members on board.

The Broomfield Police Department posted images of what appears to be part of an airplane engine cover crashing into the front yard of a home.

Another photo of debris from a home off Elmwood in @broomfield. pic.twitter.com/VXEHEMpeDD

Other images show debris scattered across a soccer field in Broomfield, which is located north of Denver.

The Federal Aviation Administration and the National Transportation Safety Board have launched an investigation into the incident, according to an FAA statement.

A video said to be recorded by a passenger inside the crippled aircraft appears to show the mangled right engine of Flight 328.

Earlier in the day, another United Airlines flight was forced to make an emergency landing in New Orleans due to a mechanical problem.