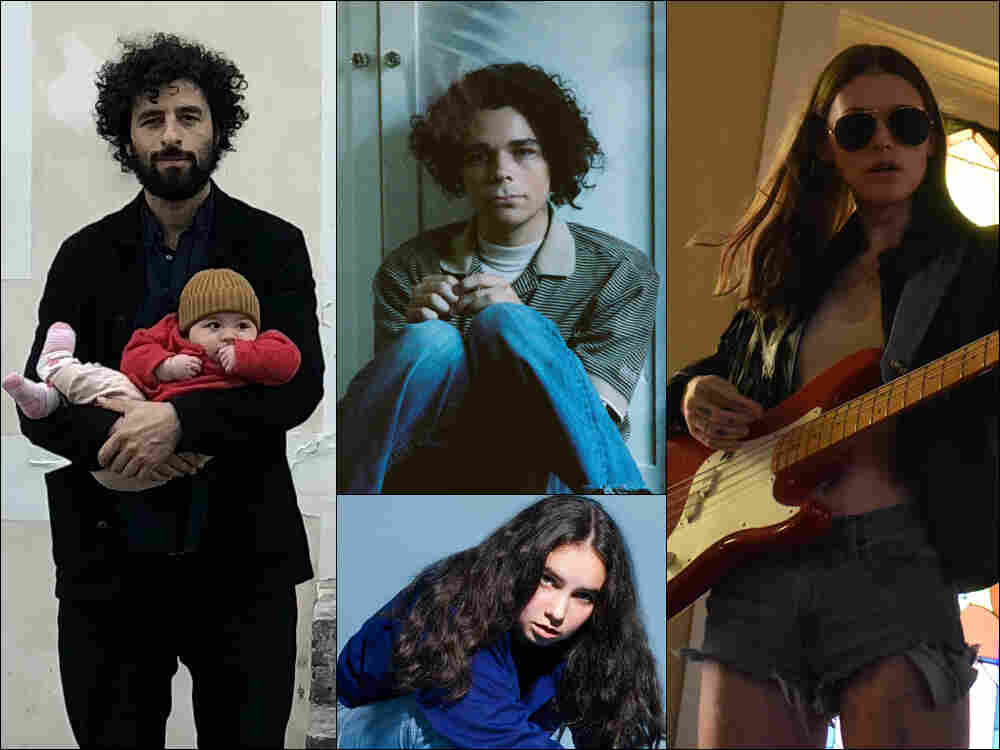 On this week's All Songs Considered, we have a brilliant collaboration between Bonnie "Prince" Billy, Matt Sweeney and the blistering guitar of the Tuareg musician Mdou Moctar. We've also got the first new song in five years from José González — and for the first time, this Swedish-Argentinian musician sings in Spanish.

Then there's a bit of a guessing game for all of you as I play the music of Charlie Hickey. Charlie met his musical idol when he was 13-years-old and now she (the answer to our guessing game) is singing back-up on his song, "Ten Feet Tall."

NPR Music's Marissa Lorusso has a few surprises for us, including a stream-of-consciousness, searing guitar tune from Francis of Delirium, along with my favorite song title of the month from Floatie called, "Catch a Good Worm."

I close out the show with two tunes of tonal calm, at least on the surface. Ethel Cain tosses off her southern swamp for the contemplative "Sunday Morning;" and the wife-and-husband duo known as Mint Julep perform "Pulse," from their appropriately titled album, In a Deep & Dreamless Sleep.

2. Francis of Delirium: "Let It All Go," from Wading

3. Floatie: "Catch a Good Worm," from Voyage Out

7. Mint Julep: "Pulse," from In A Deep And Dreamless Sleep