Accessibility links
Review: 'Superman & Lois,' On The CW A new TV series brings Superman (and Lois) back to the small screen — with a twist. This time, they're small-town parents trying to raise teenagers and deal with ordinary (and not-so-ordinary) life. 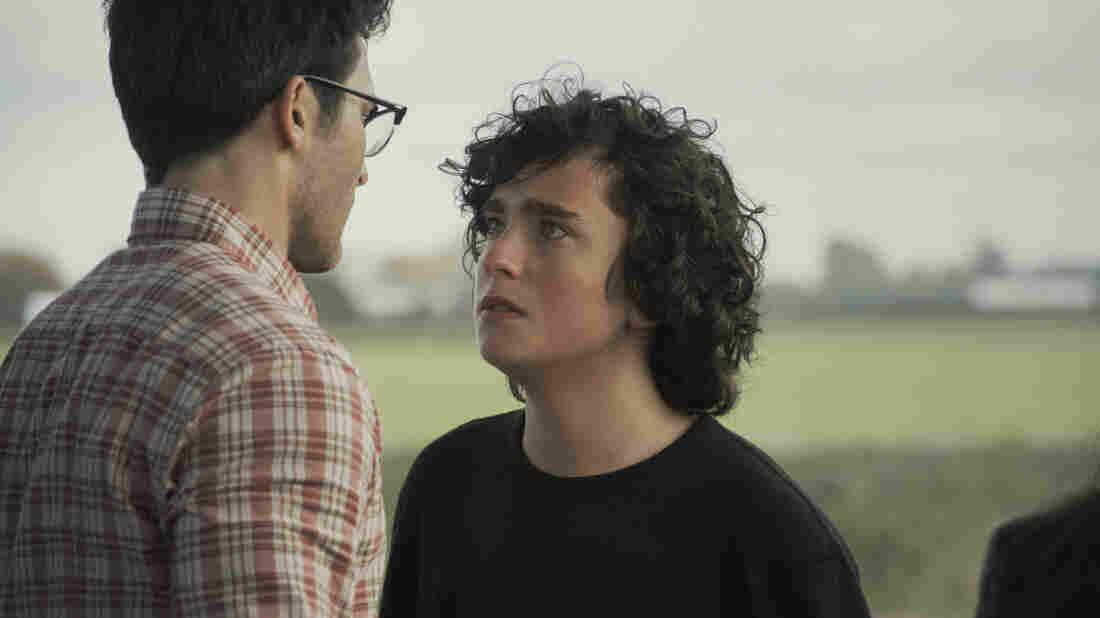 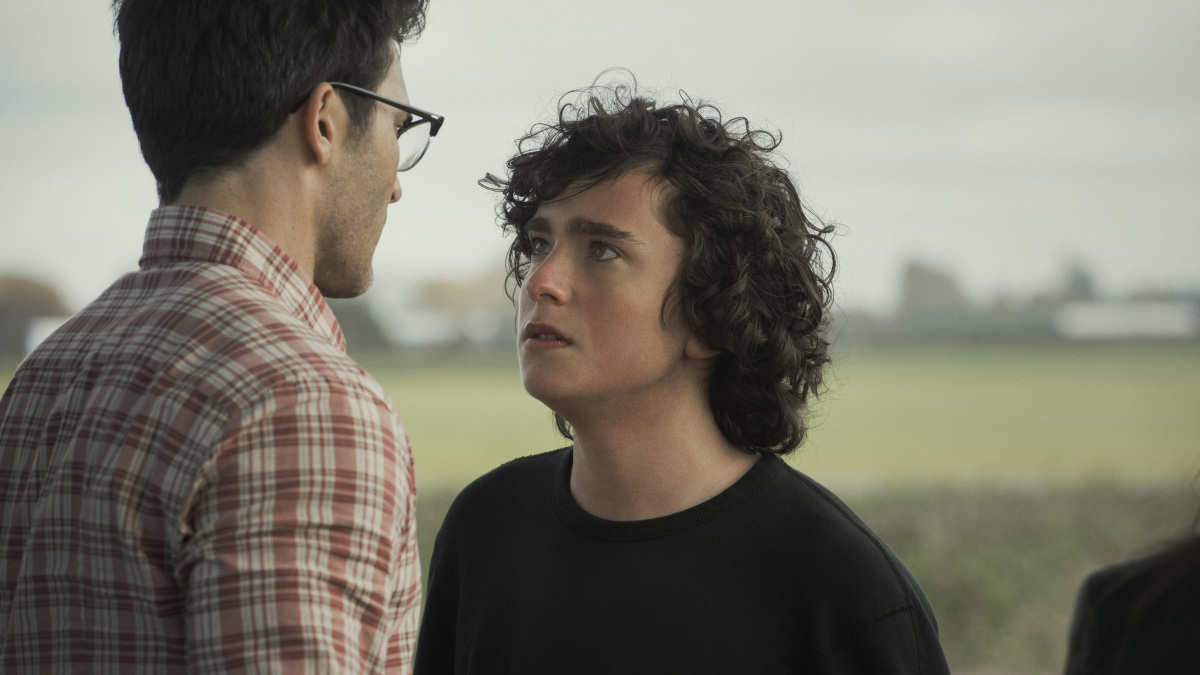 Clark Kent has a tense moment with his son Jordan in the CW's new Superman & Lois.

For comic book fans like me, Superman is the ultimate superhero — able to leap tall buildings in a single bound and stop a nuclear reactor from exploding by dumping a huge, melting block of ice on top of it.

But on The CW's new series Superman & Lois, our hero's alter ego Clark Kent is no match for his mopey teenage son, Jordan, struggling with social anxiety disorder and angry that his dad always seems to be elsewhere, chasing a story for The Daily Planet.

In one exchange, Jordan is playing a video game as a character who is beating up Superman — talk about repressed, unconscious rage — when Clark tries to apologize for missing yet another therapy appointment.

Why Superman Doesn't Take Over The World

"High school starts tomorrow," Clark says, trying to commiserate. "I know freshman year was pretty tough for me. Did I ever tell you about the time I was the team manager of the football ...?"

"Yeah, everyone duct taped you to a tractor," Jordan sniffs. "Life's a little different in Smallville than it is in Metropolis."

This update of the Superman legend features characters from The CW's superhero universe of shows spun off from Arrow -- like The Flash and Supergirl — called the "Arrowverse" in fanspeak. Here, Clark is married to Lois Lane and has twin teenage sons, named Jordan and Jonathan.

But the kids don't know their dad is the world's most powerful superhero. And even though Lois thinks fessing up may help Jordan with his anxiety issues, Clark doesn't want to tell them — a position echoed by Lois' dad, hard-charging Army general Sam Lane.

To some Superman fans, this may sound like a trap worthy of Lex Luthor; the most legendary superhero in comics stuck with an overbearing father-in-law and a son who embodies every bratty teenager trope on television.

'Superman & Lois' actually weaves a compelling story from the efforts of the character to balance his responsibility to the world with the time and attention he owes his family.

But Superman & Lois actually weaves a compelling story from the efforts of the character to balance his responsibility to the world with the time and attention he owes his family.

Superman & Lois has it both ways — contrasting Superman's struggle to beat a surprisingly powerful mystery villain with Clark Kent's effort to connect with his family and handle a series of surprising losses.

After one such challenge — I won't spoil exactly what — Superman prepares to fly off, once again, to catch the guy who is sabotaging nuclear power plants. Lois puts her foot down and tells him to stay for his family, only to get a lecture from Sam Lane.

"When you wanted to get married ... I tried warning you," says Lane, played with appropriate gruffness by Nip/Tuck alum Dylan Walsh. "You may have fallen in love with Clark Kent, but you married Superman. And Superman doesn't get to have a normal life, no matter how much you want one for him."

Okay, it sounds a little soap opera-ish. But The CW and executive producer Greg Berlanti have excelled in bringing characters from the DC Comics universe to TV by playing up their humanity through family drama and focusing a little less on how well they punch out bad guys.

In the show's two-hour pilot, producers do an amazing job of depicting Superman's powers, with special effects worthy of any big budget movie.

That doesn't mean they don't make Superman look supercool in this series. In the show's two-hour pilot, producers do an amazing job of depicting Superman's powers, with special effects worthy of any big budget movie.

The show snatches bits of inspiration from several iterations of the character, from Zack Snyder's Man of Steel to Bryan Singer's Superman Returns and, of course, Christopher Reeve's classic performance in Richard Donner's 1978 film, Superman.

Tyler Hoechlin is particularly impressive as Clark/Superman, nailing the physicality of the Man of Steel while showing a geeky, good-humored appeal as Clark Kent. But the show's writers will have to be careful about making sure Elizabeth Tulloch's Lois Lane is more than the smart alecky wife who keeps spoiling Superman's fun when he wants to go take on the bad guy.

Hoechlin and Tulloch have an easy chemistry honed by years of playing these characters on The CW's other superhero shows; a little reminiscent of Dean Cain and Teri Hatcher on the mid-1990s series Lois and Clark: The New Adventures of Superman.

It's tough to detail more about the plot without revealing key spoilers. But enough characters show up from the Superman universe that I'm eager to see the next episode — where learning to get along with his kids may be even more challenging for our hero than outracing a speeding bullet.