Accessibility links
Newspapers Like The Boston Globe Are Revisiting Stories To Offer A Fresh Start The Boston Globe has begun letting people ask to revisit or remove past coverage of their actions that has since damaged their reputations. Here's how a similar effort has played out in Cleveland. 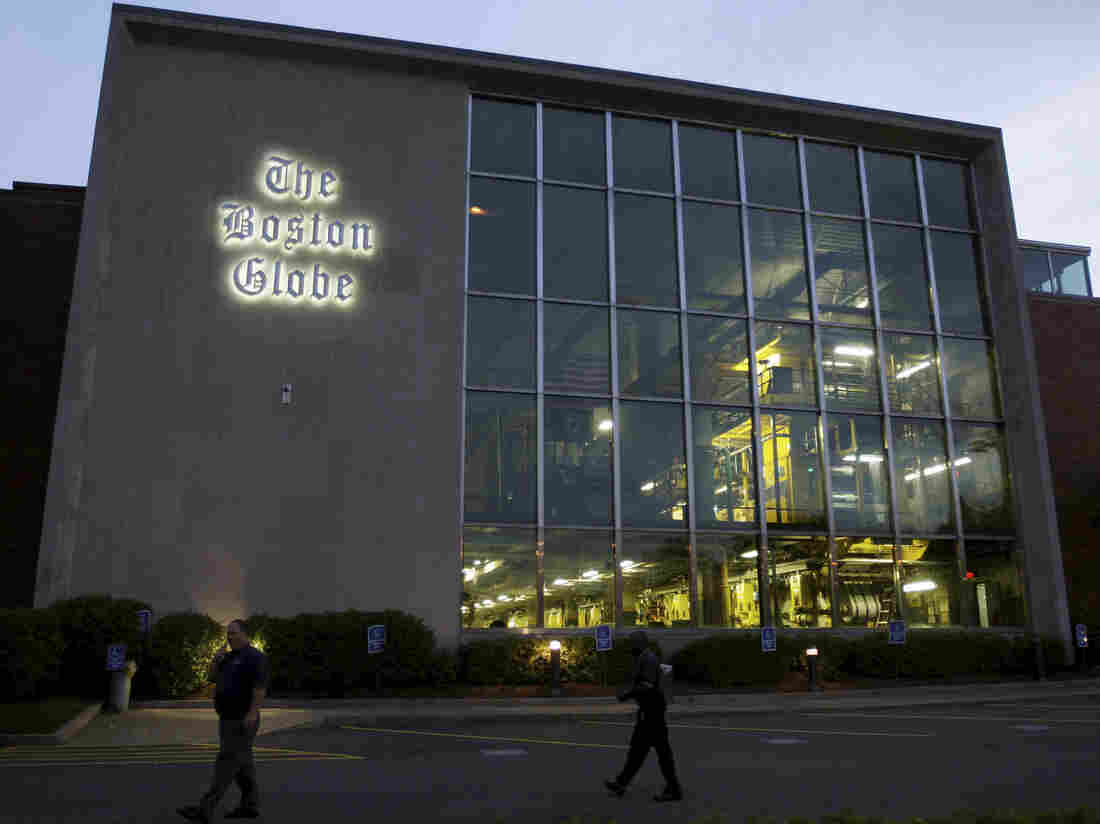 The Boston Globe is one of a handful of newsrooms across the country that are revisiting old stories and removing or altering them to minimize the harm they may cause to those covered. Charles Krupa/Charles Krupa/AP hide caption 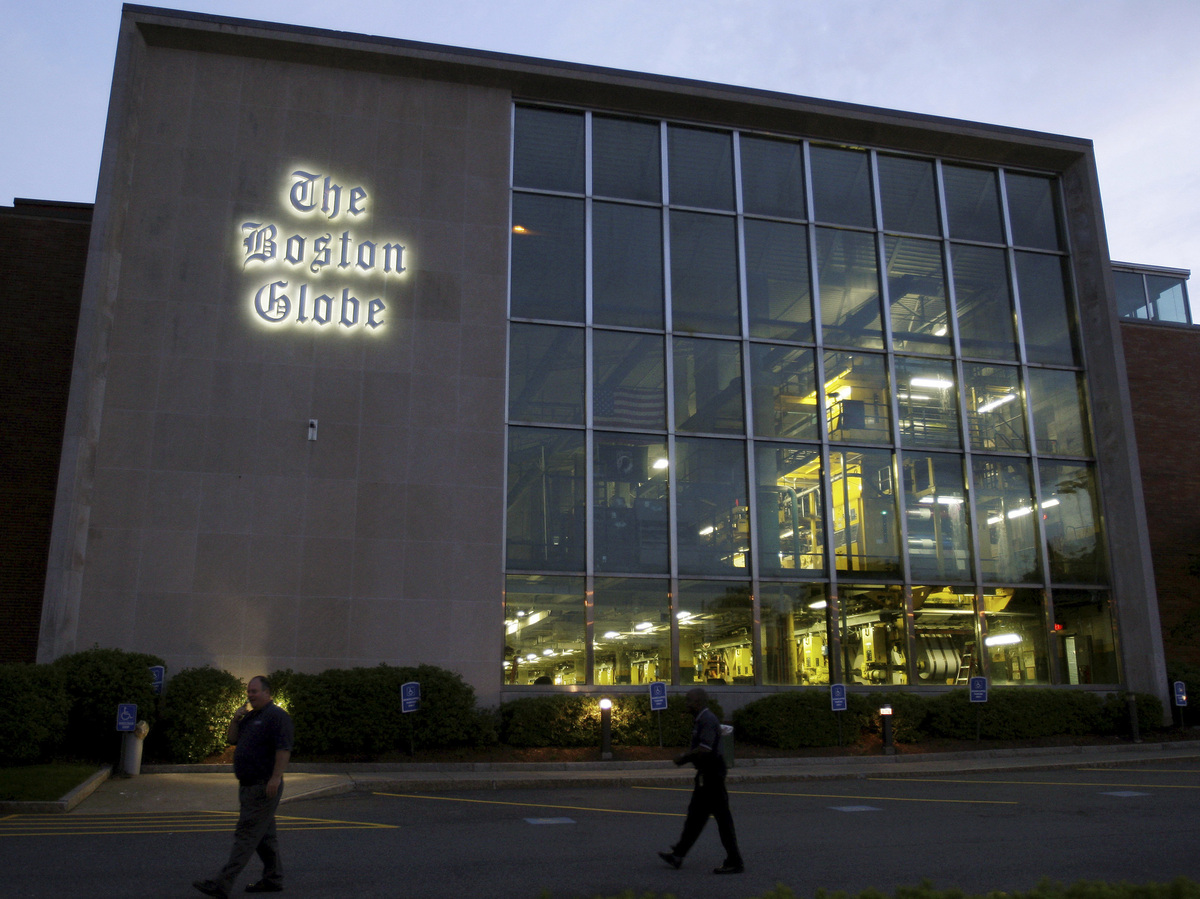 The Boston Globe is one of a handful of newsrooms across the country that are revisiting old stories and removing or altering them to minimize the harm they may cause to those covered.

Inspired by legal reforms and calls for racial equity, a small cadre of editors are challenging a long-held precept of American journalism: that news reports create an enduring historical record.

Several major newspapers are inviting people to seek the review of old stories that, they believe, portrayed them in a distorted or false light. Those stories may be about scuffles, arrests that never lead to prosecutions, or even minor convictions. And they can get in the way of obtaining a job, loan or even a date.

"Some very small incident in the past in some cases ends up being the defining characteristic for their online presence," says Jason Tuohey, the managing editor for digital at the Boston Globe, which last month announced an initiative to review old coverage, called "Fresh Start."

He says it is inspired in significant part by the Black Lives Matter movement for racial equity. "We've gotten these requests for years," Tuohey says. "We would address them as one-offs. 'Fresh Start' is an attempt to do this in a little more of a systematic way."

A similar effort in Atlanta is built in part on state reforms that seal court records for minor infractions once the punishment is fulfilled. Shawn McIntosh, managing editor for news of the Atlanta Journal-Constitution and the AJC.com, says she first encountered such requests as the paper's public editor. She says a viral article about a teen arrested for shoplifting condoms was among the earliest such requests. In late 2019, she put in place a more systemic program.

"We have tightened up considerably the arrests we cover and so we think, in the future, there will be less need for this process," McIntosh writes in an email to NPR. "And as a newsroom we are far more cognizant that a digital news story has potential for lasting harm in a way that print does not."

In Cleveland, The Right To Be Forgotten

The leader of this movement can be found in Ohio.

Starting in 2018, cleveland.com and its sister newspaper, The Plain Dealer, began to offer a simple, short Web form that asks for your name, the stories you want changed or removed, and an explanation for why.

Monica Ruiz filled out this form on behalf of her niece's late, longtime boyfriend, whom she affectionately calls her nephew.

Ruiz says he was a young man who always put family first: He graduated from high school two years early because he had a baby. He then enlisted in the military, bought properties, and ran a business.

A year ago, he was charged with assault after an altercation at a Cleveland convenience store.

He died of a heart-related ailment before his case came to trial, so the charges were never adjudicated.

Ruiz said she and her niece wanted to set up a community foundation in his name, but a single Google search of him stopped them in their tracks. It yielded a story from cleveland.com about the arrest. To Ruiz, the story was a reminder of the accusations that never bore fruit, and failed to represent who her nephew truly was.

Chris Quinn, the editor of cleveland.com and the Cleveland Plain Dealer, agreed to pull the man's name out of the story at Ruiz's request. The altered story remains up.

Quinn says he isn't sure whether he made the right call on that story.

"This is hard stuff. Nobody's done it before," Quinn says. "We don't have best practices. I mean, we're winging this because somebody had to do something." 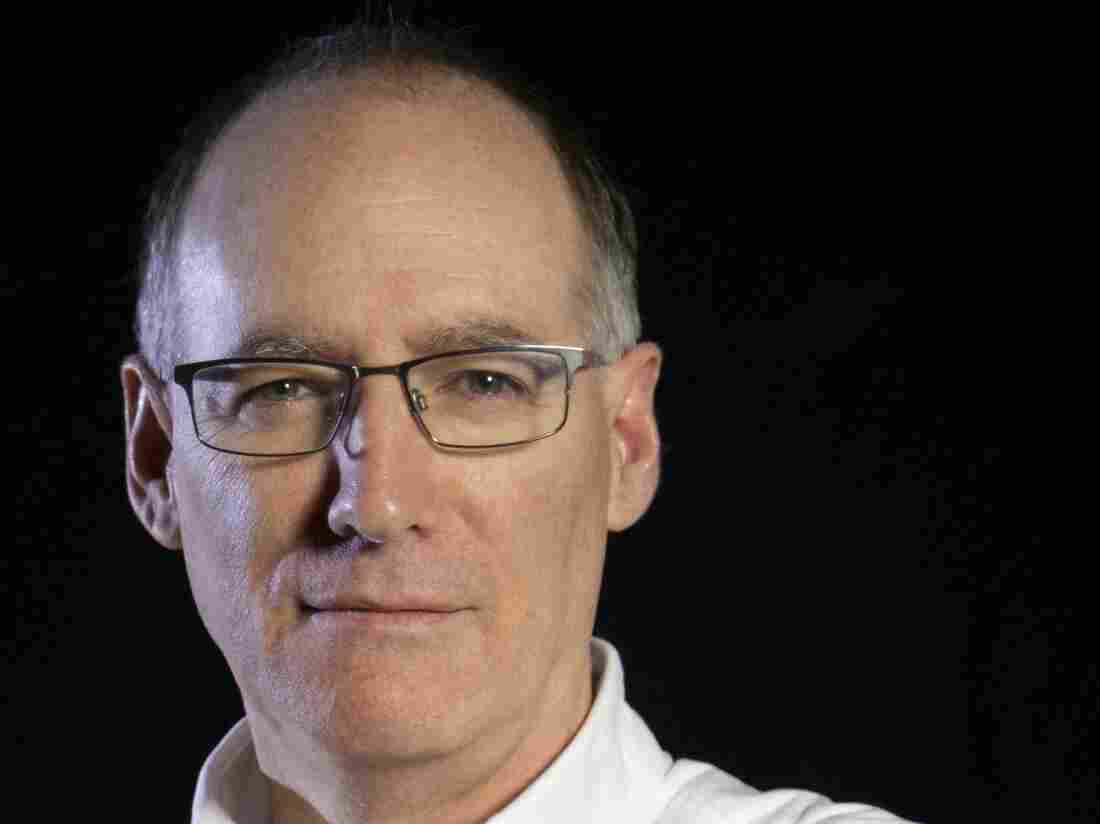 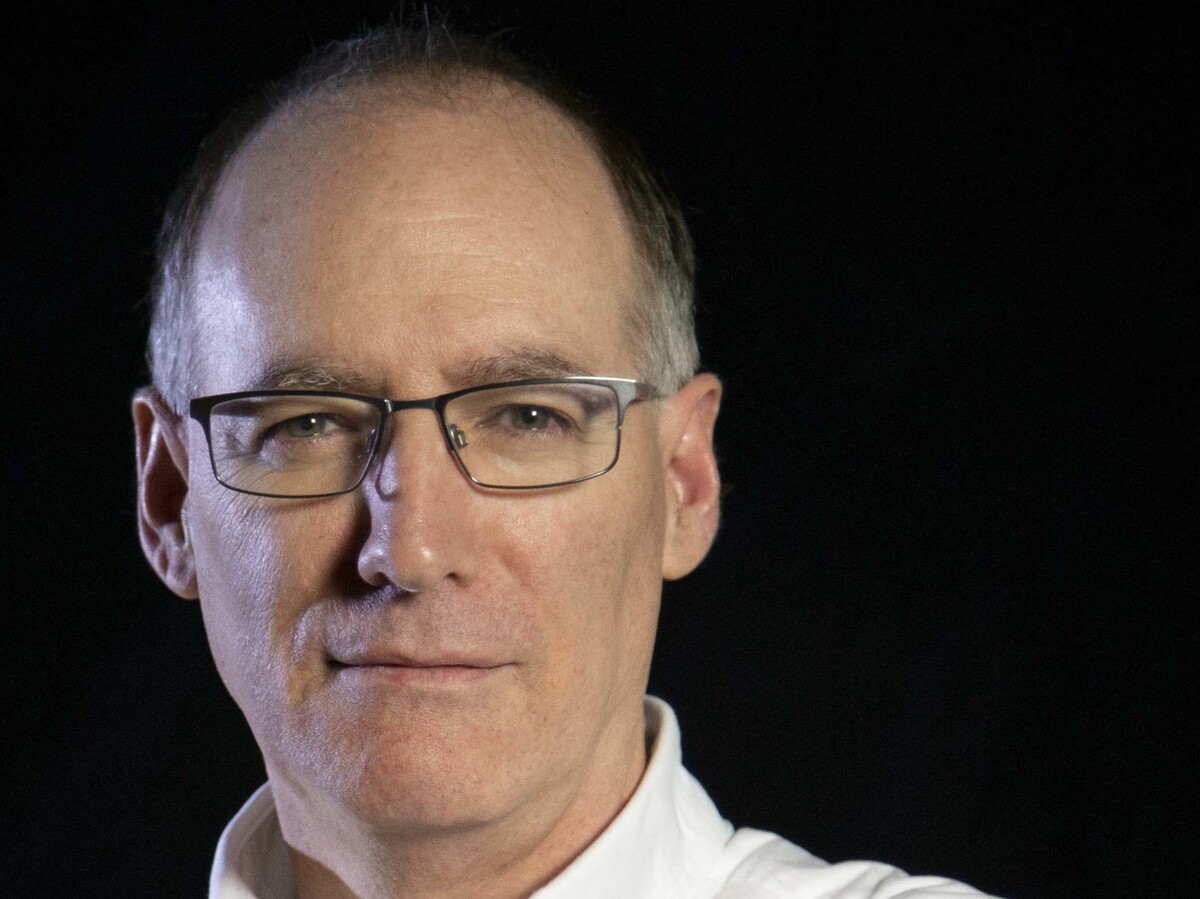 Chris Quinn, editor of cleveland.com and the Cleveland Plain Dealer, is at the forefront of a crop of news editors taking a hard look at the implications of how they have defined news.

Quinn says he and his team were inspired by the European Union's "Right To Be Forgotten," a law that allows people to ask Google and other search engines to de-list embarrassing and damaging stories. For American news organizations, removing a published story is rare. Changing or removing a story that is correct is just about unheard of.

Some critics question the wisdom of such moves.

"They are generally setting aside a longstanding and almost inviolable journalism ethical principle," John Watson, a professor of media ethics at American University told NPR's All Things Considered last month.

Watson said the well-worn aphorism that journalism is the first draft of history contains a literal truth: Many historians start researching a period of time by reading news clippings of day-to-day life.

In Cleveland, editors have left up stories about violent crime and public officials, including law enforcement officers, despite requests. In Atlanta, McIntosh says she declined to remove the identities of doctors accused of sexually abusing patients, citing the seriousness of the allegations.

Yet some accounts, particularly of minor offenses, may be unfair, even when factually accurate. That was particularly true for coverage in Cleveland between 2009 and 2013: Quinn says his newsroom had a reporter for those four years assigned to cover the police and court blotter. That meant every time someone was arrested, at every stage in the process - pop - there'd be another post for cleveland.com.

Each one would list who was appearing in court that week and why. In many instances, Quinn acknowledges, those appearances were for minor offenses. The stories ran with mug shots in almost every case.

At the time, he says, editors of the free website were trying to figure out how to make a profit and build its audience. They knew people liked to read about the stuff that filled crime blotters, so they churned out such coverage to drive traffic.

Quinn says the site stopped that kind of coverage after 2013. And he argues the inconsistency in coverage proves how unfair it was. These days, he says, about one-quarter to one-third of the requests the paper receives under what he calls its "Right to be Forgotten" policy are for those crime-driven stories. And he says editors almost immediately take them down.

There's one central question at the heart of every story they reconsider.

Advocates for people who have faced criminal charges have welcomed the move. And even so, some question whether it is enough. The Legal Aid Society of Cleveland, which provides attorneys for people who cannot afford their own, said it did not find that any clients had taken advantage of the paper's "Right to Be Forgotten."

"A story in The Plain Dealer about any individual in our community carries very little weight, very little weight at all, because we know how we're covered," says Curtis Scruggs, a former corrections officer who is now executive director of the Northeast Ohio Re-entry Coalition. The group helps people transition to broader society after they serve time in prison. Scruggs says he is speaking as an African American and someone immersed in issues affecting the criminal justice system.

"If they can go back and scrub the archives of these stories, it is a legitimate effort to help," Scruggs says. "Is it effective? No, it isn't." He says concerns like the ability to establish good credit far outweigh news coverage.

Quinn says he's had a clamor of requests to review his outlet's stories. And he says the paper covered Blacks and other people of color insensitively in the past. Quinn says he and his team are working hard to build trust.

One sign of that: the Plain Dealer and cleveland.com no longer run mug shots. After all, they depict people at their worst moments who have not yet been convicted of the charges they face. And Quinn acknowledges that Black people are disproportionately caught up in the criminal justice system. 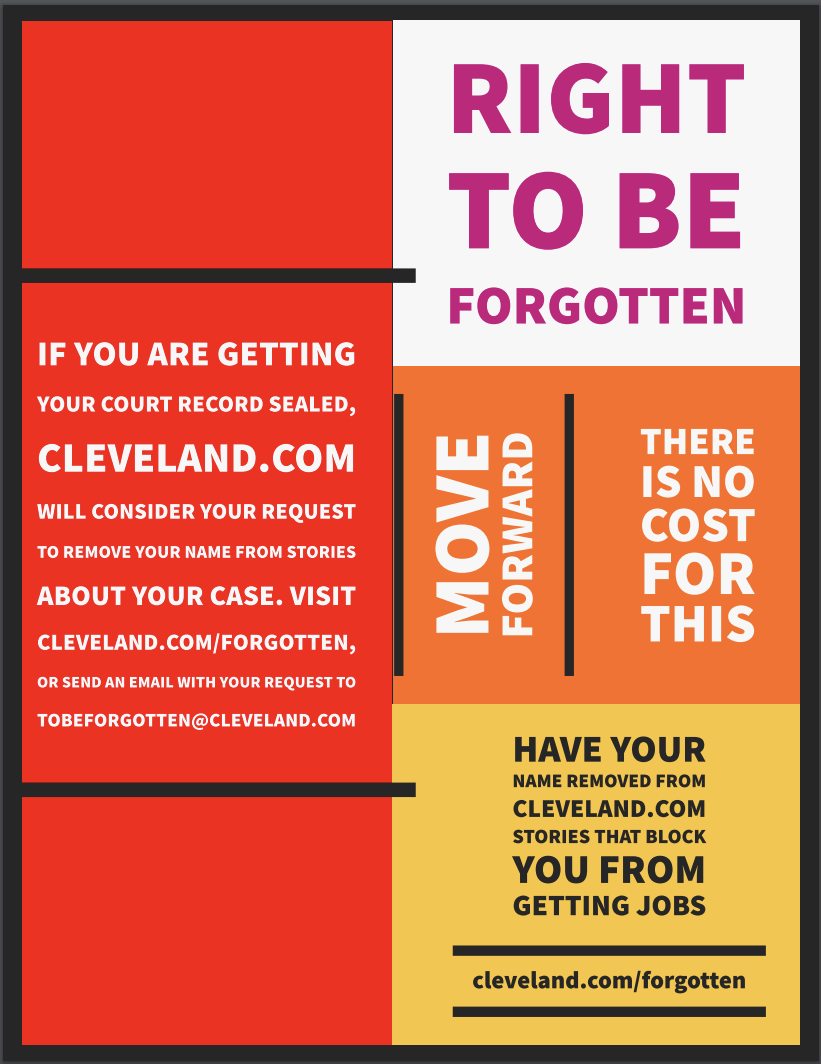 Cleveland.com is spreading the word that it will consider removing stories that may be keeping people from moving on with their lives. cleveland.com hide caption

He says he hopes to take on the issue more systemically. Cleveland.com was recently awarded $200,000 in funding from the Google GNI Innovation Challenge to develop algorithms to help the newsroom identify and remove similarly unfair content from its website. Quinn wrote that he hopes the tools will identify all the mug shots in the paper's archives so that editors can remove them from older digital stories.

You'd be hard pressed to find mugshots in the Boston Globe too, yet Tuohey notes their use was prevalent in the news business and by his own employer for decades. "A bunch of folks, mostly whites, running this place didn't consider how this might affect people of color," says Tuohey, who is also white.

For Ruiz, the newspapers' efforts aren't just worthwhile because they protected the memory of a man she considered family. She says they're important to covering people of different races equally.

Quinn says he has already witnessed the effect of his Right to Be Forgotten program on a human scale.

"I get the letters," Quinn says. "I get the notes from people both requesting it and then thanking us for doing it. They are trying to move on with their lives and we are holding them back. We are causing them pain. And by removing it, they feel great relief."