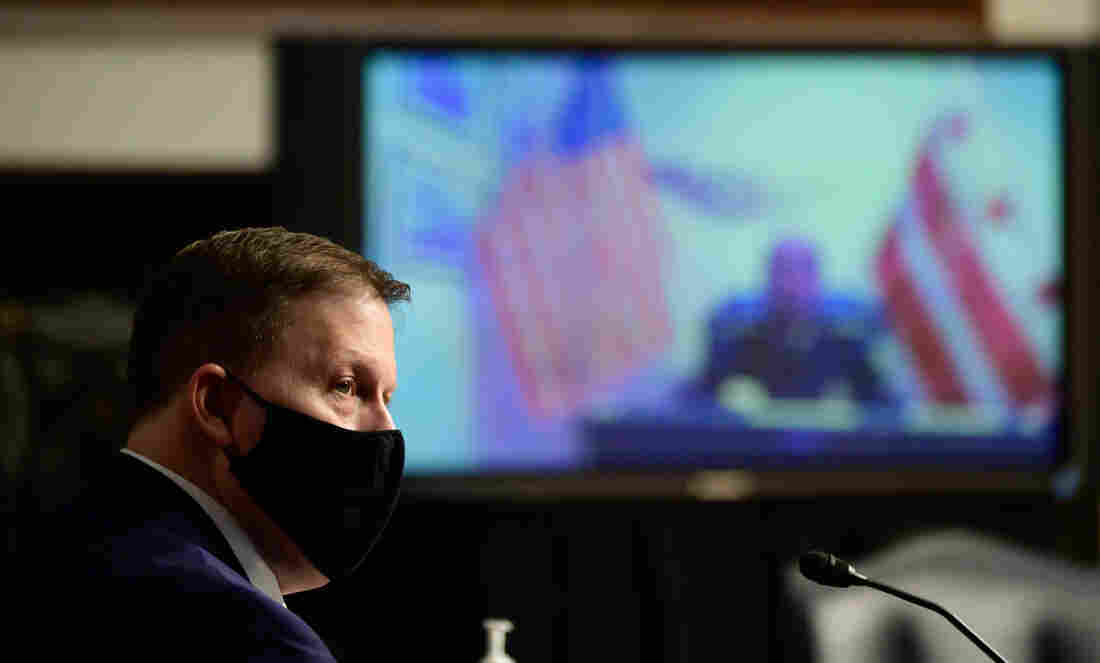 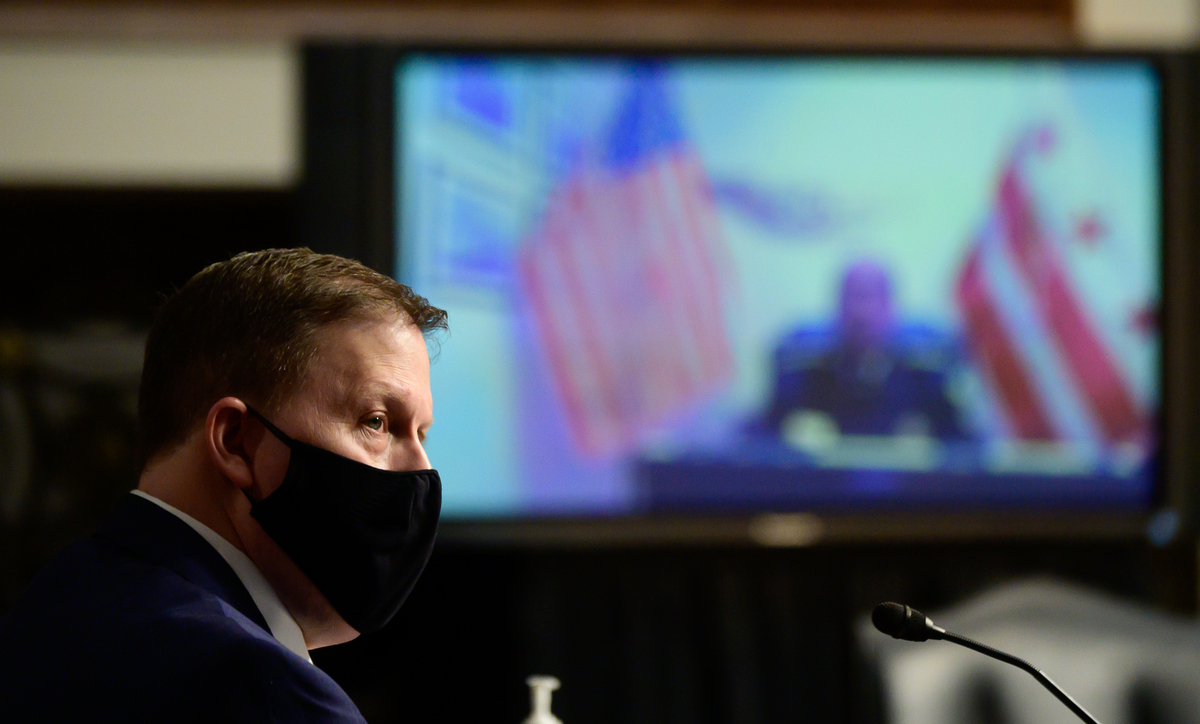 Former U.S. Capitol security officials told Congress during a joint hearing on Tuesday that they did not have sufficient information ahead of Jan. 6 to accurately predict the scale of the attack.

The hearing, aimed at examining the security failures that led to the Capitol complex's breach, included the testimony of former U.S. Capitol Police Chief Steven Sund, House Sergeant-at-Arms Paul Irving and Senate Sergeant-at-Arms Michael Stenger — all of whom resigned their posts after the Capitol siege, following requests from top leaders of both parties.

"The events I witnessed on Jan. 6 was the worst attack on law enforcement and our democracy that I've seen in my entire career," Sund said in his opening remarks.

"These criminals came prepared for war. They came with their own radio system to coordinate the attack, in climbing gear and other equipment to defeat the Capitol's security features. I'm sickened by what I witnessed that day," he said.

All three former Capitol security officials agreed that the Jan. 6 attack was planned and coordinated and that it involved white supremacists and extremist groups.

Tuesday's testimony marks the first in a series of hearings to investigate the Capitol attack. Sen. Amy Klobuchar, who chairs the Senate Rules Committee, said there will be a hearing next week to hear from leaders of the FBI, the Defense Department and the Department of Homeland Security.

Pointing fingers at the intelligence community

The dominating theme that emerged in the hearing was an alleged lack of adequate intelligence.

Sund said the intelligence he based his planning on indicated that the protests expected on Jan. 6 were anticipated to be similar in nature to previous pro-Trump Make America Great Again rallies.

"A clear lack of accurate and complete intelligence across several federal agencies contributed to this event, and not poor planning by the United States Capitol Police," he said. "We rely on accurate information from our federal partners to help us develop effective security plans."

Sund underscored: "None of the intelligence we received predicted what actually occurred."

He added later in the hearing that he believes that the intelligence community needs to "broaden its aperture on what information it collects."

Irving echoed Sund's testimony about the early intelligence not matching what ended up taking place at the Capitol.

"Based on the intelligence, we all believed that the plan met the threat and that we were prepared," he said. "We now know that we had the wrong plan. As one of the senior security leaders responsible for that event, I am accountable for that. I accept that responsibility, and as you know, I have resigned my position."

On the eve of the attack, the FBI sent a report detailing various calls for violence the next day, but Sund says the warning never reached him.

"This is a report that I am just learning about within the last — they informed me yesterday of the report," Sund said Tuesday. Sund left the department on Jan. 8.

"I would certainly think that something as violent as an insurrection in the Capitol would warrant, you know, a phone call or something."

On whether "optics" played a role 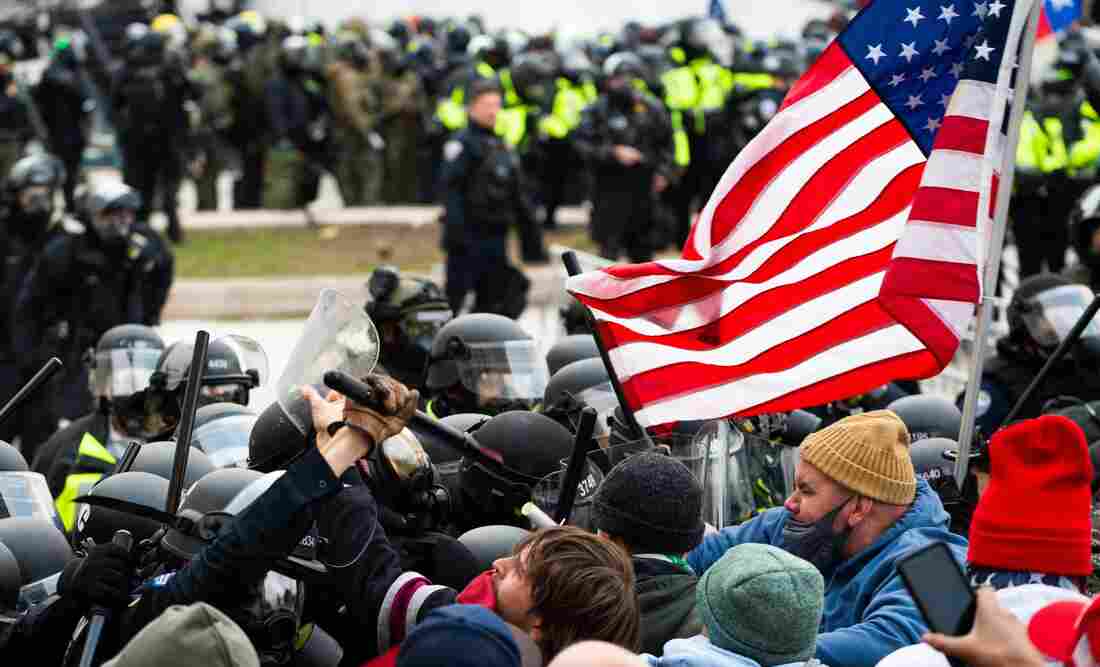 Rioters clash with police outside the Capitol on Jan. 6. Roberto Schmidt/AFP via Getty Images hide caption

In prepared remarks, Sund said he approached Irving and Stenger on Jan. 4 to request the assistance of the National Guard.

"Mr. Irving stated that he was concerned about the 'optics' of having National Guard present and didn't feel that the intelligence supported it," Sund stated in his written testimony, adding that he was then referred to Stenger and again made the request.

"Instead of approving the use of the National Guard, however, Mr. Stenger suggested I ask them how quickly we could get support if needed and to 'lean forward' in case we had to request assistance on Jan. 6."

Irving disputed that narrative in his opening remarks.

"The use of the word 'optics' has been mischaracterized in the media. Let me be clear: Optics, as portrayed in the media, played no role whatsoever in my decisions about security and any suggestion to the contrary is false," he said.

Irving said the "collective judgement" was that intelligence did not require troop presence at the Capitol.

"If the chief or any other security leader had expressed doubt about our readiness, without the National Guard, I would not have hesitated to request them."

During the hearing, Sund and Irving disagreed over when the then-Capitol Police chief called Irving seeking backup from the National Guard as the attack was underway.

Sund said he made the call at 1:09 p.m. on Jan. 6, but Irving maintained that he didn't recall such a call. Sen. Rob Portman, R-Ohio, suggested looking at the phone records to sort out when the call was made. Texas Sen. Ted Cruz echoed that request later in the hearing.

In an interview ahead of the hearing, Bill Pickle, who served as the Senate sergeant-at-arms from 2003 to 2007 and who remains in contact with both former Sergeants-at-Arms Irving and Stenger, said there is a long-running culture at the Capitol that frowns upon calls for a military response.

"Politicians, and particularly the leadership, is very, very reluctant to have any military presence on Capitol Hill," Pickle said. "That is a political issue that for whatever reason, the optics are not something that the leaders of Congress want."

Irving insisted Tuesday that he was not concerned about appearance and that security needs alone guided his decision-making.

The Capitol Police union released a stinging statement Monday night following the testimony, highlighting the contradicting accounts about calling for National Guard backup. It said the root cause of the Jan. 6 attack was "a failure of leadership" and that "senators saw that dysfunction on display."

The union also said it credits Sund, Stenger and Irving for quote "having the decency to resign" — a move Sund at least now says he regrets making.

When Pickle, who was a former assistant director for the Secret Service, reached his last day on the job as the Senate sergeant-at-arms more than a decade ago, he issued a stark warning to congressional leaders. Pickle said the Capitol had security weaknesses that had long gone ignored by lawmakers and that this could allow an attack one day.

At the time, Pickle envisioned a possible airplane attack or chemical or biological attack. After Jan. 6, Pickle says the same security weaknesses he saw then are what helped the violent mob.

Among them, Pickle says, he's part of a long line of security officials who have pleaded with lawmakers for decades to allow a fencing perimeter. Last month, acting U.S. Capitol Police Chief Yogananda Pittman reiterated that call.

"One of the things that they have not done — and it's been front and center for at least 40 years — is this idea of building a fence around the Capitol," Pickle said.

The future security around the Capitol is an open question and one that senators requested to further look into during Tuesday's hearing. 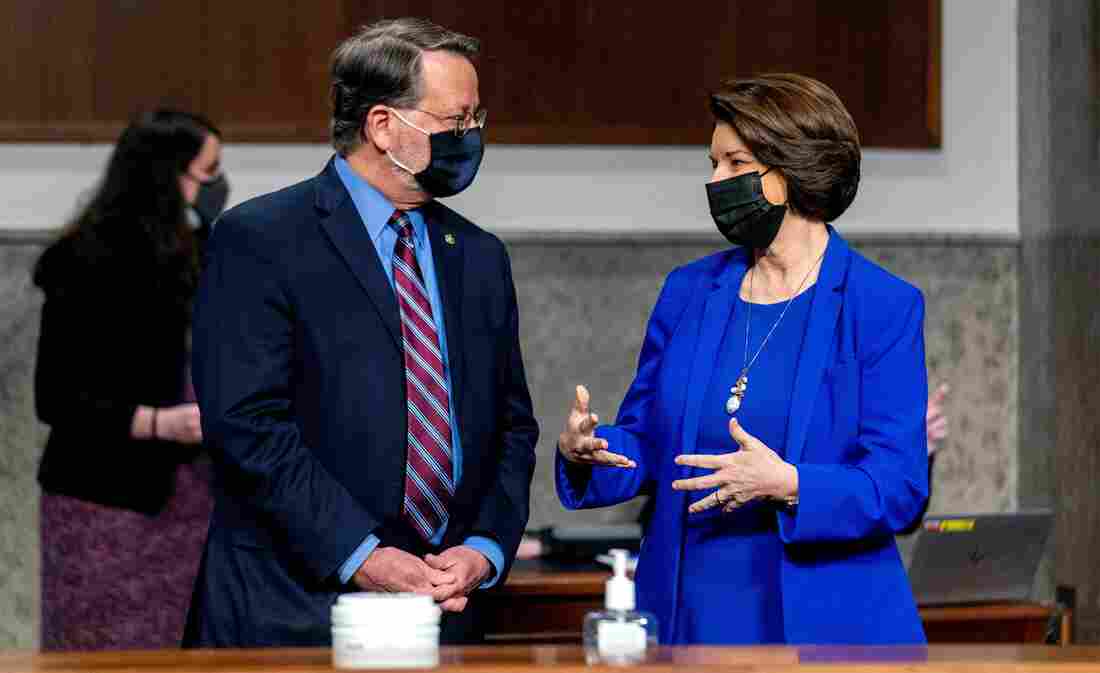 Another issue, Pickle argues, is reporting to a security apparatus that reports to political leaders.

"So the police have a tough job. They have 535 bosses, and every one of those bosses thinks they know better than the law enforcement officials up there," he said.

Sund has noted the complicated reporting and requesting procedures, something lawmakers agreed they should revisit.

Klobuchar is keen to act swiftly to address whatever shortfalls become apparent from the congressional questioning. She said ahead of the hearing that many "immediate decisions" need to be made with help from former and current leaders.

"We need to get this information immediately in the next month or two," she said. "We're going to have to make changes to security now."