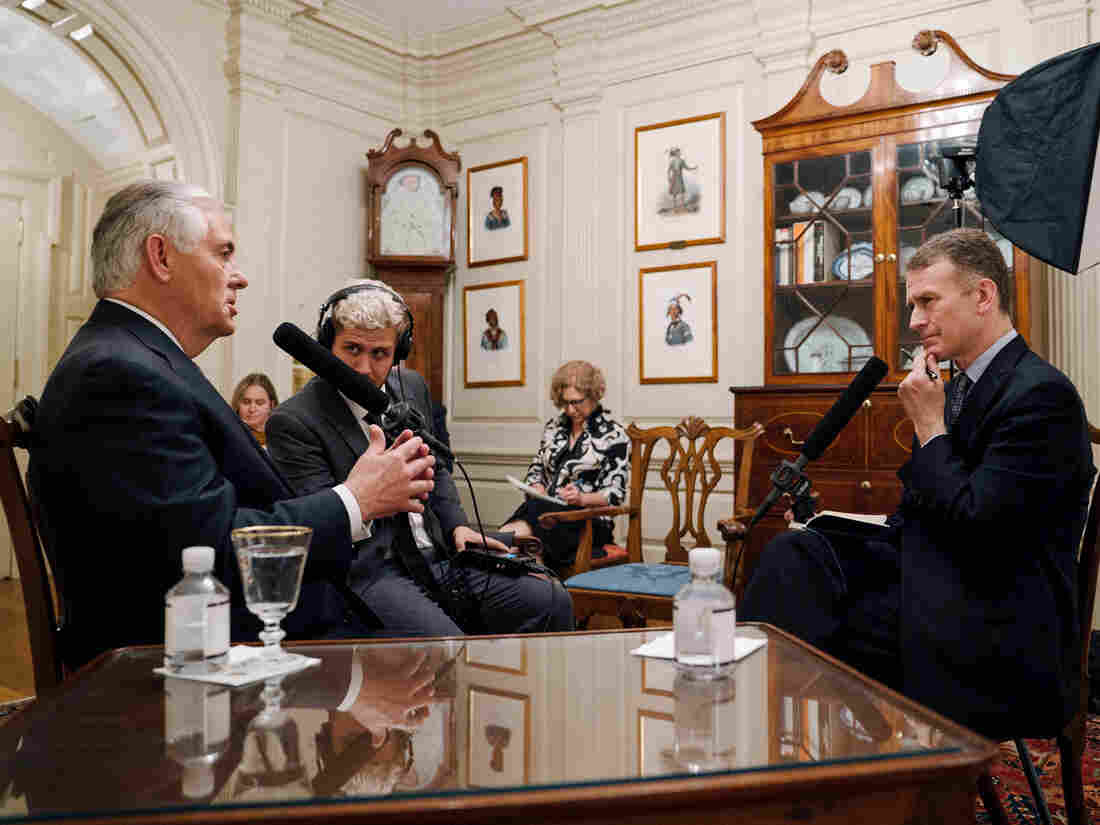 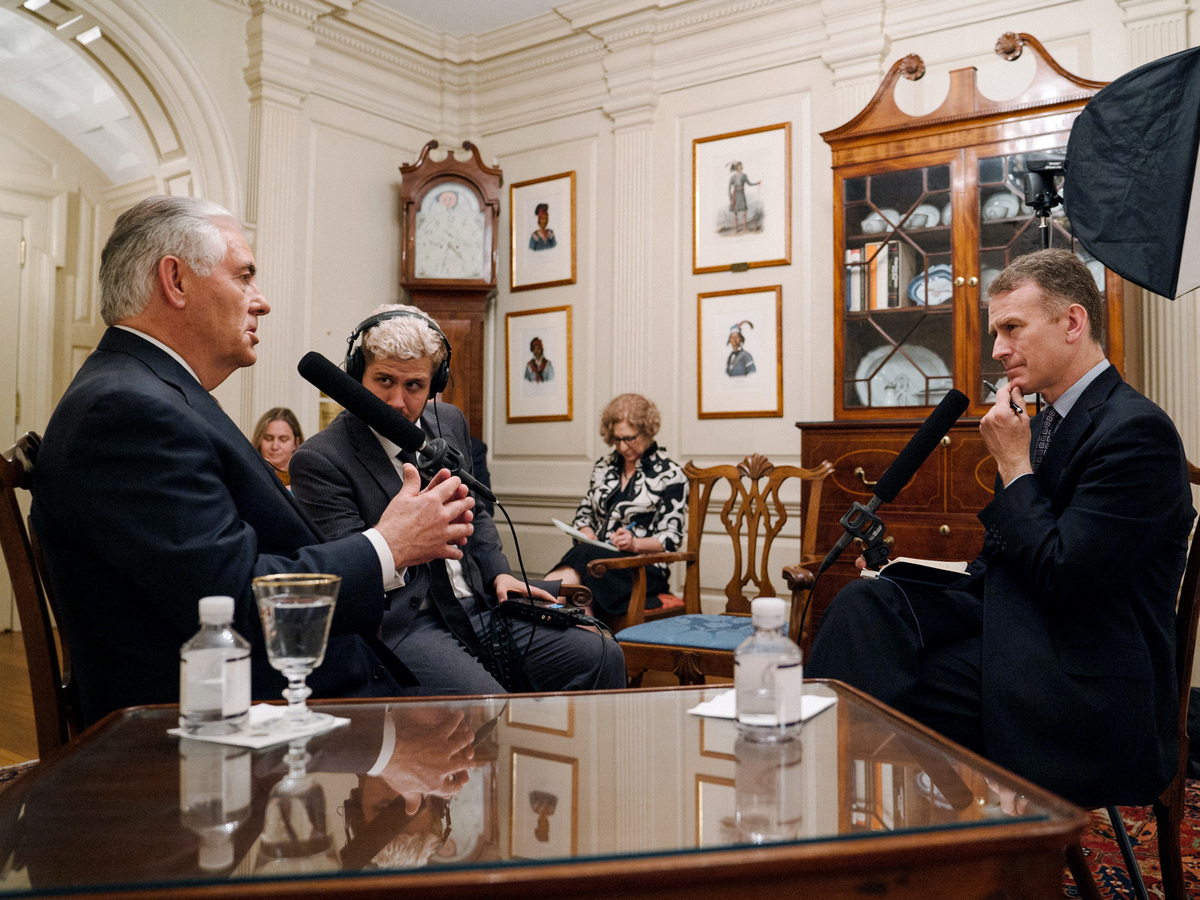 Secretary of State Rex Tillerson spoke to Morning Edition host Steve Inskeep at the State Department today. His first interview with NPR was a wide-ranging conversation, touching on North Korea, China, Russia and the mission of the State Department.

The interview will air tomorrow in two parts on Morning Edition at approximately 5 AM (ET). Stations and broadcast times are available at www.npr.org/stations

Excerpts from the conversation are available below.

When asked if he has a "red line" on North Korea: "We don't have any red lines. I think what you're talking about perhaps is how do we get there. And we say we can't begin the process of getting there until North Korea comes to the table with a willingness to talk about how we get there and how they achieve their objective.

...You know if you listen to the North Koreans, their reason for having nuclear weapons is they believe it is their only pathway to secure the ongoing existence of their regime. Well we hope to convince them is that: you do not need these weapons to secure the exist of your of your regime... We have been very clear as to what our objectives are. And equally clear what our objectives are not. And we do not seek regime change. We do not seek a collapse of the regime. We do not seek an accelerated reunification of the peninsula. We seek a denuclearized Korean peninsula and again that is entirely consistent with the objectives of others in the region as well."

Asked if he intends to have direct talks with North Korea: "Obviously that will be the way we would like to solve this. But North Korea has to decide they're ready to talk to us about the about the right agenda and the right agenda is not simply stopping where they are for a few more months or a few more years and then resuming things. That's been the agenda for the last 20 years."

When asked if China's interests threaten the United States long term: "Well, I think we need to understand one another much better and understand that China is on a pathway of continuing to emerge with their own people in terms of providing a quality of life to their own population. You know they've made enormous progress over the last 10 to 15 years. 500 billion Chinese moved out of poverty into middle class status. But there's still a large country with a lot of people that are still living in poverty. So they are still on this pathway to prosperity. Our understanding of them—and I think they need to have an understanding of us—is that we do not seek to constrain their need to continue their economic growth and to continue to help their people enjoy a better quality of life as they are pursuing that though they have to do that in a way that supports stability around the rest of the world as well."

Asked if his relationship with Russia is helpful: "Well I think Russia is going to act in Russia's best interest. This is what all nations do. I think to the extent that I have longstanding relationships with the leadership in Russia, to the extent that's helpful in that they already know me they don't have to try to figure out who this guy Rex Tillerson is because they've dealt with me for so many years. Perhaps that's helpful in that my ability to communicate is very straightforward very candid. It's not nuanced because I have found in dealing with the Russian leadership in the past that is what they respect."

About the mission of the State Department: "I think our mission here is to deliver on the president's policies to secure to provide the national security needs of the American people and to advance America's economic interests around the world. And I think the issue for us is how well we deliver on that mission through all of the various aspects of what the State Department does from diplomacy to our assistance programs to helping nations that are just emerging to dealing with conflicts."

PLEASE NOTE: Full transcript of the interview is available upon request, it is embargoed until Friday, April 28 at 5 AM (ET).