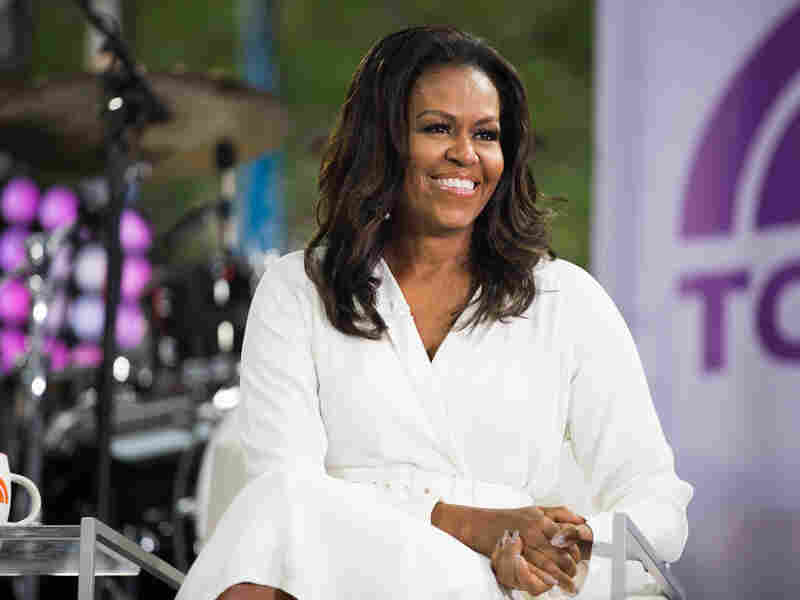 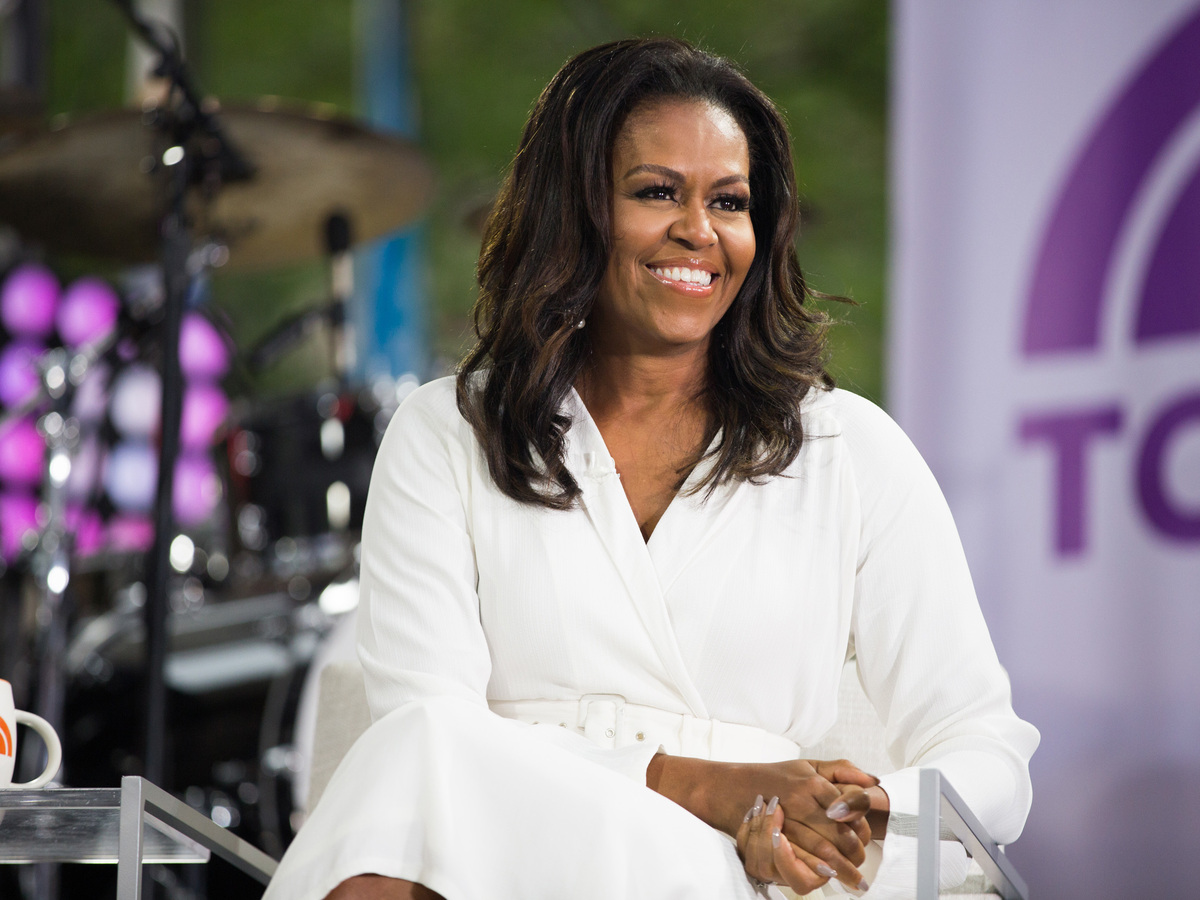 Friday, November 9, 2018; Washington, D.C. - In a multi-part interview airing on Monday's Morning Edition and All Things Considered, NPR's Audie Cornish spoke with former First Lady Michelle Obama about her upcoming book release, struggles in her personal life, and her views on the current state of political discourse. Audie also spoke to current students at the First Lady's alma mater, Whitney Young Magnet High School. Those students were also able to ask questions to Michelle, which she answered.

NPR also obtained exclusive audio clips of Michelle reading from her new book, which will be available on Monday.

Also don't miss the latest book review from NPR's Danielle Kurtzleben: Michelle Obama Tells The Story Of 'Becoming' Herself — And The Struggle To Hang On

On Whether or not she will run for office:
"No. Politics was never ever anything I would have ever chosen for myself. So when people say you should run for pol – you should be in elected office, I wonder 'Why would you say that?' because that's not my story..."

"That's what people want, but what do I want for me? And sometimes, you know, and sometimes you can get swept up in other people's wants for you when I know in my heart that my skill set and my desire and my passion doesn't lie in that arena. You know, so it was never an interest to me. So it was very difficult being married to a man that felt like politics was his destiny."

Can She Relate to Melania Trump feeling like the most bullied person in the world?:
"I can't because I can't look around at what's going on and view myself as - I wrote about the fact that how I learned not to sort of take myself so seriously in this role was when I would meet military families and spend time on bases and I would see the sacrifice that these families would make and the hardships that they would bare because they would have a loved one serving and dying and putting their life at risk. I admired them and it made me feel like let me not complain out loud about anything that is happening to me."

Does her mantra of "when they go low, we go high" stand in the era of Donald Trump?:
"I think even more now because I think we - what's the alternative? Are we all just gonna go low? Are we all just gonna be in the mud kicking and screaming and hating and wreaking havoc and fear? Is that what, is that the recommendation? I think we are living in a time that proves that point even more so. We have to be thinking about what we want real outcomes to be and I know I think about that. Is - before I speak now, am I speaking from my own place of anger or am I speaking from a place of wanting a solution? And Barack taught me that...

On writing about their marriage counseling:
"Well because people are invested in us as the perfect couple, I thought it was important to make sure that couples know that marriage is hard, and even the best couples – because let me start by saying this – I love my husband, and we have a great marriage, but great marriages require work. And great marriages have rough spots, and I talk to young people all the time, who don't understand that that's also part of marriage."

"That there are highs and there are lows, and if you can't work through the lows, and if you're not aware that you're supposed to have them, is the thing, right. I run into a lot of young people – they have a bump in a relationship, and I was like that's not a deal breaker. That's just life. Um, but if we as the idealized couples don't come clean with the challenges how will they learn? You know, I want my daughters to know that mom and dad we had to work through some stuff. And people you love, and people you want to build a life with you're going to have to work through stuff with. That's a part of it. It's not broken, um beyond repair. Things break, and you have to work to fix it. So Audie simply because I know young people idealize us --

Michelle Obama: "Hashtag, there's a hashtag in there. Hashtag relationship goals. I want people to know the full context of it. You know don't walk away from a good relationship because you got to work on it is my message because we certainly did.

A Whitney Young student asks Michelle Obama about the state of the country today;
"I don't want you to be discouraged. There have been harder times in our nation's history than this. This is not fun but you know we're still moving in the right direction so I do want you all to do the work to find your passion."