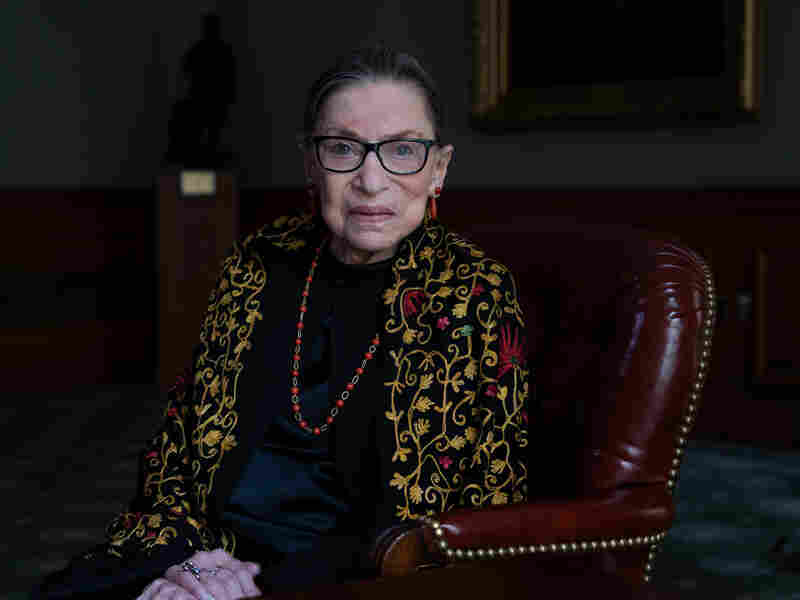 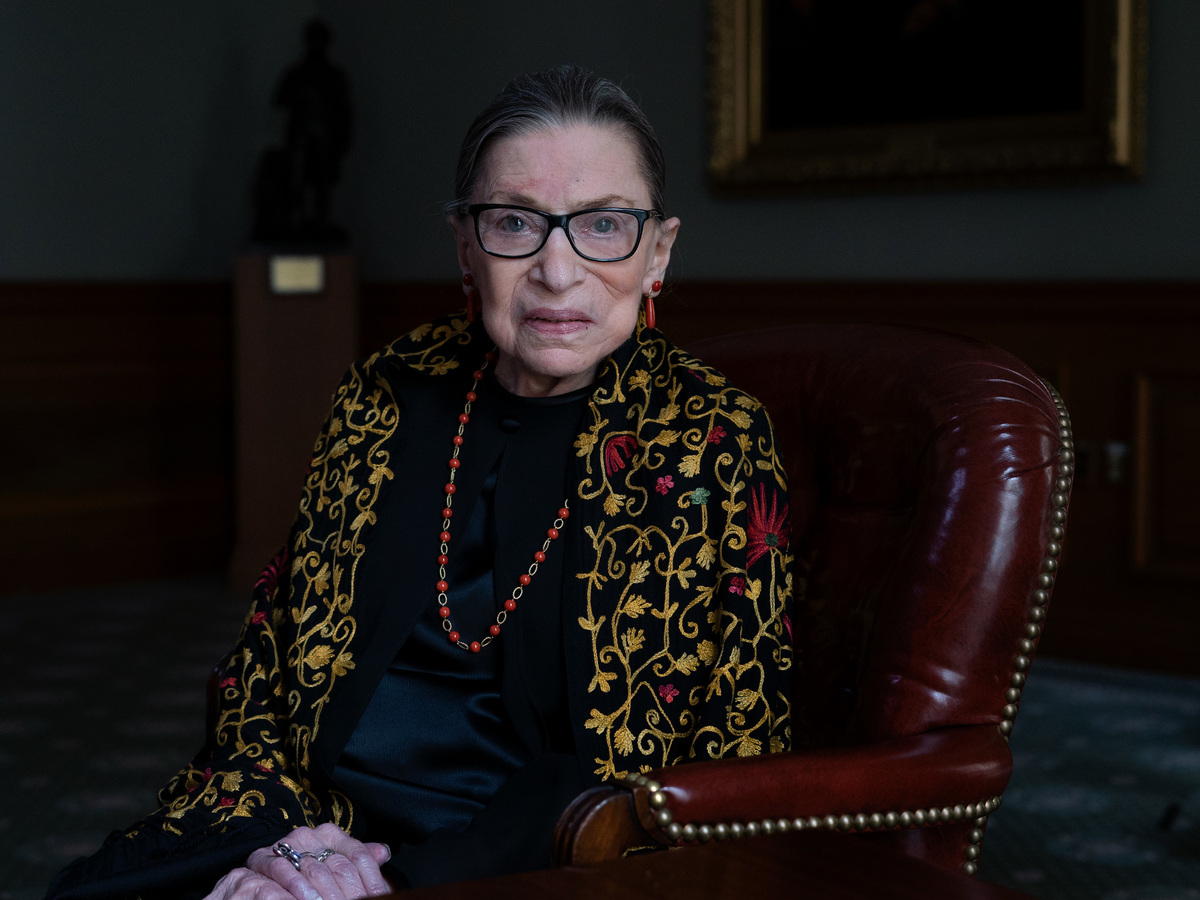 NPR's legal affairs correspondent Nina Totenberg sat down with Justice Ruth Bader Ginsberg in a video interview that covered a wide range of topics, including the Justice's health.

Highlights from the interview, including video segments will be available HERE.

Excerpts are available below, and can be cited with attribution to NPR.

When asked if she is aware that many people panic at the prospect of her health ever declining, Ginsburg recounted a story of how not everyone is so concerned with her wellbeing. She noted that after receiving a cancer diagnosis, a now-dead Republican senator reacted with glee.

"There was a Senator," Ginsberg said. "I think it was after the pancreatic cancer, who announced with great glee that I was going to be dead within six months. That senator whose name I've forgotten is now himself dead. "And I am very much alive."

She was talking about late Kentucky Sen. Jim Bunning, per Nina.

In the 2016 campaign, Ginsburg faced a backlash for being critical of candidate Donald Trump. This time around, she saved her criticism for Democratic presidential candidates, who have floated the idea of or been open to packing the court with more justices to dilute the current power of the new conservative majority.

"There is no fixed number in the Constitution. So this court has had as few as 5 as many as 10. Nine seems to be a good number and it's been that way for a long time."

"I have heard that there are some people on the Democratic side who would like to increase the number of judges. I think that was a bad idea" when President Franklin Delano Roosevelt tried it, and reiterated, "I am not at all in favor of that solution."

She noted that the court is the final say on controversial matters and that the public accepts that. Even after Bush v. Gore — a decision she disagreed with that installed George W. Bush as president and stopped the recall in Florida where only a few hundred votes separated Bush and Democrat Al Gore — Ginsburg said there were "no riots" and that "life went on" with people ultimately accepting the outcome.

What could ruin that judicial independence, she argued, was anything that made the court look overtly partisan.

Roberts spoke out months ago after President Trump derides some federal judges as "Obama Judges."

Asked if she was worried about the direction the new conservative majority could take the country on things like women's rights, in particular, she said:

"I don't think there's going to be any turning back to old ways."

On how she survived her latest bout with cancer without her late husband and booster Marty by her side, she noted: "The work is really what saved me."

Of Marty, who she noted used to pick out the newspaper clips for her to read every morning just to her liking, she noted: "I miss him every morning."