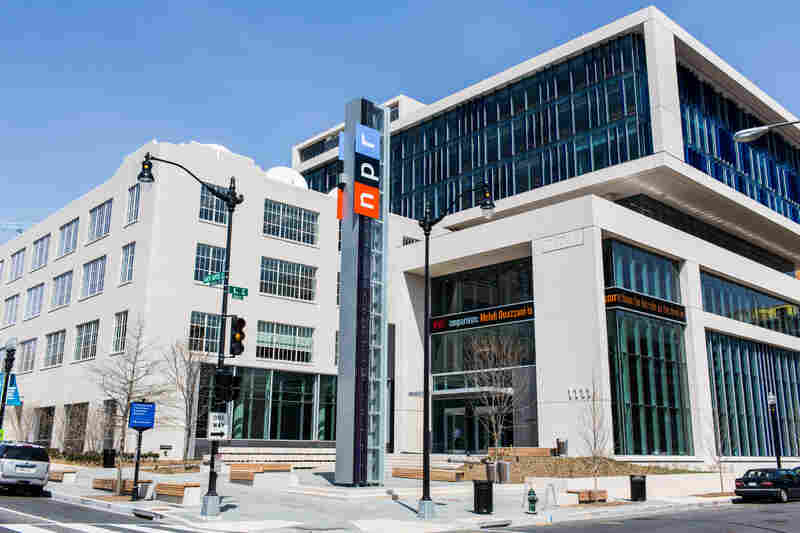 September 16, 2019; Washington, D.C. – NPR is pleased to report the results of the 2019 NPR Board elections: Joe O'Connor from WFAE-FM in Charlotte, NC, LaFontaine Oliver, an incumbent from WYPR-FM in Baltimore, MD, Jay Pearce, an incumbent from WVIK-FM in Rock Island, IL, and Mike Savage from WEKU-FM in Richmond, KY, were elected as Member Directors of NPR, with three-year terms beginning in November 2019.

In addition, the Membership confirmed the NPR Board's election of Carlos Alvarez, Howard Wollner, and Telisa Yancy to their first full three-year terms as Public Directors, beginning in November 2019. John McGinn was elected as the NPR Foundation Board of Trustees Chair for a term beginning in November 2019, which will also make him an ex officio director of the NPR Board.

Joe O'Connor is the President and CEO of WFAE, Charlotte, North Carolina's NPR news source. Under O'Connor's direction, WFAE has significantly grown the station's newsroom staff. The growing team of journalists at WFAE have won numerous regional Edward R. Murrow awards including two awards for Overall Excellence and awards recognizing the station's work covering the unrest in Charlotte after the police-involved shooting of Keith Scott. Under Joe's leadership, WFAE has also launched a suite of successful podcasts including She Says with host Sarah Delia; Amplifier with host Joni Deutsch; SouthBound with Tommy Tomlinson; and FAQ City with host Nick de la Canal.

Prior to his move to WFAE, O'Connor served as General Manager of Rhode Island Public Radio. Before coming to public radio, O'Connor was a producer at ABC News for 22 years. O'Connor holds an undergraduate degree from Georgetown University's School of Foreign Service and a master's in broadcast journalism from Boston University. O'Connor has two children, Katherine and Sean, and is blessed to be living in Uptown with his most significant other Elizabeth Nelson.

LaFontaine E. Oliver was named president and general manager of WYPR in Baltimore in July of 2019, after 6 years at WMFE and 89.5 WMFV in Central Florida. At WMFE, Oliver oversaw the expansion of its news room and local news coverage adding beat reporters, expanding its public affairs program 'Intersection' and launching an award winning education desk. Oliver fostered award-winning news series to give voices to diverse groups. Under Oliver's leadership major efforts included spearheading community engagement efforts to get the station out in the community at diverse events, birthing a Young Friends of 90.7 WMFE, an initiative to connect and engage with young and young-at-heart public radio listeners, and spearheading a marketing campaign designed to encourage active listening and civil discourse in the community with 90.7 WMFE acting as the conduit. In September 2017 Oliver was instrumental in the acquisition of sister station 89.5 WMFV serving The Villages, Leesburg and The Golden Triangle (Eustis – Mt. Dora – Tavares) that went on the air March 3, 2017. Oliver and staff flew to Puerto Rico in October 2017 to deliver equipment to help get a fellow public radio station back on the air after Hurricane Maria. The year 2018 saw a five-year high in listenership, demonstrating the appeal and importance of public radio in Central Florida.

Jay H. Pearce became WVIK's general manager on Oct. 3, 2011, and will also manage the "soon to hit the air" WVIK-FM 90.3 HD2 which will feature news and talk all week and roots music on weekends. More than half of his 40-year career in broadcasting has been in public broadcasting. A Detroit, MI native, Pearce grew up in the Chicago suburb of Winnetka, IL and received a Bachelor of Science degree in Communications and Fine Arts from Southern Illinois University Carbondale, IL. He has worked at radio and television stations up and down Illinois as well as in Missouri and Texas. Additionally, he taught broadcasting journalism at SIU and University of Illinois. Pearce serves on several boards of directors including the River Music Experience in Davenport, IA.; Quad Cities Illinois Rotary Club; ONE Foundation, Bettendorf; Illinois News Broadcasters Association Foundation; and the Illinois Associated Press Broadcasters Association. Pearce's wife, Melisse Trentz, is a Moline, IL native whose ancestors were some of Mercer County's early residents. He has a son, Dale; a daughter, Sara; and a stepdaughter, Mannon (yes, named after the Mercer County community).

Mike Savage is the Director & General Manager at WEKU, a University licensee that serves Central and Eastern Kentucky through four full power FM stations and five translators. WEKU is the only dedicated public radio news station serving Lexington. In many parts of rural Eastern Kentucky, WEKU is the only source of news and information. Under his leadership, WEKU has undergone a financial transformation, going from near insolvency to an organization with a long term strategic plan as well as growth in audience, underwriting and membership. Previously, Mike was General Manager of WBAA in West Lafayette, IN and WKCC in Kankakee, IL. Mike served on the NPR Board from 2014-2017 serving in leadership roles including Vice Chair of the Distribution/Interconnection Committee. In that role, he successfully advocated for a change in the D/I fee calculation for stations to protect stations from large fee increases in the event of CPB defunding. Mike also served on other NPR committees including Strategic Planning, Audit and Membership. Mike has held board positions on state and regional public radio organizations including Indiana Public Broadcasting Stations, Association of Kentucky Public Radio Stations and Public Radio in MidAmerica. He holds a Bachelor's degree in Broadcast Journalism and a Masters in Mass Communication and has been honored with dozens of journalism awards by the Society for Professional Journalists and Associated Press.

Telisa Yancy is the Chief Operating Officer of American Family Insurance, a Madison, Wisconsin-based Fortune 300 company selling auto, homeowners, life, business, and farm/ranch insurance. Ms. Yancy also has held positions with American Family Insurance as Vice President of Marketing and Director of Advertising, Brand, and Media. Prior to joining American Family Insurance in 2009, Ms. Yancy held marketing positions with Burger King Corporation, Ford Motor Company, and Lincoln Mercury. Ms. Yancy was named one of the most powerful women in corporate America by Black Enterprise in 2019, honored by Ebony as part of its Power 100 in 2016, and recognized by Savoy Magazine on its 2016 Top Influential Women in Corporate America and 2014 Top 100 Most Influential Blacks in Corporate America lists. Ms. Yancy earned a Bachelor of Science degree in Business Administration and Management from the University of Illinois and an MBA from Northwestern University's Kellogg Graduate School of Business.

Ms. Yancy is married to jazz saxophonist and recording artist, Yancyy. Together with their 7 year old son, Robert, the Yancy family likes to spend time supporting and volunteering with organizations that help to close the economic and educational gaps among minority communities.

John McGinn has been elected Chair of the NPR Foundation Board of Trustees effective November 1, 2019, and also serves on the boards of New York Public Radio (where he co-chairs the development committee), Radio Diaries, and the American Friends of Covent Garden (where he chairs the nominating committee). During his career in the private sector, John held several leadership roles in consumer lending and risk management. These roles included head of Citigroup's Global Consumer Risk Aggregation unit; Chief Risk Officer for Citi's Student Loan Corporation; and chief of staff for the Chief Risk Officers of both the Global Consumer Group and the Latin American Consumer Bank. Prior to his time at Citigroup, John worked for the Federal Reserve Bank of Chicago.

John has a BA in economics and an MBA with a concentration in finance, both from the University of Chicago. He has remained an active alumnus, previously serving as President of the Alumni Board of Governors and Chairman of the Board of Trustees Joint Task Force on Alumni Relations. John was recently awarded the Alumni Service Medal by the University of Chicago, an honor reserved for extraordinary lifetime service.

John currently lives in New York City with his husband Cary and their two children.

Howard Wollner is a retired Senior Vice President of Starbucks Coffee Company. He held a number of management positions during his tenure at the company, helping to build the company from its early stage of operations to an iconic global brand and business when he retired.

Howard has served on non-profit boards including: IslandWood, a nationally recognized environmental learning center on Bainbridge Island, Washington where he is now an Emeritus Board Member; and the Seattle Foundation. He is currently the Chairman of the NPR Foundation until November 1, 2019 and is a board member of NPR, Inc. in Washington D.C. He also has served on the board of The Contemporary Jewish Museum in San Francisco.

Howard received a BA in History from Georgetown University and an MBA from Seattle University.

Carlos Alvarez was first elected as a Public Director of the NPR Board of Directors in May 2019. He is the Chairman and CEO of The Gambrinus Company, a leading craft brewer in the U.S. A member of Texas Public Radio in San Antonio, Alvarez donated $2 million to the station's campaign to relocate to a state of the art facility and significantly expand its operations. Alvarez currently serves on the boards of Davidson College, the World Affairs Council of America, and the World Affairs Council of San Antonio.