Accessibility links
Manoush Zomorodi Will Be The New Host Of TED Radio Hour Manoush Zomorodi is a journalist, podcaster, and media entrepreneur. Episodes hosted by Zomorodi will debut in the Spring.

Manoush Zomorodi Will Be The New Host Of TED Radio Hour

Manoush Zomorodi Will Be The New Host Of TED Radio Hour 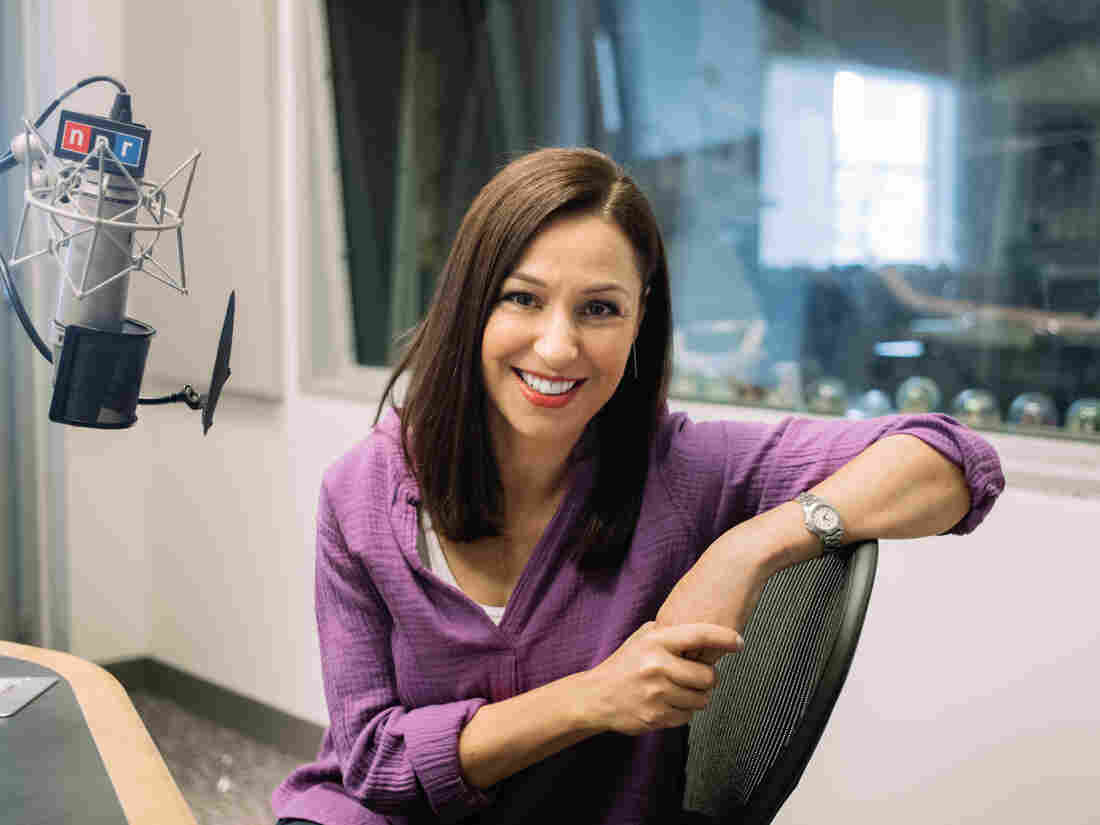 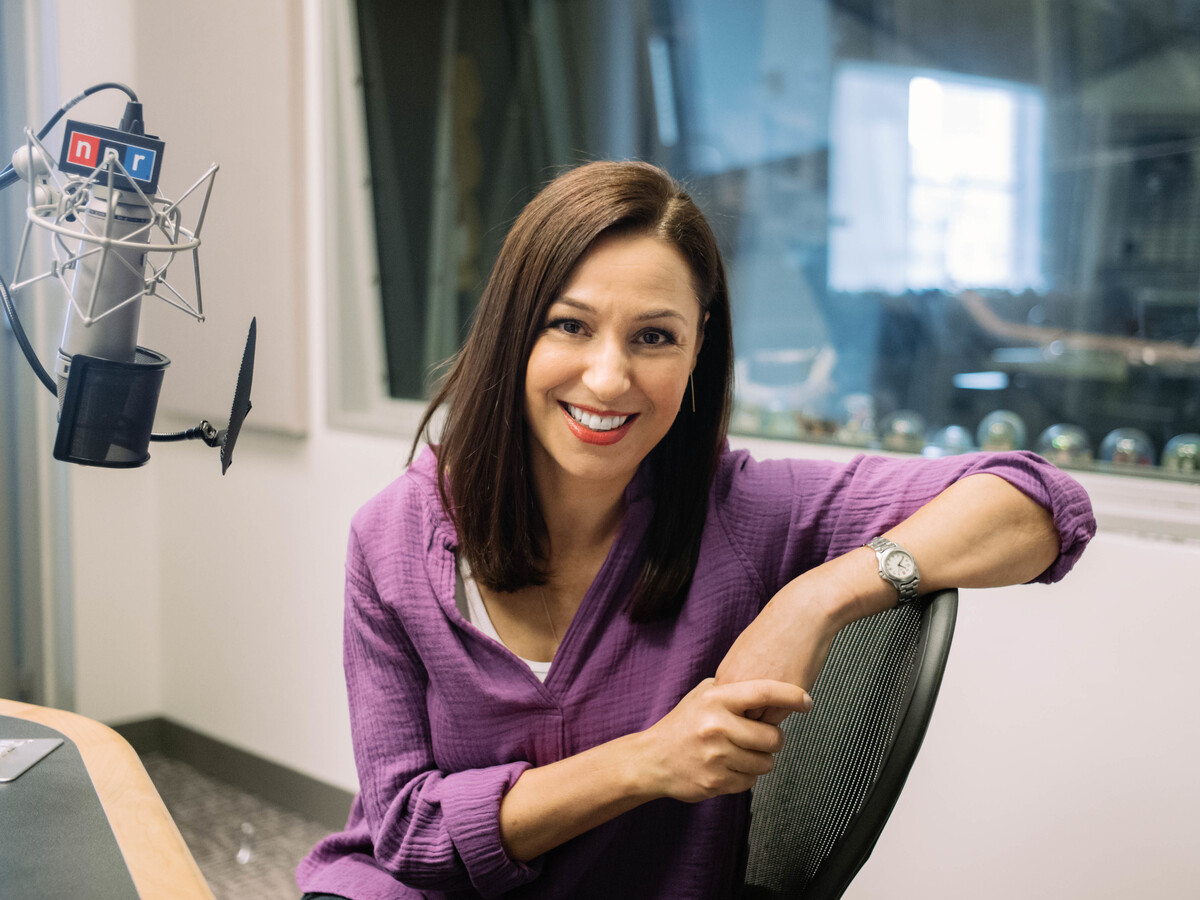 November 5, 2019; Washington, D.C. — NPR and TED announced today that Manoush Zomorodi has been selected as the new host of TED Radio Hour. A narrative journey through fascinating ideas, the TED Radio Houris carried on more than 600 public radio stations and is one of the top podcasts in the world. Since 2013, the show has been hosted by Guy Raz, who announced his departure in July.

Manoush Zomorodi is a journalist, podcaster, and media entrepreneur. She is also the author of Bored and Brilliant: How Spacing Out Can Unlock Your Most Creative Self and her 2017 TED Talk on surviving information overload and the "Attention Economy" has been viewed more than three million times.

"Hosting TED Radio Hour is one of the best jobs in radio/podcasting. Who wouldn't want to interview the smartest people on the planet about their life's work and then collaborate with one of the top teams in audio to turn it into an intimate, educational, and entertaining hour of listening that impacts millions of people around the world?" Zomorodi added, "On a more personal note, the show's mission aligns beautifully with my own professional ambition to continue inspiring people to learn more about the world, their community, and themselves...while also having some fun along the way."

"Manoush's passionate curiosity about how technology is transforming humanity and her ability to make complicated ideas accessible and relevant make her a terrific match for the TED Radio Hour and NPR," said Anya Grundmann, NPR's Senior Vice President of Programming and Audience Development. "We can't wait for NPR's audience to hear her tackle the world of big ideas and be inspired."

"TED Radio Hour has been one of the most important and impactful ways for people to discover TED and the ideas of our incredible speakers. In our search for a new host, we knew we wanted someone who was genuinely curious and passionate about the world of ideas, and could bring their own voice and perspective to that world. We're thrilled to have Manoush — also a cherished member of the TED community and brilliant journalist and entrepreneur — to lead the show into its next phase," said Colin Helms, Head of Media, TED.

"Manoush is such an incredibly talented and engaging host. She brings joy, kindness and deep intellectual rigor to all of her interviews," Guy Raz said. "As a long-time fan of Manoush's work, I am so excited to hear her write TED Radio Hour's next chapter." Guy Raz will continue his work on How I Built This and the children's podcast Wow in the World. Episodes hosted by Zomorodi will debut in the spring; she guest-hosted the TED Radio Hour episode Teaching for Better Humans this summer.

In 2018, Zomorodi co-founded a media company to help people navigate personal and global change. Its first project is ZigZag, a show about the changing culture of business and work. She is also the creator and host of Note to Self, a co-production with WNYC Studios which the Academy of Podcasters named Best Tech Podcast of 2017. She has won numerous awards, including two Gracies for Best Radio Host and is especially proud of the Webby her team won in 2018 for The Privacy Paradox, an interactive digital project about personal data.

NPR's rigorous reporting and unsurpassed storytelling connect with millions of Americans every day — on the air, online, and in person. NPR strives to create a more informed public — one challenged and invigorated by a deeper understanding and appreciation of events, ideas, and cultures. With a nationwide network of award-winning journalists and 17 international bureaus, NPR and its Member stations are never far from where a story is unfolding. Listeners can find NPR by tuning in to their local Member stations (npr.org/stations), and now it's easy to listen to our stories on smart speaker devices. Ask your smart speaker to "Play NPR," and you'll be tuned into your local Member station's live stream. Your speaker can also access NPR podcasts, NPR One, and NPR News Now, and the Visual Newscast is available for screened speakers. Get more information at npr.org/about and by following NPR Extra on Facebook, Twitter and Instagram.

TED is a nonprofit organization devoted to Ideas Worth Spreading, often in the form of short talks delivered by leading thinkers and doers. Many of these talks are given at TED conferences, including our annual gathering in Vancouver, as well as TEDWomen, intimate TED Salons and thousands of independently organized TEDx events around the world. Videos of these talks are made available, free, on TED.com and other platforms. Audio versions of the talks from TED2019 are published to TED's podcast TED Talks Daily, available on all podcast platforms.

TED's open and free initiatives for spreading ideas include TED.com, where new TED Talk videos are posted daily; TEDx, which licenses thousands of individuals and groups to host local, self-organized TED-style events around the world; the TED Fellows program, which selects innovators from around the globe to amplify the impact of their remarkable projects and activities; the Audacious Project, which surfaces and funds critical ideas that have the potential to impact millions of lives; TEDSummit, which gathers the most engaged members of the global TED community for brainstorms, discussions, performances, workshops and an eclectic program of mainstage talks; and the educational initiative TED-Ed. TED also has a growing library of original podcasts, including The TED Interview with Chris Anderson, WorkLife with Adam Grant, TED en Español and Sincerely, X.