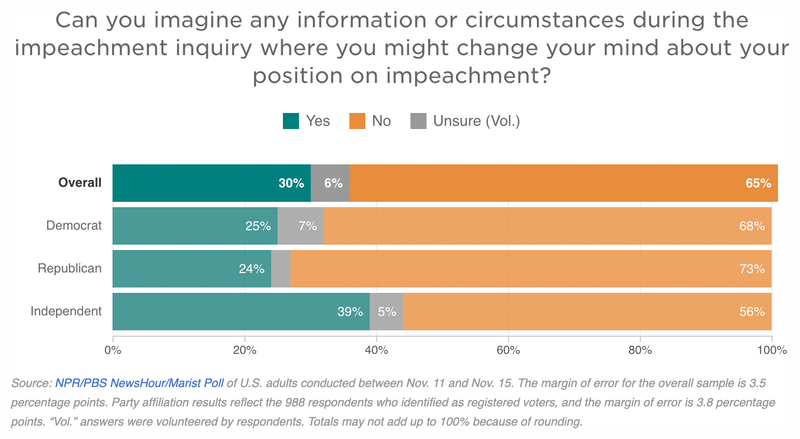 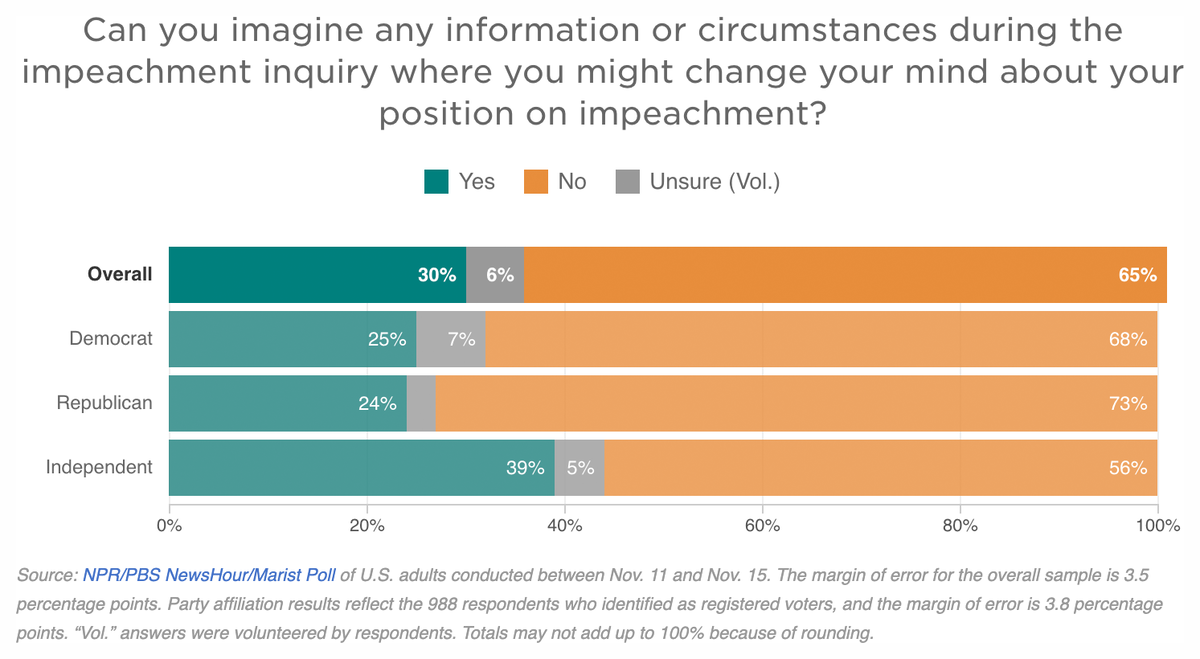 The poll also finds that people are paying at least fairly close attention (63%) to the impeachment hearings, but less than a third say their minds could be changed on whether they support impeachment. Among them, 4-in-10 independents say they're swayable, while just a quarter of Republicans and Democrats say they are.

From what they've heard or read so far from the testimony and evidence presented, by a 47%-to-41% margin, people say they are more likely to support impeachment.

But people are pretty much split down the middle on whether Trump should be impeached and removed from office, 45%-to-44%.

Many people think Trump's actions were wrong – 70% say it is unacceptable for a president to ask foreign leader to investigate a political opponent. But the question is: is that impeachable?

"Strictly on the merits of what has been presented, people think it is wrong for a president to interject a foreign leader into the United States' electoral politics," says Dr. Lee M. Miringoff, Director of The Marist College Institute for Public Opinion. "The disagreement is on whether or not it is a big deal which warrants impeachment."

Among ALL registered voters, qualities people would be "enthusiastic" about voting for in a candidate: