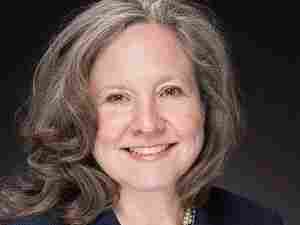 Monday, November 25, 2019; Washington, D.C. – NPR is pleased to report that Sylvia Strobel has been elected as a Member Director to fill an unexpired term vacancy on the Board. She was elected on November 14, 2019, and the term continues through November 2021.

Sylvia Strobel is the Chief Operating Officer for ideastream, where she oversees management of WVIZ/PBS, 90.3 WCPN-FM, WCLV-FM 104.9, the Ohio Channel and Ohio Government Telecommunications, programming, education, talent and technology.

Before joining ideastream, Strobel served on the executive management team of American Public Media Group (APMG) as its senior vice president and general counsel. She was a key adviser on all major business transactions, including acquisitions and joint ventures and oversaw business affairs and government relations for APMG, Minnesota Public Radio, Southern California Public Radio and APMG's additional businesses and entities.

Prior to APMG, Strobel served as CEO of the Alliance for Women in Media (AWM) and the AWM Foundation in Washington, D.C., president and general manager of the Pennsylvania Public Television Network and as an attorney for Twin Cities Public Television and the Corporation for Public Broadcasting. She also co-founded the law firm Lehmann Strobel PLC, where she provided counsel to the arts, cultural and media communities.

She received a B.A. from St. Olaf College, a J.D. from William Mitchell College of Law, and a M.B.A. from the Carlson School of Management at the University of Minnesota. Strobel currently serves on the board of directors of Latino Public Broadcasting (Los Angeles), the Minnesota Humanities Center (St. Paul) and Hospice of Western Reserve (Cleveland), and is on the Governance Committee of the Association of Junior Leagues International (New York). She is a member of the National Press Club, The Federal Communications Bar Association and the Union Club of Cleveland, and is admitted to bar in Minnesota and Pennsylvania. Strobel and her husband have two children.