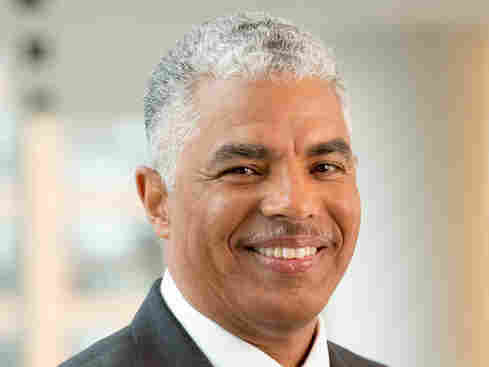 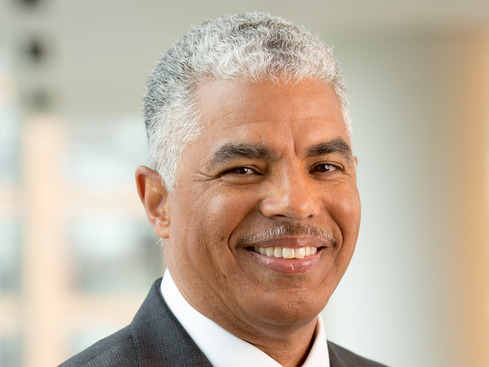 Headshot of Keith Woods at the NPR offices in Washington, DC.

Thursday, January 23; Washington, D.C. — NPR CEO John Lansing announced today that Keith Woods, currently Vice President of Newsroom Training and Diversity, has been promoted to the newly created position of Chief Diversity Officer. As a part of the executive leadership team, Woods will guide NPR's push to expand the diversity of its audience work across NPR and help build a more diverse and inclusive organization.

"I want NPR to reflect diversity, equity, and inclusion in everything we do. As an organization we should be leaders in providing news and cultural programming that speaks to our richly diverse country and connects with an audience that looks and sounds like America – all while creating a welcoming and supportive workplace for all," said Lansing. "To elevate and expand the role of diversity in our thinking and in our work, I am promoting Keith Woods to Chief Diversity Officer. Given his decade of service to NPR, working to strengthen our newsroom and the public radio system, he is ideally suited for this role. Keith will be a thought partner to me and the rest of the executive team, helping us set goals and craft a diversity plan that is responsive to – and accountable to – our staff and the public we serve."

"I'm excited to work with John and my colleagues on these issues and truly focus NPR's attention on bringing more of the public to public radio," said Woods. "We know it will mean hearing more voices from across the country, building and strengthening the diversity of our staff, and reaching out more deliberately in all that we do to embrace audiences who don't yet know who we are or don't yet believe that their stories are our stories."

Woods will report directly to the CEO and continue his leadership and advising roles in key areas, and his team will grow to support that work. He will maintain his position as head of the editorial training unit, lead key diversity initiatives in the newsroom with Senior Vice President Nancy Barnes, advise and support Programming & Audience Development Senior Vice President Anya Grundmann in her diversity efforts, and build on the collaborative work he's done with Chief Human Resources Officer Carrie Storer as she and her team work to strengthen our workplace through training, staff development, recruitment, and employee relations.

Woods came to NPR in 2010 to lead the organization's diversity strategy and has worked with the newsroom on a multi-year effort to increase the diversity of sources. He has trained the staffs of more than 30 public media stations from Canton, New York, to Juneau, Alaska. Before joining NPR, Woods was Dean of Faculty of The Poynter Institute, a school for journalists in St. Petersburg, Florida. He is co-author of The Authentic Voice: The Best Reporting on Race and Ethnicity. While at Poynter, he chaired two Pulitzer Prize juries. He is a native of New Orleans and a graduate of Dillard University and the Tulane University School of Social Work. He is a former sports writer, news reporter, city editor, editorial writer and columnist, working his way through those jobs in 16 years at the New Orleans Times-Picayune.