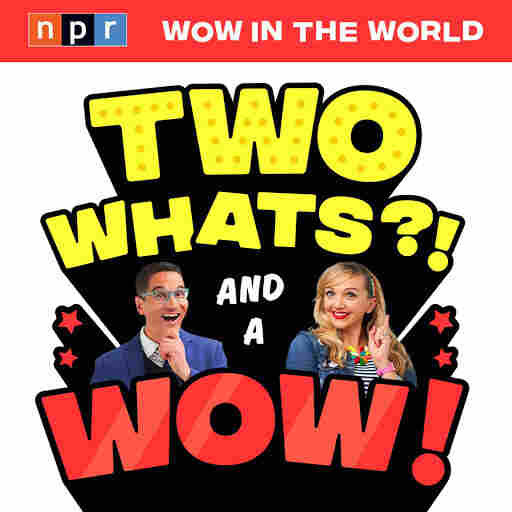 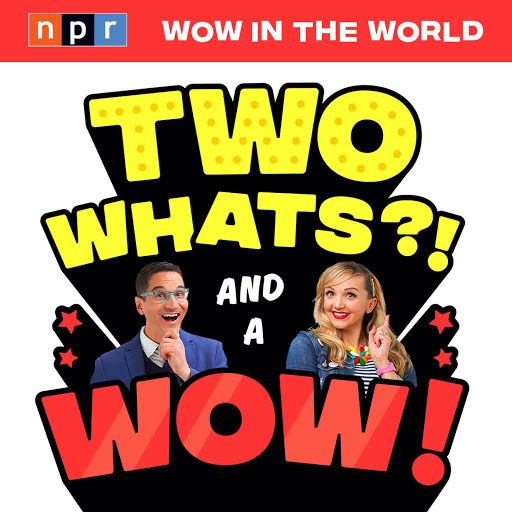 Monday, March 23, 2020; Washington, D.C. – Starting today, NPR's kid-friendly podcast, Wow in the World, will be adding a daily game show. Curious kids and their parents can expect to hear all new full-length episodes of Wow in the World every Monday and a brand new interactive, science-based game show, Two Whats and a Wow!, every Tuesday through Friday.

Hosted by Guy Raz (NPR's How I Built This, Wow in the World) and Mindy Thomas (SiriusXM's Absolutely Mindy Show, Wow in the World), this seven minute daily game show was created as a rapid response to worldwide school closures affecting almost a billion children due to the coronavirus.

Listen to the first episode HERE, and subscribe wherever you get your podcasts.

"As parents ourselves, we are only starting to understand the challenges kids and caregivers face in these incredibly difficult times," said co-creator and co-host Guy Raz. "Schools are closed but minds are open – and we're inviting young listeners to play along. Take a break from passive screen time, and tap into their curiosity."

"Last week so many families' worlds turned upside down. We quickly pulled together our amazing team of tinkerers to help in the only way we know how- by making playful and meaningful content," said co-creator and co-host Mindy Thomas. "We see this as a daily reminder that as we deal with all of the unknowns, both science and scientists are on our side. We're all in this together!"

Wow in the World and Two Whats and a Wow! are produced by the independent children's media company, Tinkercast, and mark the first podcasts for kids and families distributed by NPR in their 50-year history. Two Whats and a Wow! features Tinkercast's signature "cartoon-for-the-ear" production style, family-friendly humor and real science facts drawn from the over 300 weekly listener-submitted voicemails. In their very own version of "Two Truths and a Lie", Mindy Thomas and Guy Raz present three weird, interesting, or wow statements. Players at home are challenged to identify the true "wow" fact from the science fallacies. At the end of the game, players are encouraged to come back tomorrow to hear which was the real "wow" and are left with an at-home STEAM challenge inspired by the daily topic.

At a time when news is hard enough for grown-ups to understand let alone explain to their children, Wow in the World's daily podcasts share stories of hope, progress, innovation, and discovery and inspires families to keep their eyes up, screens down and jaws dropped!

Tinkercast is the leading producer of high-quality educational audio programs for curious kids and their grown-ups. Founded in 2017 by three media veterans, parents and storytellers (Meredith Halpern-Ranzer, Guy Raz, and Mindy Thomas), Tinkercast's mission is to provide screen alternative content that engages the minds of the whole family and inspires today's kids to become the tinkers and thinkers that will shape tomorrow. The company's premiere podcast, Wow in the World, leads curious kids on a creative, auditory journey into the most amazing stories in science, technology and new discoveries. Distributed by NPR, Wow in the World is NPR's first kids and family program in its 50-year history. Since its launch in May 2017, the show has consistently led the growing list of kids podcasts with more than 50 million downloads to date. To learn more, connect with us at www.tinkercast.com, Facebook, Twitter, Instagram or Pinterest.