Accessibility links
Spoken Word Audio Share in the U.S. Up 30% Since 2014 Time spent listening to spoken word audio in the U.S. has increased 30% in the past six years, and 8% in the last year 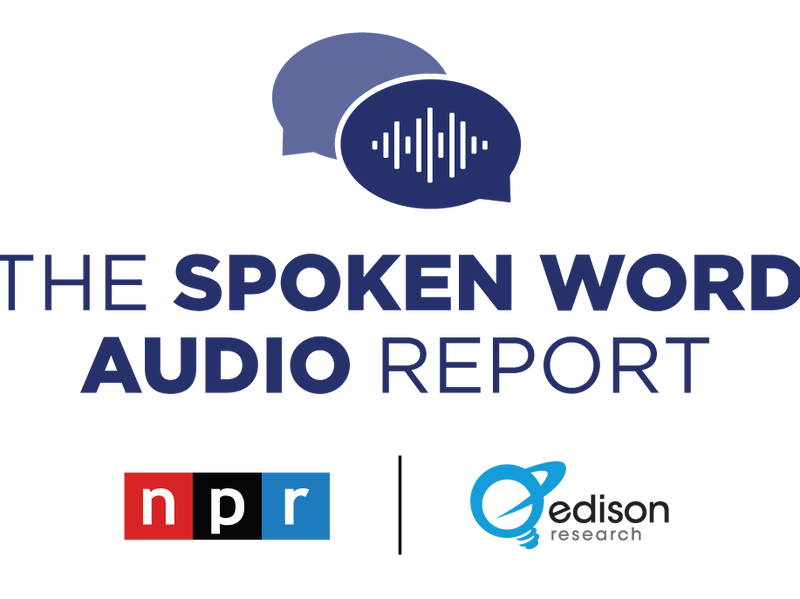 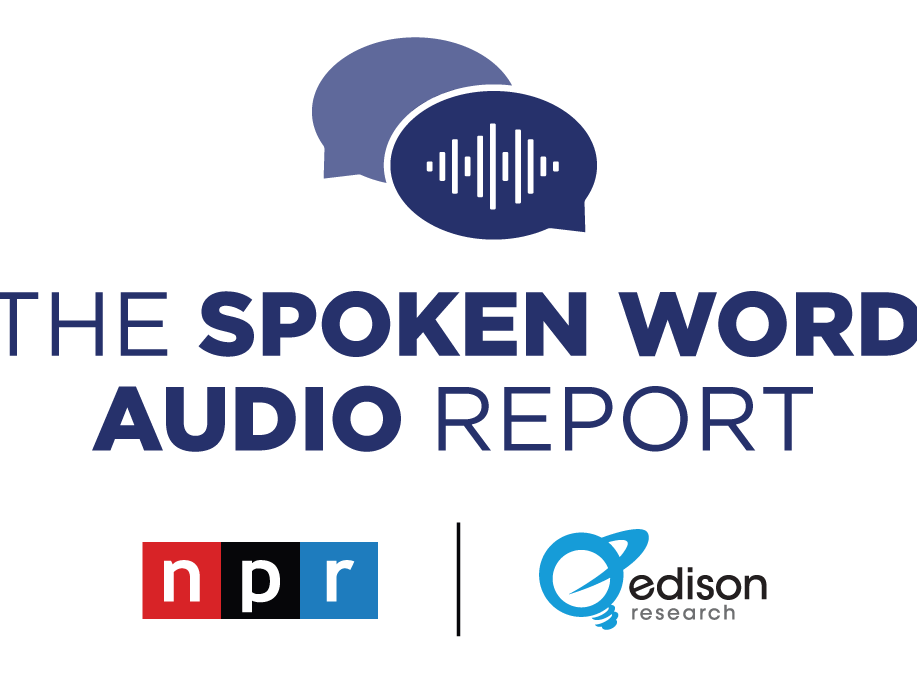 Somerville, N.J. (October 13, 2020) — The share of time spent listening to spoken word audio in the U.S. has increased 30% in the past six years, and 8% in the last year, with the highest levels of growth coming from women, African-Americans, Latinos and 13-34-year-olds. Music's share of listening decreased by 8% over the last six years. These findings are part of the second annual Spoken Word Audio Report from NPR and Edison Research, presented today in a webinar hosted by Edison Research Vice President Megan Lazovick, and Michael Smith, NPR's Chief Marketing Officer. The report is available now at www.NPR.org/spokenwordaudio.

The Spoken Word Audio Report also includes six years of tracking data from Edison Research's Share of Ear® from 2014-2020, which finds the largest increases in the share of time spent listening to spoken word audio among the following groups:

"Growth in diverse listeners is exciting to see and is in sync with our initiatives. As the audio leader, NPR has helped move the needle for spoken word audio and we are encouraged to learn that we are reaching more listeners with our public-service journalism and programming," says NPR CMO Michael Smith.

According to Edison Research Vice President Megan Lazovick, "The spoken word listeners we interviewed across the country gave incredible insight into how important the medium is in people's lives especially during COVID-19 disruptions. People are turning to spoken word audio for companionship, self-improvement, mental health and so much more. While music is still a large part of American's audio diet, spoken word audio is an essential ingredient."

How the study was conducted:

Edison Research Share of Ear®: A total of 4,318 respondents age 13+ completed an online or offline survey which was offered in English and Spanish. Data weighted to national 12+ U.S. population estimates and has been tracked since 2014.

Edison Research conducts survey research and provides strategic information in over 50 countries for clients including AMC Theatres, AMC Theatres, Amazon, Apple, The Brookings Institute, Facebook, The Gates Foundation, Google, the U.S. International Broadcasting Bureau, Oracle, Pandora, The Pew Research Center, Samsung, Spotify, and SiriusXM Radio. The national tracking study The Infinite Dial® and the syndicated Share of Ear® are two of the most widely cited studies in the audio space. Edison is also the leading podcast research company in the world and has conducted research for NPR, Slate, ESPN, PodcastOne, WNYC Studios, and many more companies in the podcasting space.  Edison's network of more than 20,000 experienced interviewers allows the company to conduct research in almost any location. Since 2004, Edison Research has been the sole provider of Election Day data to the National Election Pool. For the 2020 U.S. elections, Edison will provide exit polls and will tabulate the national vote across every county in the United States for ABC News, CBS News, CNN, and NBC News.