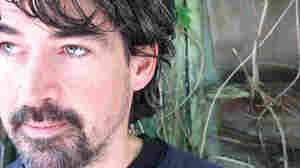 June 13, 2013 • The singer-songwriter has said, as he was writing his new album Still Fighting the War, that "a theme of perseverance through hard times revealed itself." Rock critic Ken Tucker says the record is no downer, and that Cleaves finds complex sentiments and wittily phrased ideas in many of his new songs.

August 18, 2009 • On his new album, Everything You Love Will Be Taken Away, the Maine-raised, Texas-based singer-songwriter mines familiar, pop-tinted Americana territory with veteran craftiness. Hear a performance and interview.

July 22, 2009 • Austin singer-songwriter Slaid Cleaves has been writing meaningful music for many years, but his new album (Everything You Love Will Be Taken Away) is a game-changer. Cleaves recently stopped by KUT's Studio 1A to share some of his new songs.