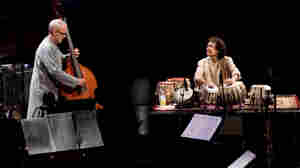 June 22, 2018 • Explore the influence of Indian music on the jazz and rock scenes of the '60s with tabla virtuoso Zakir Hussain, prolific bassist Dave Holland and their international ensemble, Crosscurrents. 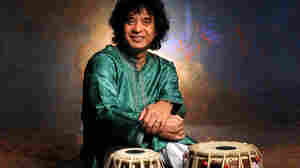 January 8, 2015 • Schooled from birth in an ancient instrument, Zakir Hussain always wanted to rock. He found a way to do both after George Harrison gave him some shrewd career advice. 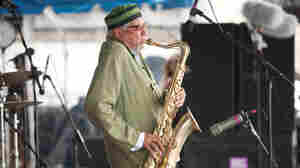 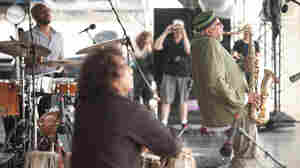 July 24, 2014 • Charles Lloyd is celebrating his 75th birthday with a new album, Hagar's Song, and concert in the Temple of Dendur at the Metropolitan Museum of Art in New York City.

October 2, 2009 • The world of music seems to have fewer and fewer borders these days. Bela Fleck, Edgar Meyer and Zakir Hussain are players who regularly cross over into new frontiers. Now, all three have collaborated on an album called The Melody of Rhythm. 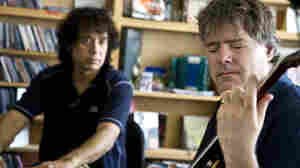 July 26, 2010 • Individually, Fleck, Meyer and Hussain are world-class masters of the banjo, the bass fiddle and the tabla, respectively. Playing together in the offices of NPR Music, the three demonstrate the way musical mastery can be transformed into an exercise in wordless communication.