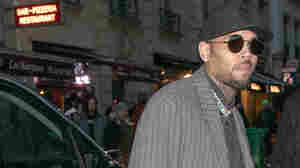 January 25, 2019 • A lawyer for the singer told reporters in France that his client had "no sexual relationship" with his accuser. 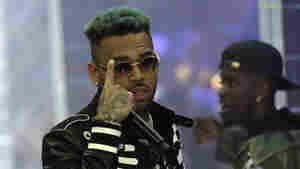 Chris Brown performs during Fashion Week last fall in Milan, Italy. The Paris prosecutor says the singer and two other individuals were arrested. Brown has been accused of rape and narcotics possession. Luca Bruno/AP hide caption

Chris Brown Arrested On Charges Of Rape In Paris

January 22, 2019 • The R&B artist, along with two unnamed men, has been arrested on charges of "aggravated rape" and multiple narcotics offenses. 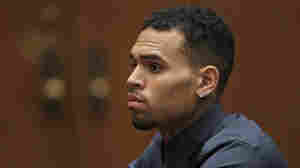 May 10, 2018 • An anonymous woman, represented by high-powered attorney Gloria Allred, filed a civil suit yesterday in Los Angeles with allegations of being repeatedly raped and assaulted at Brown's home. 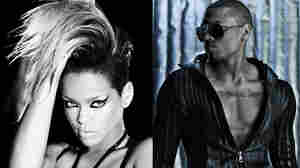 Are Rihanna and Chris Brown sending each other notes over the airwaves? courtesy of the artists hide caption

Are We Eavesdropping On Rihanna And Chris Brown?

November 4, 2009 • Back in February, Rihanna and her boyfriend, fellow pop star Chris Brown, got into an altercation as they were heading to perform at the Grammy Awards. In late August, he was sentenced to five years' probation for felony assault. Today, it might be possible to pick up on how Brown and Rihanna are doing via their music.

Are We Eavesdropping On Rihanna And Chris Brown?