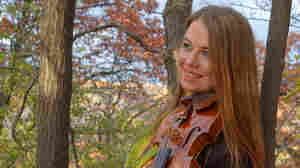 An undated portrait of the violinist Lara St. John. Martin Kennedy/Courtesy of the artist hide caption

September 23, 2020 • In a report released Tuesday evening, Philadelphia's Curtis Institute of Music said that violinist Lara St. John's account of being raped and sexually abused by her teacher is credible. 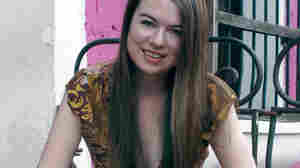 Violinist Lara St. John was once described as having "a controversial sense of fun." Billy Kass hide caption

July 29, 2010 • The violinist, once described as having a "controversial sense of fun," reflects on her self-confidence and her much-discussed album covers. 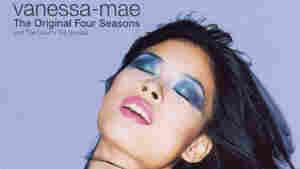 July 29, 2010 • What do classical music's album covers say about how we expect women performers to look?

November 11, 1996 • Noah talks to violinist Lara St. John about her new CD, "Bach Works for Violin Solo." The cover of the CD is a photograph of St. John in a seductive pose. Even though the music has been receiving a good deal of critical acclaim, she -- and her record company -- have been criticized for using a sexually provocative photo as a way to sell classical music.